Accessibility links
Stone Age Chefs Spiced Up Food Even 6,000 Years Ago : The Salt Looks like our prehistoric ancestors were bigger foodies than we realized. Archaeologists have found evidence that hunter-gatherers added a hot, mustard spice to their fish and meat thousands of years ago. So meals weren't just about consuming calories. Taste and flavor were important, too.

Stone Age Chefs Spiced Up Food Even 6,000 Years Ago

Stone Age Chefs Spiced Up Food Even 6,000 Years Ago 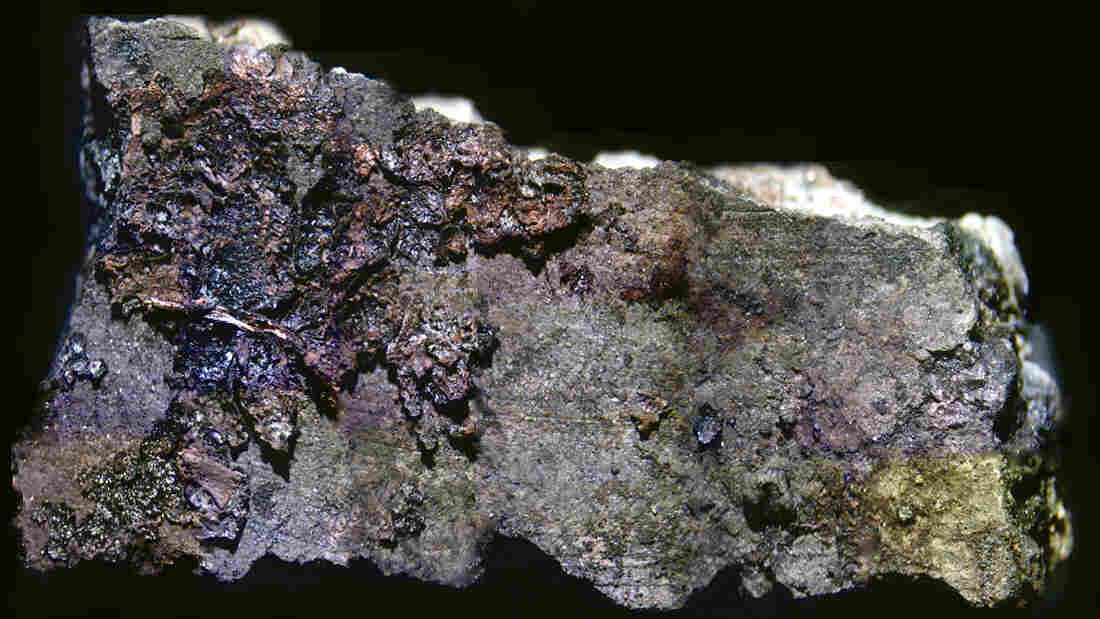 Prehistoric Deer Stew? A fragment of pottery found in Neustadt, Germany, is coated in the microscopic remains of crushed mustard seeds and roasted fish and ruminant meat, possibly deer. This shard dates back to about 5,900 years ago. Courtesy of University of York, BioArch hide caption 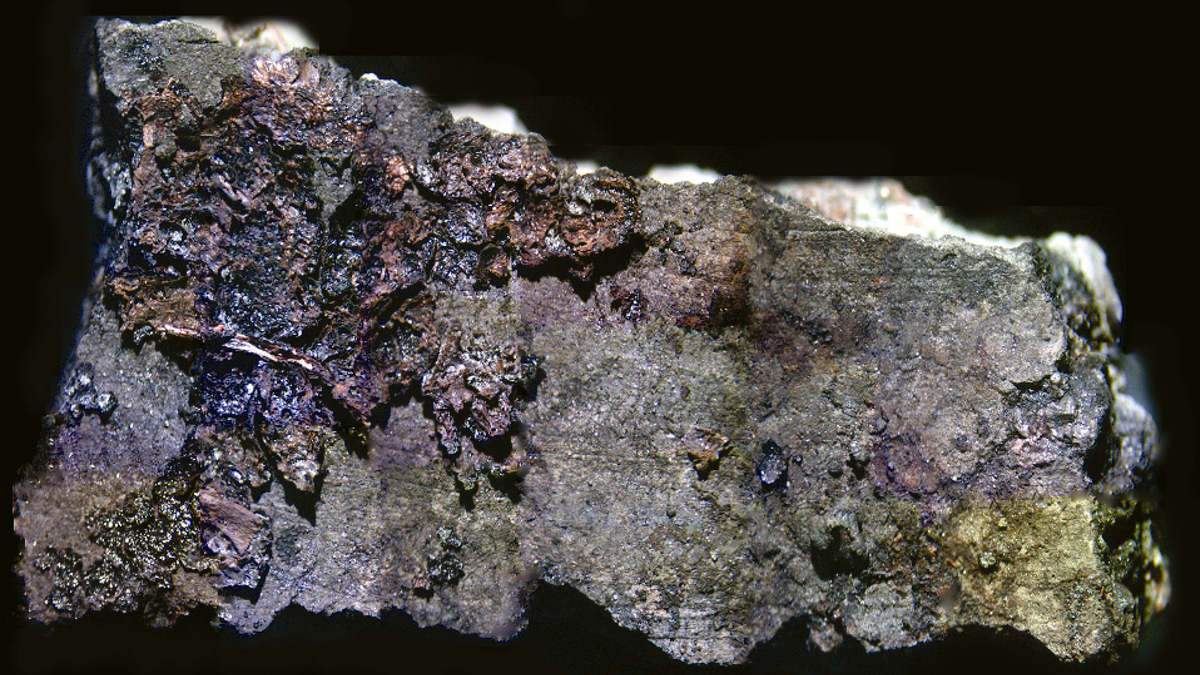 Prehistoric Deer Stew? A fragment of pottery found in Neustadt, Germany, is coated in the microscopic remains of crushed mustard seeds and roasted fish and ruminant meat, possibly deer. This shard dates back to about 5,900 years ago.

Courtesy of University of York, BioArch

The French may have coined the term "gourmand" a few hundred years ago, but it looks like humans were flexing their foodie muscles thousands of years before that.

Scientists have found the first direct evidence that European hunter-gatherers flavored their roasted fish and meat — probably deer — with at least one spice: garlic mustard seeds. 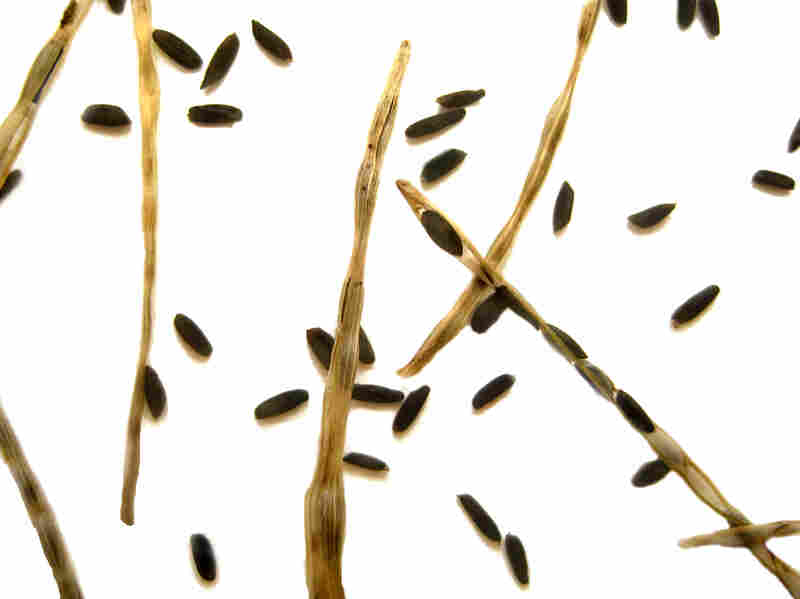 Hot Like Wasabi: Seeds of the garlic mustard plant have a peppery, pungent flavor similar to horseradish. Virens/Flickr.com hide caption 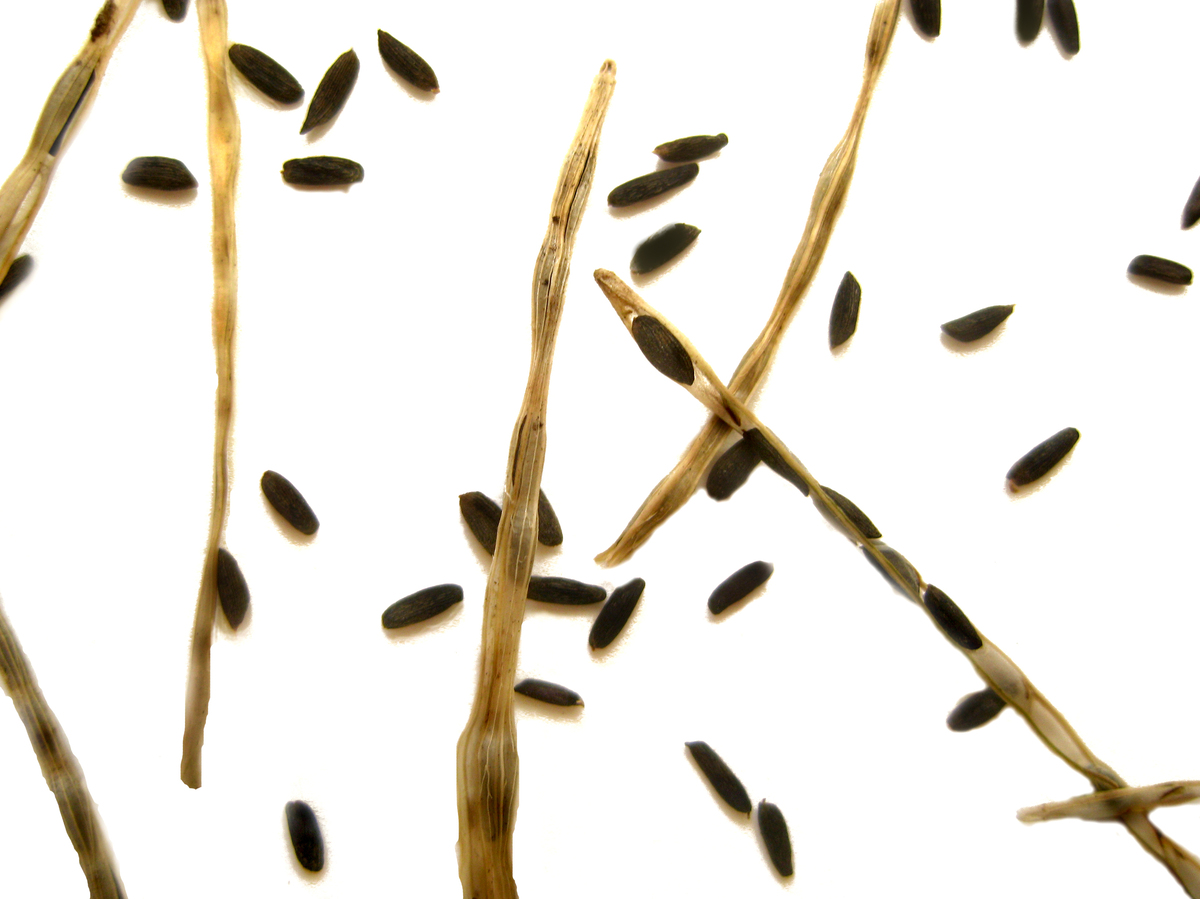 Hot Like Wasabi: Seeds of the garlic mustard plant have a peppery, pungent flavor similar to horseradish.

Pottery shards that date back to about 6,000 years ago — or right before farming was well-established in northern Europe — contain microscopic fossils of crushed mustard seeds, archaeologists report this week in the journal PLOS One.

"It's the earliest known use of spice," says the University of York's Hayley Saul, who led the study.

The tiny black seeds have a hot, wasabi-like flavor, but they have negligible nutritional value. So the only reason they would end up in a Stone Age crockpot is for taste and flavor, Saul says.

In other words, eating wasn't just about getting calories for hunter-gatherers in northern Europe. "They were definitely valuing the flavor in the food, too," Saul tells The Salt. "Cooking and producing food was a very creative process for them."

"We often think that what drove people to choose certain foods in prehistory was calories: They want to get the most food from their environment," she says. "But in the last decade, people have started to think that eating was much more of a social thing back then. It was about sharing and showing off the prestige of the food." (Who knows what they would have done if they'd had Instagram back then.)

Not many of us cook with garlic mustard seeds these days, but we probably would have thousands or even hundreds of years ago.

The plant is a member of the broccoli family, and it's related to horseradish, cabbage and kale. The crushed seeds have a peppery flavor, while the leaves taste like a mix between garlic and broccoli, says foraging master Russ Cohen.

Want To Add Prehistoric Spice To Your Meals? The garlic mustard plant is an invasive species in the U.S. and common in many backyards and parks. Master forager Russ Cohen explains how to find and prepare the plant's peppery, garlicky leaves.

"The plant is native to Europe and really common nowadays," Saul says. "It's easy to collect a lot of the seeds quite quickly." (In the U.S., garlic mustard seed is actually an invasive species — one group in Michigan is encouraging foodies and chefs to forage for it to stop its spread.)

Previous studies have found fossils of other spices, like coriander, turmeric and capers, near prehistoric cooking vessels across Europe. But those sites date back to only about 4,000 to 5,000 years ago, when people in western Europe were already adopting agricultural practices.

"Spices from Asia and the Middle East are thought to have moved into northern Europe after agriculture," Saul says. "We have found a native species — the garlic mustard seed — and it dates back to pre-agricultural times."

Furthermore, Saul and her colleagues at the University of York identified the seeds directly inside a cooking pot, all mixed together with what was probably charred fish or meat, she says. So there's little doubt the Stone Age chefs were adding the spice to the food.

Saul and the team scraped off the food residues from pottery fragments found at three archaeological sites in Denmark and Germany. Two of the sites were in bogs, while the third was in ocean water.

So how did the crushed mustard seed survive in such wet conditions for 6,000 years? Most of it didn't, Saul says. But microscopic bits, called phytoliths, made the trip through time.

To archaeologists, phytoliths are essentially plant microfossils. While plants are living, they take up silica from the soil and distribute the minerals in particular patterns around their cells. The silica is tough and doesn't decay. So long after the crushed garlic seed has decomposed, the tiny phytoliths are still around.

The shape and structure of the phytoliths is distinct for many plants and serves as kind of a fingerprint for each species. And that's what Saul and the team found in the 6,000-year-old pots — phytoliths that matched those for garlic mustard seeds.

"The discovery shows how prehistoric people were really in tune with the sophisticated properties of their environment," Saul says. "And they knew how to manipulate that in the kitchen."