Accessibility links
In Canada, Maine Lobstermen Get Both A Rival And A Tutor : The Salt Lobsters are Maine's signature industry, but it's Canada who seems to be doing the better job of marketing its crustaceans. And as Maine lobstermen face record-low prices, the state is hoping to take a few lessons from the success of its northern neighbor. 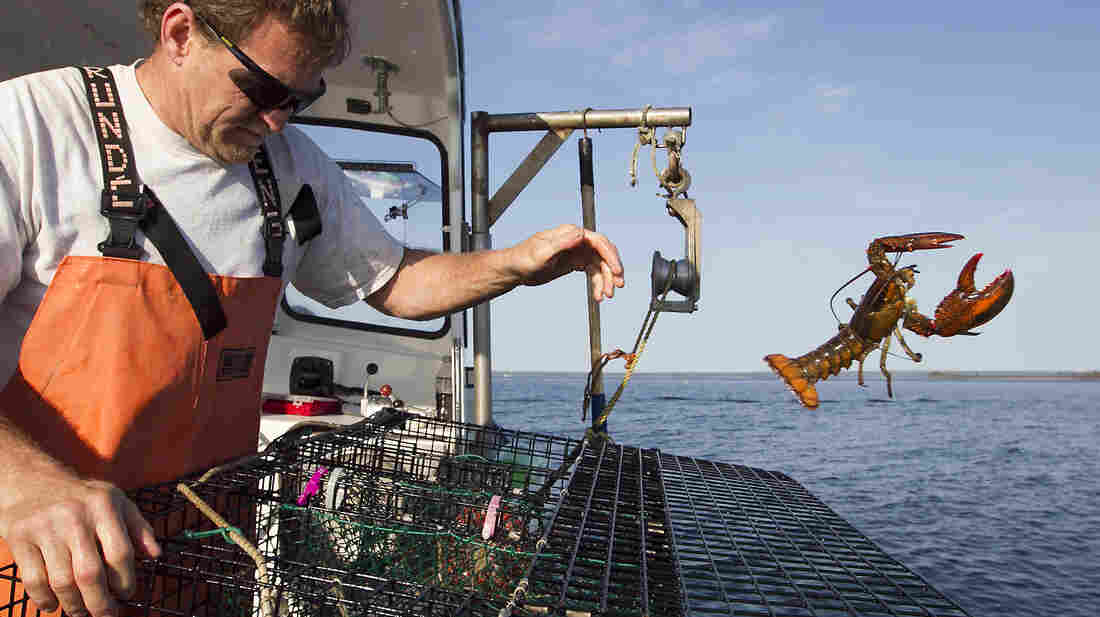 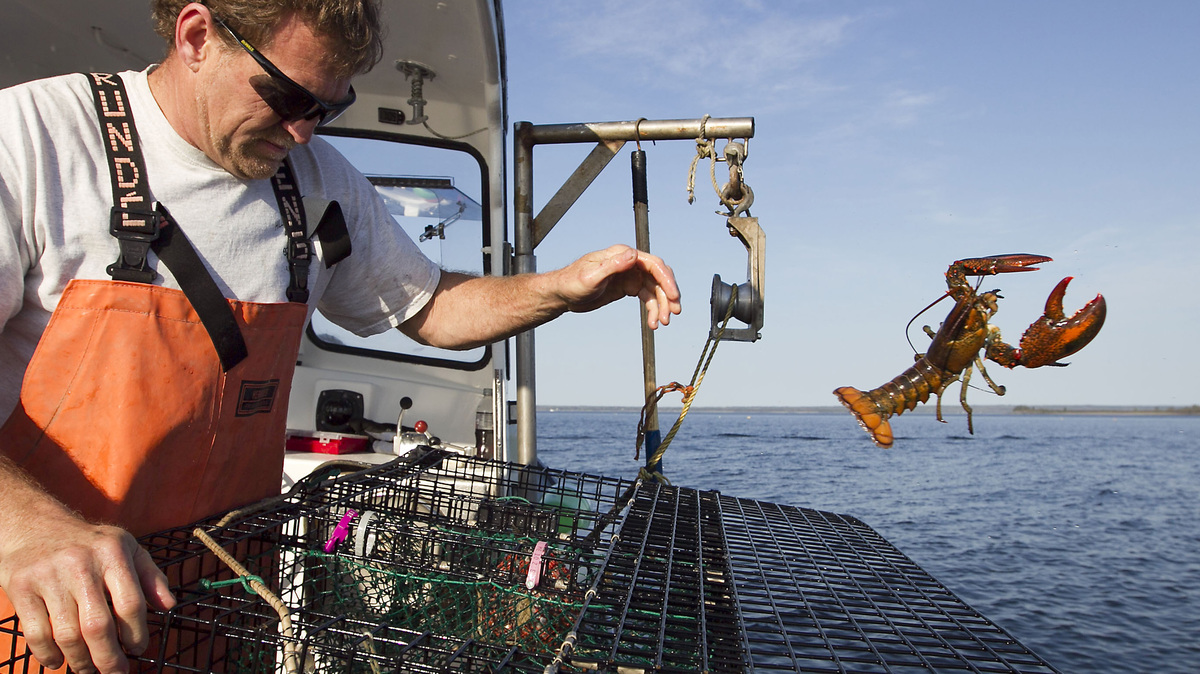 There's nothing quite like the sweet, succulent taste of Maine lobster. And fishermen off the state's rocky coastline have been catching more and more of the tasty crustacean over the past five years.

But that surging supply has overwhelmed Maine's limited marketing and processing capabilities and driven down the prices paid to lobstermen.

A year ago, as NPR previously reported, early molting, caused by warmer seawater temperatures, flooded the market with an excess supply of soft shell lobsters. This summer has been a more normal season. But that hasn't translated into a better boat price for lobstermen, who say it's getting harder and harder to break even.

"We're paying four times what we paid for fuel when I started fishing," says Thurman Radford, who has been lobstering for 22 years.

"We're paying 10 times what I paid for bait" back then, he says. "And the price of lobsters is lower today than it's been in the history of the state of Maine."

Patrick Keliher, who runs Maine's Marine Resources Department, has been meeting with struggling lobstermen like Radford all summer. Keliher sums up the problem in six words: "We're catching a lot of lobsters."

"You look at how commodities are marketed, generically, around the world. ... Maine lobster is not doing that at all," he says. "We spend $350,000 a year marketing lobster. What does that do? Nothing. It does absolutely nothing."

So the state is increasing fees on the industry to pay for a new, $2.4-million-a-year marketing campaign. It's being designed by Jon Stamell, CEO of FutureShift.

Stamell says that Canada, where lobsters have a harder shell, is doing a better job marketing its lobsters. But Maine, he says, can change this dynamic by refocusing its marketing on how its lobsters taste.

"If you go out and you talk to chefs," Stamell says, "they will tell you soft-shell lobsters have more flavor."

Maine's soft-shell lobsters, he adds, "are sweeter, brinier," he says. "And the reason for that is there's water inside the shell. The meat is marinating live."

But for Maine's new marketing approach to work, the state will have to find a way to grow another side of the business where Canada has also had an advantage: lobster processing facilities.

John Hathaway is CEO of Shucks Maine Lobster, one of just 14 such facilities in the state. Using a machine that Hathaway calls a "mothershucka," his company can process as much as 30,000 pounds of soft-shell lobster a day. The live lobsters are loaded into a narrow tank of water, where high pressure kills the animals in about six seconds, Hathaway says.

But the vast majority of this type of lobster processing takes place not in Maine but in Canada.

"We sell the world's greatest food product in the highest possible volume at the lowest possible price to Canadian processors" — tens of millions of pounds a year, Hathaway laments.

More than two dozen large processors in Canada's Atlantic Maritimes then add value to Maine's signature seafood product before shipping it back to the U.S. with a "Made in Canada" label on the box.

Maine Gov. Paul LePage says he'd like to see every pound of lobster caught in Maine waters carry a "Made in Maine" label within three years.