Accessibility links
To Grow Sweeter Produce, California Farmers Turn Off The Water : The Salt California's small producers of tomatoes, grapes and other crops are increasingly taking up dry farming, which involves growing crops without watering them for months. The technique, which obviously saves water, can produce more flavorful crops. 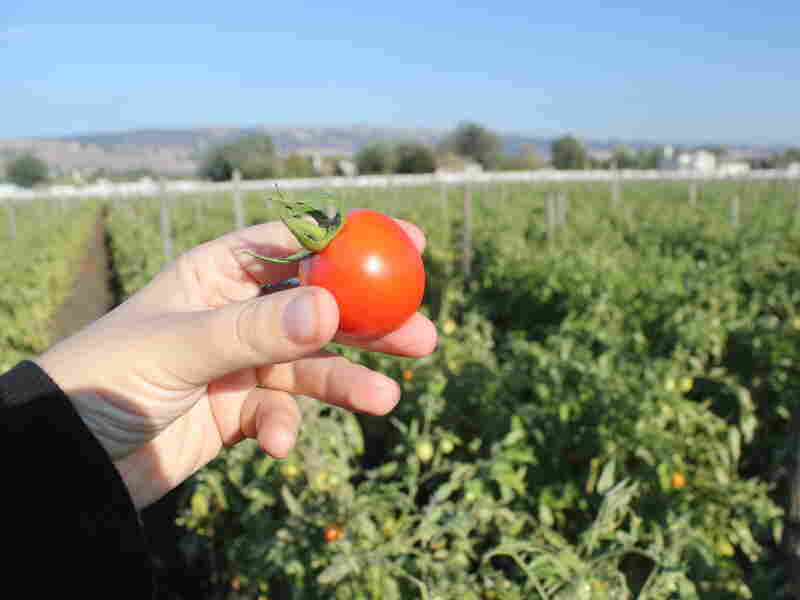 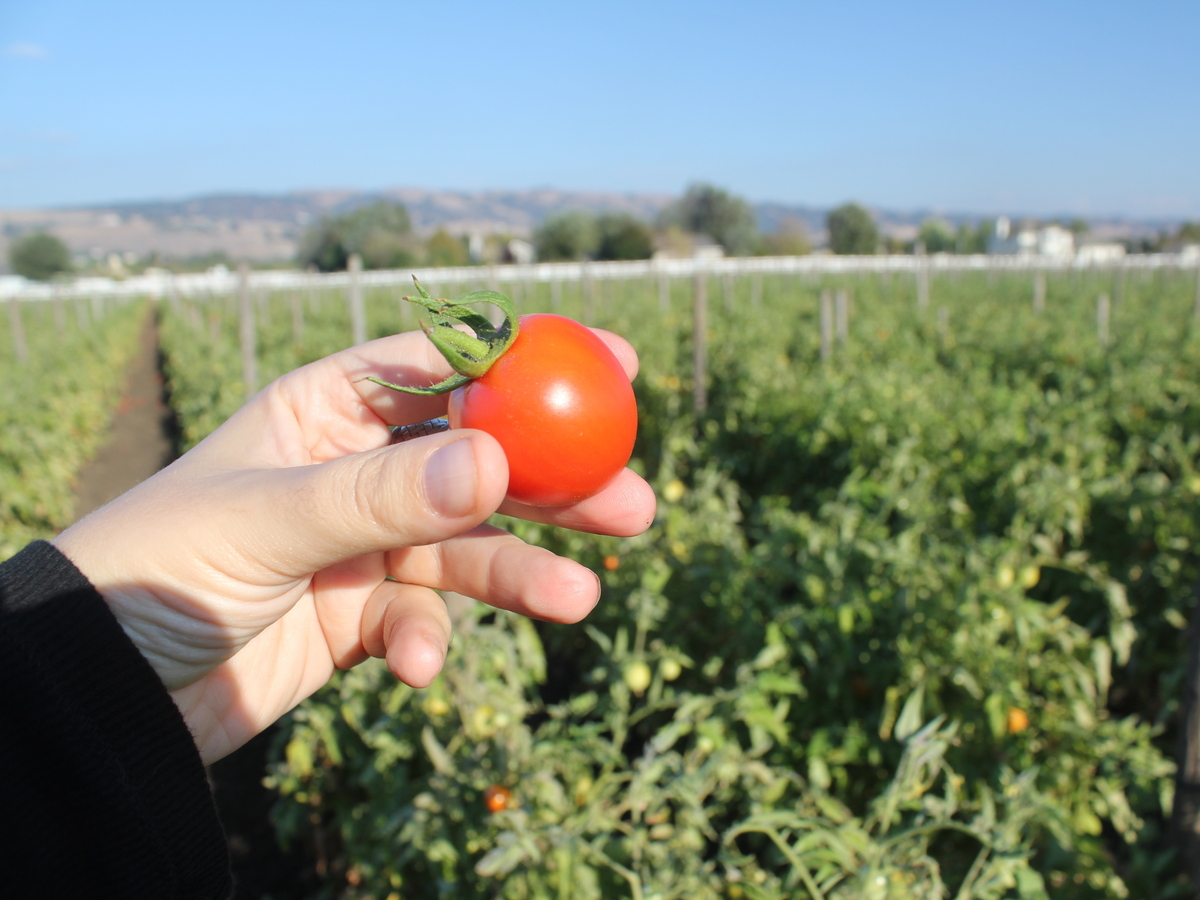 A week without water can easily kill the average person.

But a garden that goes unwatered for months may produce sweeter, more flavorful fruits than anything available in most mainstream supermarkets — even in the scorching heat of a California summer. Commercial growers call it "dry farming," and throughout the state, this unconventional technique seems to be catching on among small producers of tomatoes, apples, grapes, melons and potatoes.

At Happy Boy Farms, near Santa Cruz, sales director Jen Lynne believes dry farming could be an important agricultural practice in the future, when water will likely be a less abundant resource.

But the taste of her dry-farmed Early Girl tomatoes is the main reason chefs, wholesalers and individuals around the country are increasingly calling to place orders. She notes that many calls come from places where rain falls through the summer, making dry farming impossible.

"Once you taste a dry-farmed tomato, you'll never want anything else," she says, adding that she could be selling hundreds of 14-pound cases per day if her 10-acre tomato field could meet the demand.

At Whole Foods Market in Sebastopol, about 50 miles north of San Francisco, dry-farmed tomatoes have become a shopper attraction, according to produce buyer Allan Timpe.

"People definitely come here to get them," he says. "Once someone tastes a dry-farmed tomato, you've got a customer for life."

The idea behind dry farming is that by restricting a plant's water intake, its fruits wind up with less water content and a greater density of sugar and other flavor compounds. But the practice isn't as simple as just cutting off the water. First, dry farming in sandy soil, through which water drains easily, doesn't work. Just as importantly, the plants, or trees, must be dry-farmed from the time they're planted.

"We get the plants going with a little water, then cut it off after a few weeks," says Kevin McEnnis, who dry farms Early Girl tomatoes at Quetzal Farm in Santa Rosa.

Then, he explains, as the young but quickly growing vines become thirsty, they send their roots deeper underground than they otherwise would to find moisture, which can remain in the soil all year.

A technique that also helps dry farmers lock water underground is frequently tilling the top foot of soil into a fluffy dust layer. Underground moisture that creeps upward through the earth cannot break through this layer, and it remains below the surface.

But farming without irrigation has a major drawback: dramatically reduced yields.

Stan Devoto, a farmer in Northern California, says his dry-farmed trees produce 12 to 15 tons of apples per acre per year. Irrigated trees, on the other hand, may bear 40 or 50 tons. And McEnnis says he harvests about 4 tons of tomatoes off his acre of vines each summer and fall, whereas conventional growers may reap 40 tons per acre.

Indeed, in most areas of conventional agriculture, dry farming is unprofitable and unusual. Exceptions include most European wine grapes — which local winemaking laws actually require be grown without irrigation — and much of America's grain production.

Paul Vossen, a University of California farm adviser in Sonoma County, says many people who dry farm do so only because they have no water with which to irrigate their land. "They do it because they have to, and so they'll make it part of their marketing strategy," he says.

But winemaker Will Bucklin, of Old Hill Ranch in the Sonoma Valley, has an underground water supply. Still, he dry farms 15 acres of old-vine Syrah, Zinfandel and other varieties; he's one of just a few California winemakers currently dry farming. His grapes are smaller, and yields at harvest time slightly lower, than on irrigated vineyards.

"But the small size of the berries means there is a lower juice-to-skin ratio," Bucklin says.

Since grape skins contain flavor-making tannins and polyphenols, dry farming can — at least in theory — produce richer, more intense wines. Bucklin concedes that he isn't certain that a novice taster, or even an expert one, could tell a dry-farmed wine from a conventional one in a blind tasting.

But in a highly populated state where water tables are dropping and rivers dwindling to trickles, Bucklin is confident, at least, of one thing:

"I'm using a lot less water than my neighbor."