Accessibility links
Wine Has Sommeliers. Now, Beer Has Cicerones : The Salt A new program is working to bring the same level of knowledge that sommeliers have about wine to the world of malt and hops, by turning out batches of certified beer experts known as cicerones. 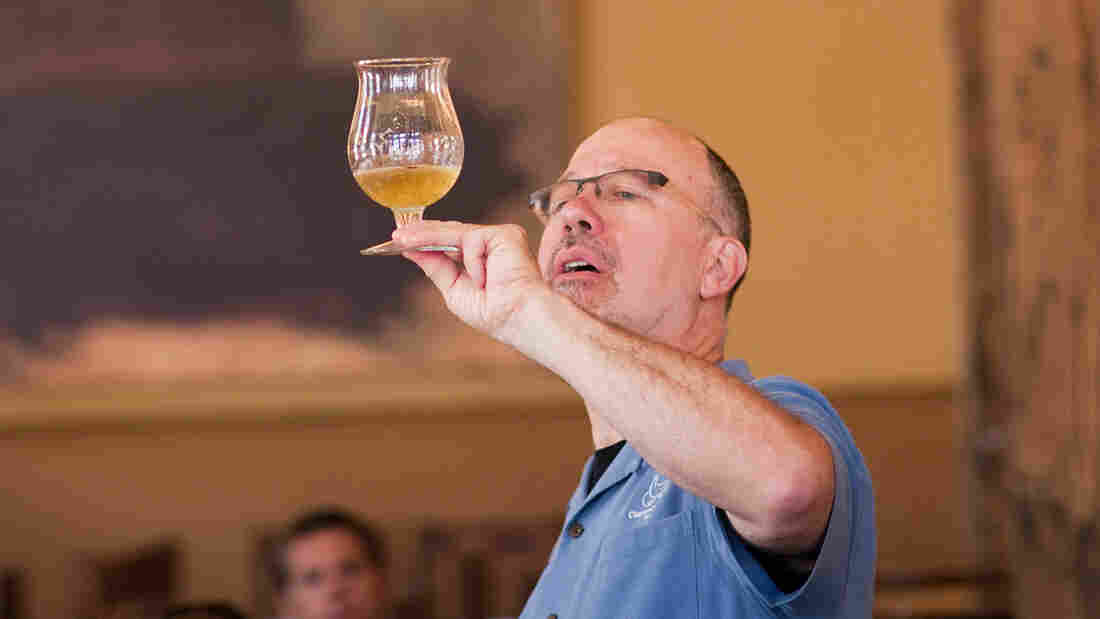 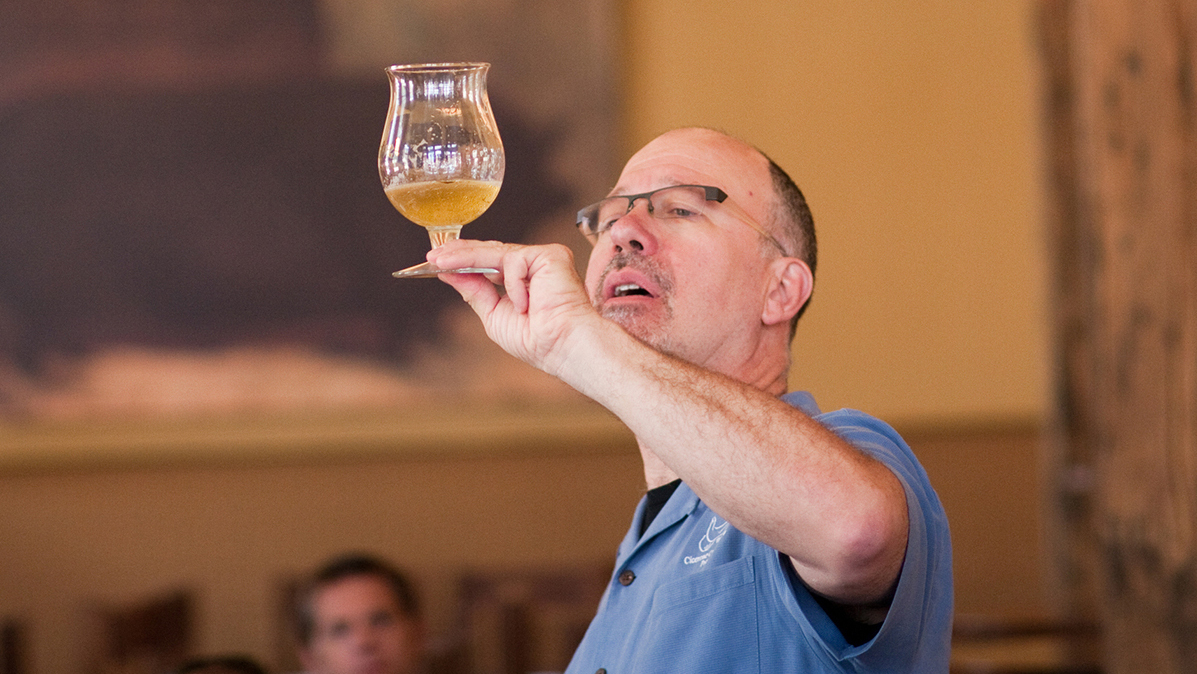 If you've been to a fancy restaurant, you've probably seen a sommelier — those wine experts who make sure you get the best possible match for your meal. But what if you don't want a chardonnay or pinot? What if you want a nice cold beer?

A new program is working to bring this same level of knowledge to the world of malt and hops by turning out batches of certified beer experts known as Cicerones.

Ray Daniels, a Chicago brewer, started the Cicerone Certification Program five years ago. And he jokes that he did so for a fairly simple reason: bad beer.

"You'd go into a place that had a lot of taps, that you'd think might know their beer. And they really didn't," Daniels sighed. So Daniels came up with the Cicerone exam to standardize a canon of beery knowledge.

There are three levels of of Cicerones, starting out with Certified Beer Servers (an online exam), Certified Cicerones (an in-person test, complete with a tasting component), and the top level of Master Cicerone (an in-person exam lasting two days). The exams focus on five basic components: keeping and serving beer; beer styles; flavor and tasting; brewing process and ingredients; and beer and food pairing.

This may sound a bit complex. And it is: Only about a third of test takers pass (and the numbers are even lower for the Master Cicerone certification). But Daniels stresses that he's not trying to set up some elitist system. Enjoying a beer is a simple pleasure. It's just that beer itself isn't so simple.

"Beer is a fragile product," Daniels notes. "It can be ruined instantly by certain types of handling. So the people in the beer business — from the brewery all the way to the waiter or waitress — need to understand the complexity of beer."

So far, only seven people have achieved the top level of Master Cicerone. But about 900 have passed the regular exam, and an additional 27,000 have become Certified Beer Servers. And the beer world is taking notice.

Many breweries encourage employees — from brewers to servers to distributors — to study for the Cicerone exam. Portland-based craft brewer Widmer Brothers has gone a step further: It pays for exams and sets up study programs, and it will even require the basic level for certain employees by the end of the year.

Widmer's brewing manager, John Eaton, says it makes a lot of sense. "The last thing a brewer wants," he says, "is for a consumer's first interaction with your beer to be not the beer that you wanted them to interact with."

And that bad interaction can happen when there's something wrong with the beer — from dirty keg lines to brewing mishaps — which the Cicerone training will help employees identify. But Eaton says a bad interaction could also happen when someone just doesn't know how to give you the right beer. While wine has its own language, beer servers are often at a loss as to how best to match a drinker to the right beer.

And when Cicerones study up so that they understand — and can communicate — these differences, there's a better chance that they can help get the right beer into customers' hands. And that's something that any beer lover can drink to.