Accessibility links
For Restaurant Workers, A Struggle To Put Food On The Table : The Salt Fast food and restaurant work used to be seen as an entry point for the young. Today, the average such employee is 29, and nearly a quarter are parents. For these workers, current wages are hardly enough to support them, let alone their families. 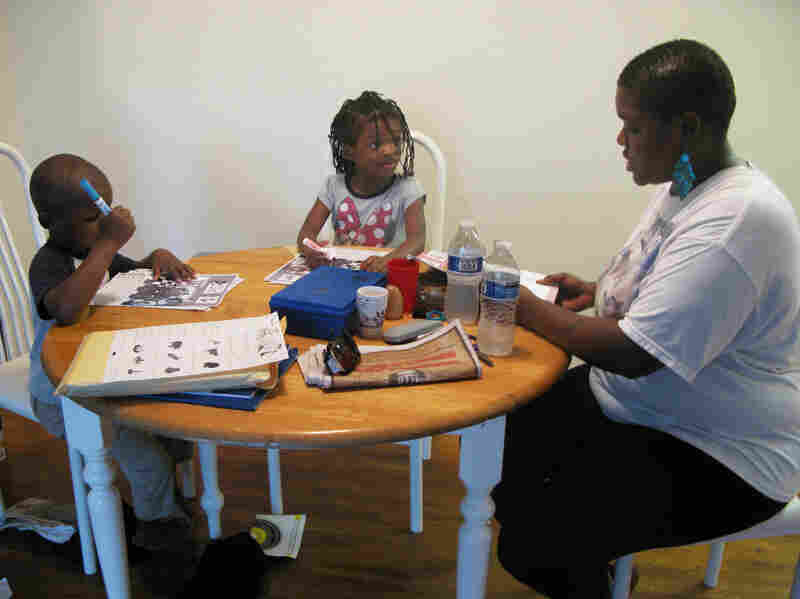 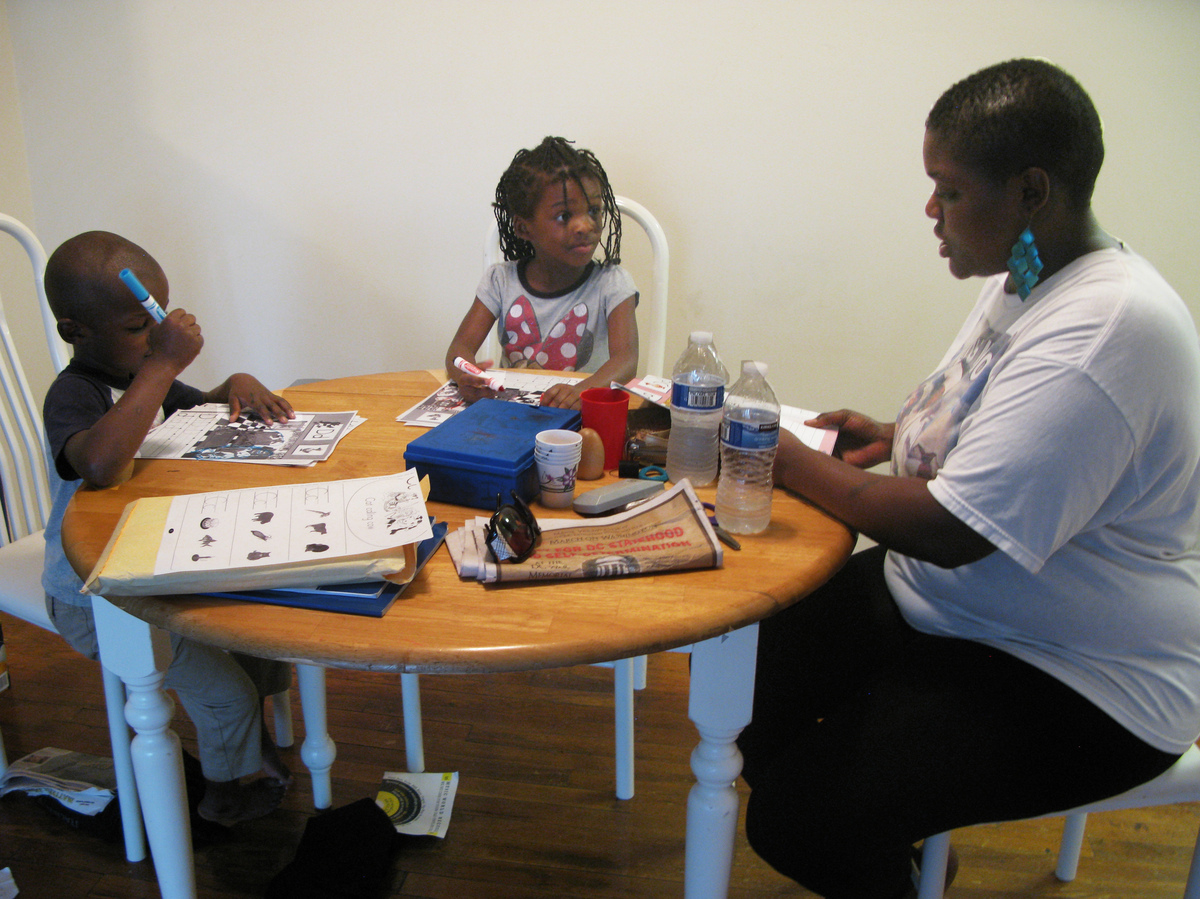 Losia Nyankale, 29, didn't mean to make a career in the restaurant business. But after Nyankale was in college for two years, her mom lost her job as a schoolteacher and could no longer pay tuition. Then, Nyankale's temp jobs in bookkeeping dried up in the recession. So she went back to her standby — restaurant work.

"I did some kitchen work. The pantries or the salad station," she says. "I've also managed, supervised, wash[ed] dishes."

These days, after her waitressing shift in a tony Washington, D.C., neighborhood, Nyankale picks up her 5-year-old son from school and her 4-year-old daughter from day care. Then it's an hourlong trek on the subway and bus to Nyankale's third-floor walk-up apartment. She and the children's father are separated, and he takes the kids on weekends.

Nyankale, who started out in fast food, joined such workers in a protest march in New York this past spring. The union-backed movement is asking for the right to organize and for a pay increase to $15 per hour.

Nyankale is actually luckier than many restaurant workers; with tips, she can sometimes make that much. But she has cut back her hours — to 25 a week — to allow time with her children. The only way she can make ends meet now, she says, is through food stamps and subsidies for rent and child care.

Traditionally, the food and restaurant industry has been an entry point for young people, who then move up. But today, according to government figures, the average such employee is 29 years old. And, like Nyankale, nearly a quarter of them are parents.

Nyankale has tried working more. When the kids were very young, she juggled two part-time waitressing jobs, routinely getting off at 1 or 2 a.m. To find cheap child care at that hour, she went on Craigslist, but the women offering to watch kids in their homes were hit or miss.

"You'd show up at the door and they're not home," Nyankale says. "And then if you're trying to potty train [the children, the sitter's] not doing anything, or you pick up your child and your hand's soaked because their diaper hasn't been changed."

Nyankale tears up thinking about it. "You know, there were times where I just went to work just to pay for my babysitter," she says.

In fact, some restaurant workers say they pay more than one-third of their income for child care, says Saru Jayaraman, co-founder and co-director of the worker advocacy group the Restaurant Opportunities Center.

She says most restaurant workers are part time, which means no paid time off. So when a child gets sick, "it creates a real crisis. Basically, lose your job and go get your child," Jayaraman says. "Or, scramble to try to find some informal care that might be able to go get your child for you."

Jayaraman supports a bill to raise the minimum wage to just over $10. So far, there's not enough congressional support to pass that, let alone the $15 per hour that fast-food workers are striking for.

The Case Against Higher Wages

Industry officials say a sharp increase in the minimum wage would kill jobs.

"Doubling the minimum wage is absolutely, positively going to reduce the number of jobs," says Scott DeFife, executive vice president of policy and government affairs at the National Restaurant Association. He says the industry is proud that one-third of all American adults got their start in restaurant jobs. Part-time work and flexible schedules are a big attraction for many, he says, and he points out that half of those making the minimum wage are teenagers.

Above all, DeFife says, the restaurant industry offers opportunity. "It's there for people who have had economic difficulties in the past, or who may not have finished four years of a college or university program," he says.

But some workers say they find it impossible to get ahead making the minimum wage.

Constantly Behind On Bills

"I been cooking all my life. My grandmother, at like 5 years old, threw me in the kitchen," says Christopher Drumgold of Detroit. The 32-year-old father of two is a kitchen worker at a McDonald's and makes $7.40 an hour, Michigan's minimum wage.

Drumgold wanted to make a career of cooking and spent six months at the Le Cordon Bleu cooking school in Las Vegas. But he worked as an overnight security guard to pay tuition and couldn't keep up with his classes. Nearly a decade of restaurant work later, Drumgold's pay has hovered between $6 and $9 an hour — hardly enough to support himself, he says, let alone his two children.

"The day care I send my kids to, they have an overnight stay," Drumgold says. "The monthly charge comes to near, like, $100" for each child, he says. He's constantly behind on bills and must sometimes decide between spending what he has on food or on rent.

Drumgold plans to join nationwide strike marches on Thursday, even if the fight for higher wages is a long one. He hopes his kids don't spend their working life in fast food. But if they have to, he says, they should be able to make a better living at it than he can.