Accessibility links
Antibiotic Use On The Farm: Are We Flying Blind? : The Salt No one knows exactly how farmers use antibiotics. Many public health experts say the government should collect and publish detailed information because antibiotic-resistant bacteria are an increasingly urgent problem. But many farm groups are opposed. 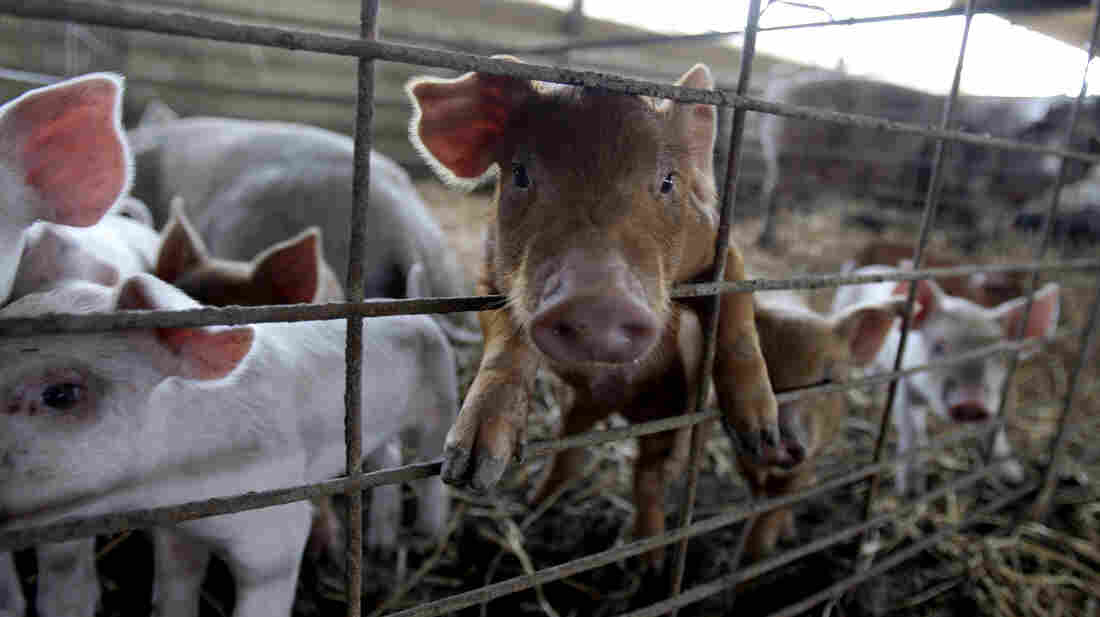 Piglets in a pen on a hog farm in Frankenstein, Mo. Jeff Roberson/AP hide caption 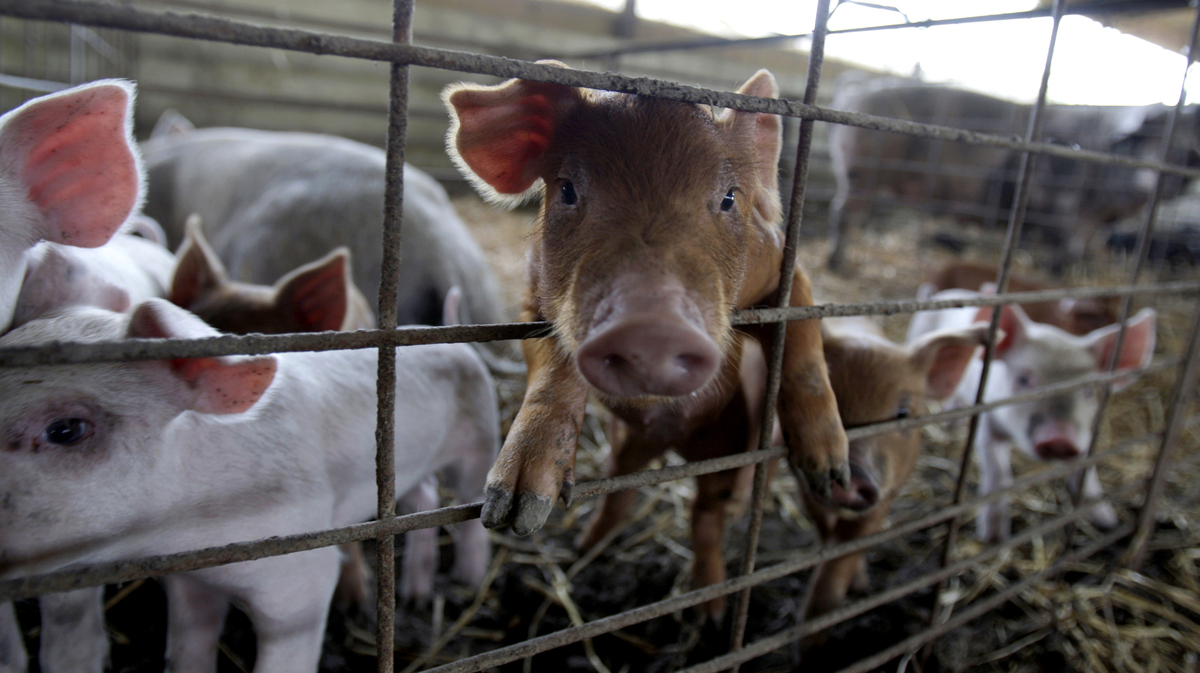 Piglets in a pen on a hog farm in Frankenstein, Mo.

There's a heated debate over the use of antibiotics in farm animals. Critics say farmers overuse these drugs; farmers say they don't.

It's hard to resolve the argument, in part because no one knows exactly how farmers use antibiotics. There's no reliable data on how much antibiotic use is intended to make animals grow faster, for instance, compared to treating disease. Many public health experts say the government should collect and publish that information because antibiotic-resistant bacteria are an increasingly urgent problem. But many farm groups are opposed.

James Johnson, a professor of medicine and infectious disease at the University of Minnesota, is among those pushing for better data. He faces the problem of drug-resistant bacteria firsthand. When he prescribes antibiotics to patients, he increasingly has to ask himself, "Will this drug even work?"

"Resistance is turning up everywhere, and increasingly involves our first-line, favorite drugs," he says. "Everyone knows that we're in a real crisis situation."

There's no easy way out of the crisis because antibiotics are so valuable. Everybody wants to use them. Yet the more they're used, the more likely it is that bacteria will become resistant to them.

Johnson preaches restraint, using the drugs only when they're clearly necessary. He also says that we need to know much more about how antibiotics are currently being used. "Otherwise, we're sort of flying blind," he says.

"Are we flying blind right now? Or do we have the information we need?" I ask.

"Not at all. I think we're mostly flying blind, at least in the U.S.," Johnson says.

There's no comprehensive source of data on how doctors prescribe antibiotics to people, and there's even less information about drugs that are given to chickens, turkeys, hogs and cattle.

That's a big blind spot because antibiotics are commonly used on the farm to treat disease, to prevent disease and to help animals grow faster.

This stream of antibiotics does create drug-resistant bacteria. And people can be exposed to those bacteria through a variety of pathways.

It's set off a fierce debate over how much this contributes to the overall problem of drug-resistant infections. Morgan Scott, a researcher in the College of Veterinary Medicine at Kansas State University, is trying to arrive at an answer. "As a researcher, it's a very intriguing area," he says. "But it's also frustrating because the data are really not there."

The only solid numbers on antibiotic use on the farm come from the Food and Drug Administration. Every year, the FDA lists the total quantity of antibiotics sold for use in farm animals, divided up by major drug class.

But Scott says those overall totals don't tell him what he'd like to know. "At the moment, we really can't identify whether certain uses of antibiotics are more or less risky than others," he says.

He'd love to know the patterns of antibiotic use — which drugs are used on each kind of animal, for what purpose, nationwide. If scientists tracked this over many years, they might be able to see which patterns of use create more drug-resistant bacteria.

There is a country that does collect this information. Denmark has led the world in efforts to control antibiotic use and antibiotic resistance. Every year it publishes a big volume of numbers — and Scott can't get enough of them. "Diving into these data, and visiting Denmark, is kind of like Disneyland for those of us who like big data," he says.

There are lots of people who want something similar for farms in the United States. They include public health experts, but also activist groups like the Union of Concerned Scientists. Congress is considering a bill that would force the FDA to collect this data and publish it.

But pharmaceutical companies and agricultural groups don't like that idea. They don't believe antibiotic use in animals is causing much of a problem for human health. They also don't think that detailed national statistics would even be useful.

"The amount of antibiotic used does not correlate to the potential public health threat," says Ron Phillips, a spokesman for the Animal Health Institute, which represents companies that sell veterinary drugs.

According to Phillips, if you really want to figure out which agricultural practices produce drug-resistant bacteria, you should study them up-close. Look at a few individual farms, examining what drugs are used and how bacteria adapt.

But don't create a national data collection system, he says. It would be a waste of money, and the numbers would just be misused by advocacy groups that are campaigning to restrict the use of antibiotics by farmers. "The widespread quotes that you see about how much is used in animal medicine, as opposed to human medicine — those are meant to scare people, not to inform people," he says.

One the other hand, Scott thinks better numbers could actually mean less suspicion and fear. Many people want to know exactly what meat producers are doing, he says. When they can't find the information they want, they're inclined to assume the worst.