Accessibility links
Why Aren't There More People Of Color In Craft Brewing? : The Salt Few African-Americans make beer for a living. Latinos and Asian-Americans are also scarce among the nation's more than 2,600 breweries. How did American craft brewing end up so lacking in diversity?

Why Aren't There More People Of Color In Craft Brewing?

Why Aren't There More People Of Color In Craft Brewing? 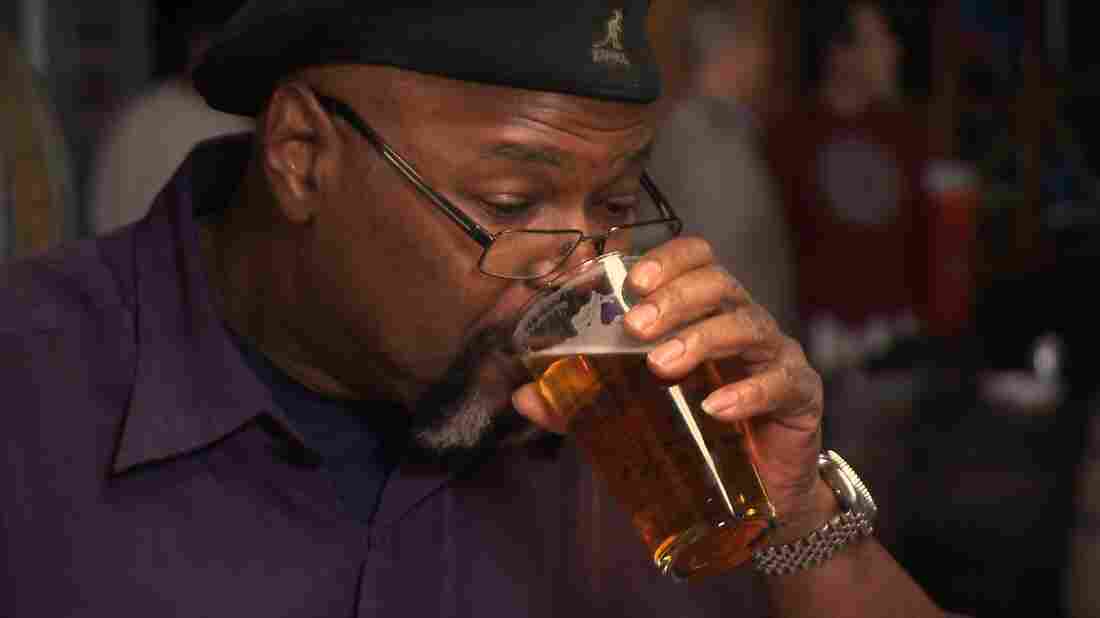 Michael Ferguson, of the BJ's Restaurants group, is one of only a small handful of African-Americans who make beer for a living. Greg Barna/Courtesy 'Beer Geeks' hide caption 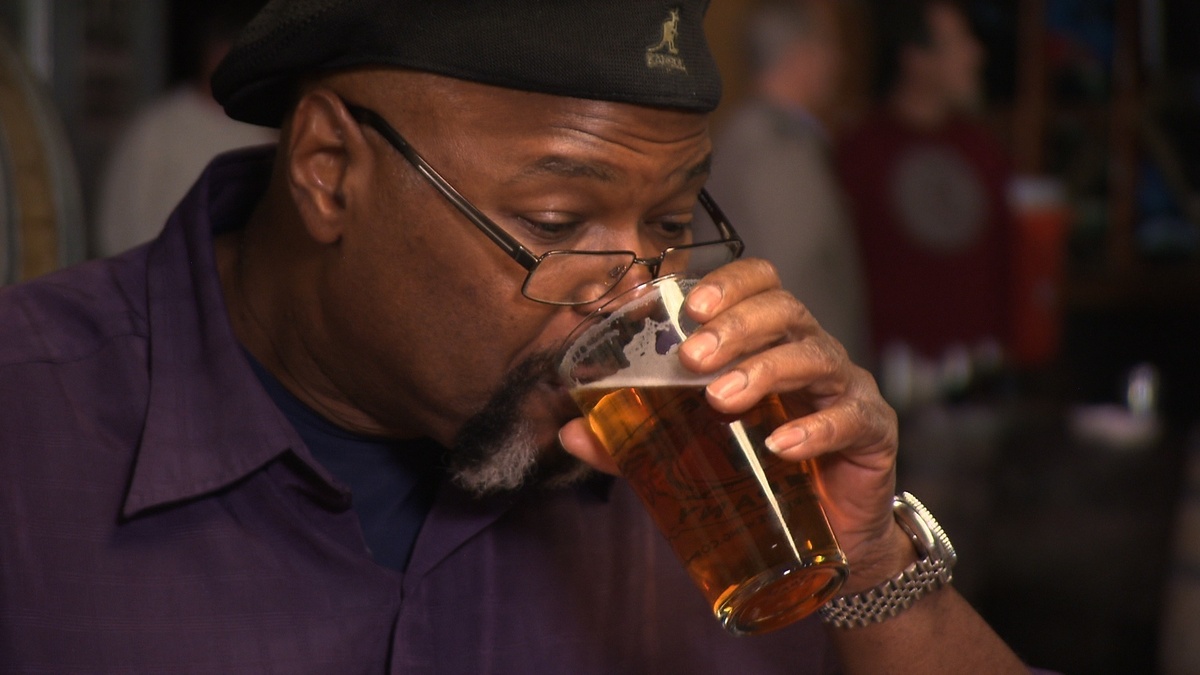 Michael Ferguson, of the BJ's Restaurants group, is one of only a small handful of African-Americans who make beer for a living.

Michael Ferguson sometimes jokingly refers to himself among colleagues as "the other black brewer."

That's because Ferguson, of the BJ's Restaurants group, is one of only a small handful of African-Americans who make beer for a living. Latinos and Asian-Americans are scarce within the brewing community, too.

"For the most part, you've got a bunch of white guys with beards making beer," says Yiga Miyashiro, a Japanese-American brewer with Saint Archer Brewery in San Diego.

Sure, there are prominent exceptions — like Garrett Oliver, the brewmaster at Brooklyn Brewery, and Celeste and Khouri Beatty, the owners and operators of Harlem Brewing Co. There are a few others, too — but that's out of more than 2,600 breweries nationwide.

So how did American craft brewing end up so lacking in diversity?

It's a puzzle, agrees Wall Street Journal beer reviewer and author William Bostwick, who is working on a global history of beer to be titled "The Brewer's Tale." He says that virtually every culture in the world's human history has made alcoholic beverages.

"It's one of the few things that all cultures share, so why it's now dominated here in the U.S., and maybe in Europe and Australia, by white males is something I can't explain," Bostwick says.

Frederick Douglas Opie, a food historian at Babson College, says that cultures in western and central Africa have "a long history of artisan brewing." People of the region, he says, made beer from sorghum and millet, as well as palm wine — which, he says, was considered by some a luxury product.

"So, why that discontinues in America after the Atlantic slave trade, I don't know," Opie says. Blacks, he notes, often made moonshine liquor and bootleg beer in the 1920s and '30s. But these days, they're all but absent from the craft beer scene. "It could be that beer is like a lot of things in the food industry which, as they grow popular, become very hip, yuppie and white." 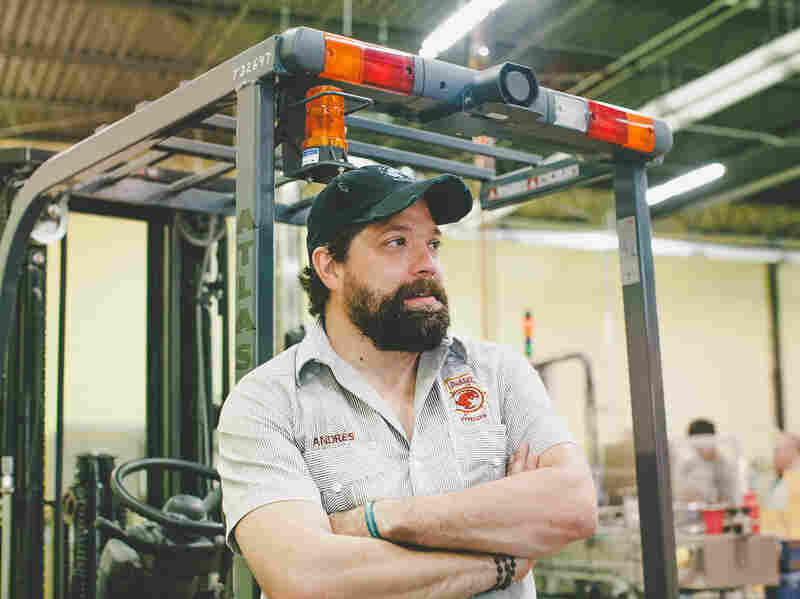 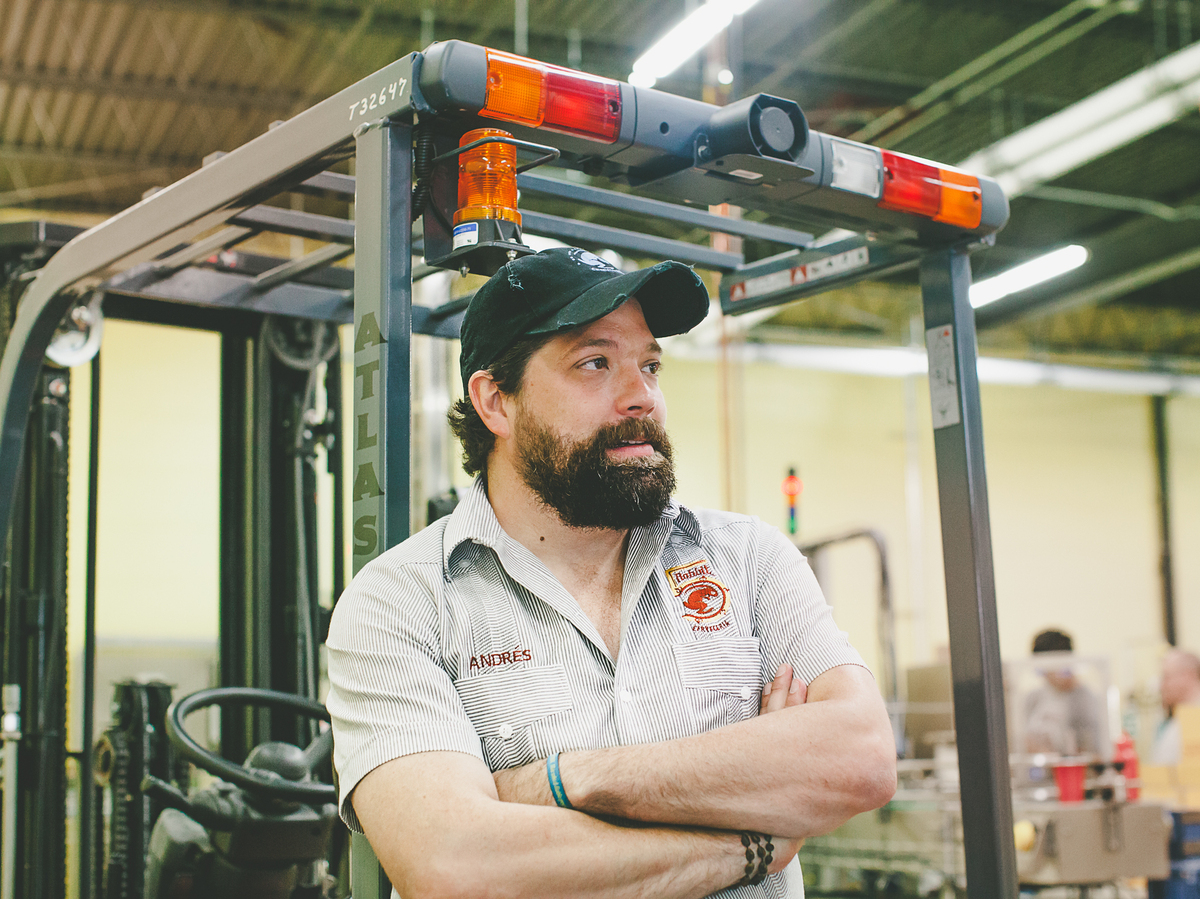 "Craft brewing is rooted in home-brewing," Marshall says. "And if you look at home-brewing, you see nerdy white guys playing Dungeons and Dragons and living in their mom's basement, and I know this because I was and am one of them."

Duke Geren, of the Portland, Ore., home-brewing shop F.H. Steinbart, says his shop's customer base is primarily white. People of other races and ethnicities – particularly the area's Ethiopian community — do purchase brewing supplies from the store, he notes. "But we don't see this moving up into the commercial level," Geren says.

In 2011, Andres Araya opened 5 Rabbit Cerveceria in Chicago, which he says is the first Latin American-themed brewery in the United States. Araya says most American craft beers pay homage to the European nations that brought beer to America — especially Germany and England. Each of Araya's beers, though, is made using an ingredient from Central or South America.

Near Napa, Calif., Carneros Brewing Co. is owned and operated by a Mexican-American family. The brewery opened this summer and makes, among other brews, a wheat beer playfully named "Jefeweizen." ("Jefe," in which the J is pronounced like an H sound, is Spanish for boss.) Co-owner Amelia Ceja told The Salt that her company is one of three Latino-owned breweries in the country. (The Brewers Association, a Boulder-based trade group, doesn't keep statistics on the ethnicity or race of people in the industry and could not confirm this claim.)

Ferguson at BJ's — who hosted the first episode in a new television series called "Beer Geeks" this weekend — believes the lack of color in the brewing industry reflects a simple cultural preference: "It seems to me that craft beer isn't a catch phrase among the black population."

With 1,600 yet-to-be-opened breweries now in their planning stages, according to the Brewers Association, perhaps the ethnic void in the beer world will begin to fill out.

But for now, Ferguson says, "we are an incredible minority."

"It's mostly just me and Garrett Oliver," he says, somewhat jokingly. "He really is like the Tiger Woods of brewing."