Accessibility links
Fixing Stove Hoods To Keep Pollution Out Of The Kitchen : The Salt Range hoods are designed to capture the pollutants from your stove, but many models are not effective and it's hard for consumers to know how good a hood is. But researchers at Lawrence Berkeley National Lab are developing a new standardized test that manufacturers can use to rate their range hoods. 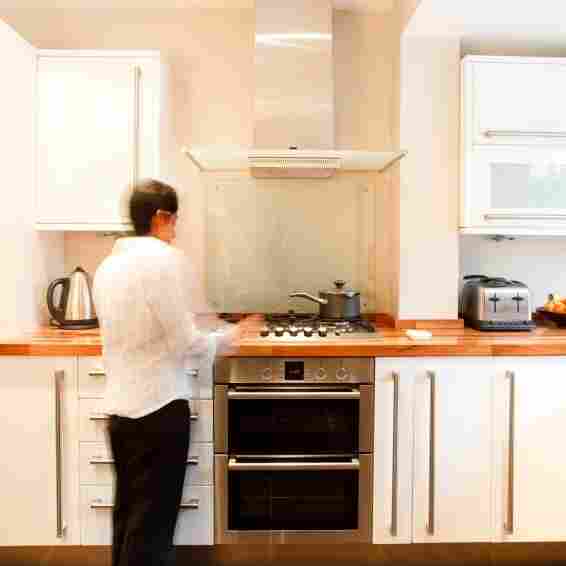 Cooking on gas and electric stoves can create indoor air pollution. The best way to avoid it is to buy a good range hood that vents outside, experts say. iStockphoto.com hide caption 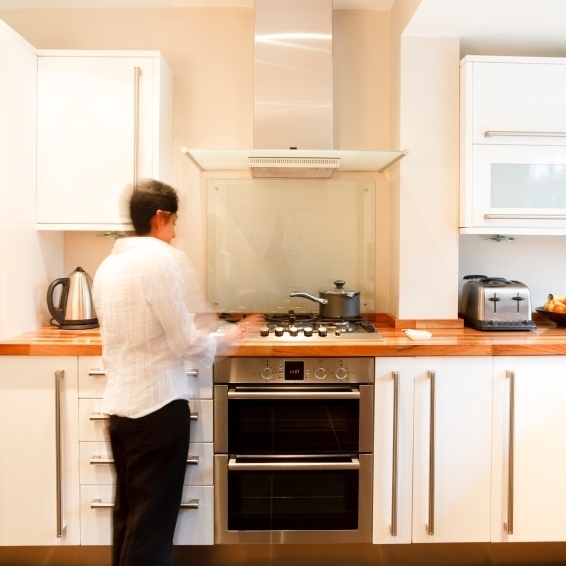 Cooking on gas and electric stoves can create indoor air pollution. The best way to avoid it is to buy a good range hood that vents outside, experts say.

Hot summer days often mean air pollution warnings in big cities. But the air inside your kitchen can sometimes be just as harmful. Cooking fumes from your stove are supposed to be captured by a hood over the range — but even some expensive models aren't that effective.

Jennifer Logue spends a lot of time thinking about what happens when she cooks. She's a research scientist at Lawrence Berkeley National Lab, where she studies indoor air pollution.

"You spend 70 percent of your time in your home," says Logue. "And what you do in your home has a huge impact on what you're exposed to."

Cooking on a gas stove releases some of the same pollutants that you find outdoors in smog. Logue looked at homes in Southern California that cook at least once a week, and found more than half of them were above the outdoor health limit for a pollutant called nitrogen dioxide.

"If you exceeded the standards outdoors, it would be a really big deal," she says. "But if you exceed them in your house, nobody's paying attention."

Just like smog outdoors, these emissions increase your chances of developing long-term respiratory and heart problems. If all this sounds a little scary, Logue says there's a simple solution: a good range hood that vents outside.

But, she says, "Not all hoods work the same and currently, unfortunately, there's no way for people to really know how effective their range hood is."

Inside the test kitchen at the Lawrence Berkeley Lab, Woody Delp, a building systems engineer, and his team are trying to figure out exactly that.

Some of the hoods he's tested are only 15 percent effective because their fans aren't as powerful. Delp says when you're buying a hood, that's labeled as air flow. But the shape of the hood also makes a big difference, like how far it reaches over the stove.

Delp and his team are developing a standardized test to measure hood effectiveness. It's being reviewed by an international testing board, which would allow manufacturers to voluntarily label their hoods.

"Unfortunately there's not really a state or federal agency that has comprehensive authority over indoor air pollution," says Peggy Jenkins, who manages the indoor air quality program at the California Air Resources Board. She says there are strict ventilation rules for other gas appliances in homes, like furnaces and water heaters. Stoves and range hoods have been largely overlooked.

"In a sense it's low-hanging fruit, but it's not really simple," she says.

Jenkins says there's growing interest in changing California's building codes around range hoods — but it would take a number of state agencies to do it.

Meanwhile, for we home cooks, Logue has a few tips. She says use the highest fan setting on the range hood and put pots and pans on the back burners. That's where hoods capture the most pollutants. Simple changes, but effective ones, Logue says. The hard part is remembering them.

-- Always turn your fan on

-- Cook on the back burners

-- If you don't have a hood, open windows

-- Look for one that covers the entire stovetop

-- It should move 200 cubic feet of air per minute, certified by the Home Ventilating Institute