Accessibility links
Wasted Food Around The World Takes Heavy Toll On Environment : The Salt Wasted food creates billions of tons of greenhouse gases, and it costs us precious water and land. The rice lost in Asia and the meat wasted in rich countries contribute most heavily to the problem. 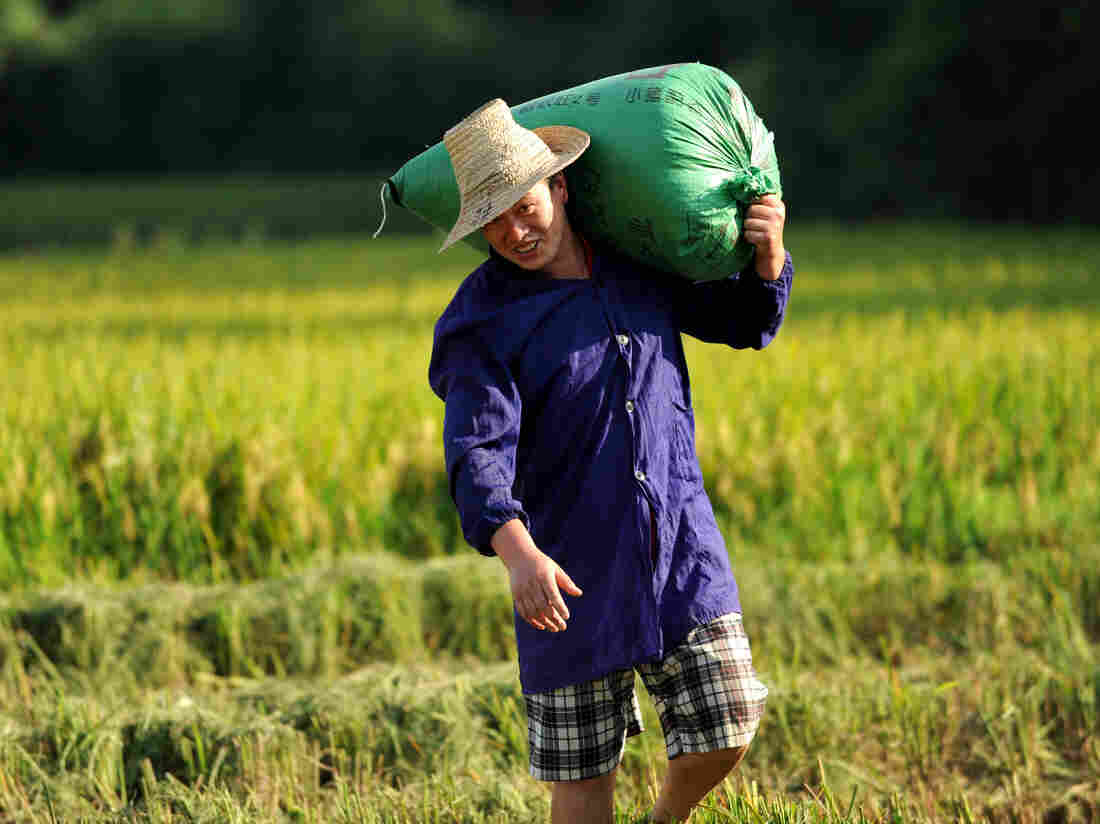 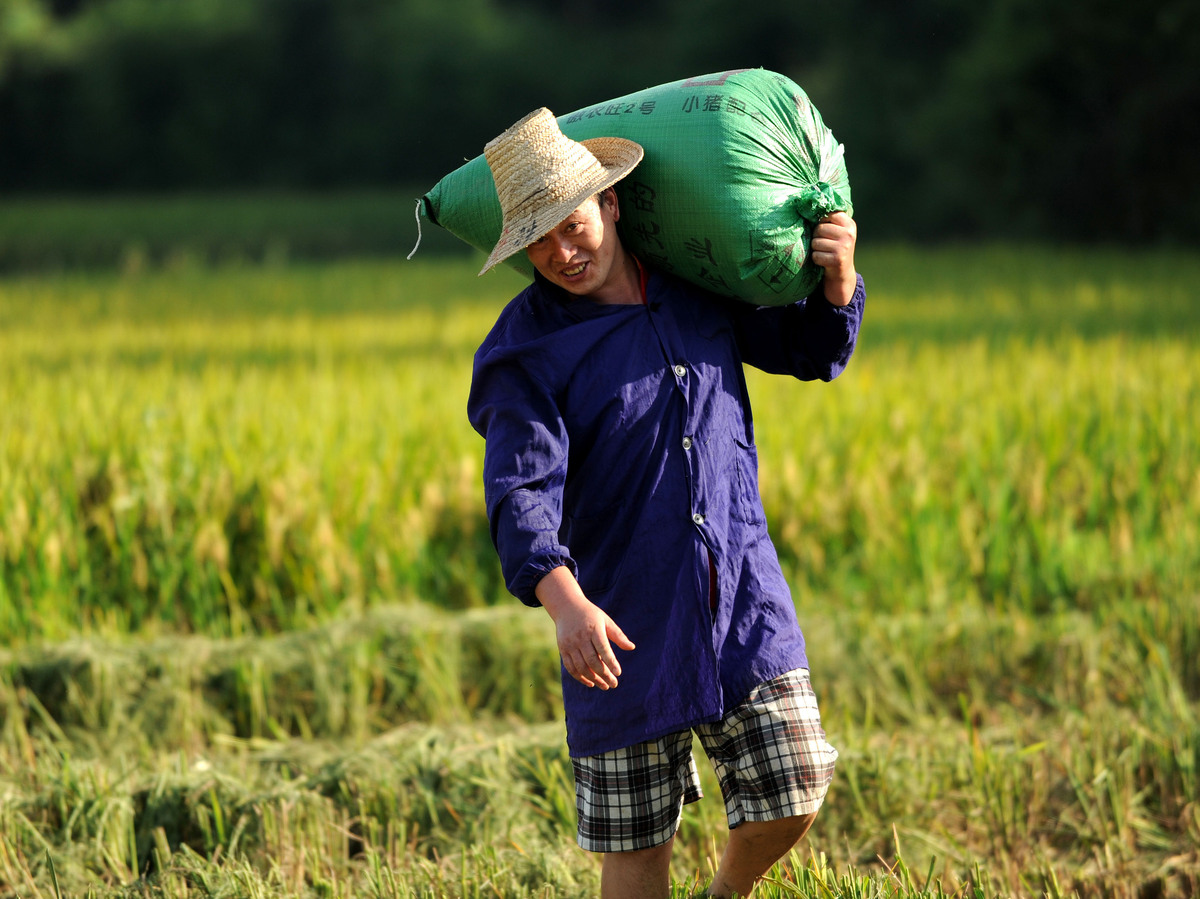 A farmer carries a bag of rice in China's Jiangxi province in July 2013.

It's one of the great paradoxes of our time: Hundreds of millions of people go hungry, and yet we waste a whopping 1.43 billion tons of food — one third of what we produce. Food waste is a problem in rich countries and poor countries alike, and it's happening throughout the supply chain — from the farm to the truck to the warehouse to the store to your refrigerator.

And, as we've reported before, not only are we missing the opportunity to feed hungry people with this food, we're also exacerbating the impact of food production on the environment.

A report from the Food and Agriculture Organization out Wednesday brings these impacts into sharper focus. And the message is clear: All that food we're allowing to rot is creating billions of tons of greenhouse gases, and costing us precious water and land. According to the FAO, each year, we lose a volume of water equivalent to the annual flow of Russia's Volga River in all the food we throw away.

To figure out the world's food waste hot spots, the FAO created pairs of regions and commodities. When they crunched the numbers, they found that 6 out of the 10 pairs with the highest waste were in Asia. At the top was vegetables from industrialized Asia (China, Japan and Korea), followed by cereals (including rice) from those three countries. In all, 6 out of 10 pairs were Asian.

That Asian countries are wasting more vegetables than anywhere else is not a huge surprise — 50 percent of the world's vegetable production and consumption is in China, Japan and Korea. Vegetables, though, have a lower carbon footprint than cereals or meat.

The FAO is especially concerned about all the rice wasted in Asia and the meat wasted in developed countries. Cereals, including rice, have the highest carbon impact of any commodity, even beating out meat. That's mostly because rice crops emit methane as organic matter decomposes in flooded paddies. Rice also requires large quantities of land and water, which means that the high levels of waste are particularly damaging.

The FAO points a finger at the U.S., Europe and Latin America for wasting meat. The three regions account for 80 percent of all meat wasted, and that's nothing to be proud of, given the climate, water and land impacts of raising livestock for food.

The food security implications of the world's food waste problem are both devastating and encouraging, says the FAO. The researchers calculated in 2012 that by 2050, we need to increase food production by 60 percent in order to feed everyone. But, they argue, if we made better use of the food we already grow, and didn't waste one third of it, we wouldn't need to boost production so much in the future to meet rising demand.

"If we reduce food waste and loss, we have more food available, without the need to produce more and putting less pressure on natural resources," Jose Graziano da Silva, director-general of the FAO, said at a Wednesday press conference.

Farmers and others working in the food system are also losing big time, to the tune of $750 billion a year. And that number excludes fish and seafood.

So why is all the food waste occurring? In the developing world, much of the onus falls on the people involved with getting the food to market after it's been harvested. In richer countries, consumers share the burden with farmers.

The FAO notes that consumers in rich countries regularly buy more food than they can eat. We also tend to "overreact to 'best-before-dates.' " We can amend our ways, and we can also find more ways to "reuse" food by channeling it into secondary markets.