Accessibility links
'Mountain Dew Mouth' Is Destroying Appalachia's Teeth, Critics Say : The Salt The region has an alarmingly high incidence of rotted teeth, and heavy soda consumption is a big reason why, dentists and health advocates say. So they're beginning to target the food stamp program to ban recipients from buying soda with their vouchers. 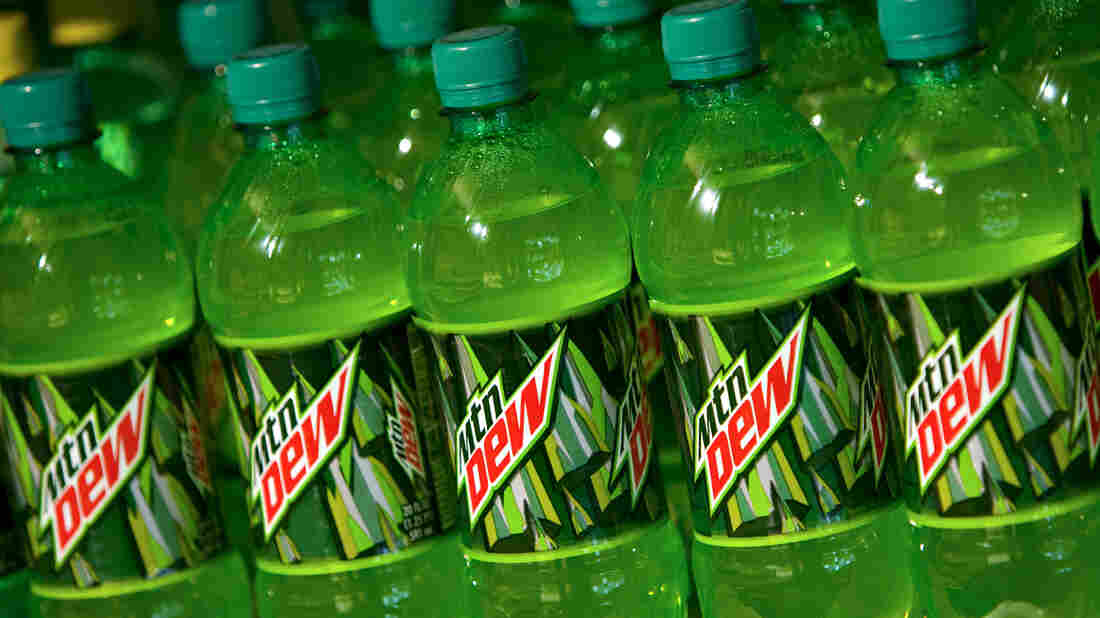 Appalachia has a distinct culture of sipping soda constantly throughout the day. "Here in West Virginia, you see people carrying around bottles of Mountain Dew all the time — even at a public health conference," says public health researcher Dana Singer. Jin Lee/Bloomberg via Getty Images hide caption 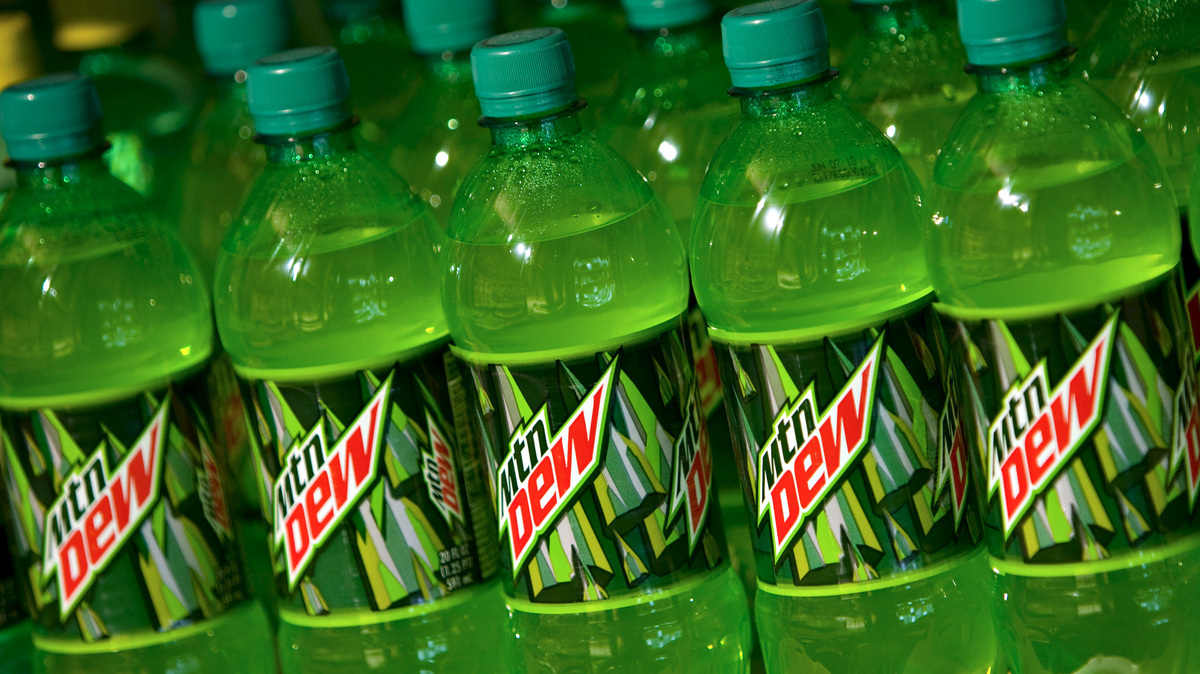 Appalachia has a distinct culture of sipping soda constantly throughout the day. "Here in West Virginia, you see people carrying around bottles of Mountain Dew all the time — even at a public health conference," says public health researcher Dana Singer.

Obesity. Diabetes. By now, we've all heard of the health risks posed by drinking too much soda.

But over in Appalachia, the region that stretches roughly from southern New York state to Alabama, the fight against soda is targeting an altogether different concern: rotted teeth.

"We are using taxpayer dollars to buy soda for the SNAP program, and we are using taxpayer dollars to rip teeth out of people's heads who can't afford dental care and are on Medicaid," says Dana Singer, a research analyst at the Mid-Ohio Valley Health Department in Parkersburg, W.Va., who wants to see stricter regulations on sales of all sugary beverages in the region. "It makes no sense to be paying for these things twice."

The beverage industry has repeatedly challenged claims that its products are destroying teeth. But dentists beg to differ.

"I see erosion from the acids in the drinks, and decay from the sugars," says Steven Ghareeb, spokesman for the Academy of General Dentistry and a practicing dentist in South Charleston, W.Va. "They go hand in hand many times, and they're equally bad. I would definitely attribute these problems to drinks." Both sodas and energy drinks, he says, "are more damaging than food."

Dentists have also found that the effects of soda on teeth are strikingly similar to the effects of methamphetamine or crack on teeth, as I reported in May. Drinking more than a soda a day raises the risk that acids found in many soft and energy drinks will eat away at your tooth enamel and its pearly white color. To get a sense of what that looks like, check out this picture.

Back in 2009, Priscilla Harris, an associate professor at the Appalachian College of Law, issued the first battle cry in the war against Mountain Dew mouth with a legal brief titled "Undoing the Damage of the Dew," which explores how the drink became ingrained in the region's culture. Since then, she's been leading the charge to come up with policies to tackle the problem.

Harris says that dental problems are especially bad because dental care is harder to get in Appalachia, which includes many of the poorest and most remote communities in the country. Many people don't trust the well water in their homes because of pollution concerns and probably drink more soda because of it, she says. She's received a grant from the Robert Wood Johnson Foundation to study the problem.

And there's another reason why soda mouth is so pervasive in Appalachia, Harris says: the region's distinct culture of sipping soda constantly throughout the day. Singer adds, "Here in West Virginia, you see people carrying around bottles of Mountain Dew all the time — even at a public health conference."

The drink is also native to the region. Mountain Dew was invented in Tennessee, before PepsiCo bought the brand.

"What Mountain Dew has going for it is that it's high in caffeine and high in sugar," Harris says, adding, "Students tell us it tastes best, and it's a habit."

While Harris says that there aren't a lot of comprehensive surveys of dental health in Appalachia, signs of a rampant problem are unmistakable: Some 26 percent of preschoolers in the region have tooth decay, and 15 percent of 18- to 24-year-olds have had a tooth extracted because of decay or erosion. That's according to calculations by Singer, who is working with Harris.

The elderly are affected, too. Some 67 percent of West Virginians age 65 or older have lost six or more teeth owing to tooth decay or gum disease, according to the Centers for Disease Control and Prevention.

Singer says one of the best opportunities to curb the problem is targeting programs like SNAP, which allows recipients to buy soda. According to a 2012 study by Yale's Rudd Center for Food Policy and Obesity, the federal government is spending $1.7 billion to $2.1 billion on soda purchases through SNAP.

Under current guidelines, any kind of soda of any size can be purchased with a SNAP card — even Mountain Dew, which has 170 calories in a single 12-ounce can.

Various states, from Florida to Tennessee, have proposed bills that would restrict the use of SNAP to buy soda, sugary treats or other unhealthful foods. Singer says she would like to see West Virginia and other states in Appalachia try this approach.

Basic education, says Harris, is also needed: "We also just need to let people know that you can drink these drinks safely, but they can also do harm."