Accessibility links
Diet Of Defeat: Why Football Fans Mourn With High-Fat Food : The Salt Researchers find that winning and losing NFL games not only causes fan to feel differently the day after the game but to eat differently as well. Fans of losing teams eat significantly more saturated fat after suffering defeats, while fans of winning teams eat lighter fare after victories. 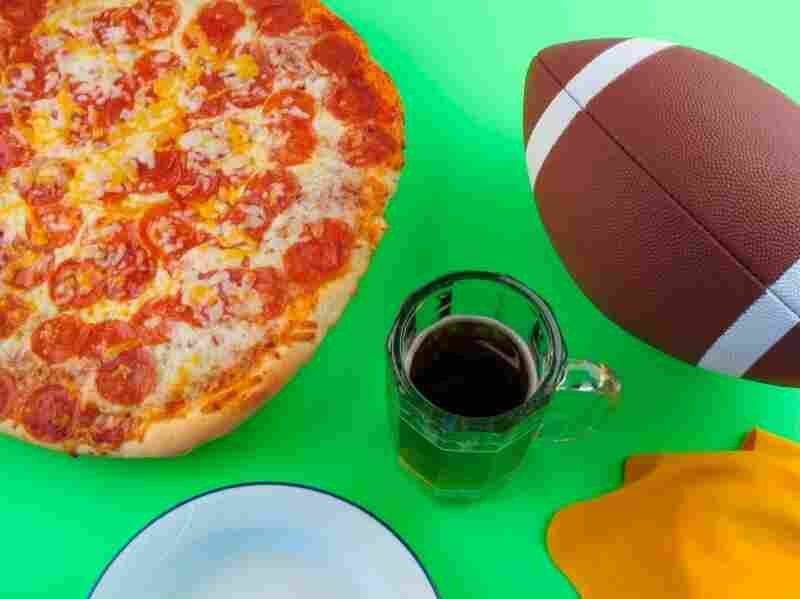 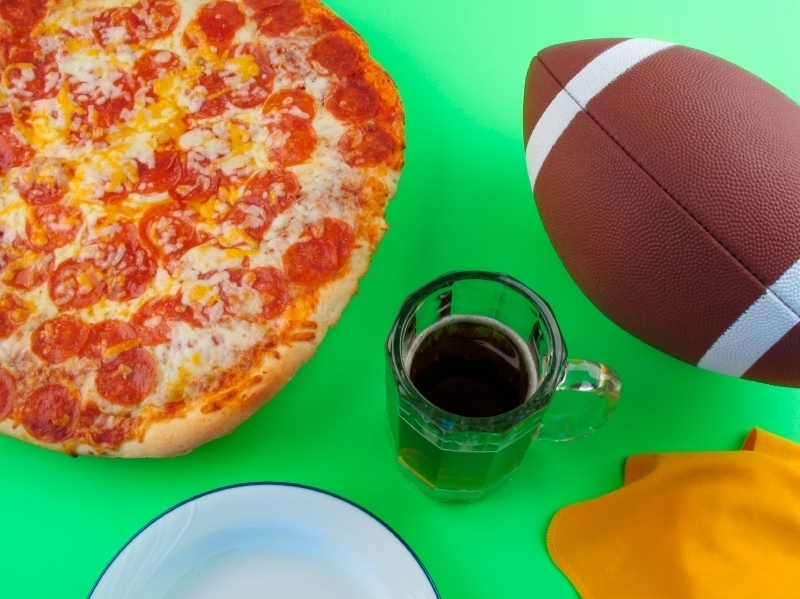 Football fans ate fattier meals the day after their teams lost a game, a study found.

It's bad for your waistline.

A study that links sports outcomes with the eating behavior of fans finds that backers of NFL teams eat more food and fattier food the day after a loss. Backers of winning teams, by contrast, eat lighter food, and in moderation.

In many ways, the research fits with what we already know about the psychology of eating. When many of us feel miserable, we'll down a big bag of candy. Call it a form of self-medication – when your happiness levels are low, junk food and high-calorie food provide the brain with much-needed pleasure.

Chandon and his co-author Yann Cornil, also at INSEAD, find the same thing happening with sports defeats. They tracked the eating behavior of people in cities with NFL teams and measured how eating changed after victories and defeats. (In cities such as New York that have more than one team, the researchers tracked the victories and defeats of the team with the most followers.)

It wasn't just about eating saturated fats, either. Overall calorie consumption went up by 10 percent after losses, and down by 5 percent after wins.

Chandon says the connection between eating and sports outcomes was off the charts in the cities where following the local football team was tantamount to a religion.

"When we look at the behavior of people living in cities where football is really important — places like Green Bay, Philadelphia or Pittsburgh, then the performance of the team has an even greater impact on what they eat," Chandon says.

"When your ego is shattered you really think about instant gratification – you want to feel better, now," Chandon says.

In one part of their study, the researchers found that asking people to remember terrible sports defeats had even bigger effects on what they ate – defeats lead to a 45 percent increase in saturated fat consumption.

"It's an impact most people aren't aware of," Chandon says, "except that when we start pointing it out to people they laugh and say, 'yes, it's true, when my team is losing I want comfort food, I want unhealthy food and the hell with that diet.' "

Chandon points out that the research finding fits neatly with what we know about the effects of sports victories and defeats on other facets of human behavior.

The most interesting part of Chandon's research might not be the effects of defeats, but the effect that victories seem to have on fans. Winning seems to make people think long-term – they look forward to the next match, for example. The satisfaction of winning increases the capacity of people to withstand difficult choices – to pick the salad over the fries.

Indeed, Chandon and Cornil find that asking people to think about other things in their life that are valuable to them diminish the impacts of sports defeats on losing. Putting a sports loss into perspective, in other words, reduces how miserable you feel – and how much comfort food you crave.

Chandon says he had seen the effects of the research firsthand. The same thing applies to soccer, he explains: "As a Frenchman, both the performance and the behavior of the French soccer team were so distressing, I'm sure it's part of the reason why I gained so much weight lately."