Accessibility links
Pork Politics: Why Some Danes Want Pig Meat Required On Menus : The Salt No traditional Danish meal is complete without a piece of pork tucked in somewhere — which helps explain the outrage that followed after some Danish day cares dropped pork to accommodate Muslims. The battle over menus is the latest sign of Denmark's struggle with multiculturalism. 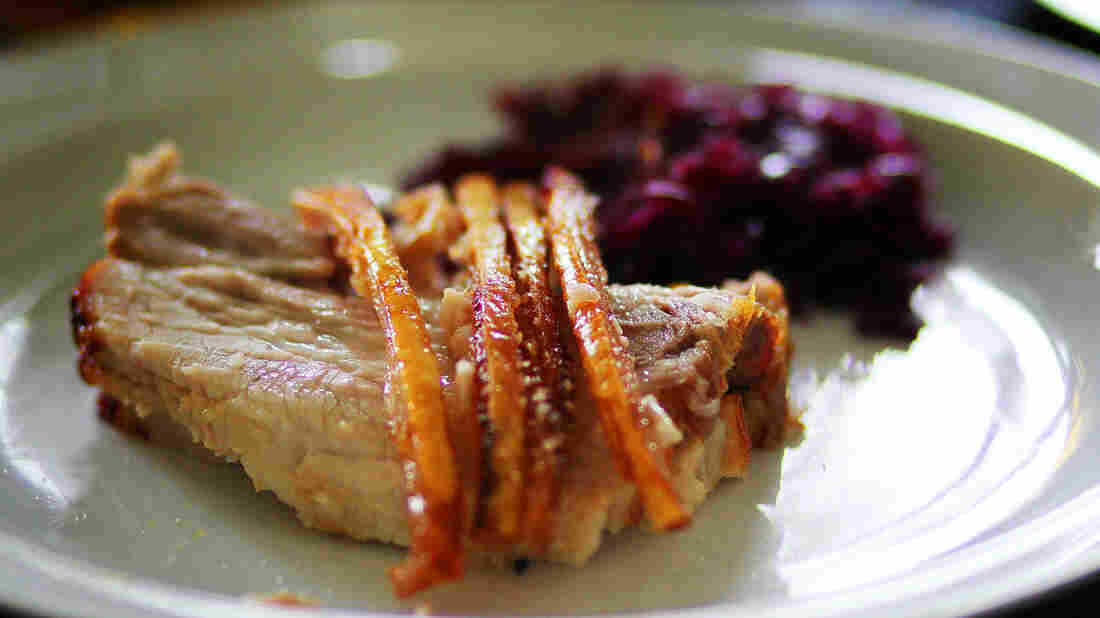 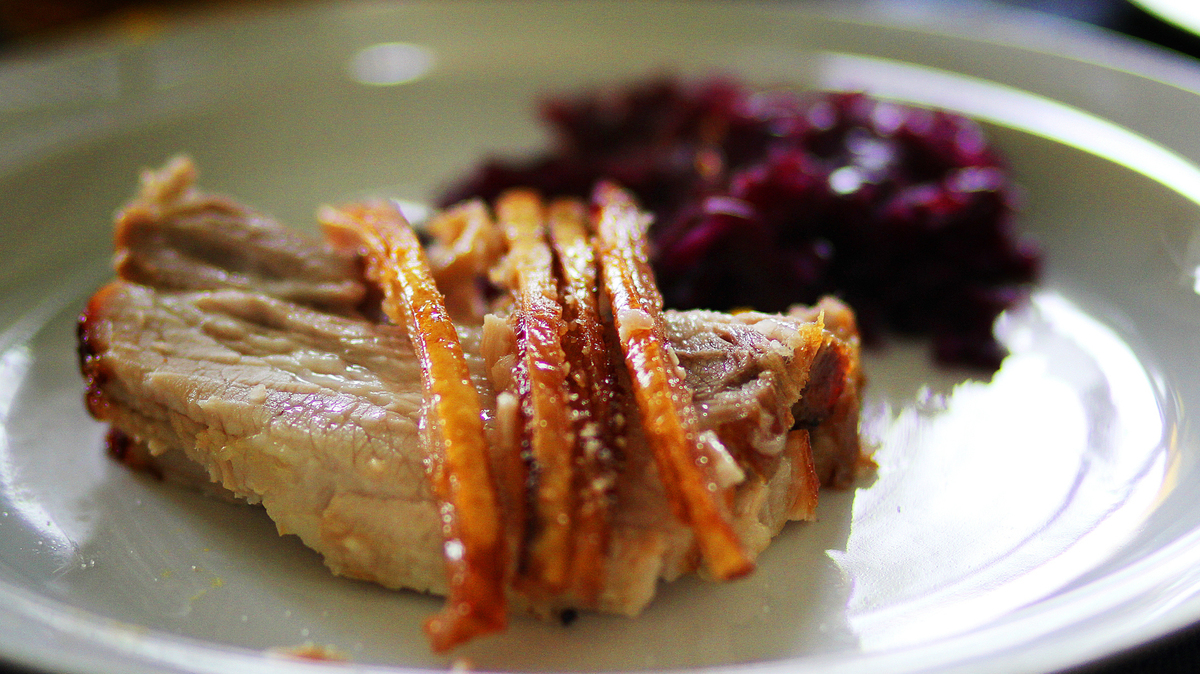 A traditional Danish pork roast, common for Christmas dinner in Denmark. Pork finds its way into most Danish meals.

In Denmark, pigs outnumber people 2 to 1. No traditional Danish meal would be complete without something wrapped in, wrapped around, or topped with pork.

In 2012, the country exported close to $6 billion in pig meat, a figure that includes "carcasses" — which leads to the question: What does one do with a pig carcass?

All this is by way of explaining the hubbub that erupted following a recent headline: "Day Cares Ban Pork."

Over the summer, the Danish tabloid Ekstra Bladet undertook a survey of public institutions and found that "at least 30" day cares had dropped pork from their menus so that children from different ethnic and religious backgrounds (primarily Muslim) would not have to queue up in different lunch lines. But 844 comments later, it became clear that many Danes thought this was a bad idea.

About a week later, the same paper revealed that a major hospital near Copenhagen had been serving — and continues to serve — only halal meat to patients (something it has been doing for "practical and economic reasons" for years now, according to the hospital's website). That one netted 1,047 comments.

Helle Thorning-Schmidt, who leads the country's center-left government, eventually joined the fray, insisting that Danish tradition should not be abandoned in public institutions, and that perhaps halal meat should be labeled as such, presumably so that qualmish Danes can avoid it. That proposition seems unlikely to go far, however, since labeling issues inevitably involve the 28-headed monster that is the European Union.

As the dust has settled, some have taken a second look at the "meatball wars" (meatballs are traditionally made of minced pork here), and chalked it all up to a slow summer news cycle (something Danes have dubbed "cucumber season"). No news begets non-news.

But there is no question that this fight over what should fill children's plates has unearthed tensions buried (admittedly) not much deeper than Danish potatoes. The world became witness to the Danes' struggle with multiculturalism in 2005, when one newspaper insulted Islamic tradition (and caused riots) by publishing cartoons of Muhammad. Clearly, the issue of Muslim accommodation continues to simmer, and at least one political party is hoping to use that to its advantage.

The far-right Danish People's Party has emerged from the whole summer meatball mess with a tidy boost in the polls, and is likely to make special treatment of religious minorities a major theme in the upcoming municipal elections, to be held on Nov. 19.

According to Jyllands-Posten (the cartoon controversy newspaper), the idea of a "pork quota" was something given fairly serious consideration at a recent national party meeting. That is, a requirement that the menu at public institutions for the young and old contain at least 20 percent pig.

"People should have the freedom to live according to Islamic law," says Mikkel Dencker, the man behind the dream. "It's also fine with us that they don't want to eat pork. But there should be meatballs in day care centers, and on those days they can eat more potatoes or side dishes."

That said, the quota seems unlikely to make it onto the national DPP platform, and was even voted down in Dencker's own municipality (the same one that houses the halal hospital).

But Dencker says the interest is there, so he is now setting his sights on a "less rigid" strategy for keeping the issue afloat.

"One thing we could do instead," he says "is write into the municipalities' food policies that dishes from other lands should be offered as supplements to, but never instead of, traditional Danish foods."