Accessibility links
Are Chefs On Competitive Diets Good Public Health Messengers? : The Salt Chefs are the masterminds behind restaurants that enable and celebrate indulgence and gluttony. So when they do weight loss challenges, the messages are mixed. 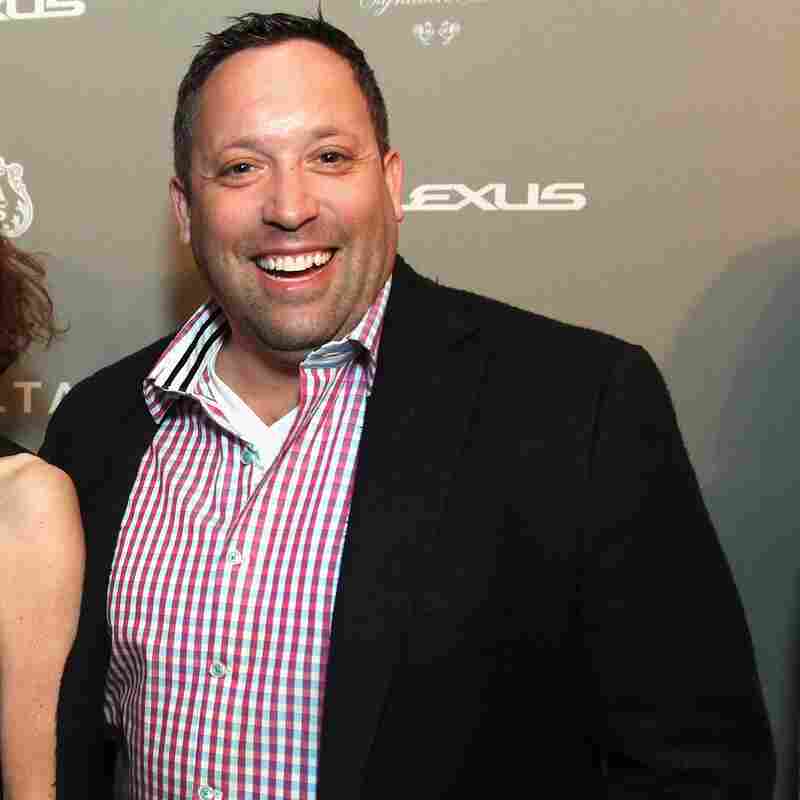 Chef Mike Isabella, who owns three restaurants in Washington, D.C., came up with the Fit for Hope weight loss challenge for his peers in the restaurant industry. Donald Bowers/Getty Images Entertainment hide caption 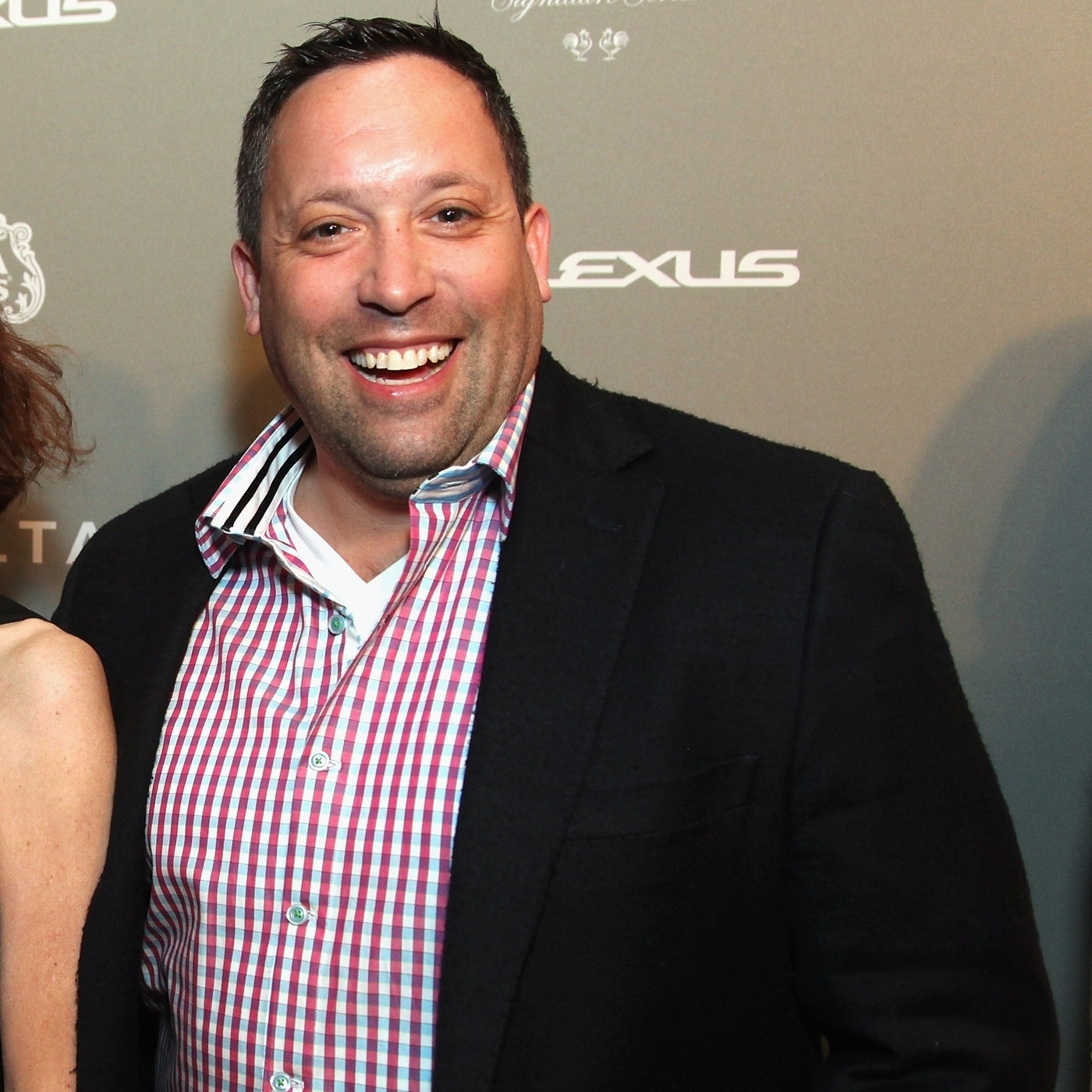 Chef Mike Isabella, who owns three restaurants in Washington, D.C., came up with the Fit for Hope weight loss challenge for his peers in the restaurant industry.

Let's face it: In the popular imagination, the stereotypical chef has a large gut protruding from under his white double-breasted coat. And that stereotype is often accurate — by some estimates, 70 percent of chefs in the U.S. are overweight. Weight gain seems to be par for the course when you're spending your day tasting food and your late nights unwinding after a stressful dinner service.

This week, a group of chefs in Washington, D.C., went public with their extra weight when they announced they'd lost a collective 400 pounds in a 12-week weight loss competition to raise money and awareness for the American Cancer Society. But the event was also a strange one: chefs using their celebrity status and their bodies make for complicated public health messengers.

In the spring, the American Cancer Society had approached chef Mike Isabella, a D.C. restaurateur, to brainstorm fundraising ideas for its annual Taste of Hope event. Isabella suggested that he challenge his rivals and friends in the D.C. restaurant world to a weight loss competition — in part, because he'd recently gained a few dozen pounds. It sounded good to ACS, which advocates "being as lean as possible throughout life without being underweight" and "avoiding excess weight gain at all ages" to prevent cancer.

"I looked around at the chefs and mixologists I knew in D.C. and realized, wow, we are really fat," said Isabella, the chef and owner of the restaurants Graffiato, Kapnos and G, and a former contestant on the show Top Chef.

He managed to get 14 chefs and mixologists to sign up for the Fit for Hope Challenge, and commit to biweekly workouts with trainers.

Monica Pampell, a wellness coach and movement specialist, helped the chefs identify ways to improve their diets. "Many were doing a lot of late-night eating and drinking and skipping breakfast," says Pampell. "So one of the changes I suggested was to consume no more than three drinks and stay away from all starches at night." She also helped persuade many of them to fit in workouts in the morning before going to work.

Will Artley, the head chef of Pizzeria Orso in Falls Church, Va., began the challenge in June at 330 pounds. By Tuesday, he said he had dropped down to 260 pounds, losing more than 20 percent of his body weight. How did he do it?

"I exercise a lot now [as much as three times a day] and I'm training to do triathalons and Iron Man competitions," he tells The Salt. "My diet is a lot more balanced now. I only eat carbs after working out."

Artley tied for first place in the Fit for Hope challenge along with Todd Thrasher of Restaurant Eve, who lost almost 50 pounds. Isabella noted in his speech that the competition had been fierce, and that there had been plenty of smack-talking along the way.

The chefs in the challenge demonstrated that it's possible to lose a significant amount of weight in a short period of time, says Artley. "If the world is going to change the way it eats, then chefs need to show they have the ability to change," he says.

But we couldn't help wondering: Are chefs really the best messengers for public health, given that they're the masterminds behind restaurants that enable and celebrate indulgence and gluttony?

And while the restaurant industry is not to blame for the obesity epidemic, more Americans are consuming the majority of their meals outside the home, which often means they're overindulging. A 2009 review study found that portion sizes have increased over time, leading to more calories consumed overall.

According to ACS spokesman Robert, the chefs were encouraged to serve healthy fare at the event, which featured small plates from more than 50 area restaurants and bars. Many did have healthy offerings in small portions, like the chickpea salad from Artley, and the scallop ceviche from Ripple chef Marjorie Meek-Bradley.

But will their menus be changing, too, to give their diners plenty of healthy options? It's not clear. Artley says he's leaving the decadent dishes, like his BLT Gnocchi. "But I do think more about making my menu responsible and well-balanced," with a variety of choices, he says.

The trouble with weight loss challenges is that they sometimes only produce short-term benefits. As we've reported, only 1 in 6 Americans who lose weight are able to keep it off after one year. That's something that chefs' trainer Pampell is well aware of.

"Many of these chefs have yoyo-ed with their weight in the past, she says, "and I'm not sure all of them will be able to keep the weight they've just lost off in the long term," she says.