Accessibility links
Doctors Say Changes In Wheat Do Not Explain Rise Of Celiac Disease : The Salt Doctors have other ways to explain why wheat makes some people sick, like the hygiene hypothesis. 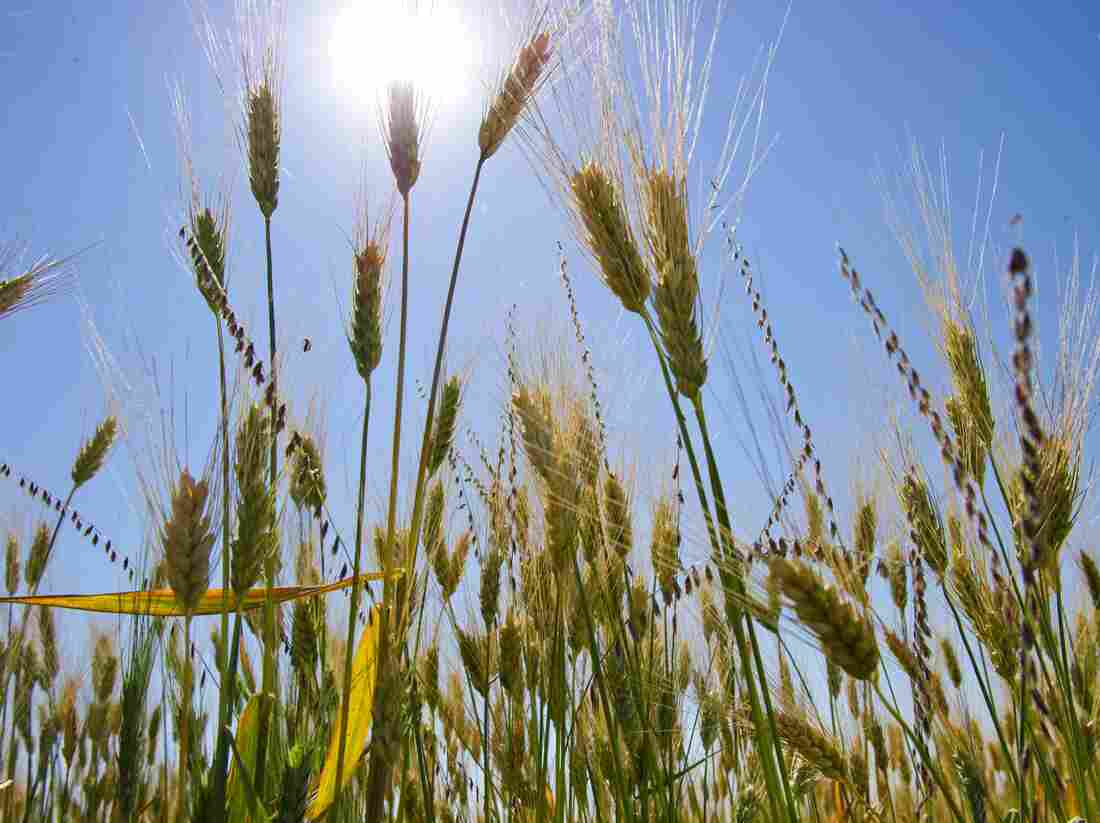 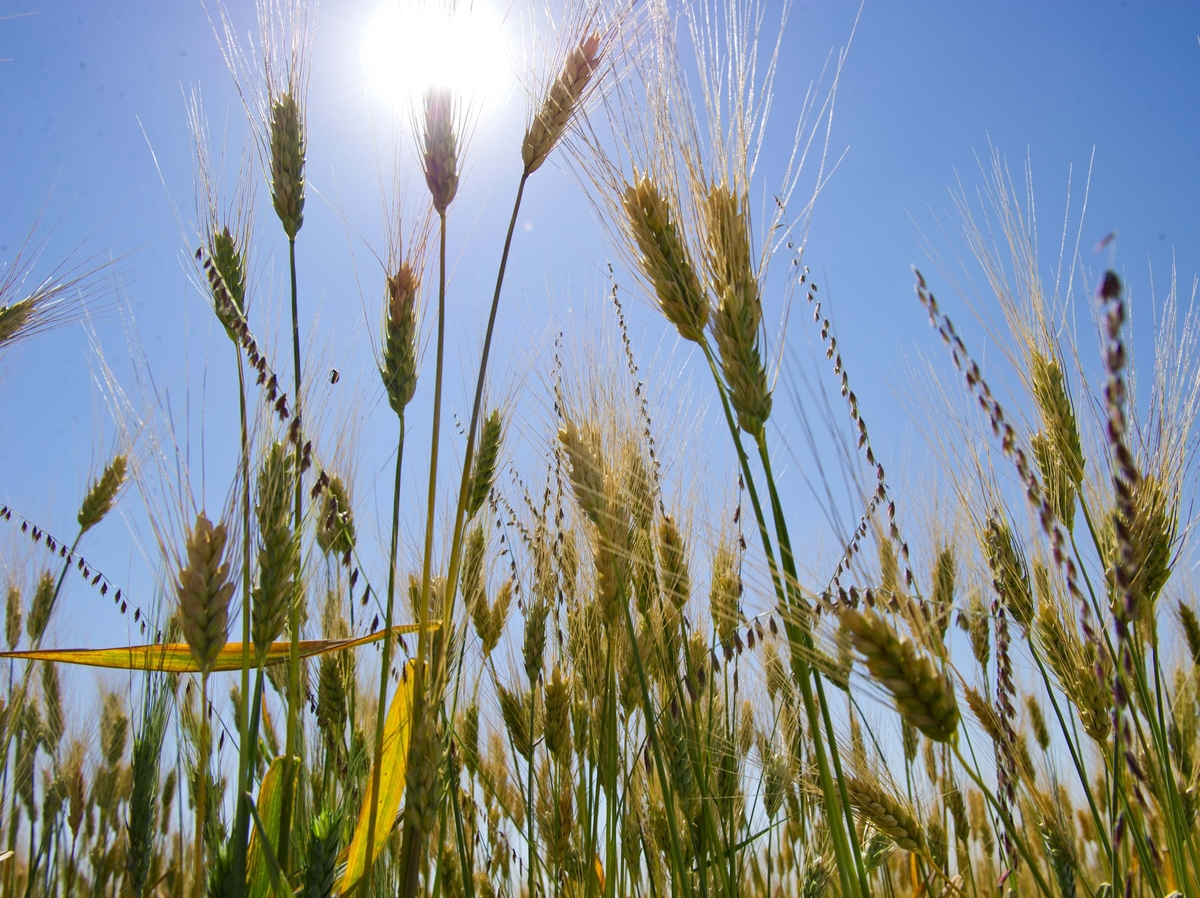 About 40 years ago wheat breeders introduced new varieties of wheat that helped farmers increase their grain yields. But scientists say those varieties aren't linked to the rise in celiac disease.

Wheat has been getting a bad rap lately.

Many folks are experimenting with the gluten-free diet, and a best-selling book called Wheat Belly has helped drive a lot of the interest.

"Wheat is the most destructive thing you could put on your plate, no question," says William Davis, a cardiologist in Milwaukee, Wis., who authored the book.

Davis' drastic views on the ills of wheat were shaped by his own personal experience. Twenty-five years ago, he had Type 2 diabetes, as well as a host of other common ailments including "mind fog, mood swings, joint pains and acid reflux," he says.

But after he stopped eating wheat, he says, his health improved. And he's seen the same kinds of results when his patients go on wheat-free diets.

"You take wheat out of the diet and you literally see lives transformed," Davis says.

Davis' beliefs are way outside the mainstream. Most doctors don't think wheat causes problems for most people. Nonetheless, with a growing number of people claiming they feel better without wheat, Davis says there's something going on here.

His theory is that modern varieties of wheat are to blame. He says the wheat of yesteryear didn't make people sick.

"We know that celiac disease has doubled in the last 20 years," Davis says. And he says we known that humans have probably not changed, "so the more likely culprit is the wheat itself."

It's true that about 40 years ago, breeders introduced new varieties of wheat that helped farmers increase their grain yields. Those varieties, which came out of the Green Revolution, now make up 90 percent of all the wheat that farmers grow around the world.

But the claim that the more productive wheat is somehow making people sick didn't sound right to scientists who work with the crop.

"I never thought that wheat was toxic," says Donald Kasarda, who has studied gluten proteins for more than 40 years as a research chemist for the U.S. Department of Agriculture.

Kasarda says when he saw there was speculation that the rise in celiac disease and gluten sensitivities was linked to breeders increasing the amount of gluten in wheat, he was very skeptical.

"It seemed strange to me," says Kasarda. As far as he knew, gluten levels had remained about the same. And when he dug deeper, combing through the scientific literature, he found no significant differences in gluten levels in wheat from the early part of the 20th century, compared with gluten levels from the latter half of the century.

So, when it comes to an increase of gluten in modern wheat? "As I suspected, I didn't find any evidence that this is true," says Kasarda.

Kasarda presented his research at the International Celiac Disease Symposium this week. And he published his findings in the peer-reviewed Journal of Agricultural and Food Chemistry.

Now, Wheat Belly author Davis believes there are more subtle changes in the wheat plant that are leading to the problems. But there's no scientific agreement on this. And in the medical world, there's a lot of pushback against the idea that modern wheat is toxic to all of us.

"I certainly think that's an overstatement," celiac expert Daniel Leffler told us. Leffler directs research at Beth Israel Deaconess Medical Center and is on the faculty at Harvard Medical School.

"I don't think there's one evil food causing the problem in our society," Leffler says. In fact, he says most people eat wheat with no problem. "There's good evidence that the vast majority of people actually do just fine with wheat."

Leffler says it's true that the prevalence of celiac disease is up. Most experts agree that about 1 percent of the population has this condition, which makes it very vulnerable to even small amounts of gluten, and they say it isn't just due to better diagnosis and awareness.

There's also a growing consensus that another portion of the population does have a nonceliac gluten sensitivity. That means they test negative for celiac disease but have some similar symptoms — like diarrhea, abdominal pain and headaches — after eating foods with gluten.

Leffler says there's likely no single cause leading to the increased prevalence of celiac. And he doesn't agree with the notion that changes to modern wheat could explain what's happening.

"We sort of chafe at these oversimplistic theories that purport to explain an entire rise in a disease," he says.

Leffler says the increase in celiac disease comes at a time when lots of other autoimmune diseases and allergies are on the rise, too. And one theory that might help explain this phenomenon is the so-called hygiene hypothesis.

This is the idea that our environment has become so clean and sterile that our immune systems no longer have to fend off so many bugs and infections, especially when we're young. As a result, our immune systems start to overreact to things that should be harmless, such as wheat or peanuts.

"You can see very quickly how this gets really complicated," Leffler says.

There are many other theories that could help explain gluten intolerances. Some scientists are looking at the changes in gut bacteria. There's also growing evidence that antibiotic use early in life and the timing of introducing babies to wheat and other grains could favor the onset of celiac disease later in life, says Stefano Guandalini, a professor of pediatrics at the University of Chicago and medical director of the university's Celiac Disease Center.

As for why so many people say they feel better on a gluten-free diet, Guandalini says that might have nothing to do with the gluten.

"It could be another protein in wheat," he says. "It could also be that once you remove gluten, you're also removing a number of other carbohydrates that are hard to digest. So you eliminate them and that makes you feel better."

But, he admits, doctors are really just beginning to understand what gluten sensitivity truly is. "It's a moving target," Guandalini says. "The more we learn the less we really know."

Leffler of Beth Israel Deaconess Medical Center agrees that we should stay tuned on this one. But in the meantime, don't think you have to avoid wheat if you enjoy bread and pasta and tolerate them well.