Accessibility links
McDonald's Says Bye-Bye To Sugary Sodas In Happy Meals : The Salt From now on, the fast-food giant says, it will only market and promote milk, water or juice with its children's meals — though parents can still choose to order sodas for their children. The change comes as part of a larger plan to promote more healthful choices. 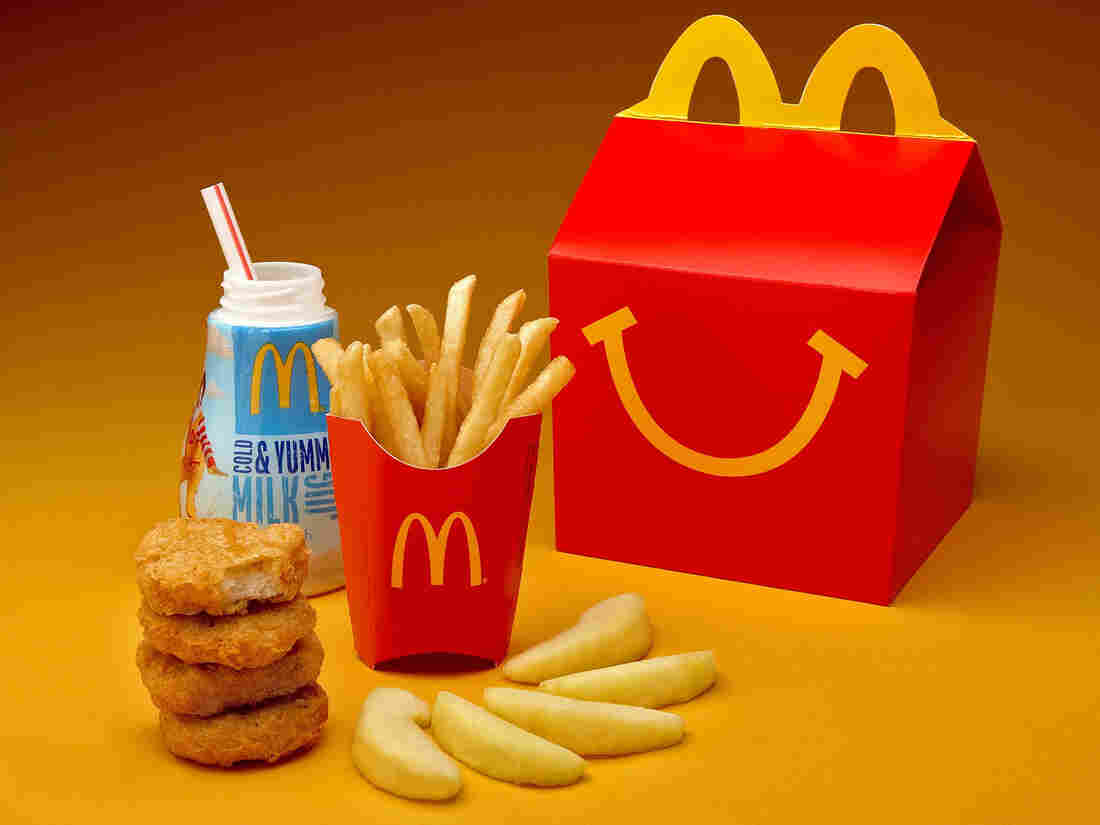 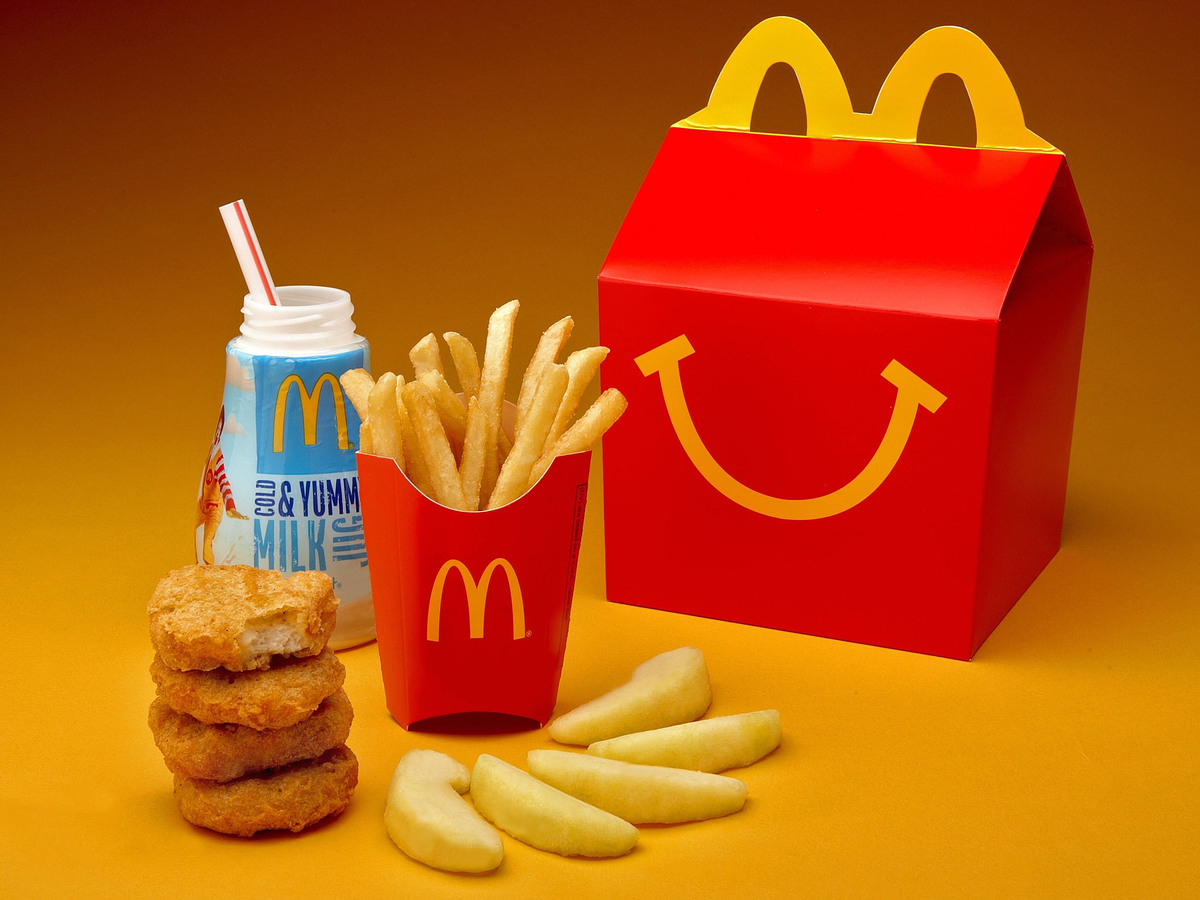 Goodbye, Sodas. McDonald's says it will now market and promote Happy Meals only with milk, water or juice.

Fast-food giant McDonald's has made a commitment to stop marketing sodas as a beverage option in kids' Happy Meals.

Instead, the chain has committed to market and promote only milk, water and juice with the children's meals.

Now, if parents order a Coke or Sprite with their child's Happy Meal, they won't be turned down. But sodas will no longer be marketed or promoted visually in any of McDonald's advertisements or in-store visuals.

The change comes as part of a larger plan to promote more healthful choices at the fast-food chain.

The announcement was made in partnership with The Alliance for a Healthy Generation, founded by the Clinton Foundation and the American Heart Association — which has been working to combat childhood obesity.

According to a release from the alliance, Don Thompson, president and CEO of McDonald's, and former President Bill Clinton announced the collaboration this afternoon at an event in New York City.

The announcement said that McDonald's has committed to several changes aimed at promoting balanced food and beverage choices. Among them is a commitment to provide customers a choice of a side salad, fruit or vegetable as a substitute for french fries when they're ordering value meals.

According to the release, McDonalds will make these changes in 20 global markets, including U.S. restaurants, which account for 85 percent of global sales.

The Center for Science in the Public Interest released a statement calling the removal of sugary sodas from Happy Meals a major advance. But Margo Wootan, director of nutrition policy at CSPI, says there's lots more room for improvement.

"McDonald's could make its meals less harmful by continuing to reduce sodium, adding more whole wheat into their buns, and phasing out their 30- and 21-ounce soda sizes for adults," Wootan wrote.

And, hey, how about the competition? Wootan says other restaurant chains should follow suit and stop marketing sodas with children's meals.