Accessibility links
These Folks Went Vegetarian Back When It Was Way Uncool : The Salt Today is World Vegetarian Day, but every day is reason to go meatless at Hiltl's, the world's oldest continually operating vegetarian restaurant. This pioneering place opened more than a century ago in meat-loving Zurich.

These Folks Went Vegetarian Back When It Was Way Uncool

These Folks Went Vegetarian Back When It Was Way Uncool 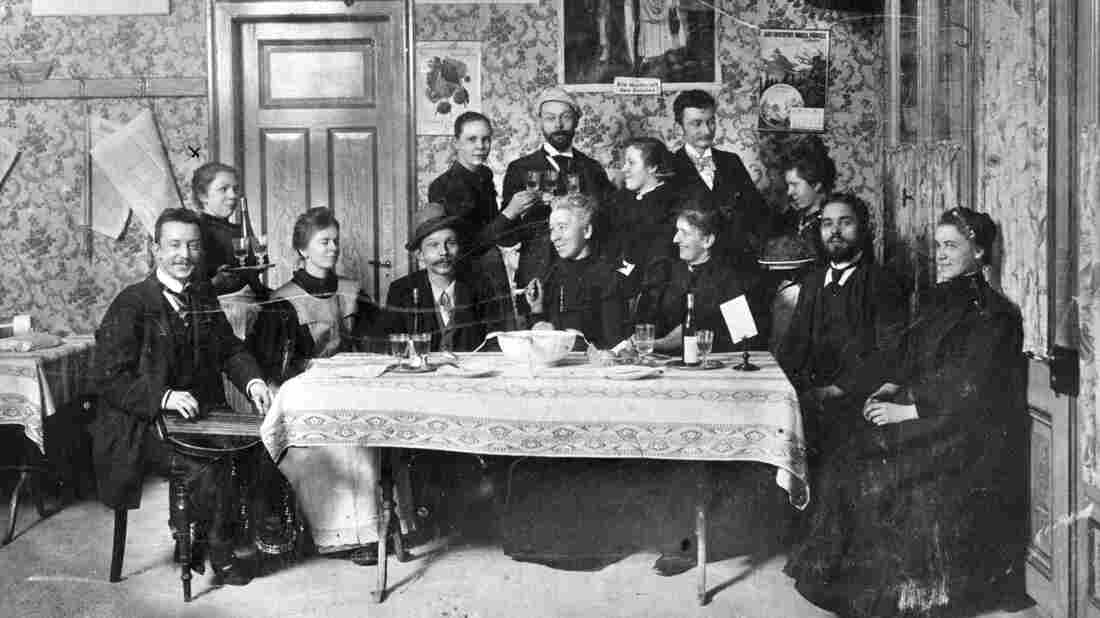 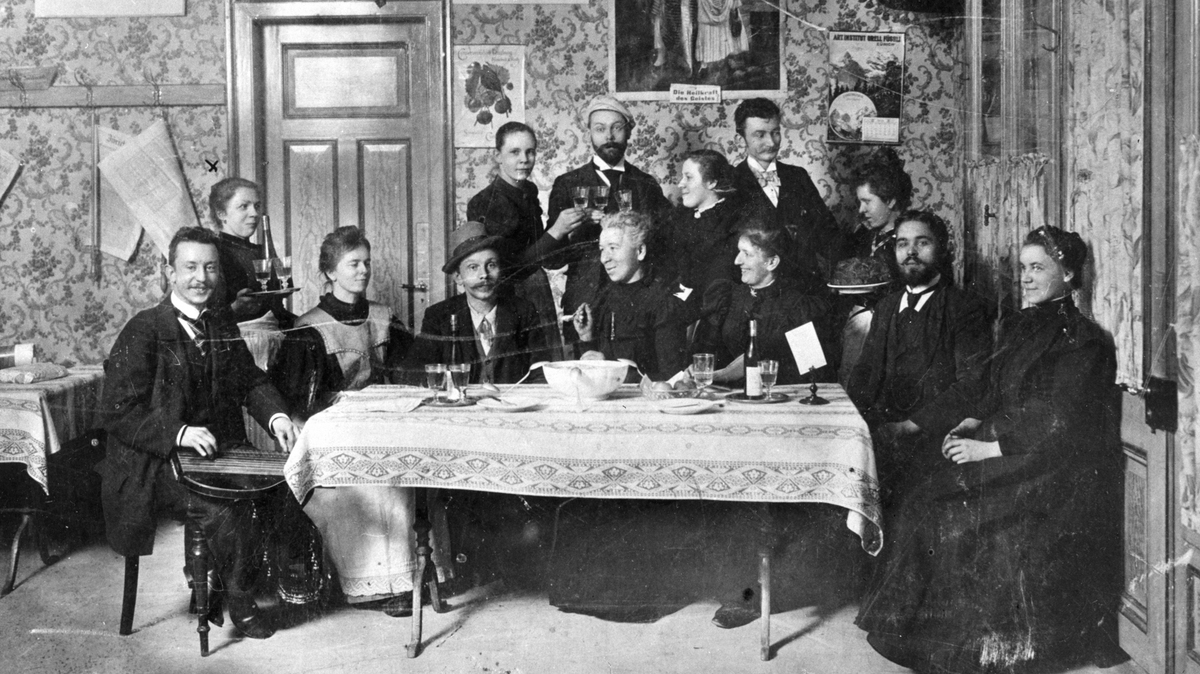 This gang founded Zurich's Vegetarians' Home and Teetotaller Cafe in 1898. Ambrosius Hiltl bought the joint and changed the name in 1903.

These days, many people wear their vegetarianism as a badge of honor — even if it's only before 6 p.m, as food writer Mark Bittman advocates. (Actually, he wants us to go part-time vegan.) There's even a World Vegetarian Day, which happens to be today, FYI.

But more than 100 years ago, when Hitl, the world's oldest continually operating vegetarian restaurant, opened its doors in Zurich, it was an entirely different story.

The Swiss, you see, have long been a pretty meat-loving bunch. "If you didn't eat meat, it meant you had no money," he says. Vegetarianism, in other words, was kind of a badge of shame. 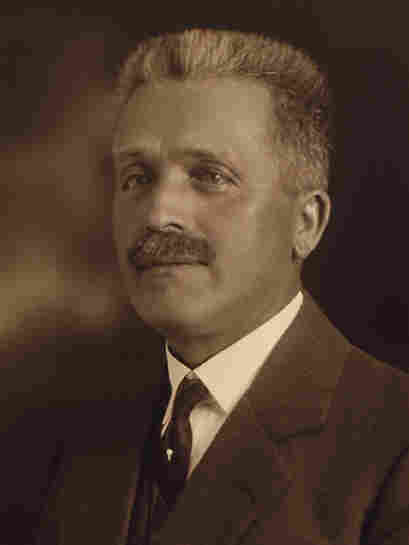 Ambrosius Hiltl got a hankering for vegetarian food after a doctor told him that a meatless diet would help alleviate his joint pain. Courtesy Hiltl hide caption

But that didn't deter Ambrosius Hiltl. Back in the 19th century, the Bavarian cobbler was working in Zurich when he adopted a vegetarian diet to alleviate joint pain from rheumatoid arthritis. The advice came from a doctor who followed the school of thought that a diet of raw vegetables, fruit and nuts could heal most ailments. That was an idea popularized by Maximilian Bircher-Benner, a Swiss physician and nutritional theorist best known for inventing muesli.

Lucky for Hiltl, Zurich had an option for budding vegetarians like him: the Vegetarians' Home and Teetotaller Café, which had opened its doors in 1898. Not exactly the kind of name that draws crowds, but Hiltl nonetheless became a frequent diner. Eventually, he decided to buy the joint. Hence, Hiltl — a Zurich institution — was born.

The original menu may have been vegetarian, but it wasn't especially healthful. Dishes were essentially regular recipes served without meat. Potatoes, rice and flour-based foods featured heavily, and Vauthier says Bircher muesli was served, but back then, it was made according to the original recipe, using condensed milk.

The original vegetarian restaurant had been in business for five years before Hiltl took over in 1903, continuing to serve a motley — and largely female — clientele. The meatless menu attracted artists and writers, as well as those with ailing health and the religiously observant.

While other, traditional, meat-heavy restaurants suffered during post-war rationing, Hiltl carried on without interruptions.

And in 1951, when a new generation took over the restaurant, Ambrosius Hiltl's daughter-in-law Margrith seized the chance to steer the menu. A culinary pioneer, she traveled on her own to India in 1951 to attend a chef's convention, where she fell in love with Indian cuisine, carrying back exotic spices and teaching her Swiss chefs new recipes.

The Colonial Curry she brought back, with its mushroom curry sauce and fruit on top, has been a mainstay ever since. Vauthier says it paved the way for the next wave of "experimental" food that marked the '60s and '70s – canned pineapple and lychees. 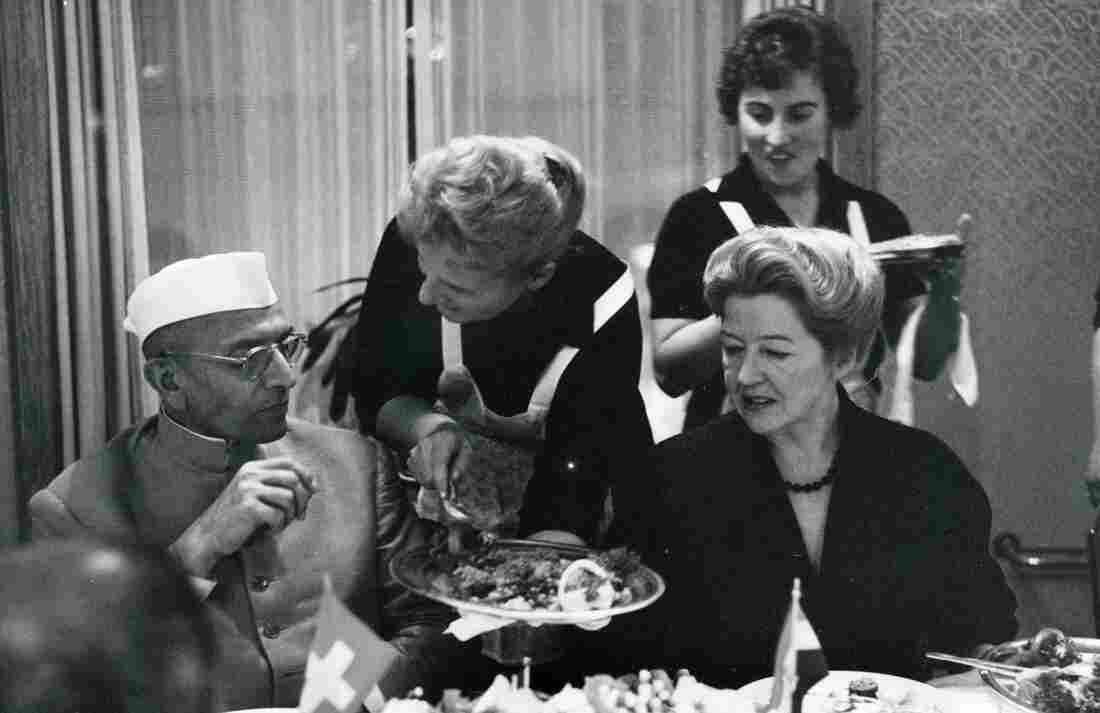 "Canned fruit was very exotic and trendy," he says. "We mixed them with curry and it was very popular."

Over the years, this adventurous approach to food, with an emphasis on quality ingredients, has earned Hiltl respect in foodie circles. It has more than 100 items on its vast buffet, including very unsophisticated dishes like jalapeno poppers and mini-calzones.

Since the '70s, when the new generation took over the restaurant, Hiltl has managed to stay hip. The space has mushroomed from seating for 50, to cover three floors — enough room for 500 diners, making it one of Switzerland's largest restaurants. A cocktail bar, a nightclub attracting international DJs, cooking classes and an a la carte area all help make Hiltl fashionable today, says food writer and blogger Kerrin Rousset.

"It's a place to see and be seen," she says. "The decor and advertising are not just 'historical,' but bold, fun and young. They're on Twitter and Facebook."

But, Rousset also points out Hiltl isn't necessarily defined by its meatless menu. "I don't think the Swiss see eating vegetarian in general as trendy. There aren't many vegetarian restaurants. You don't find this type of food any place else." 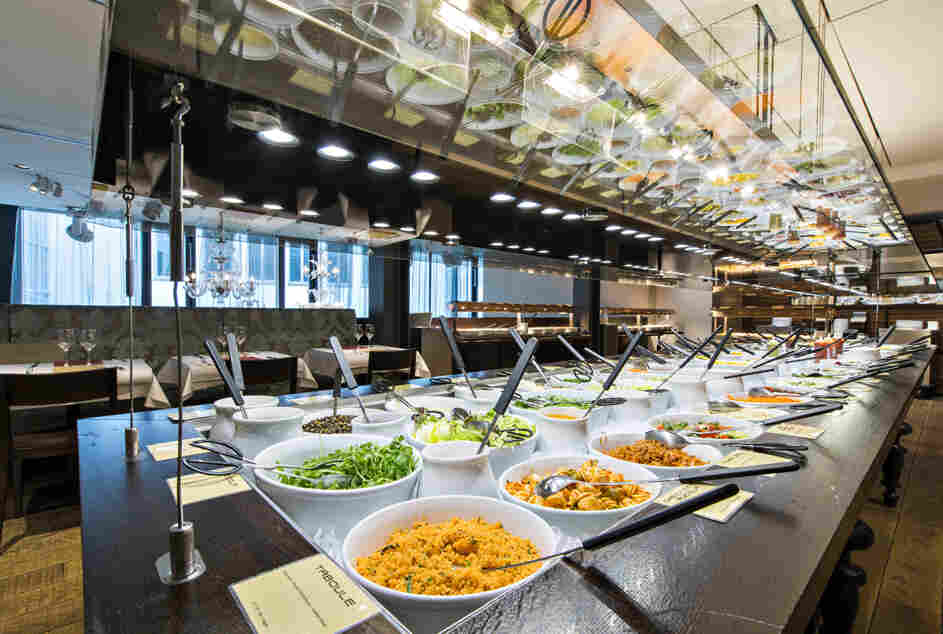 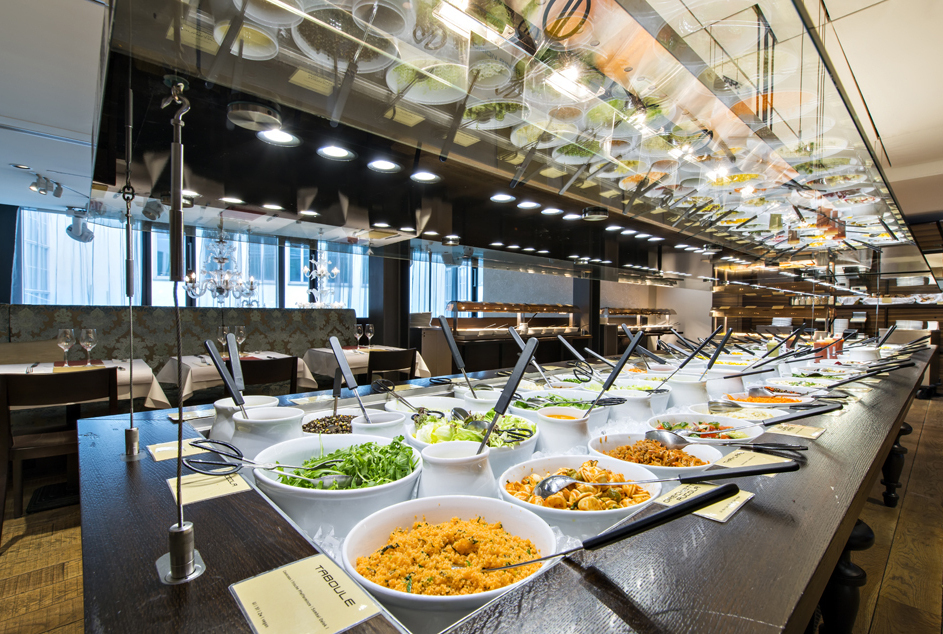 Today, Hiltl features more than 100 items on its vast buffet and covers three floors, with seating for 500.

It's true: Many of Hiltl's customers aren't vegetarian. They just like the concept of an international buffet with fresh, quality food served in a trendy environment, which also explains why some of Hiltl's unhealthiest fare is the most popular. One top seller: meatless Zürich Geschnetzeltes with Rösti, a typical Swiss dish usually made with small pieces of veal and mushrooms in a cream sauce, served with crispy potatoes.

And for some customers, like Alex Radzyner, the legendary place hits a sentimental sweet spot. As a child, Radzyner grew up taking regular vacations to Zurich from Salzburg with his family, who kept kosher.

"We always went to Hiltl because it was one of very few restaurants where we could eat whatever was on the menu," he says. "It was nicer than the kosher restaurants, and they served more sophisticated dishes, like puff pastry with a mushroom cream sauce — things you wouldn't make at home. It's a place you expect to be around forever."