Accessibility links
Study: Fast Food Has Gotten A Bit Slower : The Salt It may be fast food, but it's taking longer than ever in the drive-through lane. A study conducted by an industry trade magazine finds the major chains are offering more complicated menu items that take longer to assemble and are tougher to get right. 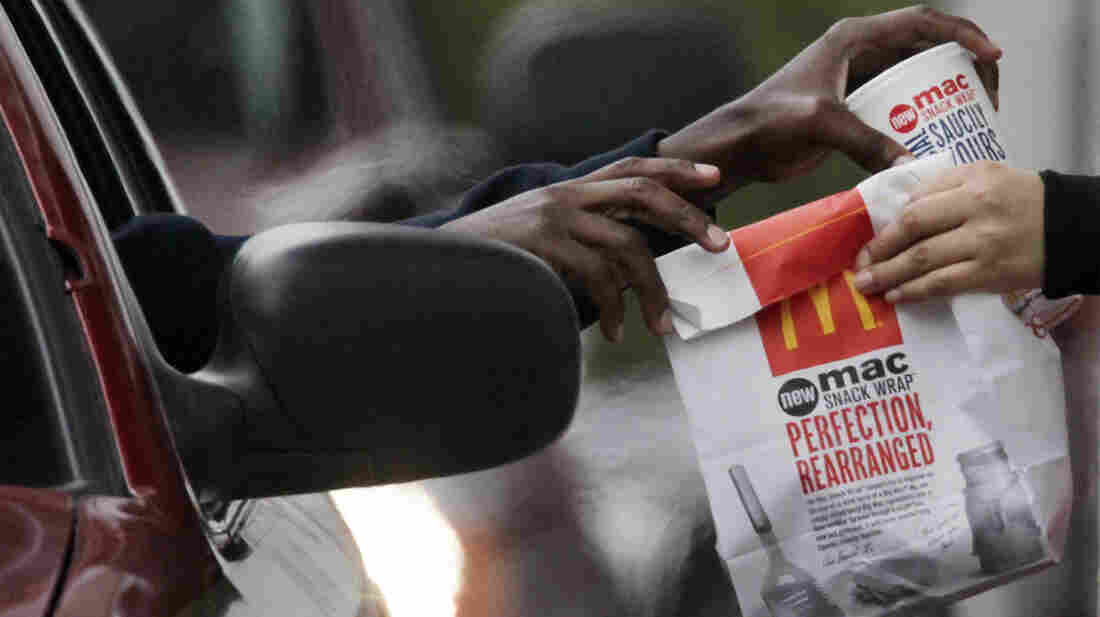 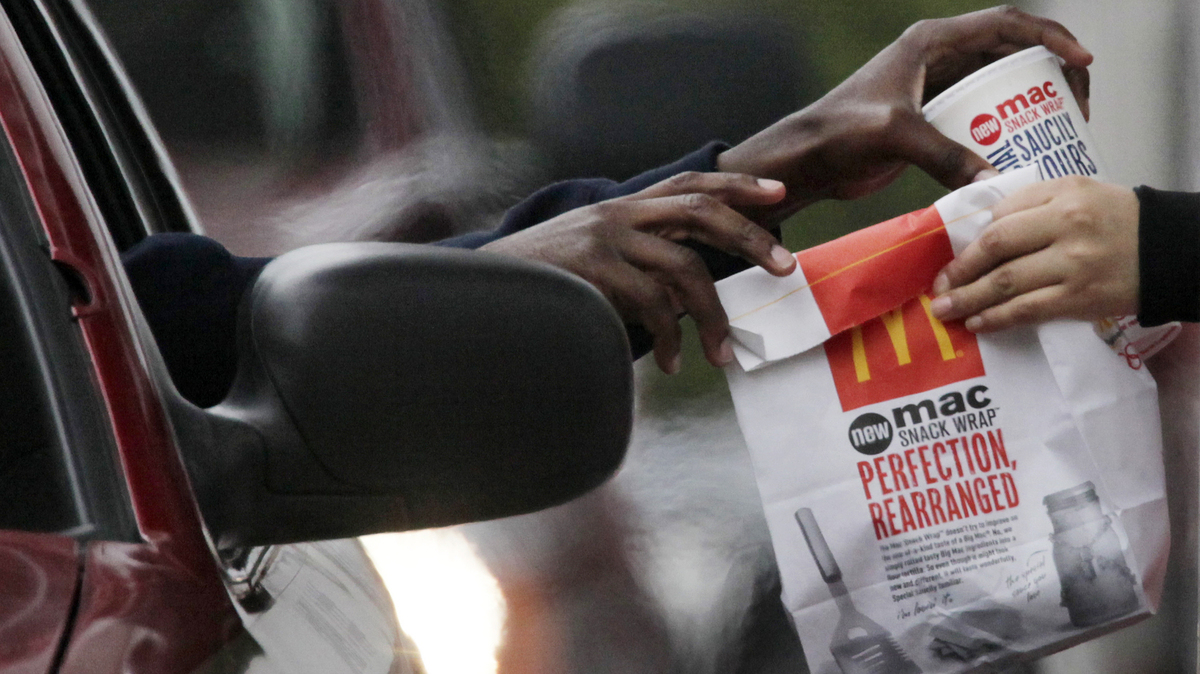 McDonald's posted its slowest drive-through performance times in 15 years, according to a new industry study.

Fast food, it turns out, isn't quite as fast as it used to be.

A new study finds that McDonald's posted its slowest drive-through times since this survey was first conducted 15 years ago.

At McDonald's, customers will spend on average 3 minutes and 9 seconds from the time they place their orders until they receive their food. That's about 10 seconds more than the industry average — and a lot slower than a decade ago, according to the study, which was commissioned by QSR, an industry trade publication.

And McDonald's wasn't alone in slowing down: Other chains, like Chick-fil-A, also saw their drive-through performance slow down.

Among the reasons for the more sluggish service: Today there are more choices on the menu, and the products themselves are more complex — flavored lattes, smoothies and salad bowls, for example. All of that can take longer to prepare and adds to the time spent waiting in the drive-through line.

Speed, of course, is essential to the drive-through experience, and drive-throughs are hugely important to chains such as McDonald's, Burger King and Taco Bell.

"Usually the drive-through accounts for 60 percent or 70 percent of all business that goes through a fast-food restaurant," notes Sam Oches, editor of QSR.

Of course, consumers also want their orders prepared correctly and on that score, Oches says, "accuracy is still really high."

The American quest for speed and convenience is now prompting some so-called fast casual chains like Panera to expand their drive-through offerings.

"It's a defensive thing, if nothing else," says Bob Goldin, an executive vice president with food and restaurant industry research firm Technomic. As Goldin puts it, you don't want to lose a customer who's in a hurry.