Accessibility links
Can Millet Take On Quinoa? First, It'll Need A Makeover : The Salt The grain hasn't quite taken off yet, partly because of perception issues. But farmers are optimistic that the grain, which is high in protein and gluten-free, can compete with quinoa. 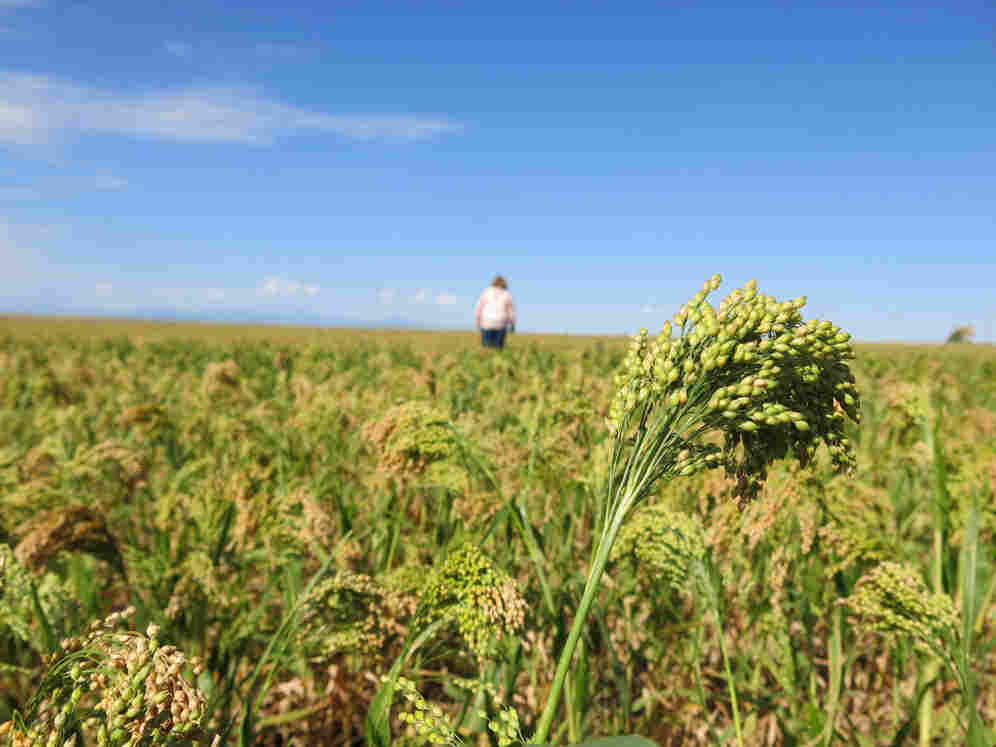 This millet field outside Nunn, Colo., is nearing harvest time, when the grain turns from green to a golden color. Luke Runyon/Harvest Public Media hide caption

Walk through a health food store and you'll find amaranth, sorghum, quinoa — heritage grains that have been staples around the world for generations. Americans are just discovering them.

There's another age-old grain that grows right here on the Great Plains: millet.

The millet plant is drought-tolerant, and nutritionally it competes with quinoa, the protein-rich South American grain that American farmers are clamoring to grow. Millet, though, hasn't quite taken off like quinoa has, thanks in large part to perception and production issues.

On the surface, millet has many things going for it. It's gluten-free (appealing for people trying to avoid gluten) and high in protein. And it can be marketed to locavores: Colorado produces about half of the nation's millet, with the rest largely coming from South Dakota and Nebraska.

But then there's millet's image problem. Most shoppers, if they've heard of it at all, equate millet with bags of birdseed. It's not exactly the first choice when picking out a side dish. 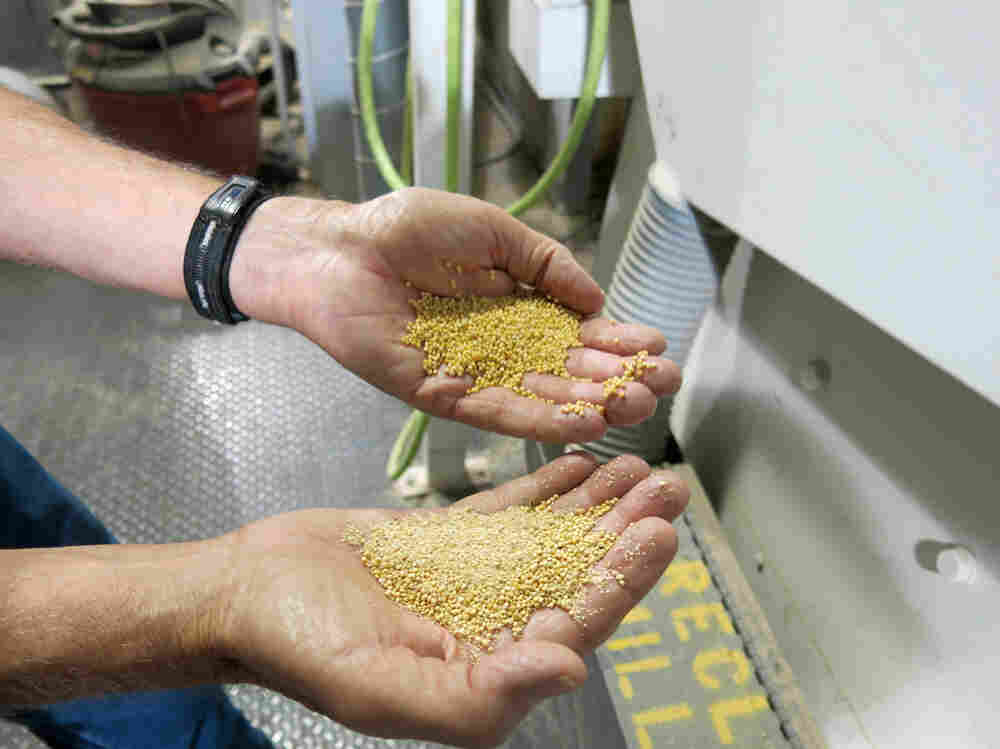 Before it can be eaten and digested by humans, millet needs to have a thin hull removed. Only a few millet processing facilities exist in the U.S. Luke Runyon/Harvest Public Media hide caption 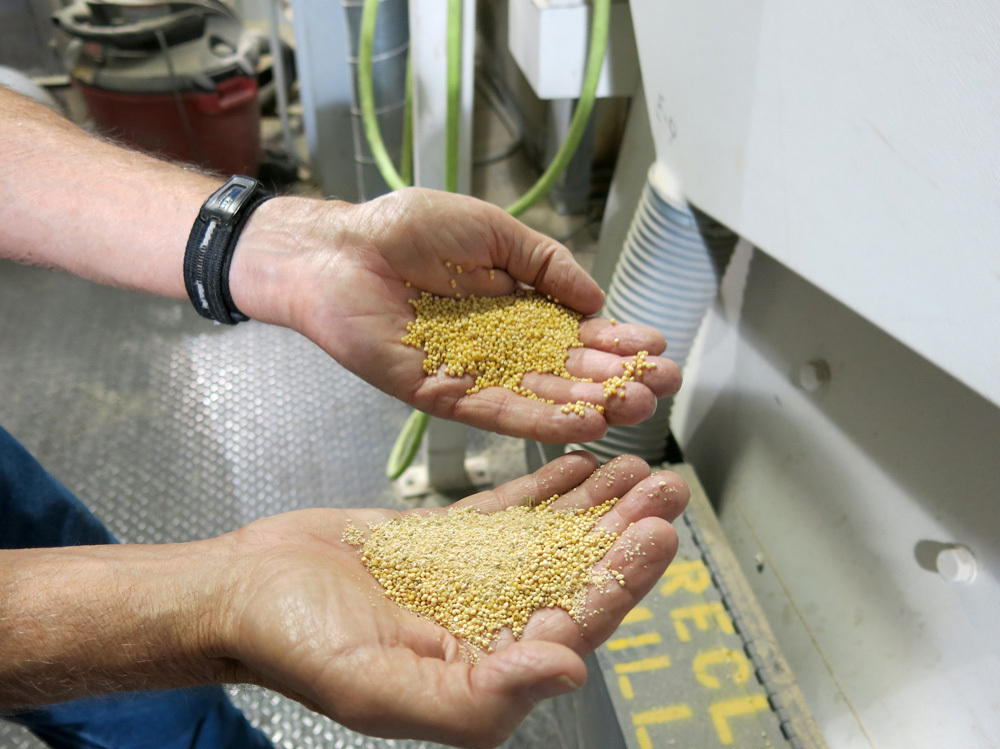 Before it can be eaten and digested by humans, millet needs to have a thin hull removed. Only a few millet processing facilities exist in the U.S.

"It is a perception that's still out there, but it's actually a different millet than what we're raising for human consumption, and so we're working very hard to introduce millet for food," says Jean Hediger, a farmer who runs an informal co-op of millet growers based in Nunn, Colo.

When it comes to millet, Hediger says, many consumers think "bird feeder" not "dinner plate."

Despite the birdseed issue, millet is gaining momentum with consumers, Hediger says. Her sales have increased significantly over the past few years.

But last year the farmers hit a huge setback when the usually drought-tolerant millet withered under exceptionally hot and dry conditions. Some farmers lost up to 80 percent of their crop.

"Last year was a disaster," says Hediger. "You know, all of a sudden our sales are doubling and tripling — it's really terrific — and then our buyers call and we say, 'Well, we had a drought; we can't get access to the crop, and there's just a limited amount.' "

That limited amount drove up prices for millet threefold, making it even tougher to compete on grocery store shelves. 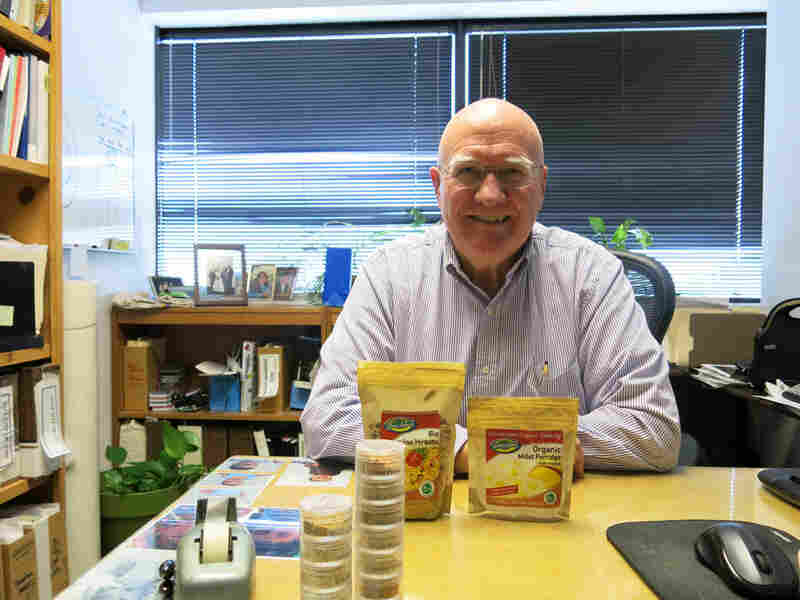 Tim Larsen, with the Colorado Department of Agriculture, is one of millet's staunchest backers. Luke Runyon/Harvest Public Media hide caption 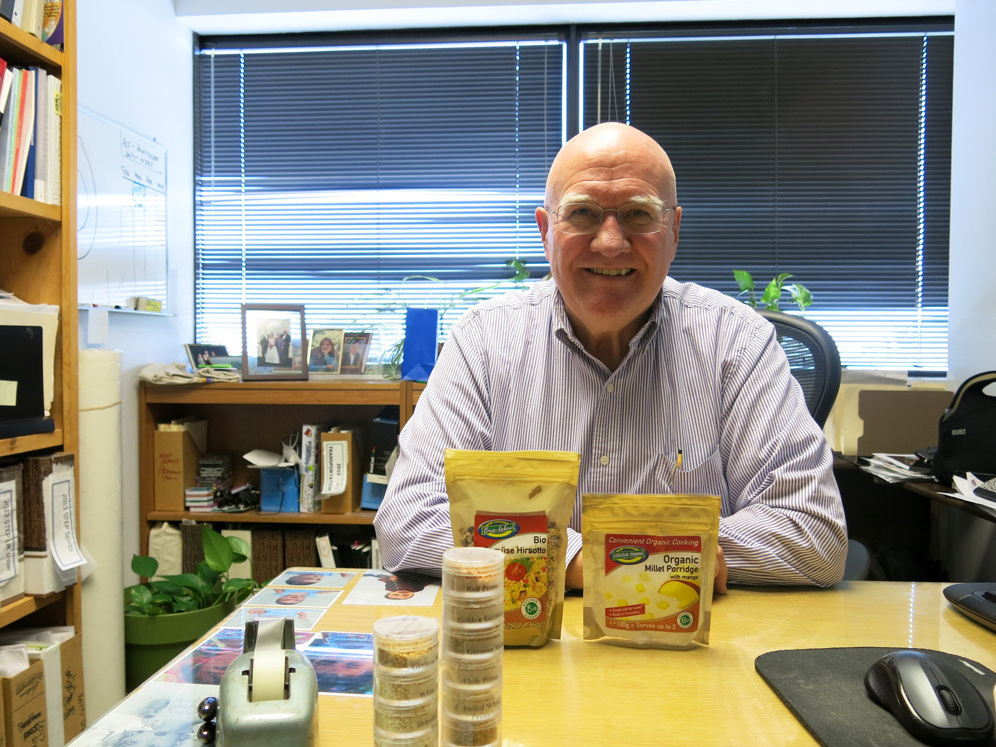 Tim Larsen, with the Colorado Department of Agriculture, is one of millet's staunchest backers.

"Introducing new products is very tough," says Tim Larsen, who does marketing for Colorado's Department of Agriculture. Larsen took on millet as a pet project a few years ago, after realizing the grain's potential.

Millet is already eaten widely across Asia and Africa, but only in small pockets in North America. Unlike almost every other crop grown in the country, no trade association exists to market millet. Instead, it's just a loose group of farmers with support from state agriculture officials promoting millet, which makes it tough to break into new markets.

The grain needs adventurous chefs and tastemakers to promote it to really take off, Larsen says.

One cook who's taking a liking to millet is Amie Arias. She runs the Vegan Van, a vegan-friendly food truck in Denver. On warm nights she serves a dessert that includes puffed millet.

"They are a chocolate-hazelnut-butter-Rice-Krispie-millet treat," says Arias.

Many customers who come to her van have never heard of millet or are surprised to find it in a dessert.

"I have to explain it, and sometimes people are little apprehensive that it's not going to taste so good in a Rice Krispie treat, but they expect something just sweet, and millet doesn't usually fall into those categories," Arias said.

"Sweets are always the best kind of introduction to any kind of food, because most people enjoy them and they're not afraid to try them."

And maybe next time, she says, they'll try eating millet without it covered in chocolate and topped with a scoop of ice cream.