Accessibility links
Why Lots Of Grass-Fed Beef Sold In U.S. Comes From Down Under : The Salt A lot of the grass-fed beef sold in the U.S. now comes from Australia because it's cheaper and available year-round. But U.S. producers say they still have an advantage over the imported meat: a homegrown story. 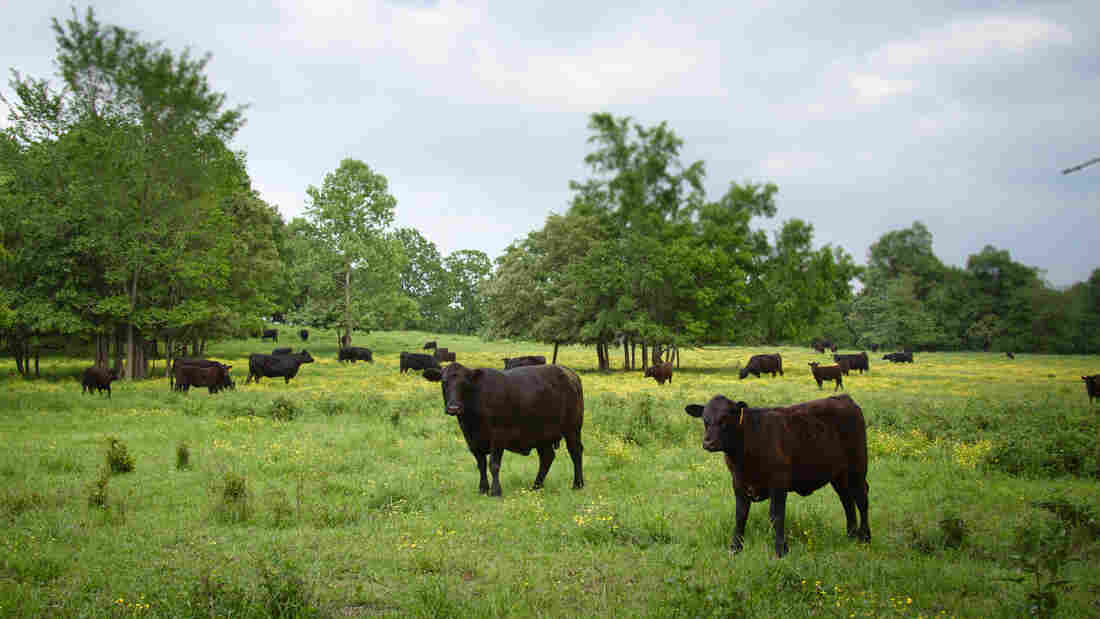 Patricia Whisnant, who runs Rain Crow Ranch in Doniphan, Mo., says her grass-fed beef can compete with the Australian product because it has a better story American consumers can connect with. Courtesy of Rain Crow Ranch hide caption 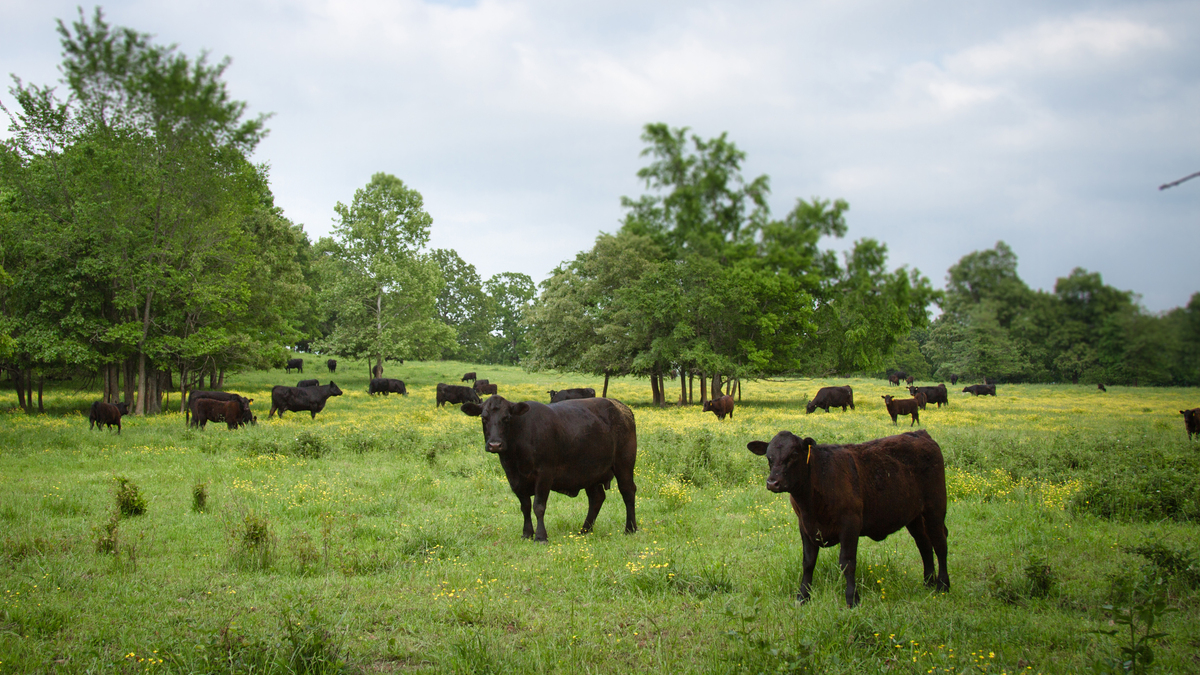 Patricia Whisnant, who runs Rain Crow Ranch in Doniphan, Mo., says her grass-fed beef can compete with the Australian product because it has a better story American consumers can connect with.

Beef from cattle that have grazed only on pasture is in high demand — much to the surprise of many meat retailers, who didn't traditionally think of grass-fed beef as top-quality.

George Siemon, a founder of Organic Valley, the big organic food supplier, says the push for grass-fed beef started with activists who wanted to challenge a beef industry dominated by factory-scale feedlots. In those feedlots, cattle are fed a corn-heavy diet designed to make the animals gain weight as quickly as possible.

Today, Siemon says, grass-fed has grown beyond that. "It has a naturalness that seems to attract the mainstream market," he says.

But if you look carefully at the labels on grass-fed beef, especially in mainstream supermarkets like Safeway and Stop & Shop, you'll notice something peculiar. Quite a lot of this beef is coming to the U.S. from half a world away, in Australia.

Patricia Whisnant knows about this through personal experience. She and her husband own Rain Crow Ranch in southern Missouri, which has become one of the country's largest grass-fed-beef producers. Several thousand cattle graze on more than 10,000 acres of grassland on the ranch itself and other farms nearby. "They roam around; they actually live a life that's behaviorally and biologically appropriate for that ruminant animal," says Whisnant.

The Whisnants have some big customers, including Whole Foods. A couple of years ago, an even bigger potential customer came to visit. It was a meat broker, a company that wanted to supply this increasingly popular product to mainstream supermarkets. The visit went well, but as Patricia Whisnant tells the story, the brokers also located another supplier that was bringing in grass-fed ground beef from Australia.

That Australian beef was 75 cents or a dollar cheaper per pound. And Whisnant lost the deal. "They said, 'We're sorry, you can't match that price, so we're going with them,' " Whisnant recalls.

Nobody collects information on exactly how much of the grass-fed beef that Americans eat comes from abroad. Theo Weening, the global meat coordinator for Whole Foods, says his company buys very little. "We probably import maybe 3 percent. The rest is regional, local; that's what we really push for," he says.

But you'll see plenty of Australian-origin beef in other supermarkets. Organic Valley, meanwhile, gets all of its grass-fed beef from Australia. There's also a lot of grass-fed beef coming in from Uruguay and Brazil.

So why does the U.S., the world's biggest beef producer, have to go abroad to find enough of the grass-fed variety?

Curt Lacy, an agricultural economist at the University of Georgia, says some of the reasons are pretty simple. Weather, for instance. In most of the U.S., it freezes. In Australia, it doesn't. So in Australia, as long as there's water, there's grass year-round.

And then there's the issue of land. "If you're going to finish animals on grass, it takes more land," Lacy says. Grassland in Australia is relatively cheap and plentiful, and there's not much else you can do with a lot of it, apart from grazing animals.

As a result, Australian grass-fed cattle operations are really big. In fact, they're the mainstream. Seventy percent of Australia's beef production comes from cattle that spent their lives grazing. And when beef operations are large-scale, everything becomes cheaper, from slaughtering to shipping.

On Monday, the U.S. company Cargill announced a new deal with Australia's second-biggest beef producer — a company called Tey's. Cargill will now sell more Australian beef in the U.S., both grass-fed and grain-fed.

Grass-fed-beef producer Whisnant says she still has one big advantage. "We have a story behind what we sell," she says. It's a story about her family, their ranch and her sons, who have just joined the business. Some consumers will pay more for that story.

And to reach the other consumers, American grass-fed operations are trying to get more efficient, too. Many are growing in size. The Whisnants have built their own slaughtering operation. They're also selling meat via the Internet. Maybe someday, American grass-fed beef won't seem quite so expensive, compared with the Australian competition.