Accessibility links
Of Goats And Gardens: Making Sense Of Urban Agriculture In LA : The Salt Urban agriculture abounds in Los Angeles county but few people could see the big picture of what was actually happening around them. So university students set out to create a baseline of data in the country's most populous county to help urban planners, regulators and agricultural pioneers make sense of it all. 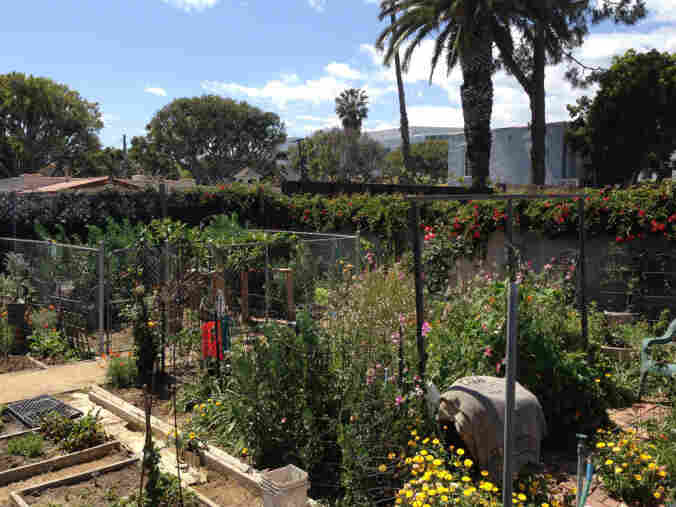 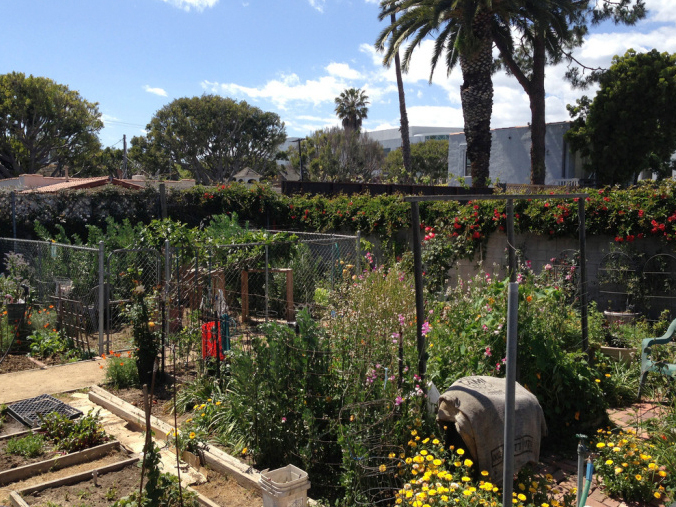 A garden in Santa Monica, Calif.

Until recently, if you wanted to find out the rules for raising goats in Hollywood, bees in Bel Air or squash in a community garden in South Central Los Angeles, it would have been pretty tough — like standing in various lines at the DMV.

Enter a dedicated group of urban planning graduate students at the University of California, Los Angeles. In six months, they waded through the bureaucratic nightmare of urban agriculture laws, ordinances and regulations in each of LA county's 88 cities, using old fashioned in-person interviews and that device called the telephone, so you won't have to. The result? A handy assessment of the city's urban agriculture scene.

Lots of people are excited about local food, healthier eating and sustainable cities these days. And that's sparked a renewed interest in the development of urban agriculture around the country. But few people actually know what it is or what's already happening around them. That is, unless they've been awoken repeatedly by a rooster in their subdivision and have tried to get rid of it.

"Urban agriculture is gaining momentum locally as well as nationally. Unfortunately, there is little research about the topic and many regulations have not caught up to this trend," Jaemi Jackson, co-project manager of Cultivate LA, tells The Salt. 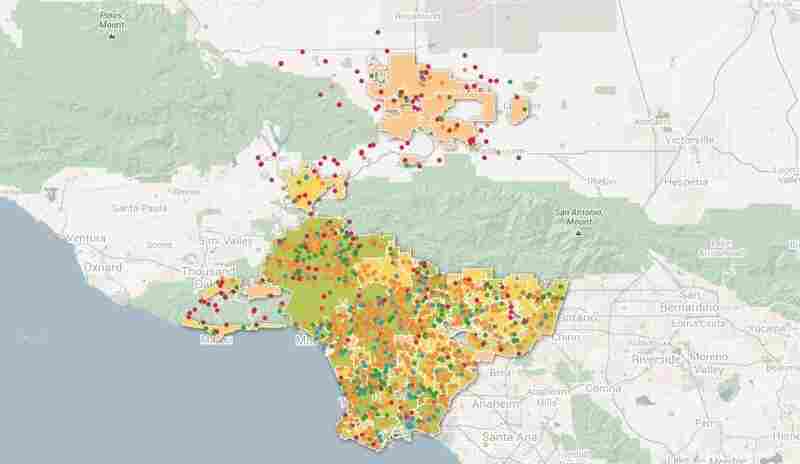 For example, Jackson says, in Duarte, a small city in the northeast part of the county, the animal code prohibits bees, yet the zoning code allows bees with a Minor Use Permit. Who's right? It's hard to say.

So the students set out to create a baseline of data in the country's most populous county to help urban planners, regulators and agricultural pioneers make sense of it all.

Even defining urban agriculture was a challenge, Jackson recalls. Many of LA's grocery stores call anything made in the state "local." But the students eventually settled on products made or grown urban settings, according to the report.

The students also created an interactive map showing the location of more than 1,200 formal urban agriculture sites across the county, from school gardens to nurseries, farms and community gardens using Google maps. Chicago also recently got its own urban garden map, as we reported back in January.

The UCLA students also studied the role of school gardens in educating kids about nutrition and made suggestions for future study. And then they put it all together at cultivatelosangeles.org.

Now, not every single bit of soil under cultivation made the cut — they didn't include the pop-up median gardens in South Central's otherwise wasted space, made famous by "rogue gardener" Ron Finley in his TED talk earlier this year, or private backyard gardens, for that matter.

"We had to have some limits," says Jackson's co-manager, Kelly Rytel.

Urban agriculture faces some unique challenges in LA and beyond, including the high cost of city land. "There's a tension between wanting to be big to produce a lot of product and being smaller and [more affordable,]" Rytel says. That's where urban food hubs – places where farmers and growers and the public can collaborate – come in, she says.

So while the study was limited to LA, the lessons learned can apply elsewhere, she says.