Accessibility links
Labor-Starved Pear Farmers Buckle Under Bumper Crop : The Salt The majority of the nation's pears grow in the Pacific Northwest, and this year's harvest is predicted to be one of the largest in history. But farmers are facing a shortfall that's been plaguing many agricultural industries: not enough workers to pick the fruit. 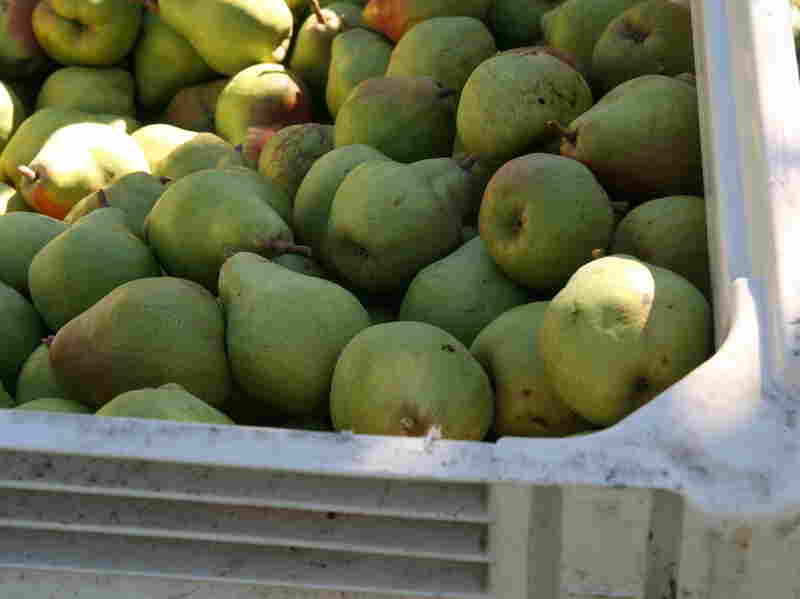 Some of this season's Comice pear harvest is rotting in Pacific Northwest orchards because there aren't enough workers to pick it. Deena Prichep/for NPR hide caption 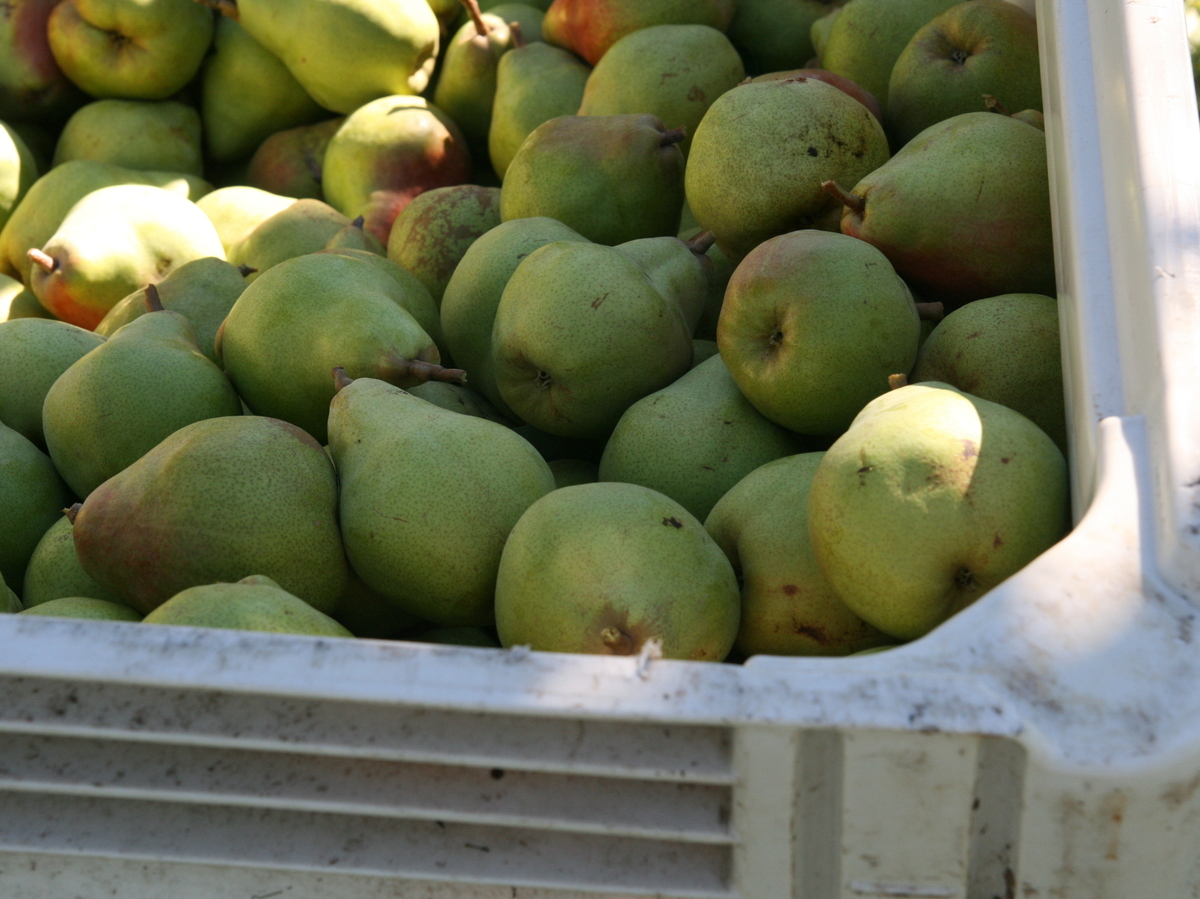 Some of this season's Comice pear harvest is rotting in Pacific Northwest orchards because there aren't enough workers to pick it.

It's always a bit sad to say goodbye to summer corn and tomatoes, and settle into fall.

There are consolations, though — like the new crop of pears. Over 80 percent of America's fresh pears are grown in the Pacific Northwest, and this year's harvest is slated to be one of the biggest on record.

But some of the fruit is rotting in the orchards because there aren't enough workers to pick them.

Mike McCarthy farms about 300 acres of pears in Oregon's Hood River Valley. He has about 60 workers harvesting in his fields, but would like to have about 30 more.

"Normally we would have picked these Comice [pears] at least 10 days ago, but we're just getting here now," says McCarthy. "And it's not a good thing."

Many farmers are short-staffed this year. For McCarthy, it's the third year in a row he has had a labor shortage. He's tried the employment office, but those workers didn't have any agriculture experience, and they didn't last more than a couple of days. He's looked for workers in Arizona and California, but found those states facing similar shortages.

And he even went through the government's H-2A visa program to recruit foreign workers, even though it's pretty costly for a small farm. But by the time his application was processed, the harvest season was underway. McCarthy estimates the labor shortage will cost the region $10 million to $20 million this season.

"The bottom line is there are not enough experienced agricultural workers in the United States to harvest the crops," he says.

This is undeniably hard work, and like all agriculture jobs, it's seasonal. But good pickers can earn over $200 a day. And McCarthy, like many growers out here, provides free housing. His workers tend to stay, many of them for decades. The problem is that no new workers are taking the place of the ones who retire.

Farm Laborers Get A Foothold With Their Own Organic Farms

Farmer Jennifer Euwer also has an aging workforce; many of the workers who gained amnesty under the 1986 IRCA ruling are still on the farm. And Euwer acknowledges that the labor is exceptionally hard.

Why Picking Your Berries For $8,000 A Year Hurts A Lot

"Pears are the heaviest, densest thing. You know, they don't float. That's why you bob for apples. Nobody bobs for pears," Euwer laughs.

Though many workers stay for decades, their kids, like 18-year-old Angel Najera Perez, are moving on. He starts at Boise State University in the spring, hoping to major in engineering, or materials science.

"It's very hard work," Najera Perez says, as he puts in a final season to earn some college money. "Yeah, the young people are going to college. They don't really want to work here anymore."

According to Bruce Sorte, an economist with Oregon State University, Najera Perez's experience is quite common — and it leaves a gap.

"There's two things that really affect the labor supply. One is, what's the alternative — where else can they work?" Sorte notes. "And then the other thing is, of course, the status of immigration policy in the United States has a huge impact."

Sorte says the future really comes down to better guest worker programs. And that's why McCarthy is meeting with his congressman this week. But he's a bit skeptical, because it's a meeting they've had before.

"Unfortunately there's such gridlock in Washington they can't figure something out," sighs McCarthy. "I don't think we can hold our breath for that."

While he doesn't have too much faith, McCarthy is hoping these conversations bear some fruit — maybe for next year's harvest.