Accessibility links
Meet Dave, A 19-Year-Old Craft Beer With A $2,000 Price Tag : The Salt The brewery that makes Dave is donating some of the proceeds to Guide Dogs for the Blind. But buyers who shell out the $2,000 are likely in it for more than the goodwill. There's a lot of hype around Dave. 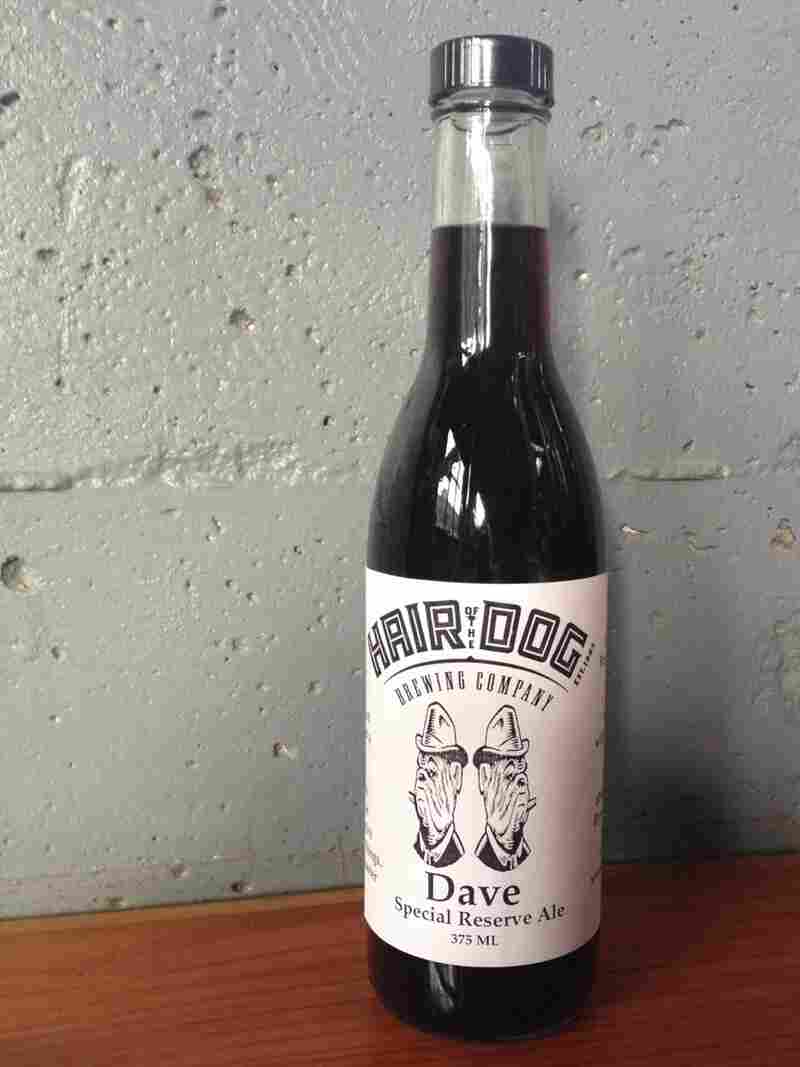 Hair of the Dog releases a few bottles of Dave a year. In September, the 12 bottles of Dave on sale for $2,000 apiece sold out within a few hours. Courtesy of Alan Sprints hide caption 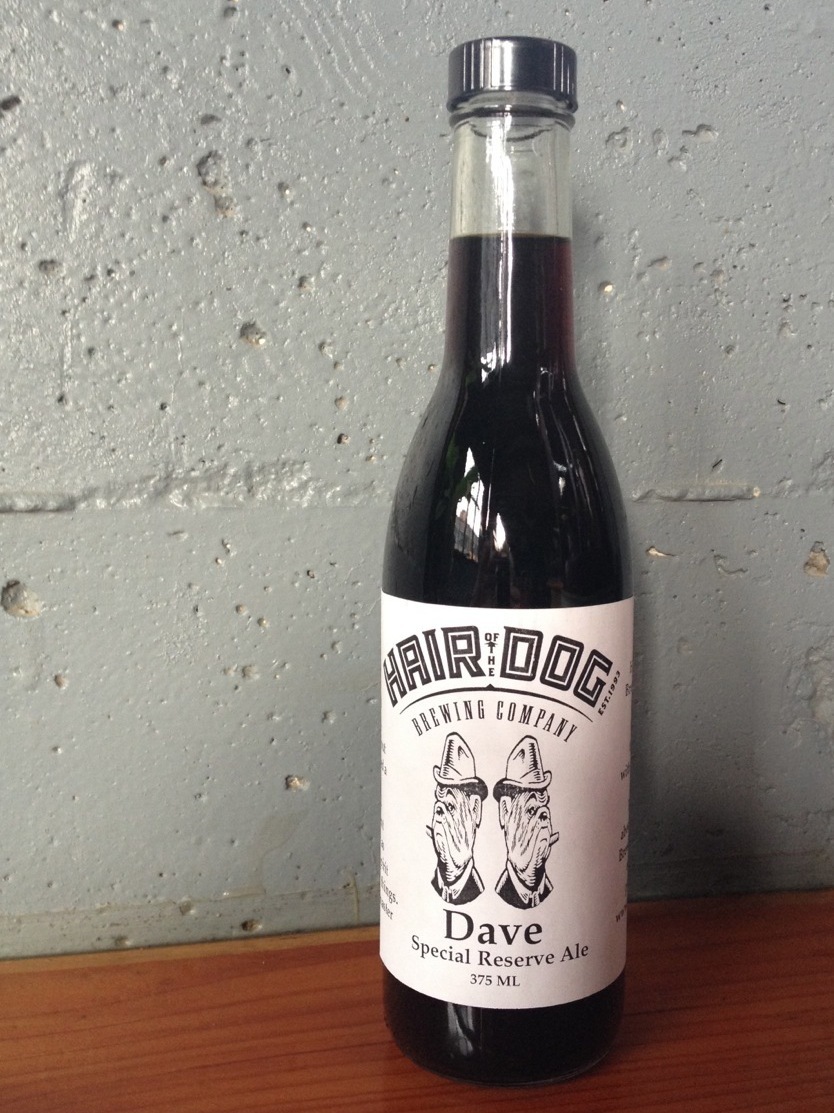 Hair of the Dog Brewery in Portland, Ore., makes a beer so rare, and so sought after, that it can fetch $2,000 a bottle.

It's called Dave. And no, it's not something out of a Portlandia sketch.

Dave is a barleywine — a strong, dark beer with 29 percent alcohol content. It's been aged for 19 years, first in oak barrels and then glass bottles.

According to the beer's creator, Alan Sprints, Dave was designed to get people to think about beer differently. "There are wines that are so special that there are people willing to pay more than they're really worth," Sprints says. Dave, he says, shows that beers can be just as special. You're paying not just for the taste but also for the novelty.

Dave first established its novelty when it won a barleywine competition in 1998. And as it aged, Dave got even better. "When it was young, it was very hot and alcoholic, and almost hard to drink," Sprints tells The Salt. "But now that it's aged it's become soft and lush."

It has also become pricier over the years. Fifteen years ago, Sprints said, he sold it for $80 a bottle. Three years ago, Dave was auctioned off for $1,500. Since 2003, the brewery has donated a percentage of the profits from the Dave sales to charity. This year, they'll go to Guide Dogs for the Blind.

When Hair of the Dog released 12 bottles of Dave in September — for $2,000 each — they sold out within a few hours. "There were seven or eight people in line for I think two hours before we had even opened," says Sprints. (Apparently Belgian Trappist ale isn't the only beer people are willing to stand in long lines for.) Half the bottles of Dave went to beer tasting groups around the country, and the rest to buyers' private collections.

Hair of the Dog has long specialized in extra-alcoholic, aged beers (though most of Sprints' brews are younger, and less alcoholic than Dave), and the brewery has a loyal following.

To make Dave, Sprints started off with another of his beers, called Adam, and put it through three rounds of freezing to increase the alcohol content. German eisbocks are concentrated in the same way — but most aren't nearly as alcoholic as Dave.

The technique, combined with Dave's age and limited quantity of 100 gallons produced back in 1994, has upped the hype around it. Two bottles were even sold at auction in 2012 for $4,525.56, according to Beerpulse.

Beer pushing the $2,000 mark is certainly unusual, but there are other brewers testing the market for exorbitantly priced beers. Scottish brewery BrewDog's End of History, which had 55 percent alcohol by volume and was sold in bottles stuffed into the carcasses of taxidermied critters, sold for $765 per bottle. And Nail Brewing in Perth, Australia, made a beer using water from an Antarctic iceberg and auctioned it off for $1,850.

But at least in the U.S., the average price of craft beer isn't going up, according to Julia Herz, the craft beer program director for the Brewers Association.

As more small brewers experiment with technique and taste, "you're also going to see increased value in obtaining these specially produced gems," she tells The Salt.

A Sign From Above? Needing New Roof, Monks Sell Rare Beer In U.S.

As for Sprints, the fact that people are clamoring for Dave "is an ego boost," he says. "I am proud to say that people who do pay $2,000 a bottle are actually happy with the way it tastes."

He's still got some left in his reserves, for those who are curious to taste it. But there's no word yet on when he'll be releasing another batch.