Accessibility links
Amid Big Salmonella Outbreak, USDA Says It's On The Job : The Salt An estimated 278 people in multiple states have been sickened by an outbreak of antibiotic-resistant salmonella linked to raw chicken. Despite stories suggesting otherwise, USDA says its work on the outbreak hasn't been hampered by the federal government shutdown. CDC is calling back about 30 furloughed staffers to help with its response. 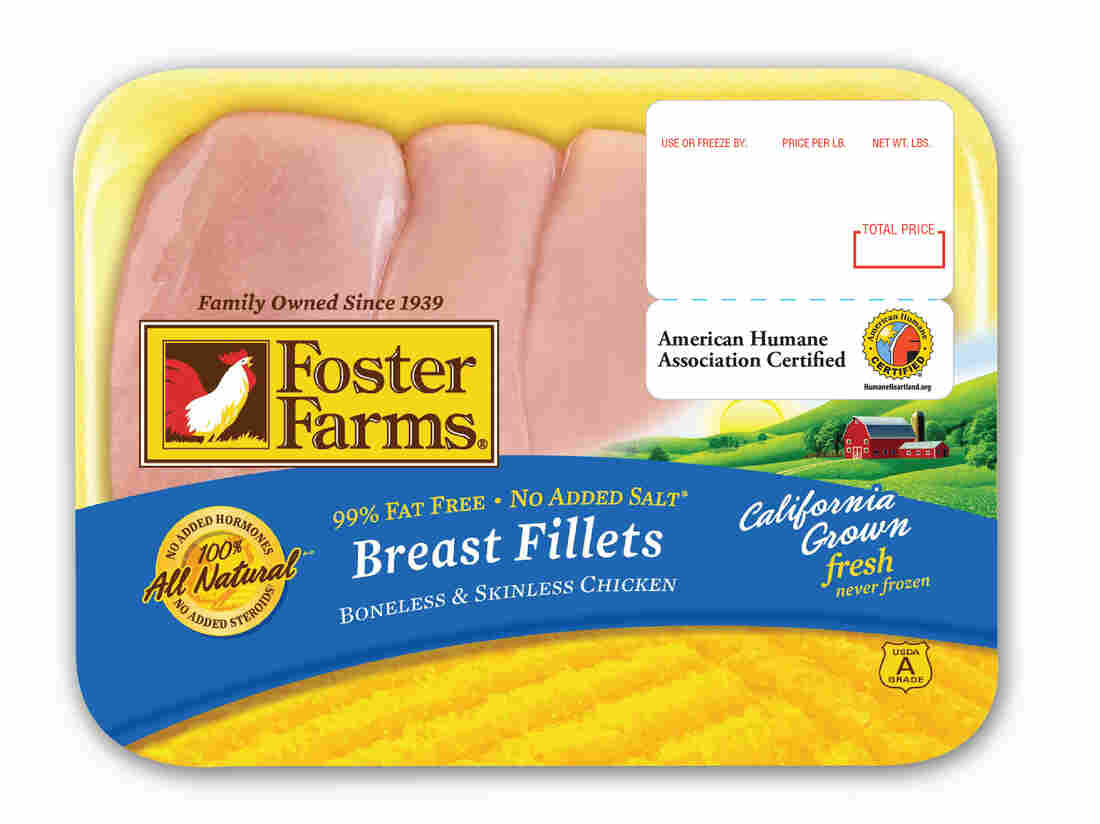 A salmonella outbreak that has sickened more than 270 people has been linked to raw chicken produced at three Foster Farms facilities in California. /PR Newswire hide caption 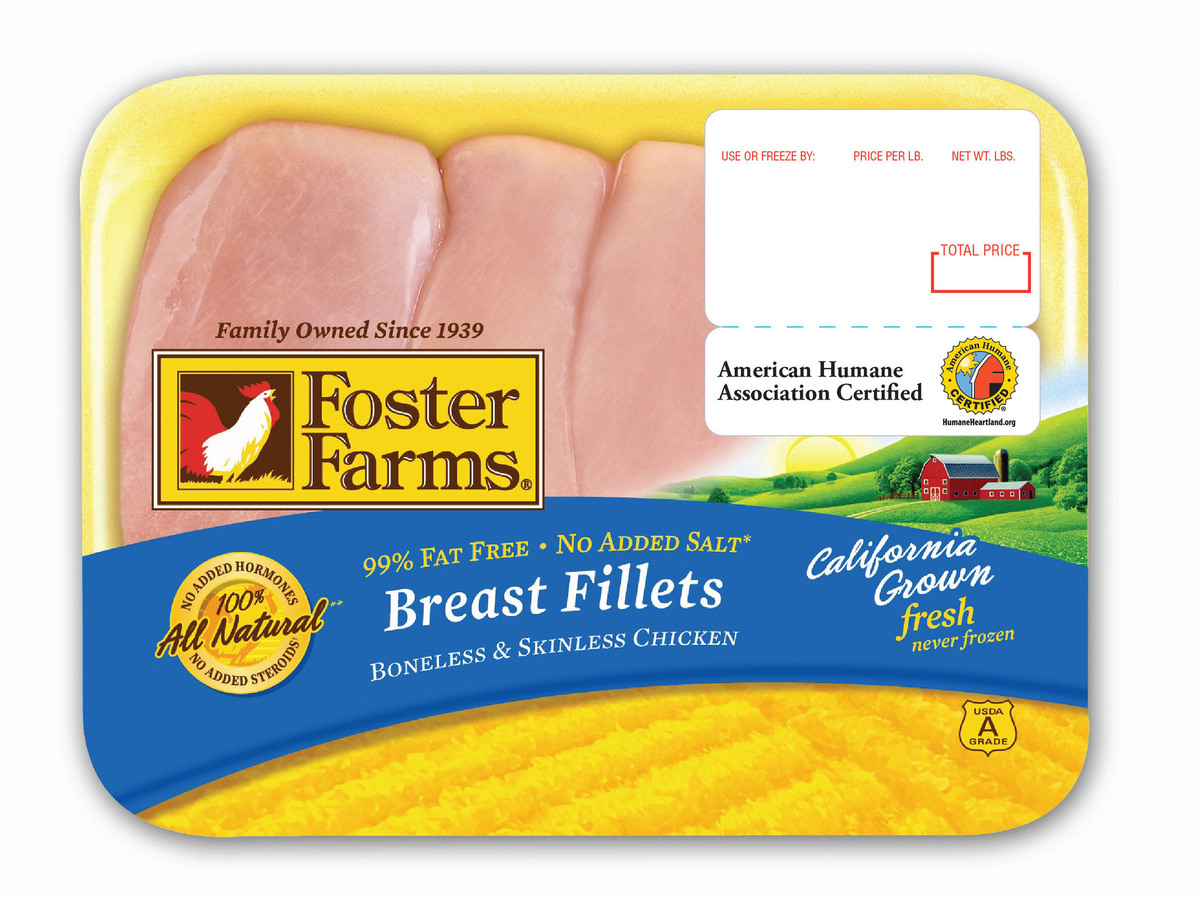 A salmonella outbreak that has sickened more than 270 people has been linked to raw chicken produced at three Foster Farms facilities in California.

The U.S. Department of Agriculture has issued a health alert warning that an estimated 278 illnesses caused by Salmonella Heidelberg are associated with raw chicken produced by Foster Farms at three facilities in California.

The Centers for Disease Control and Prevention says illnesses have been reported in 17 states, with the vast majority — 78 percent — in California. The outbreak is ongoing, so it's possible that people are still being sickened by the chicken.

The CDC says about 42 percent of the people who've gotten sick (among those for whom information is available) have been hospitalized. The strains of Salmonella Heidelberg that have made people sick are resistant to several commonly prescribed antibiotics. And according to the CDC, the resistance may increase the risk of hospitalization or make the illness tougher to treat.

News of the outbreak has gotten a lot of attention since it comes during the federal government shutdown. Many stories have raised the specter that no one's on the job at a critical time. But the USDA tells The Salt that its work has not been at all slowed down — since its inspectors and investigators have stayed on the job.

As we've reported, the CDC unit that tracks outbreaks has been working with less than half its normal staff. To help handle the current outbreak, the agency tells NPR it has called back about 30 furloughed workers, including 10 who work in the foodborne division.

"This is the kind of thing that you've got to get information into consumers' hands," says Caroline Smith DeWaal, food safety director for the Center for Science in the Public Interest.

And she says that since the communications staffs of both CDC and USDA are working at reduced capacity, it's a concern. "The agency's ability to push out the information is a lot more limited than it would be otherwise."

CDC has been monitoring this outbreak since July. It's likely that this outbreak is connected to a prior cluster of illnesses in 2012, also linked to raw chicken produced by Foster Farms.

Foster Farms has issued a statement on its website stating that it is working with the USDA and the CDC to address salmonella associated with raw poultry reportedly linked to three of its facilities in California. The statement says that no recall is in effect and that "products are safe to consume if properly handled and fully cooked."

So, how did the USDA investigators begin narrowing in on Foster Farms?

Well, they received a call from CDC officials in July explaining that they were monitoring a cluster of illnesses from Salmonella Heidelberg on the West Coast — and epidemiologists were finding a link to chicken.

Acting on this information, says David Goldman of the USDA's Food Safety and Inspection Service, "we decided to do some intensive sampling [for salmonella] in four different Foster Farms plants."

What they found is that three of the Foster Farms plants were producing products that were contaminated with Salmonella Heidelberg. And the chicken "contained the outbreak strains [of salmonella] that the CDC had identified to us as causing the illnesses," says Goldman.

You can tell if you have a package of chicken produced in one of these facilities by looking for one of these codes on the packaging:

As always, the USDA is reminding consumers to be careful when handling raw poultry, to use clean surfaces and not let raw chicken contact other food, and to cook to an internal temperature of 165 degrees F.