Accessibility links
What's In That Chicken Nugget? Maybe You Don't Want To Know : The Salt Doctors in Mississippi dissected the nuggets from two national fast-food chains and discovered that they're only 50 percent meat — at best. Chicken nuggets may be the crispy finger-food favorite of many a young child, but at least in their samples, "chicken" might be a misnomer, the researchers say. 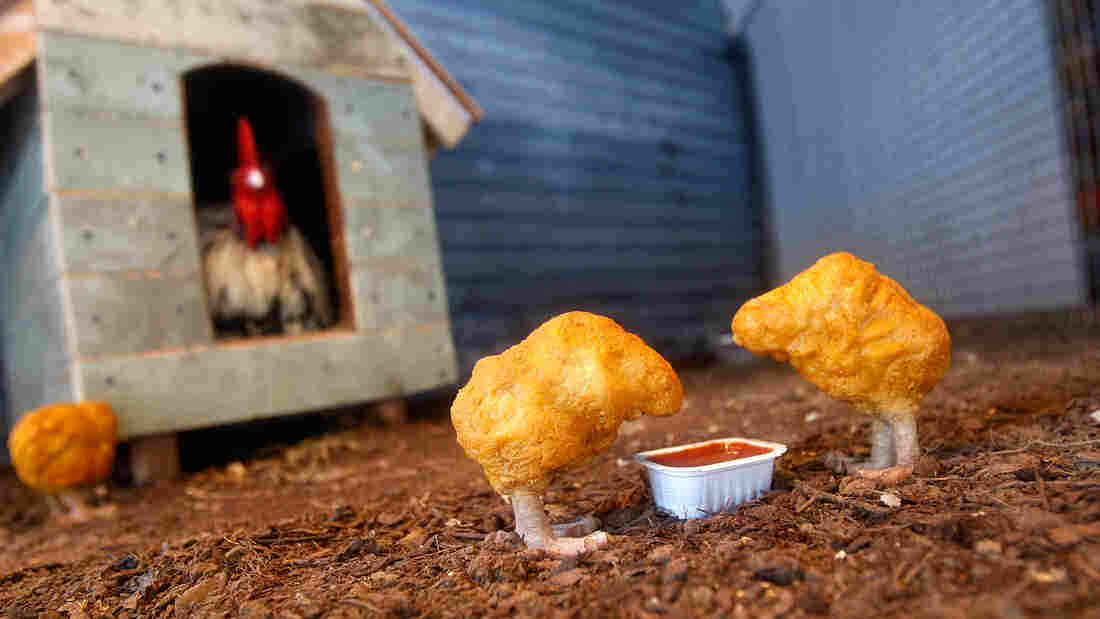 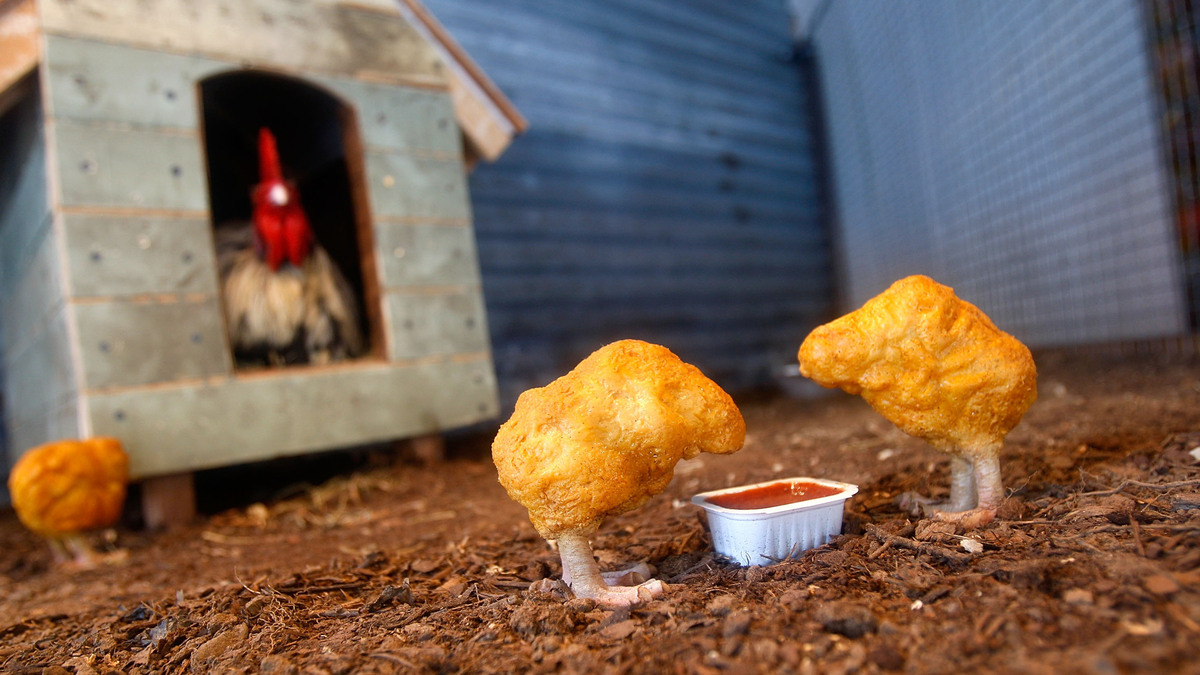 Was Your Chicken Nugget Made In China? It'll Soon Be Hard To Know

So says Dr. Richard deShazo, a professor of pediatrics and medicine at the University of Mississippi Medical Center. In a research note published in The American Journal of Medicine, deShazo and his colleagues report on a small test they conducted to find out just what's inside that finger food particularly beloved by children. Their conclusion?

"Our sampling shows that some commercially available chicken nuggets are actually fat nuggets," he tells The Salt. "Their name is a misnomer," he and his colleagues write. The nuggets they looked at were only 50 percent meat — at best. The rest? Fat, blood vessels, nerve, connective tissue and ground bone — the latter, by the way, is stuff that usually ends up in dog food.

Now, this was an informal test. To conduct their chicken "autopsy," the researchers went to two different national fast-food chains near their health center in Jackson, Miss., and ordered chicken nuggets over the counter. The fast-food chains involved went unnamed — "we felt that would generate negative publicity off topic," deShazo told us via email.

When put under the microscope, one chicken sample consisted of just 40 percent skeletal muscle — what we tend to think of as "meat" — and just 19 percent protein. The other sample was 50 percent meat and only 18 percent protein.

While the sample size was obviously tiny, the findings, says deShazo, were nonetheless disturbing.

"The predominate component is not healthy, lean chicken meat, a great source of healthy protein," he says, "but an adulterated chicken product containing 50 percent or less chicken meat, with other chicken components, in a suspension of unknown carrier material."

Still, kids love chicken nuggets — even when informed of the less-than-savory ways they can be made, as chef Jamie Oliver disturbingly demonstrated with a bunch of school kids several years ago on his television show Food Revolution. "We were surprised that chicken nuggets have not been cleaned up" since that quite memorable episode, deShazo says.

And deShazo, who also hosts the wellness show Southern Remedy on Mississippi Public Broadcasting, has a real professional interest in what kids are eating. About 1 in 3 adults are obese in Mississippi, and the epidemic now includes kids, too. So, he writes, "we thought knowing a bit more about the content of the contemporary chicken nugget could be important." But the chicken nuggets the researchers looked at, he says, were a "poor source of proteins" with limited nutritional value.

In a statement, the National Chicken Council said that you can't really make "scientifically justifiable" inferences "about an entire product category given a sample size of two."

"Chicken nuggets tend to have an elevated fat content because they are breaded and fried. But it's no secret what is in a chicken nugget — most quick service restaurants have nutritional information posted in the store or on their Website," the statement adds, noting that nuggets sold in grocery stores also list a complete nutritional profile.

DeShazo agrees that not all chicken nuggets are created equal. "There may well be healthy chicken nuggets on the market that are not dipped in batter and fried, but are grilled or baked," he says. The goal, he says, is to get people to read and understand food labels. "Folks need to choose the healthier alternative."