Accessibility links
Women, The 'First Brewers,' Lean Into Craft Beer-Making : The Salt The craft-brewing industry has long been a male-dominated world. But that's starting to change. This weekend, several female-owned craft breweries are favored to take home the most prestigious awards at the Great American Beer Festival in Denver. 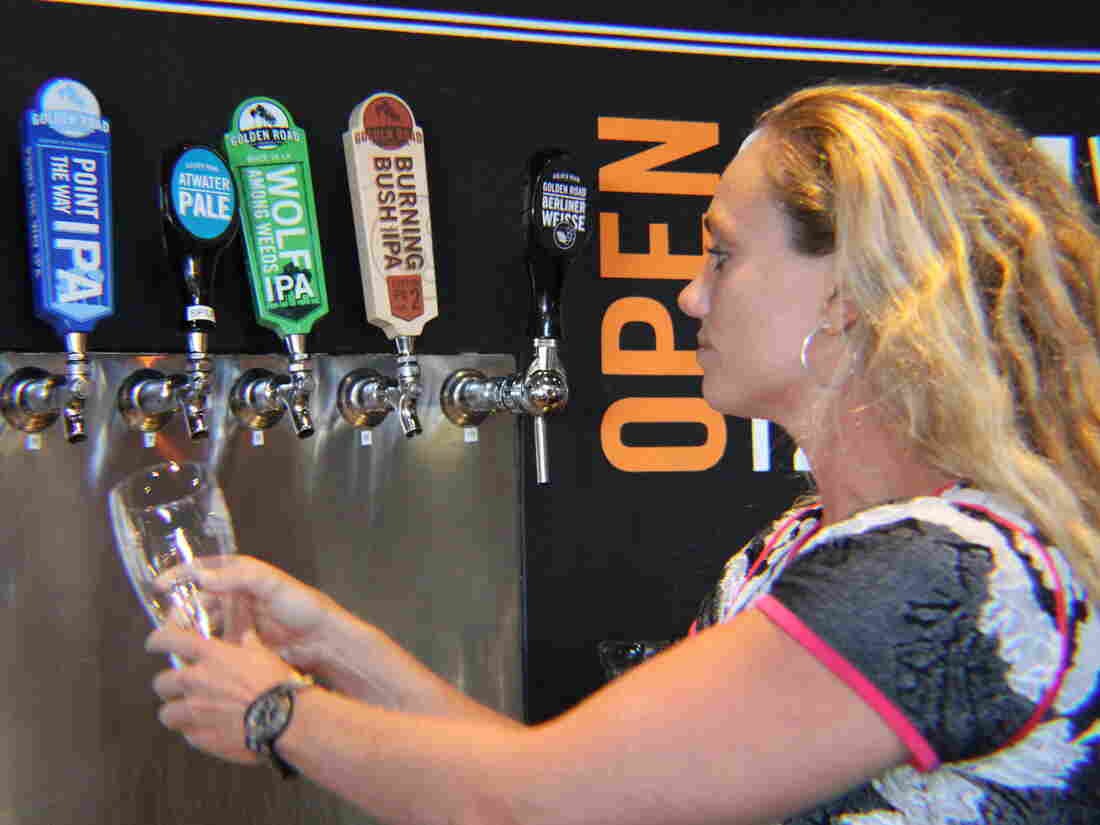 Meg Gill is the president and co-founder of Golden Road Brewing in Los Angeles. Her brewery is favored to win awards at the Great American Beer Festival. Melissa Kuypers/NPR hide caption 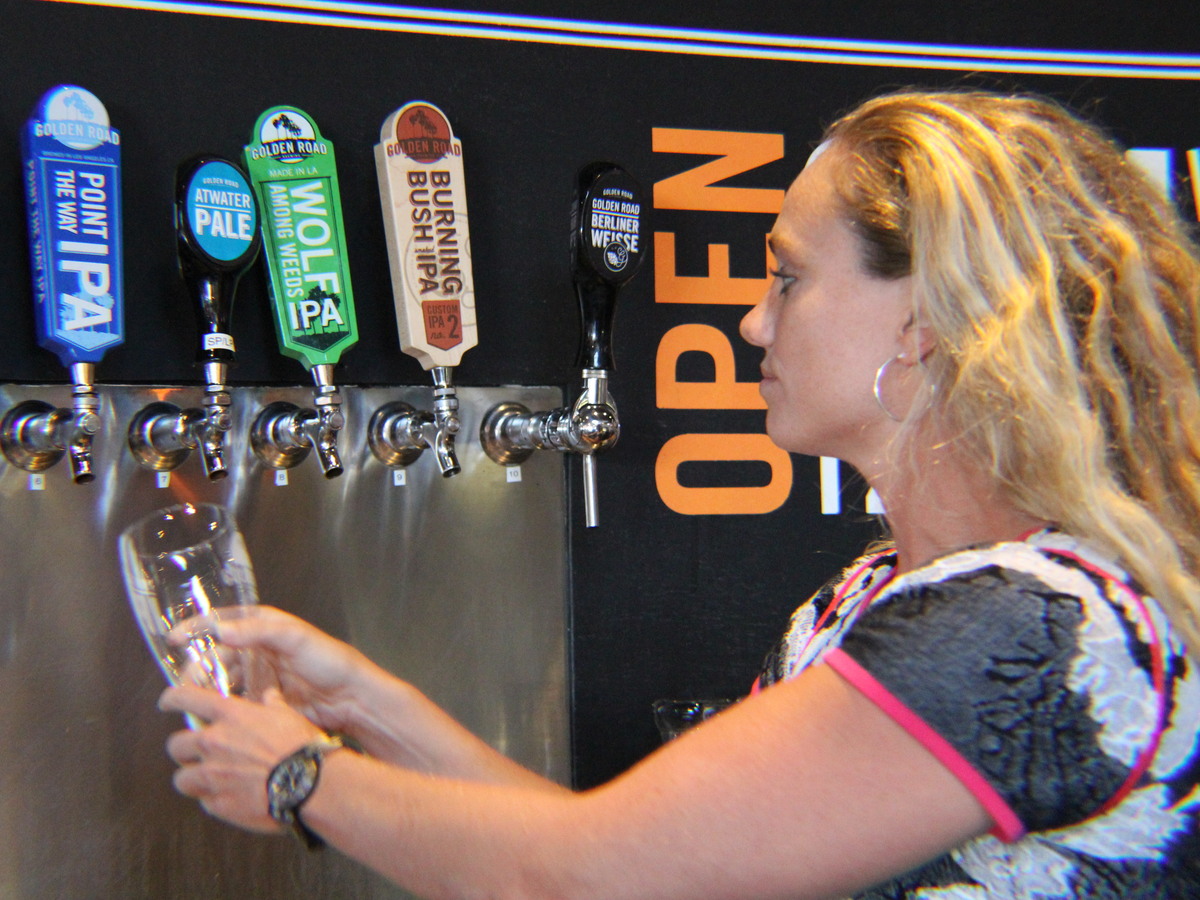 Meg Gill is the president and co-founder of Golden Road Brewing in Los Angeles. Her brewery is favored to win awards at the Great American Beer Festival.

Thousands of beer aficionados are in Denver this weekend for the Great American Beer Festival. Some 600 breweries from around the country are represented at the marquee event for the craft-brewing industry.

And while this annual competition has long been male-dominated, that's starting to change.

Take, for example, Meg Gill, a 28-year-old Yale grad and the president and co-founder of Golden Road Brewing in Los Angeles. LA sets many trends, but it was a bit late to the game in the country's booming craft beer scene. But Gill is helping LA to make its mark.

When Gill opened Golden Road in 2011, not only was it the first craft brewery in this vast city to package and distribute; she also turned heads by becoming one of the first female CEOs of any brewery in this region. Just two years on, her beer is among the favorites to medal at the festival.

Early in her career, she says, most people assumed she was one of those promo girls who hand out free shots at a bar. "I have pretty unruly blond hair, and I look a little bit like a Barbie doll sometimes; they just figured I was a Bud Light girl giving out stickers," Gill says. But she says those stereotypes began eroding when her sales started to go through the roof.

Men who also dominate the distribution and packaging side of beer started to take her seriously, and she says the "Bud Light girl" stereotype began to work to her advantage. "Once I learned how to deal with that, it turned into a pretty good thing, because I walked into a distributor's conference room or a major chain account, and they expected less than what I delivered on."

Today, under Gill's leadership, Golden Road has 10 women in top-level management positions. And looking around the pub inside the brewery, there are just as many women quaffing happy hour ales as men. In fact, that's part of a trend: Beer is no longer just for dudes.

"All those 'taste great, less filling' jocks that we see on TV, those don't really relate to me and I don't relate to them," says Teri Fahrendorf, who was a brew master for 20 years. Now she runs the Pink Boots Society, a group that helps women launch careers in craft brewing.

As she says, "Women were the original beer drinkers. In fact, the first brewers were mothers if you really want to get specific, because beer was brewed in the home, just like bread was baked in the home."

Fahrendorf isn't surprised that more women are entering the industry. She thinks women have sharper palates than men and that the craft beer sector may be more progressive than its macro counterparts. The Pink Boots Society had 60 female brewers when it was founded in 2007. Now it has almost 250.

The Brewers Association, the organization that puts on the festival in Denver, doesn't have any hard numbers about how many more women there are in this industry. But if you take a walk along the rows of breweries represented at the Great American Beer Festival, it's clear there are definitely more women attending than there would have been even a few years ago.

Kim Jordan started New Belgium Brewery, maker of Fat Tire and other beers, in 1991, and it's now the third-largest craft brewery in the U.S. Jordan is the person many women in brewing point to as their mentor. She's the CEO, and women hold several top leadership positions in the company.

Jordan says more women are being drawn to beer because of all the experimentation that's going on right now. Experimental beers, including sour beers that women in particular seem to have a taste for, are almost more appealing to wine drinkers than to your traditional beer drinker. "I think it probably feels more welcoming to them," Jordan says. "And there's a breadth of styles that's unparalleled anywhere in the world."