Accessibility links
With Each Sip Of Whisky, You're Taking A Gulp Of Atmosphere : The Salt The taste of the drink can change with the imbiber's surroundings, according to a study from Oxford University. Researchers led people through three rooms with very different sights, sounds and smells — each brought out a new flavor in the whisky. 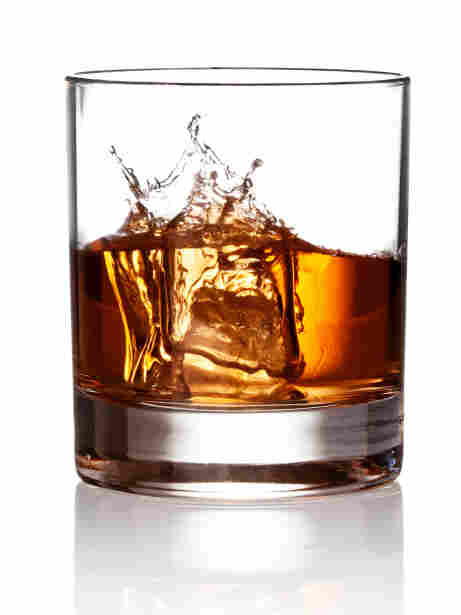 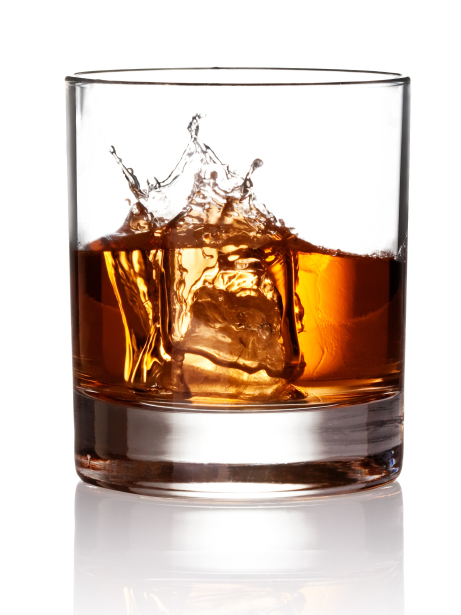 You know the saying about drinking early in the day: "It's 5 o'clock somewhere in the world."

Well, it turns out that the "somewhere" actually can make a difference when it comes to drinking.

Scientists at Oxford University have found that whisky has a different taste depending on where it's sipped.

The idea came from the experience of many travelers. Go someplace warm and sunny, and the food and drink are breathtaking, explains Charles Spence, lead author of the study. Bring some home, though, and it never tastes as good, he says.

"All those cues about the warmth of the sun on your back, that's all actually transferring some kind of meaning and some value to that which we are eating and drinking," Spence tells Weekend Edition Sunday host Rachel Martin. "That's what's lost when you bring it home on a cold winter's night, and it was that that we wanted to try and capture with this experiment."

The researchers set up three rooms, each bathed in a different light and infused with different aromas. The first smelled of fresh-cut grass, had turf on the floor, a croquet set and the sounds of gamboling sheep.

A red light washed the second room, accompanied by high-pitched tinkling sounds, "because we know those convey the notion of sweetness," Spence says. A sweet smell permeated the room as well.

The final setting was lined with wood and smelled of cedar, with the sounds of someone walking through dried leaves in a forest.

Scientists guided people from room to room; participants sipped from the same glass of whisky in each environment.

"We asked them, after they'd spent a few moments in each room, to think about how intense was the grassiness on the nose, how sweet the taste of the whisky in the mouth, and how rich was the textured woody aftertaste of the drink," Spence says.

The result: People rated the same drink differently depending on which room they were in, even though they knew they were carrying just one glass. Spence says he was surprised the participants noted a difference, despite knowing they had the same whisky.

"But in fact, that was kind of the genius of the thing, that they carried just one glass," Spence says. "And that's what kind of struck people ... that they could look back at their scorecard and see that they'd given the very same drink in their other hand a very different rating — and they knew that all that had changed was that they had walked from one room to another."