Accessibility links
Among The Shutdown Victims: The White House Kitchen Garden : The Salt The unharvested food in the White House kitchen garden serves as a high-profile reminder of the shutdown's effects on food producers. And across the country, farmers are wondering when they'll receive the permits and government support they count on to stay afloat.

Among The Shutdown Victims: The White House Kitchen Garden

Among The Shutdown Victims: The White House Kitchen Garden 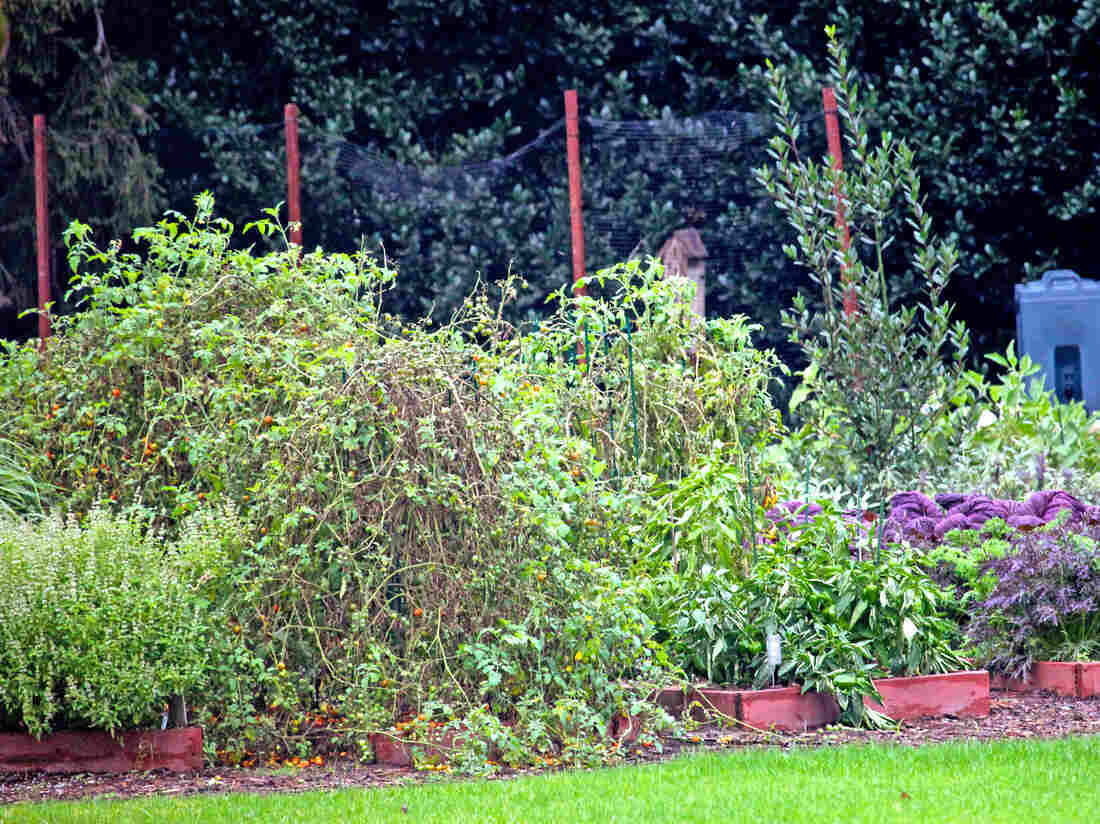 Basil, tomatoes, peppers and lettuces grow in garden beds on the South Lawn of the White House. According to the site Obama Foodorama, the government shutdown has had a dramatic effect on the garden. Eddie Gehman Kohan/ObamaFoodorama.com hide caption 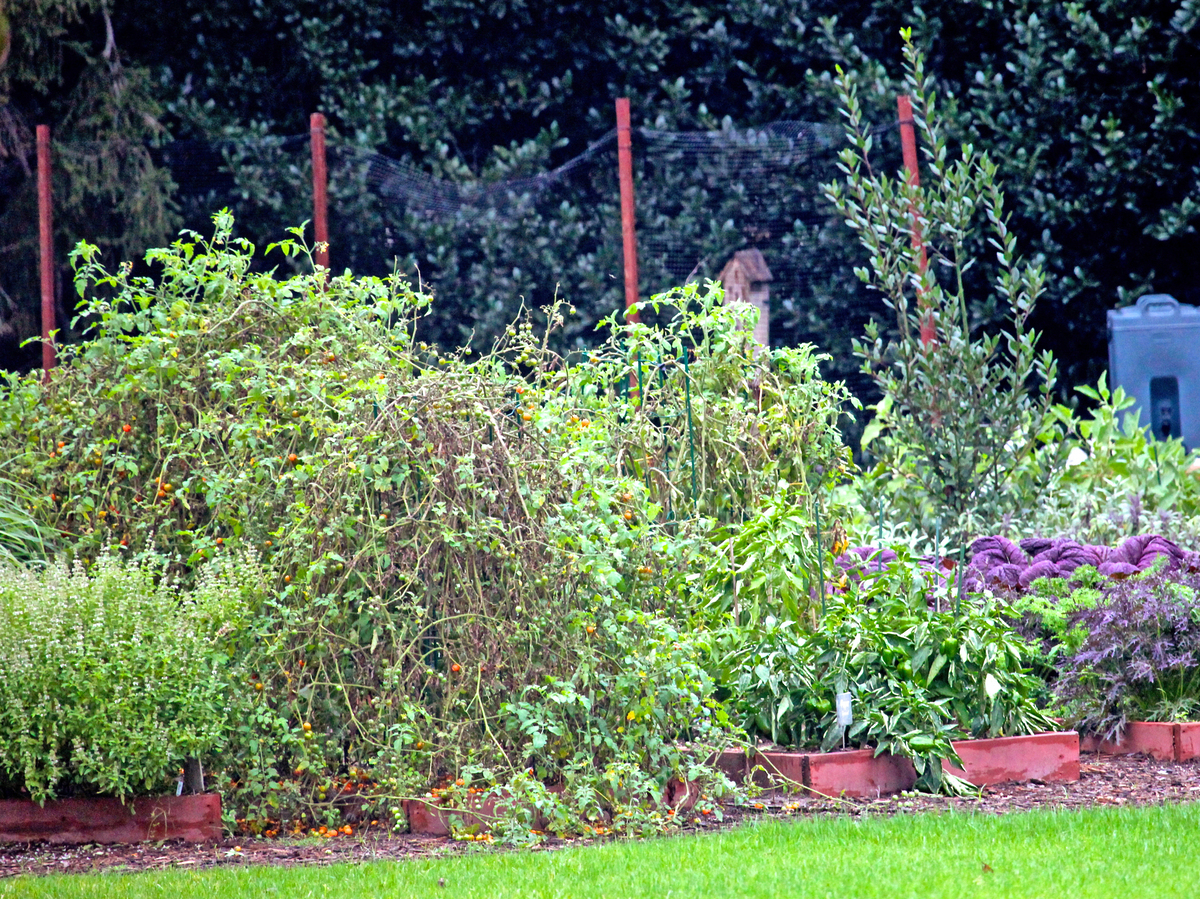 Basil, tomatoes, peppers and lettuces grow in garden beds on the South Lawn of the White House. According to the site Obama Foodorama, the government shutdown has had a dramatic effect on the garden.

The government shutdown has forced a lot of hard-working people into idleness. That includes most of the staff that tends the famed White House kitchen garden, according to Obama Foodorama.

On Friday, the site reported that only a skeleton crew of National Park Service gardeners remained on duty — permitted to water and remove trash, but not to weed and harvest the more than 30 kinds of vegetables growing there.

This loss of okra, tomatoes and sweet potatoes is more symbolic than anything else — the president and his family are not going to starve for lack of their fall harvest, of course.

But it's another, less obvious effect of the government shutdown on food production. And given all of the hard work that the first lady and her team have put into maintaining the garden, it's a tragedy to see tomatoes rotting on her vines.

More serious, of course, is the severe pressure the shutdown is putting on critical government food assistance programs like WIC, which feeds pregnant women and mothers of young children, and food stamps and the people who rely on them for basic nutrition.

And as we enter Week 3 of the shutdown, other food producers are speaking up about how their livelihoods are being threatened by the absence of critical U.S. Department of Agriculture programs and services.

As Morning Edition's David Green reported Tuesday, Alaskan crabbers and their boats are stuck at the port because they can't get the permits they need to fish. Federal workers who issue those permits are off the job because of the government shutdown.

And according to the American Farmland Trust, farmers are struggling to plan for the future without access to crucial information, such as crop reports from the National Agriculture Statistics Service and other federal resources. "Farmers have to make important business decisions based on educated guesses rather than hard data," the group notes.

The federal government also subsidizes growers of some crops, like corn, when yields are low. And that means another group in limbo are the farmers who aren't sure when they'll be getting their subsidy checks this year. Montana Farmers Union President Alan Merrill told a local news service that farm loans, disaster assistance and conservation program payments all have been put on hold.