Accessibility links
Moms Petition Mars To Remove Artificial Dyes From M&M's : The Salt The petition to candy-maker Mars is motivated by concerns that artificial colorings can make some kids hyperactive. In Europe, natural dyes have now outstripped their artificial counterparts. 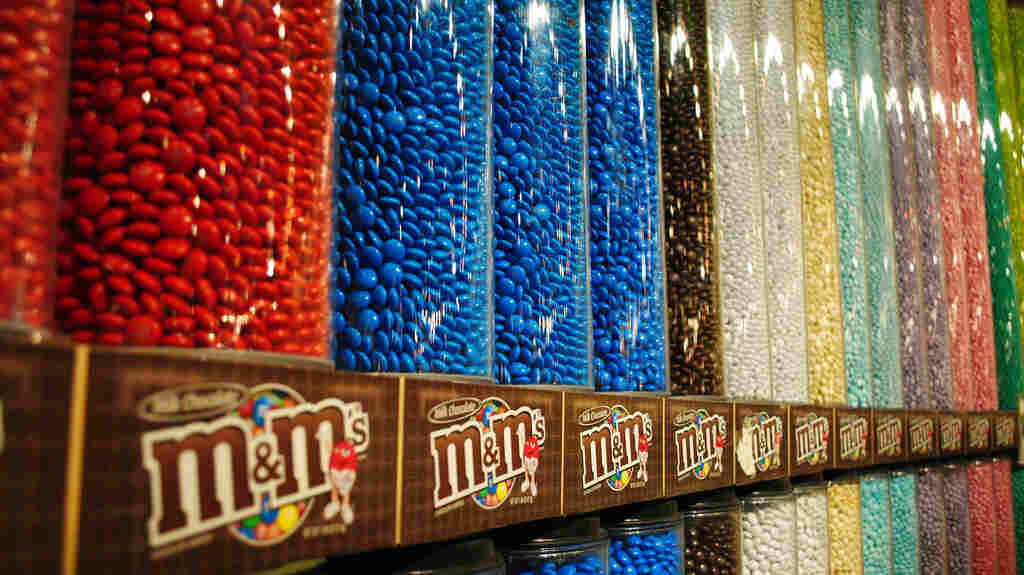 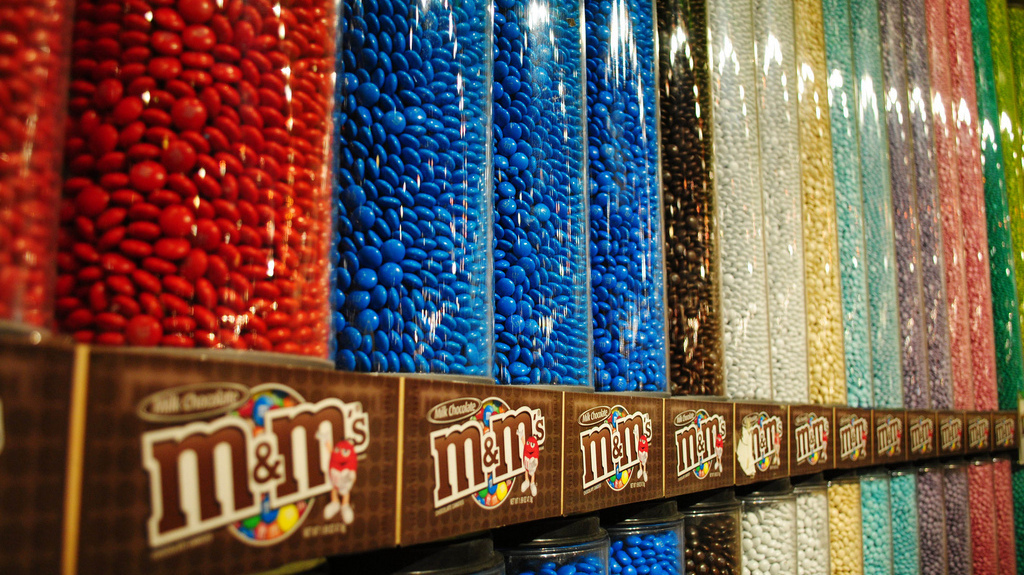 If you tear open a packet of M&M's, what's the first thing you notice?

But the sponsors of a new petition on Change.org — which is urging M&M-maker Mars to replace the artificial colorings used to create these distinctive hues — say these dyes can make some kids hyperactive.

"In this petition, I'm asking Mars to change to natural colorings," mom Renee Shutters told me by phone. "It's very doable."

Shutters, who lives in Jamestown, N.Y., is mother of 9-year-old Trenton. And she says his behavior improved dramatically after she removed artificial dyes from his diet several years back.

"I went through all our cupboards and I couldn't believe how much of the stuff had dyes in it," Shutters told us. The chicken tenders in her freezer had dyes, as did the yogurts — even "the macaroni and cheese I was giving [my kids] had it."

Shutters says Mars has already replaced many of the dyes in the candies it sells in Europe and the U.K. with natural colorings made from vegetables and other plant sources.

"So it is [achievable]," says Shutters, "but they just haven't done it here for our kids."

In Europe, natural dyes outstripped their synthetic counterparts for the first time this year, says food scientist Kantha Shelke of Corvus-Blue in Chicago.

But in the U.S., Shelke says, "the adoption of natural colors is are significantly behind." One reason is that natural colors tend not to be as brilliant nor as stable as artificial dyes.

Cost is also a factor: Natural colorings are more expensive, says Michael Jacobson, executive director of the Center for Science in the Public Interest, which is cosponsoring the petition. Jacobson says colorings derived from beet juice or carrot juice are going to cost manufacturers more than the mass-produced, petroleum-based food dyes used by many U.S. food-makers today.

Now, there's no consensus among scientists that synthetic food dyes are a major contributor to behavioral problems such as hyperactivity.

Andrew Adesman, chief of developmental and behavioral pediatrics at the Steven & Alexandra Cohen Children's Medical Center of New York, says that parents are free to see if eliminating avoiding artificial dyes from their kids' diets improves their behavior.

"On the one hand," says Adesman, "I think there's a growing body of research that shows that artificial food colorings can affect a child's behavior. On the other hand, these effects are relatively modest."

And he adds that there's no research to suggest that artificial dyes pose any serious long-term safety or health risks.

Mars sent us a statement that says, "we are aware of the petition." The company said that while all the colors used in its products comply with strict internal quality and safety requirements, "we are constantly evaluating and updating ingredients based on consumer preference, new technology and scientific information."

One clue that Mars may soon swap out one artificial dye for a plant-based alternative here in the U.S.? CSPI's Jacobson says the company recently won FDA approval to use a spirulina extract.

This algae-derived, natural compound could be used to color its M&M's blue.