Accessibility links
Unleashed On Halloween, Monster Cereals Haunt Hoarders : The Salt Count Chocula, Boo Berry and Franken Berry first went on sale in the early 1970s, but since 2010, they've only been available during the Halloween season. The scarcity has created a frenzy, with nostalgic parents stocking up on the sweet cereals. 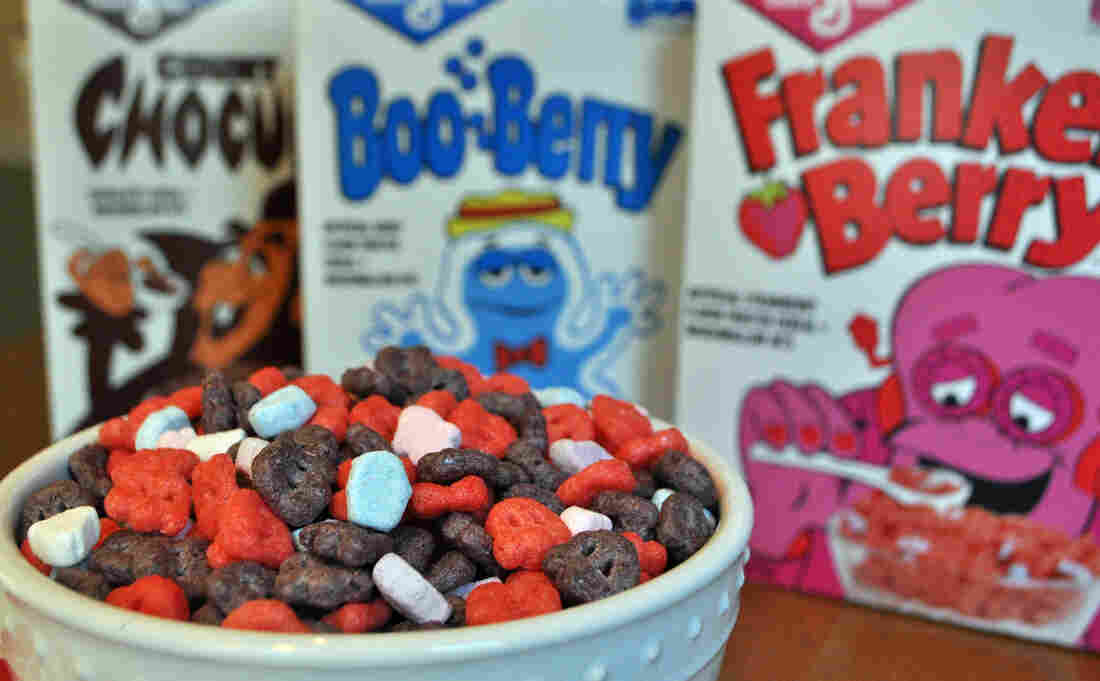 This Halloween season, the three big Monster Cereals will be joined by Frute Brute and Fruity Yummy Mummy, which haven't been on the market in decades. Dan Pashman hide caption 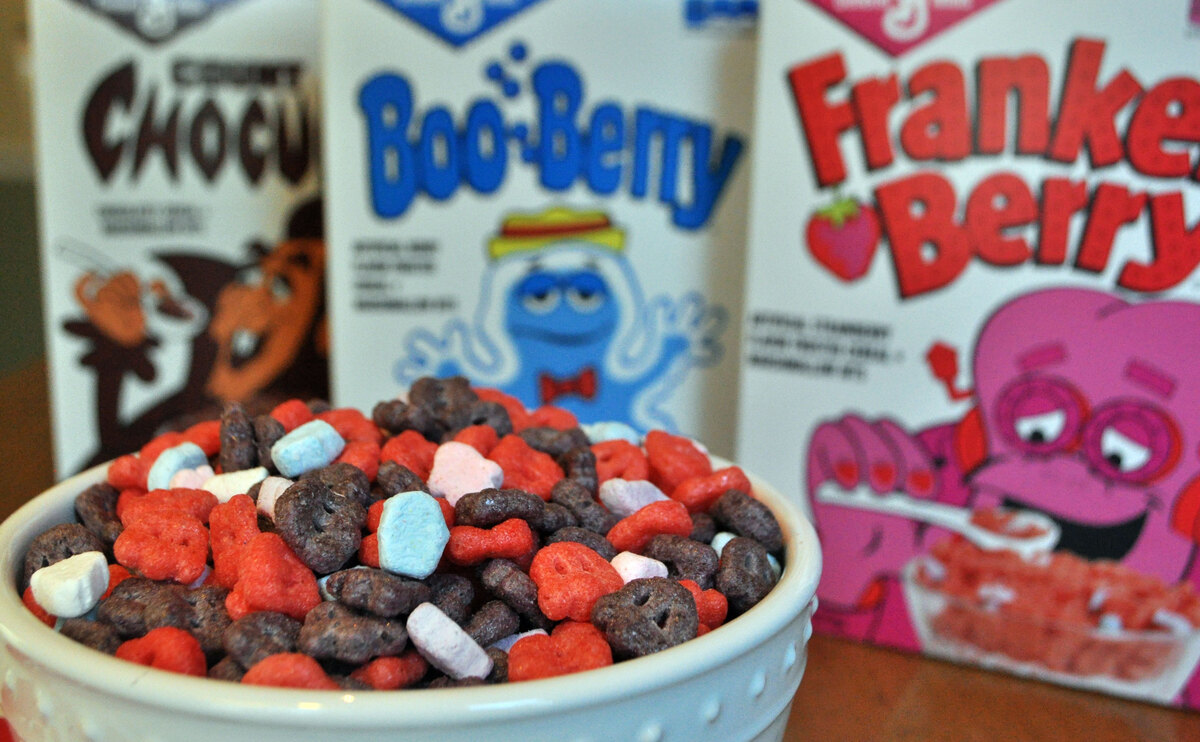 This Halloween season, the three big Monster Cereals will be joined by Frute Brute and Fruity Yummy Mummy, which haven't been on the market in decades.

This Halloween season, the cereal monsters are on the loose. Count Chocula, Boo Berry and Franken Berry have consumers in their grasp — for a limited time only.

General Mills' line of "Monster Cereals" originally hit the market in the early '70s, but the company decided in 2010 they would only be available during the Halloween season.

"That was bad news for some people," says Dan Pashman, host of The Sporkful food podcast.

Cereal fans found ways to get by. One of Pashman's podcast listeners turned her sister in Tucson, Ariz., into a "Boo Berry mule" by making her cross the border into Mexico to get the cereal.

A General Mills Monster Cereal commercial from the 1970s.

"This artificial scarcity has kind of galvanized a cult following around this time of year for these cereals," Pashman tells Weekend Edition host Rachel Martin.

This year, Frute Brute and Fruity Yummy Mummy are also making a comeback. Frute Brute (formerly "Fruit Brute") went off the market in 1982; Yummy Mummy was pulled in '92.

The boxes aren't collectors' items — consumers do actually eat the cereal. "But not all at once," Pashman says. In fact, he says, cereal hoarders are always checking the expiration dates to see how long the cereal will last.

Pashman himself recently purchased a Boo Berry that's doesn't expire until September 2014. "I'm gonna hang on to that 'til supplies are low," he says, "and then that's my nest egg right there."

Sweetness aside, the Monster Cereals seem to have made a powerful imprint on parents.

"There really is something about these particular artificial flavors that tap into a very specific sense memory," Pashman says.

Sporkful podcast listener Rachel Gonzales told Pashman: "It still reminds me of that Saturday morning special treat that you could only eat every once in a while, and it's something now that I get to share with my own daughter ... It's really kind of nostalgic and exciting to me."