Accessibility links
Almonds For Skinny Snackers? Yes, They Help Curb Your Appetite : The Salt The nuts are calorie dense and rich in fat, but munching on them seems to help curb appetites, fresh research shows. Why? The protein, unsaturated fat composition and fiber in almonds all very likely play a role. 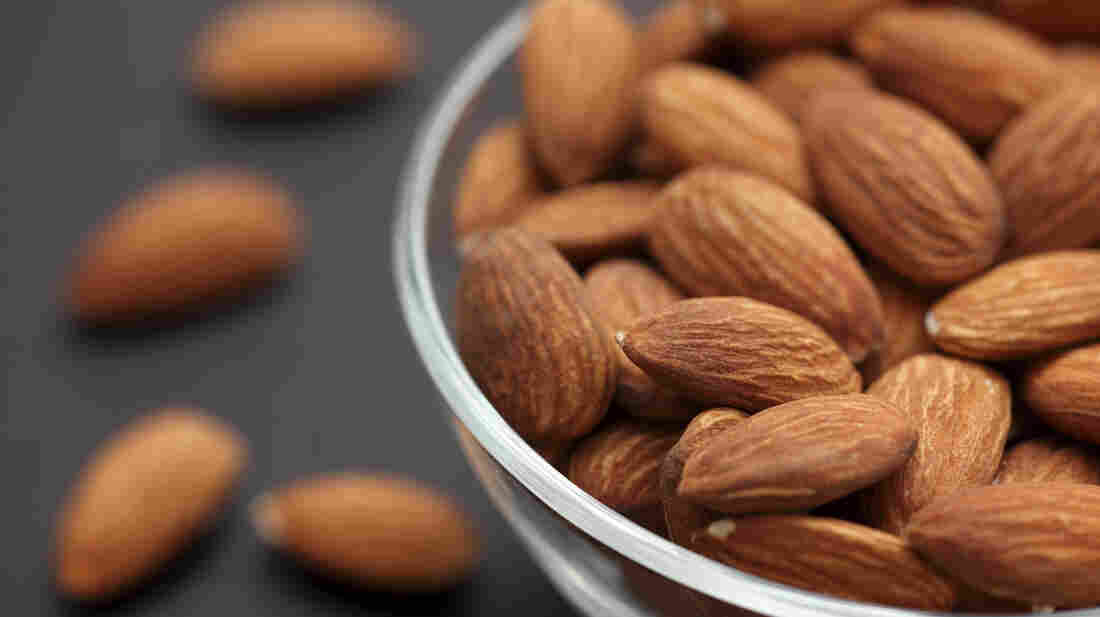 The protein, unsaturated fat composition and fiber in almonds all very likely play a role in helping to curb appetites. iStockphoto.com hide caption 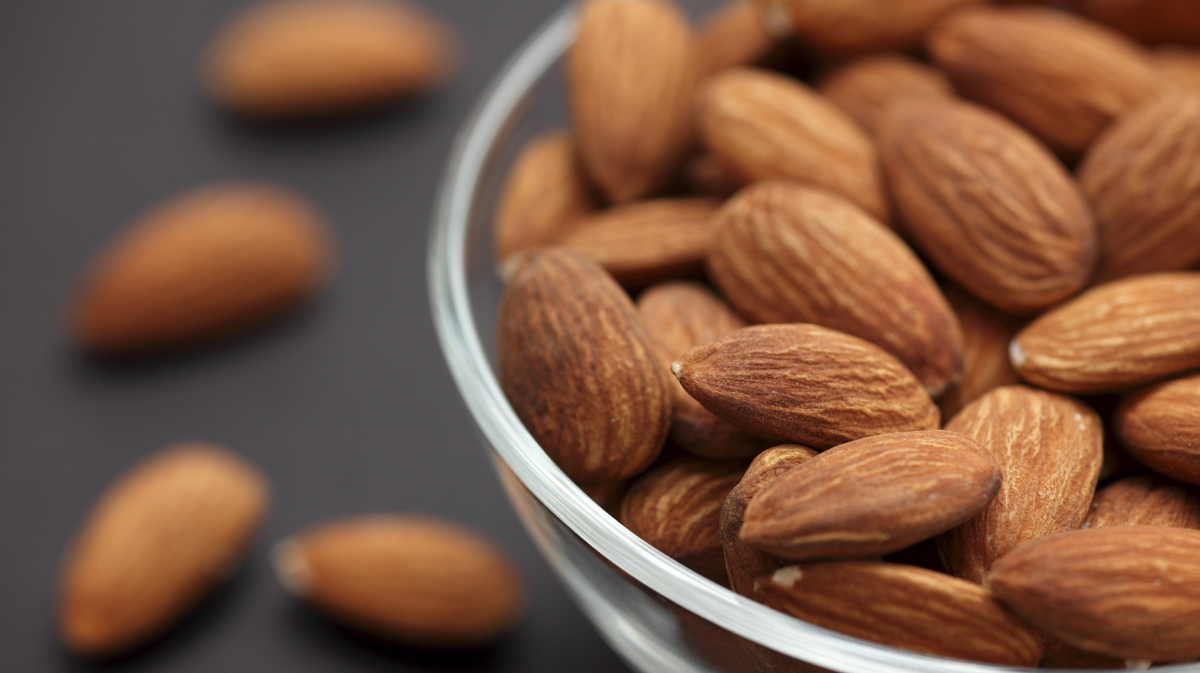 The protein, unsaturated fat composition and fiber in almonds all very likely play a role in helping to curb appetites.

Americans seem to have a love affair with snacking.

As a society, we eat twice as many snacks as we did a generation ago. Women, on average, nosh on upwards of 400 snack calories per day, according to federal survey data. And men consume almost 600 calories a day in between meals.

So, if nibbling is our new pastime, researchers have a suggestion for one satiating snack that seems to help control our appetites: almonds.

According to the findings of fresh research published in the European Journal of Clinical Nutrition, people who added 1.5 ounces of almonds to their diet each day reported reduced hunger, and they compensated for the extra calories from nuts by eating less at other times of the day.

"This research suggests that almonds may be a good snack option, especially for those concerned about weight," says Richard Mattes, a professor of nutrition science at Purdue University. "Despite adding 250 calories to the diet, there was no change in total energy intake."

And after a month of eating almonds each day, the participants did not gain weight.

If you listen to my story on All Things Considered, you'll hear how Glenn Reed of East Orange, N.J., manages to stay slim. We met up with him at Union Station, in Washington, D.C., during the late afternoon commuting rush.

"There's a lot of junk and sugar here [at the train station]," Reed noted, "so I always look for something with nuts in it."

As he munched on trail mix that included almonds and dried cranberries, he says nuts may be calorie dense and full of fat — which many Americans are wary of — but for him, nuts are the perfect snack.

"I love the crunchiness, and this is a snack that will definitely ... hold you over [until dinner]," Reed told me.

So what is it about nuts that can help curb our appetites? It's most likely a combination of factors, explains Mattes.

"The protein, the unsaturated fat composition, the fiber" all very likely play a role, he says. And almonds are low in carbohydrates, which tend to stimulate our appetites.

One other factor? Chewing. As we've reported, research has shown that if we don't chew our almonds thoroughly, some of the calories move right through us — undigested.

Prior research has already shown that almonds help increase satiety, both in people of normal weight and those prone to being overweight.

The new observation here, according to Mattes, is that almonds are even "better at controlling appetite when consumed as snacks."

His team found that eating almonds in between meals tended to blunt the rise in hunger, compared with when people ate the nuts as part of a meal.

It's not clear whether all nuts have this effect. This study was funded by the almond industry, and researchers didn't evaluate other types of nuts.

Mattes explains that industry-funded studies are becoming more common, especially as government funding becomes harder to obtain. But he emphasizes that the research is carried out completely independently and is peer-reviewed before being published.

"So it does have the checks and balances," Mattes concludes.