Accessibility links
Does Bacon Really Make Everything Better? Here's The Math : The Salt A number-crunching project that sifted through hundreds of thousands of recipes and user reviews finds something pork lovers have long known: Bacon does seem to take many dishes up a notch. But it's not the only "miracle" ingredient when it comes to boosting your food's flavor.

Does Bacon Really Make Everything Better? Here's The Math

Does Bacon Really Make Everything Better? Here's The Math 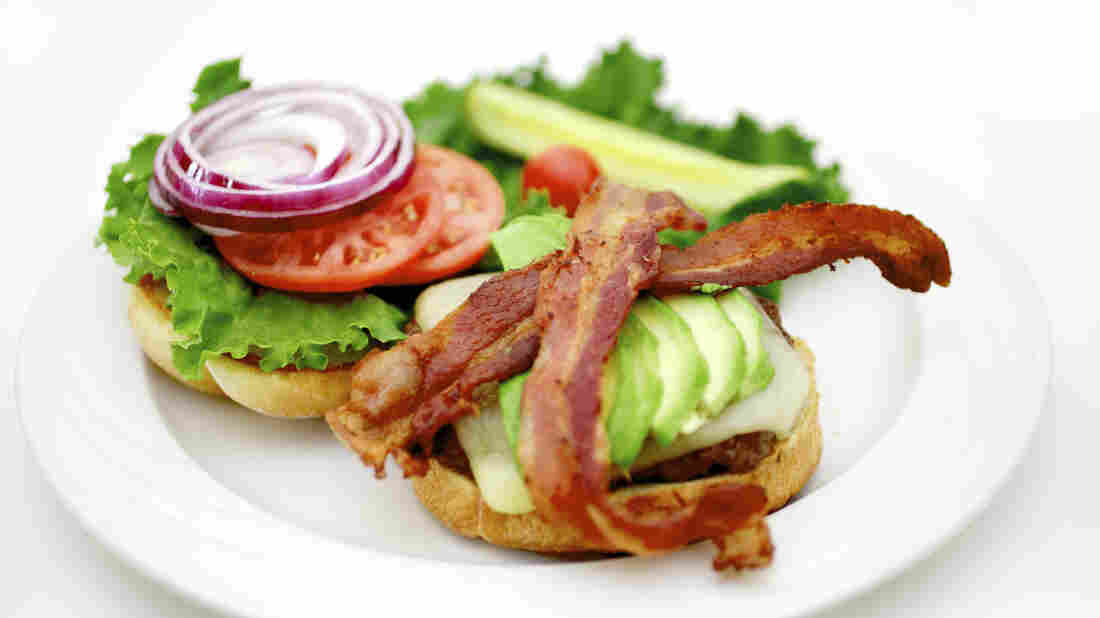 According to big data, this bacon and avocado sandwich should be a party for your tastebuds. iStockphoto hide caption 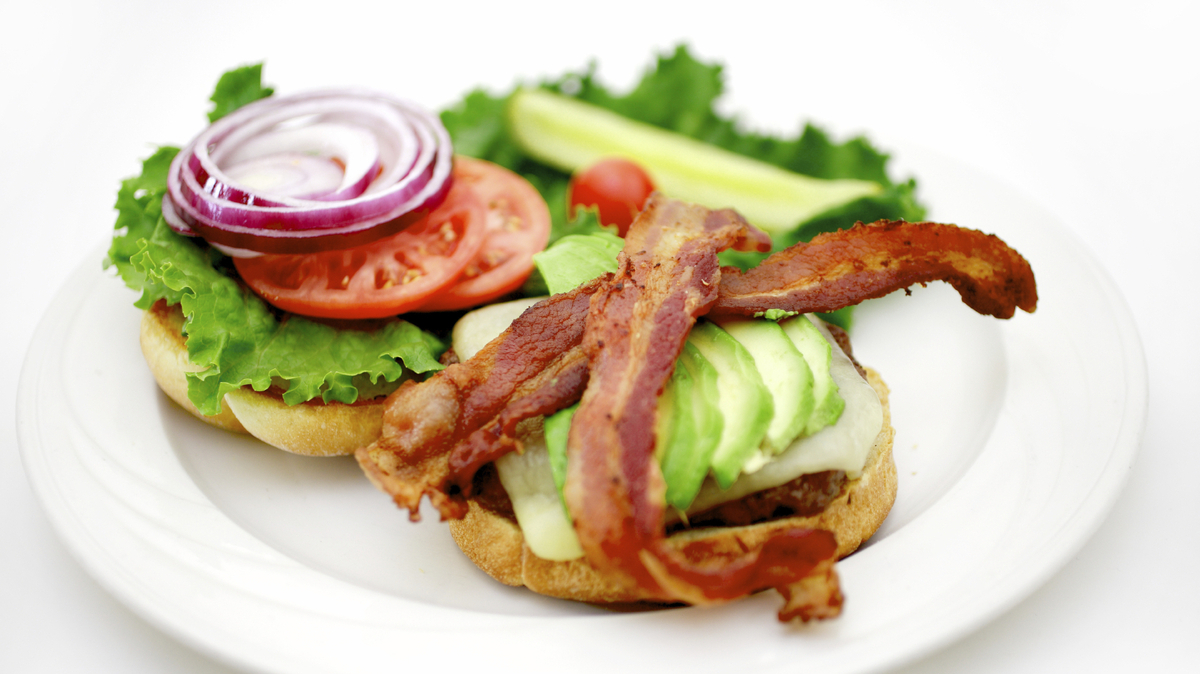 According to big data, this bacon and avocado sandwich should be a party for your tastebuds.

You'd have to be living under a rock to miss the signs of our cultural obsession with bacon. There are bacon Band-Aids, bacon tattoos, bacon sundaes, bacon-infused cocktails and even babies wrapped in bacon costumes, just in time for Halloween.

But is all this devotion to fatty pig flesh merited? Does bacon truly make everything better, as some cookbooks have boldly declared?

When it comes to recipes online, the answer seems to be pretty much yes, according to a data-mining project from the folks at Wired.com. They teamed up with FoodNetwork.com to sift through 906,539 ratings on the cooking channel's website. Here's how Wired.com described the methodology:

"First, we searched out all the recipes that fit a certain description — sandwiches, for example. Then, we calculated the average rating for those foods if they did not include the word 'bacon.' We ran the numbers again using only recipes that did include bacon. The results were pretty great. Of all the foods we analyzed, bacon lends the most improvement to sandwiches. Many other foods also benefited. In fact, we found that when you crunch the data for all recipes, those with bacon do in fact rate higher."

All this might sound too good to be true if you're a bacon lover. So we decided to check Wired's math by running the results past Lada Adamic, a computer scientist at the University of Michigan and Facebook.

She's also a budding foodie who, as we previously reported, has used her big data-crunching skills to develop an algorithm for predicting how successful a recipe will be, based on the ingredient combinations used. That is to say, she knows her stuff.

Wired's findings, Adamic says, seem fairly straightforward. In fact, when she checked her data from a different recipe website, she came up with similar results. "The fact that bacon-containing recipes are rated more highly in a separate data set makes the result believable," she tells The Salt in an email.

Adamic's own research suggests home cooks have embraced experimenting with bacon in the kitchen: "It's one of the most often tweaked ingredients in terms of being left out or added to recipes," she says.

Still, she says, it's too much of a leap to declare bacon "a miracle food," as Wired's headline trumpets. (It may not be such a hot idea for all the men out there who are trying to put a bun in the oven.)

"It's not *that* much of a miracle food — the average rating of a recipe with bacon in our data is 4.26, which is only 15 percent of a standard deviation above the mean of 4.13," she writes. In other words, the flavor boost from bacon is hardly mind-blowing, from a mathematical perspective.

Indeed, Wired's own findings point to an Achilles' heel in bacon's culinary appeal: It seems to be more of a miss than a hit in pastas and desserts – which may shock all you fettuccine carbonara lovers, but probably won't come as a surprise to those who draw the line at chocolate-covered bacon.

Of course, none of this math adds up if you're a vegetarian — unless you're one of those vegetarians who, for powerful evolutionary reasons, feel sorely tempted by bacon's siren call.

And what if you're going easy on the bacon because of the definitely unsavory health risks — like heart disease and premature death — associated with a lifetime of eating the stuff? We asked Adamic, who ran the numbers for us. Her preliminary results suggest you can get as much or more flavor bang for the calories from other ingredients.

Recipes with feta and cream cheese, cranberries, strawberries, avocado and "whipped topping" all appeared with equal or greater frequency in highly rated recipes, she says.

Then again, you could always split the difference, as I did at lunch after reporting this story. My choice: A BLT sandwich ... with avocado.