Accessibility links
How A Portland Cook Became A 'Proud Copycat' Of Thai Food : The Salt Andy Ricker spent years eating in roadside restaurants, noodle stands and home kitchens across Thailand before opening his first restaurant, Pok Pok, in Portland, Ore. But he avoids using words like "traditional" and "authentic" when talking about this food. He'd rather call it "accurate." 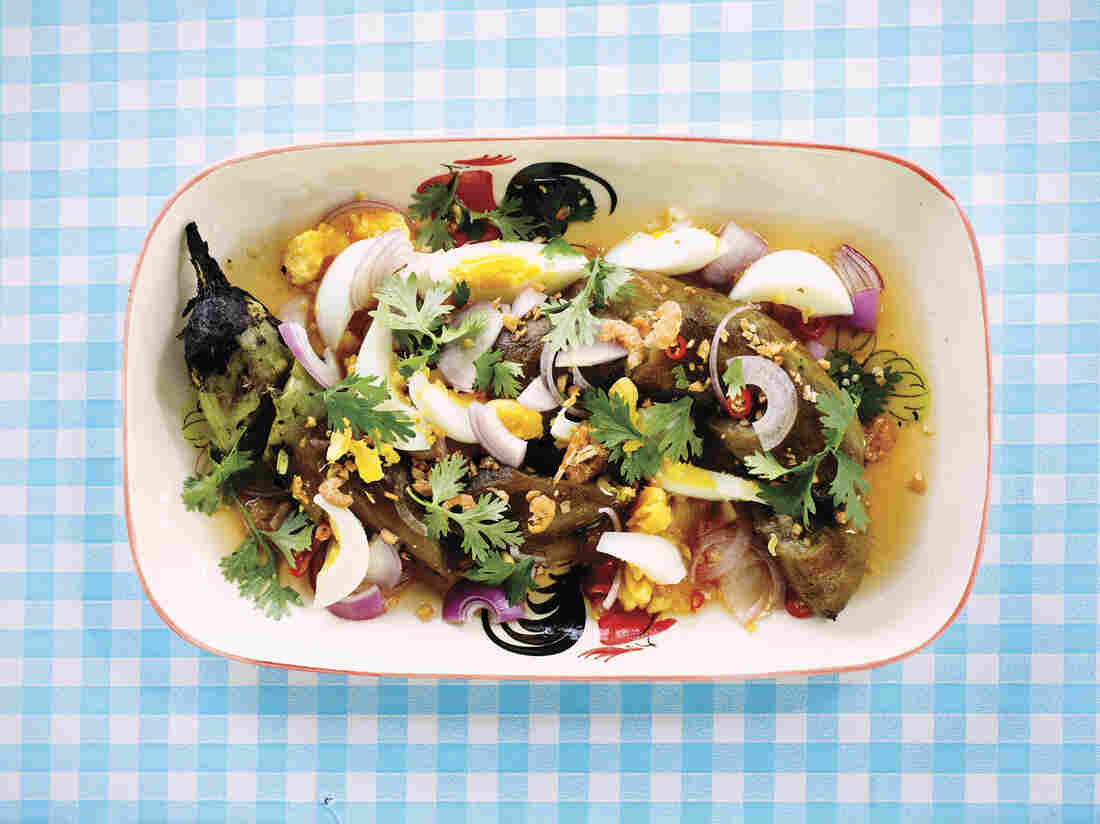 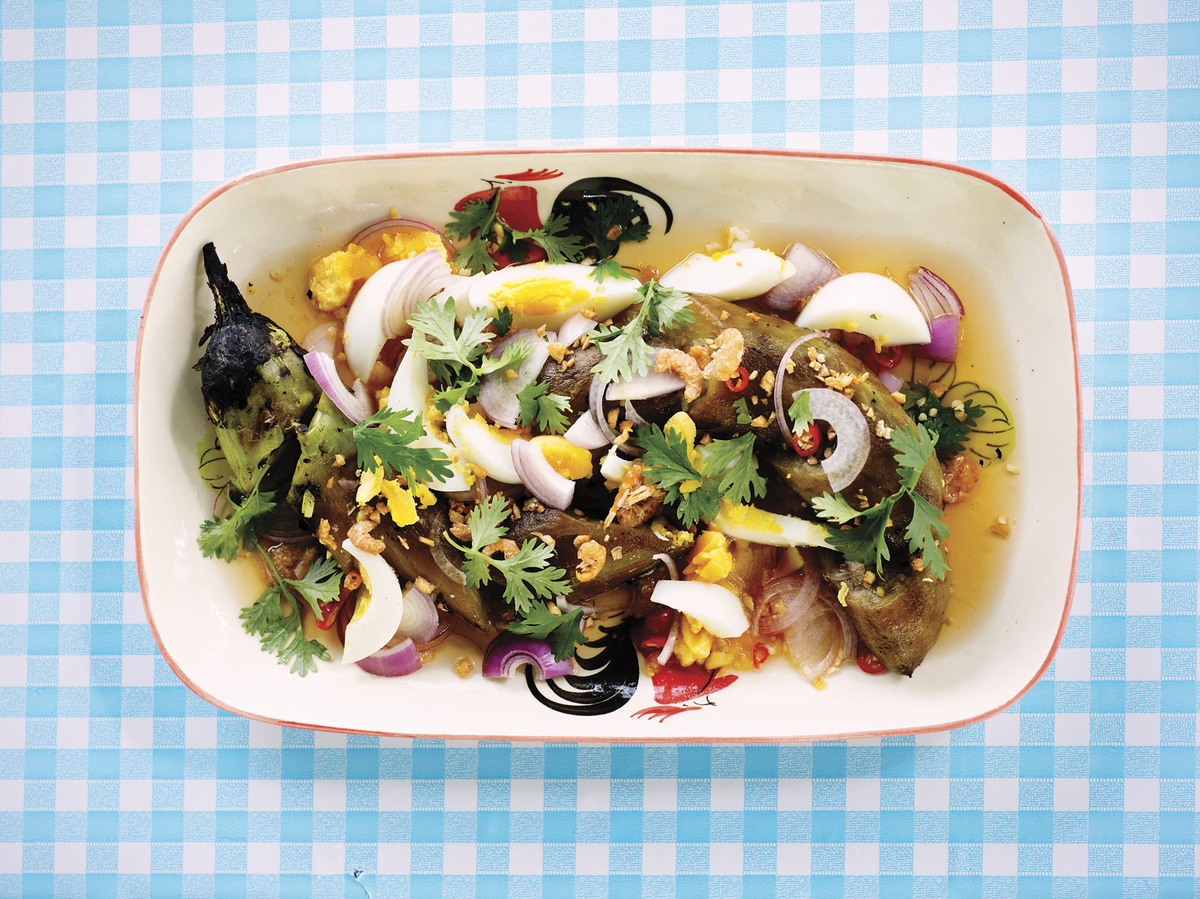 Andy Ricker is passionate about changing how Americans think about Thai food. So passionate that he was willing to go deep into debt for it. 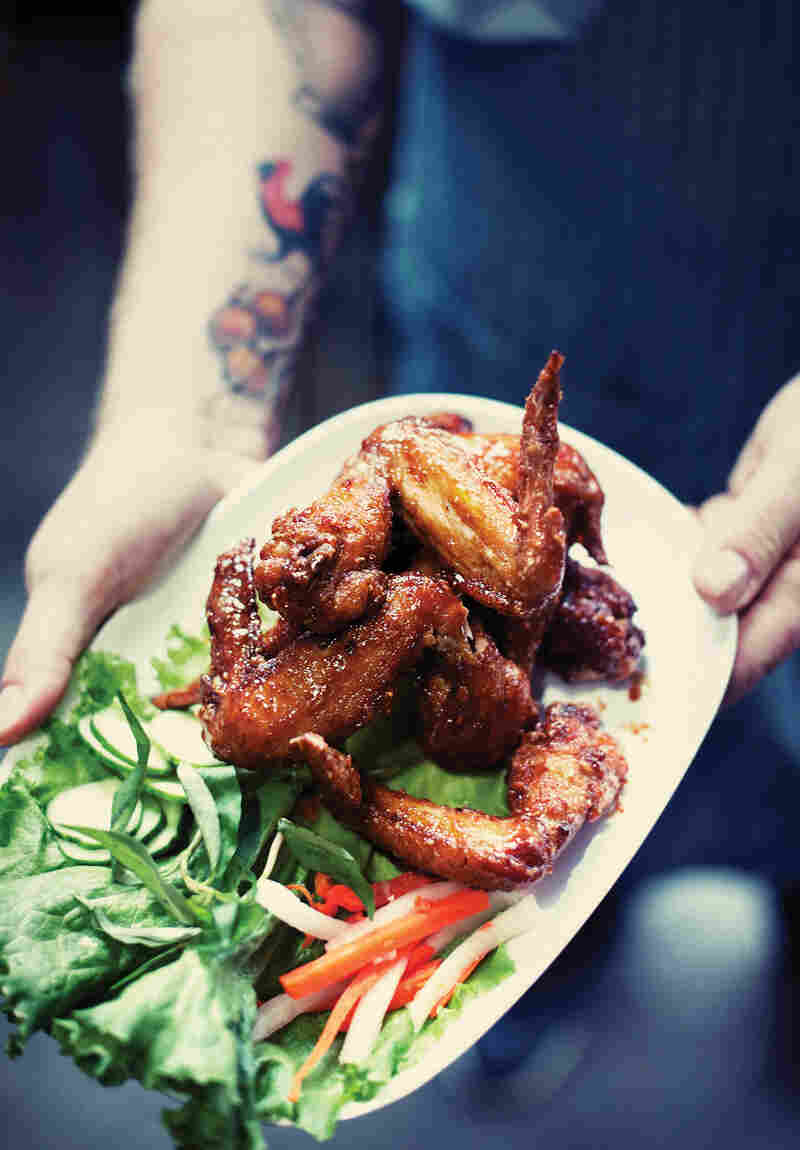 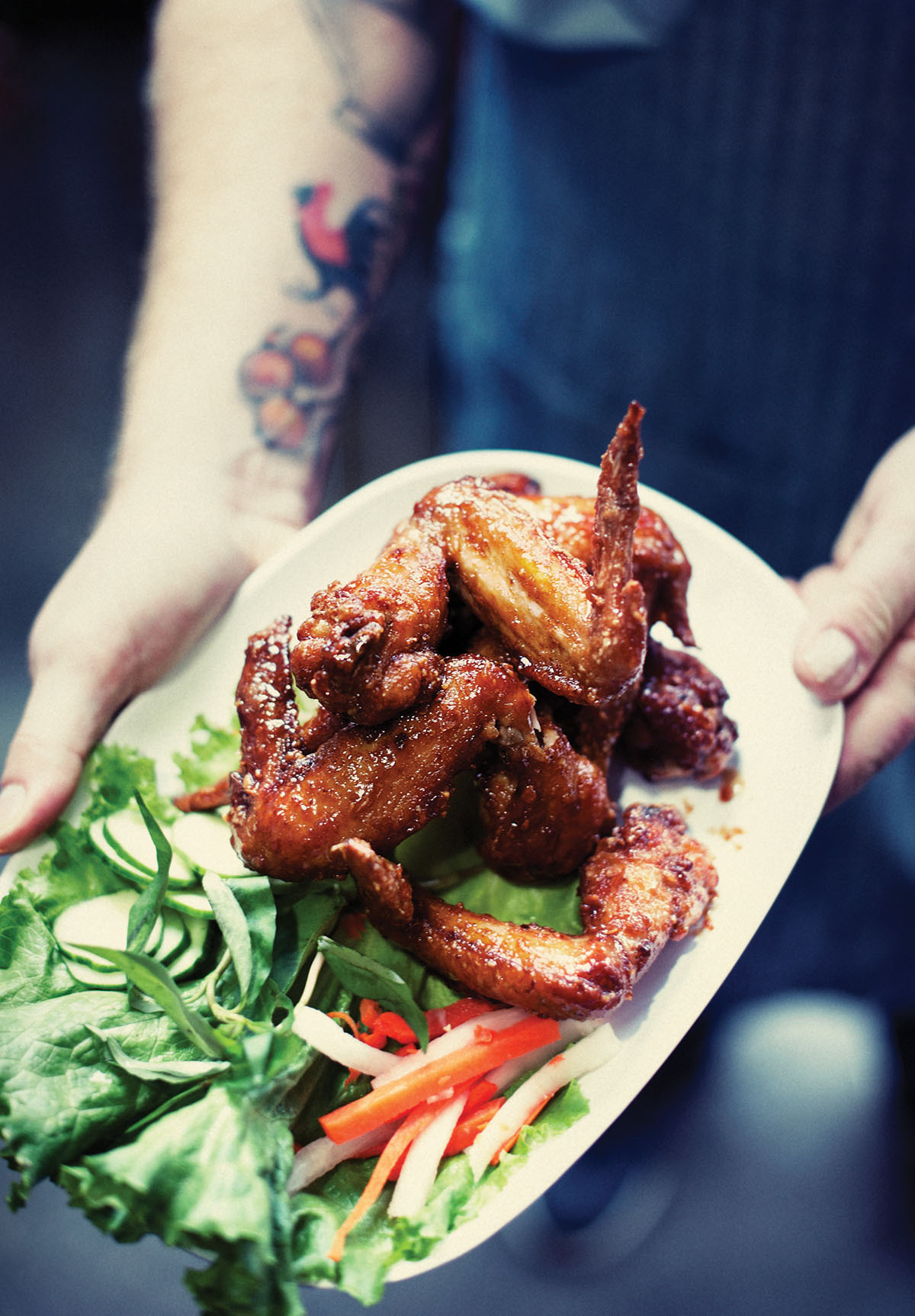 Pok Pok's most popular and addictive dish is Ike's Vietnamese fish sauce wings, according to Karen Brooks, a food critic at Portland Monthly.

"I want to have some kind of voice to say, 'Look, there's much more to Thai food than just Pad Kee Mao and rainbow curries and Pad Thai,' " Ricker says. "Thai food, in my opinion, is one of the great cuisines of the world. It should get its due." 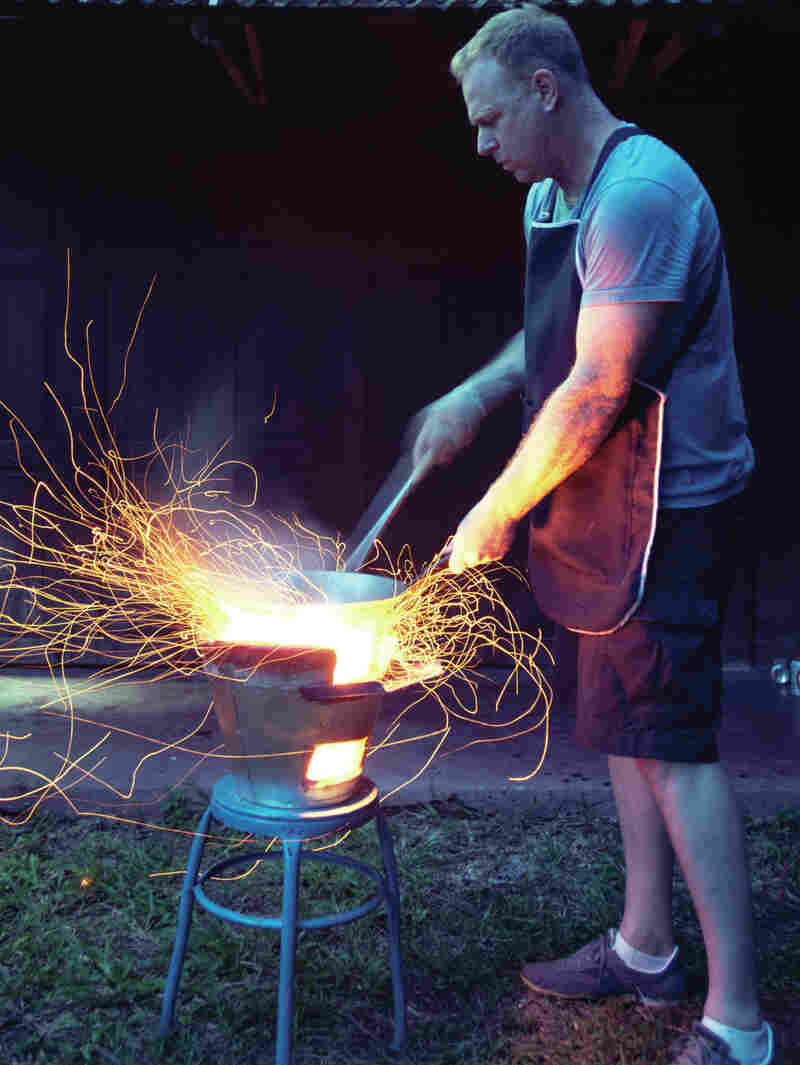 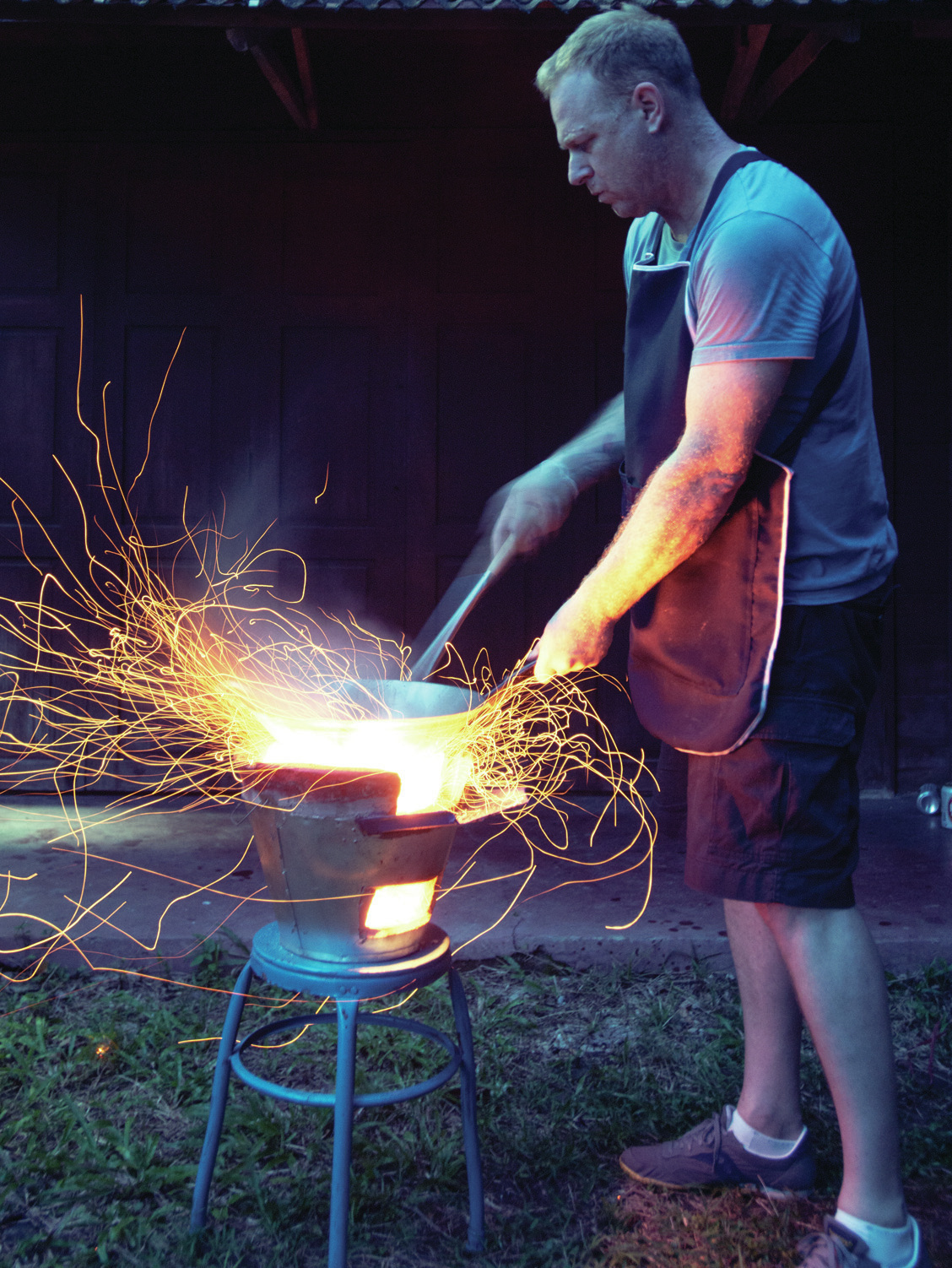 Ricker still remembers the exact moment that realization struck him more than 20 years ago. He was visiting a friend in Chiang Mai, in northern Thailand, when he ordered a bowl of soup made from a local puffball mushroom. "It was unlike anything I'd had before," Ricker says. "It was herbaceous. It was bitter. It was salty, a little bit spicy. That was the kind of the slap in the face."

Back home in Portland, Ricker wanted to cook the food he had been eating in northern and northeastern Thailand. But Ricker couldn't find any recipes in English. So he slowly pieced them together by picking the brains of street vendors and other cooks in Thailand.

For almost a decade, he split his time between Oregon and Thailand, where he traveled all over the country, eating and cooking obsessively. Finally, in 2005, Ricker started selling charcoal-grilled game hens and green papaya salad out of a takeout shack on a residential street in southeast Portland.

The shack soon had a devoted following, but Ricker was broke and deeply in debt. He maxed out six credit cards and had to borrow $7,000 from his mother to open a sit-down restaurant in 2006.

Acclaim followed pretty quickly. And then Karen Brooks, who was the food critic at The Oregonian, named Pok Pok restaurant of the year in 2007. He was out of debt by the end of the year.

Brooks says Ricker's cooking tasted nothing like the mild Thai food Americans are used to.

"It marched into your mouth like sour bombs, and fire, and like more funk than a James Brown record," says Brooks. "It was infectious, and there was no cure. There was no going back."

Ricker doesn't look like an obvious ambassador for this cuisine. He's 6 feet tall and blond, and grew up in Vermont. Perhaps that is why he's careful to avoid using words like "traditional" and "authentic" when talking about this food. "Both of those words are banished from the restaurant[s]," Ricker says. 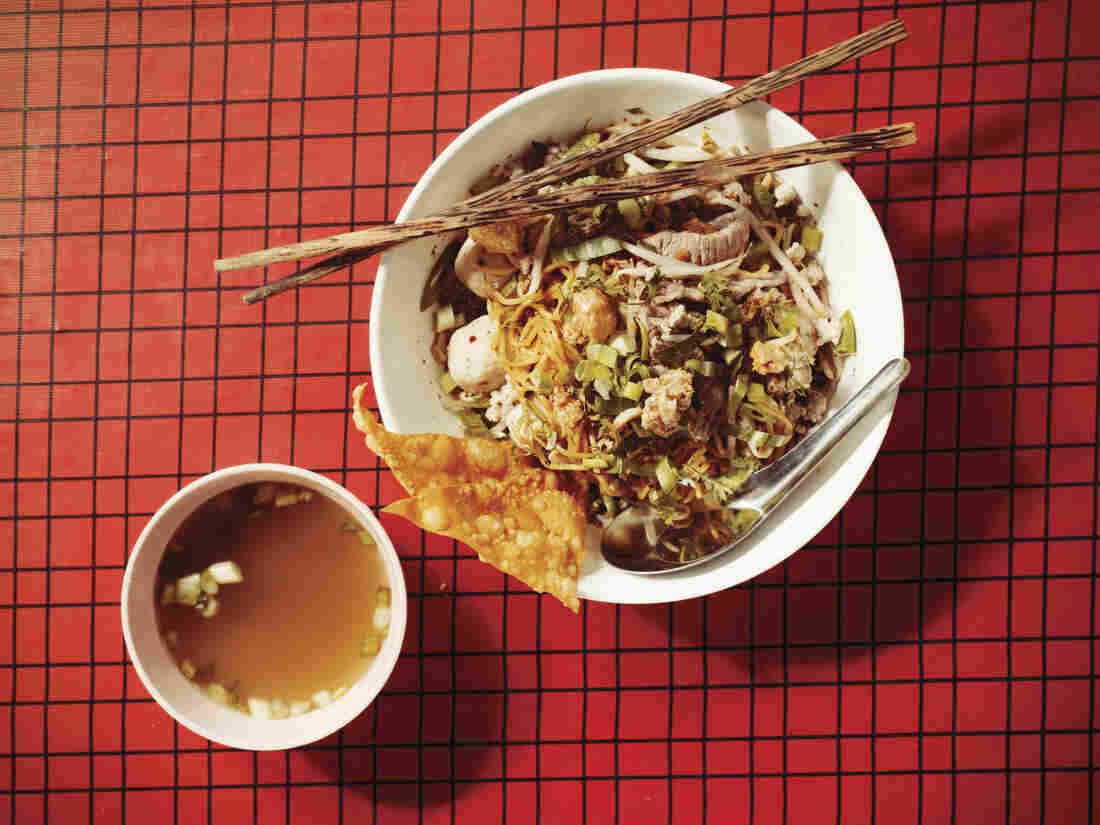 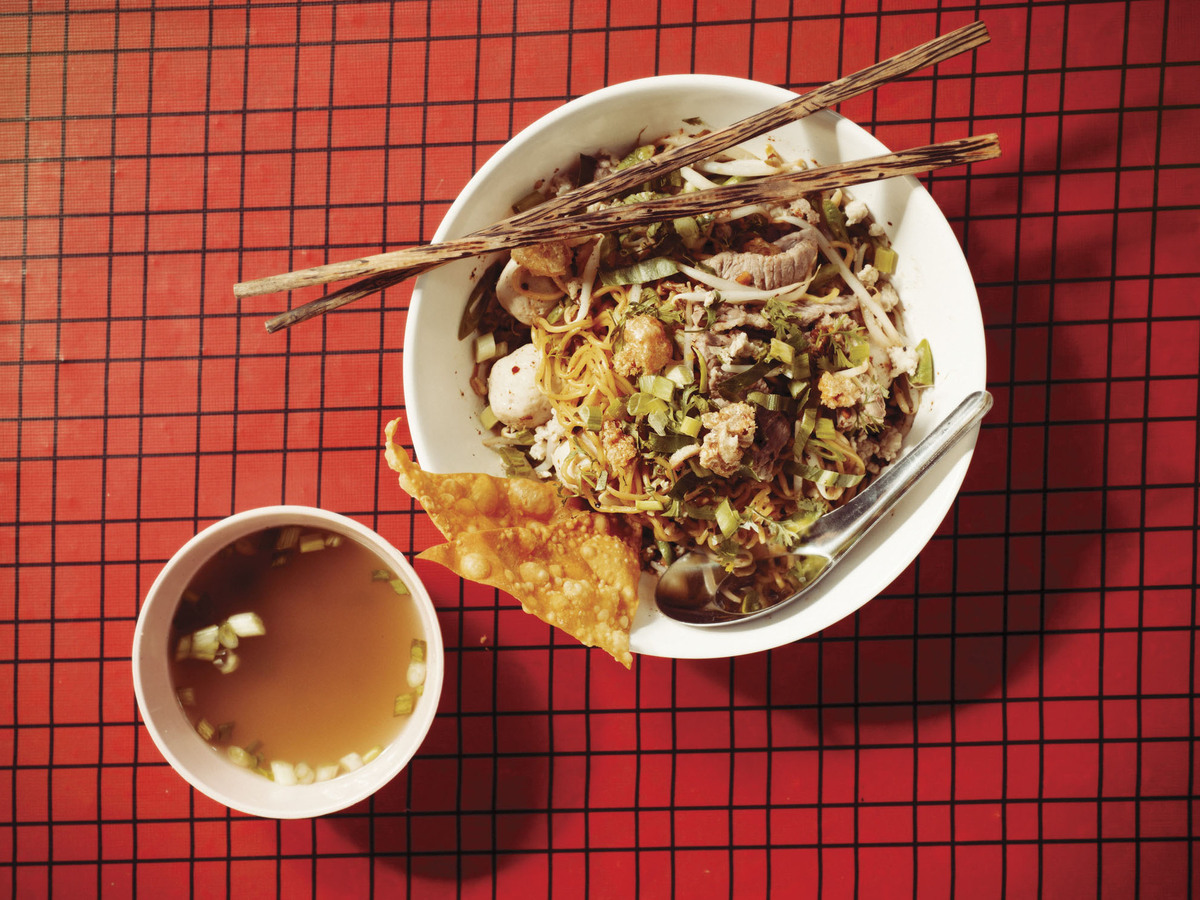 Ricker says this noodle dish translates roughly from the Thai as spicy, sweet, tart noodles with pork, peanuts and herbs.

What Ricker would rather talk about is accuracy — in the book, he calls himself a "proud copycat" of Thai food. "The reason why I think that the food at Pok Pok is special is because we actually go through the process to make food the way it's made in Thailand," he says. "We don't use food processors; we don't use blenders." 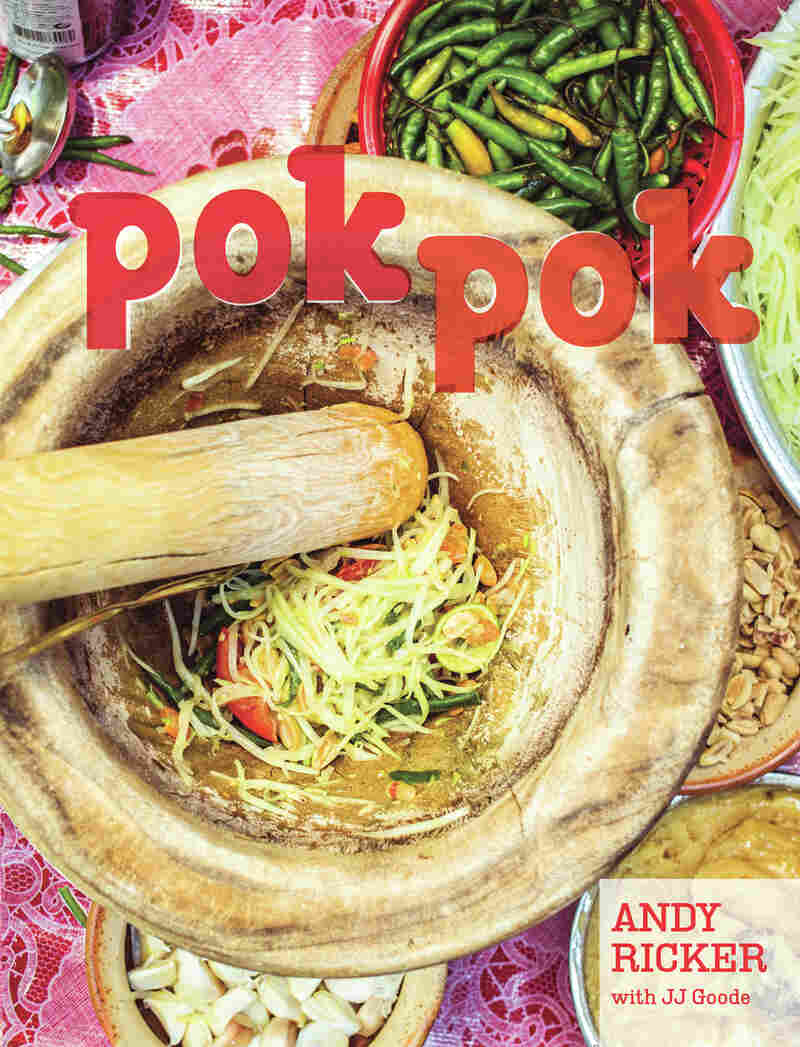 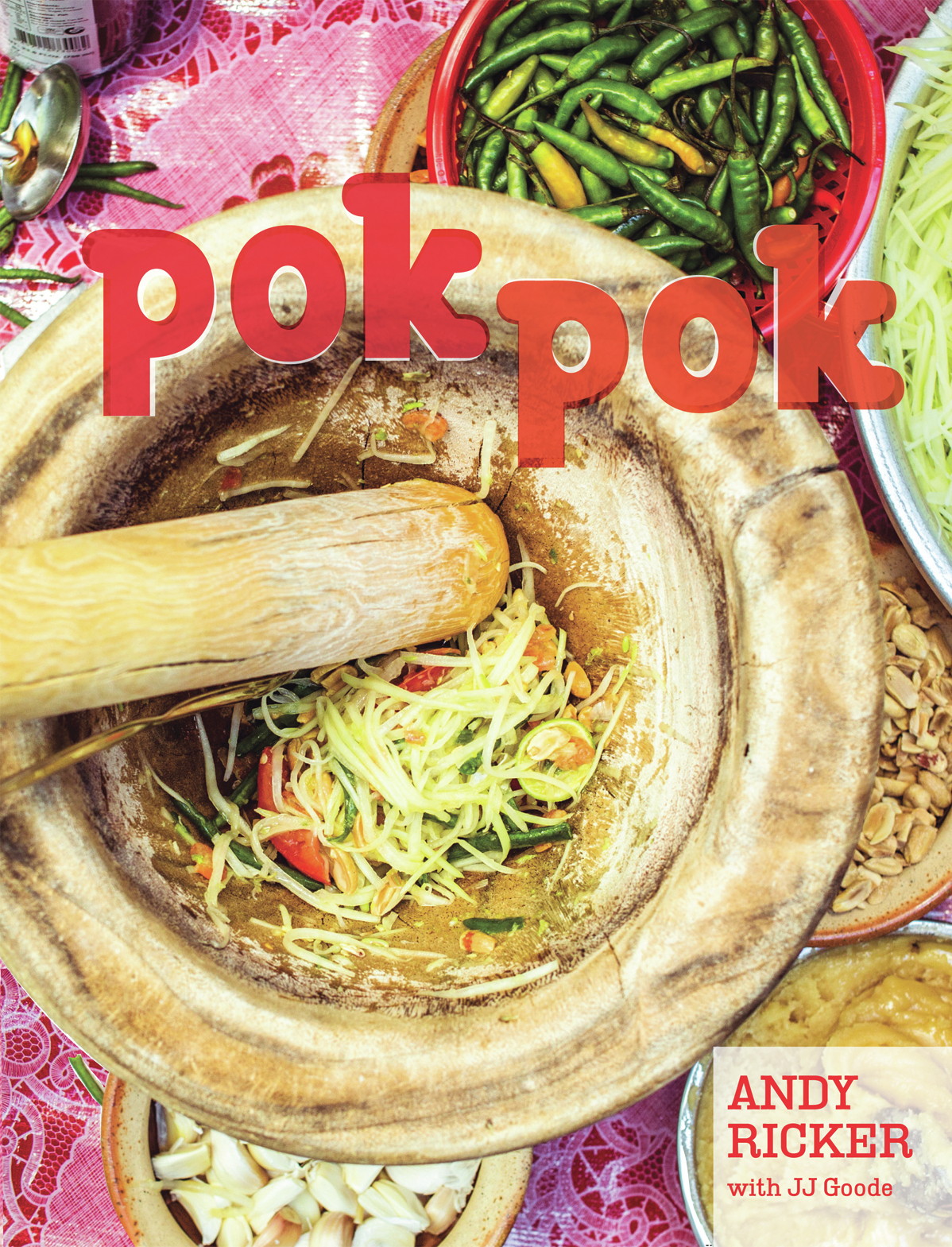 Ricker's cookbook, which is also called, simply, Pok Pok, is equally demanding. To cook his food at home, you need at least one mortar and pestle, a sticky rice steamer and a flat-bottom wok. And there's the long list of exotic ingredients like kaffir lime, tamarind pulp and shrimp paste. But for Ricker, there are no shortcuts.

"We go the extra step because that's really the only way to arrive at the flavors," Ricker says. "So when we set out to write the book, it wasn't like, 'Oh, we'll do an abbreviated version of all the recipes that we have at Pok Pok.' "

This cookbook will teach you how to make Pok Pok's most popular and addictive dish: Ike's Vietnamese Fish Sauce Wings.

Food and Stories from the Streets, Homes, and Roadside Restaurants of Thailand

"Really, [Ricker] could do nothing but open fish wing joints from here to eternity, and probably become a billionaire," says Brooks, who's now a food critic at Portland Monthly and the author of The Mighty Gastropolis: Portland, a book about the city's food scene. "That's what kind of everybody wants. But that's not what he wants."

What Ricker seems to want most is respect. Not for himself, necessarily, but for the food he loves.