Accessibility links
Fish Sauce: An Ancient Roman Condiment Rises Again : The Salt We usually associate fish sauce with Southeast Asian cooking. But it turns out the briny condiment also has deep roots in Europe, dating back to the Roman Empire. What caused its decline? Historians say it boils down to taxes, and pirates. 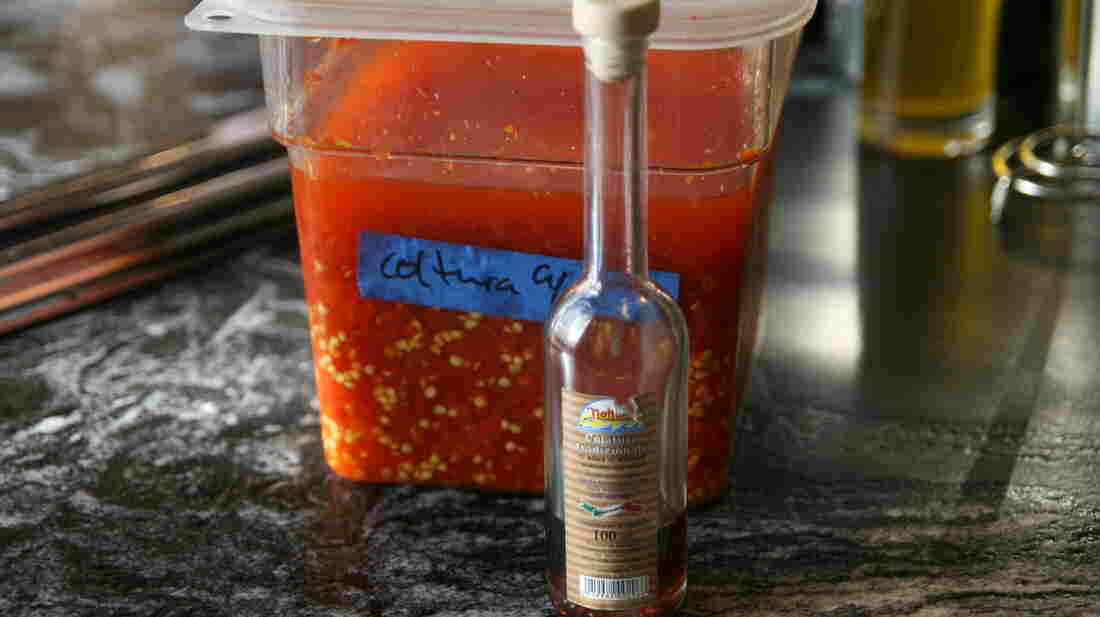 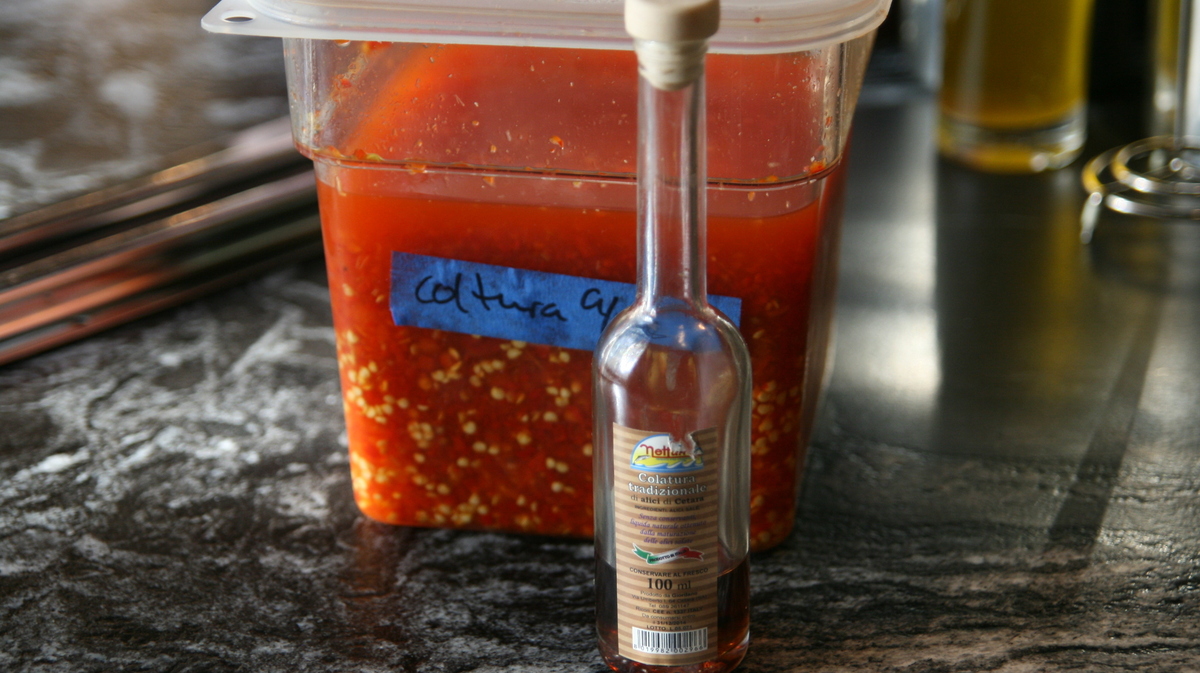 Ava Gene's, a Roman-inspired restaurant in Portland, Ore., incorporates colatura, a modern descendant of ancient Roman fish sauce, into several of its dishes.

Fish sauce — that funky, flavor-enhancing fermented condiment — is part of what gives Southeast Asian cooking its distinctive taste. But it turns out, this cornerstone of Eastern cooking actually has a long history on another continent: Europe. And it goes all the way back to the Roman Empire.

Like Asian fish sauces, the Roman version was made by layering fish and salt until it ferments. There are versions made with whole fish, and some with just the blood and guts. Some food historians argue that "garum" referred to one version, and "liquamen" another, while others maintain different terms were popular in different times and places. The current convention is to use garum as a common term for all ancient fish sauces.

Italian archaeologist Claudio Giardino studies the early roots of garum, the Roman version of fish sauce. He cites mention of garum in Roman literature from the 3rd and 4th century B.C., and remains of factories producing garum even earlier. The fish bones remaining at a garum factory in Pompeii even led to a more precise dating of the eruption of Mount Vesuvius.

Giardino notes that garum was popular throughout the Roman Empire.

"According [to] the Roman writers, a good bottle of garum could cost something like $500 of today," he says. "But you can also have garum for slaves that is extremely cheap. So it is exactly like wine."

Remains of garum factories have been excavated from Spain to Portugal to northern Africa. Some of these factories appear to have employed upwards of 50 people.

And this fish sauce became an integral part of Roman cuisine. Food historian Sally Grainger has recreated recipes from antiquity that used garum both as a general salt substitute and as the basis of dips and sauces. "After the fish sauce is made, it was then turned into compound sauces — with honey, with wine, with vinegar, with other herbs, with oil." 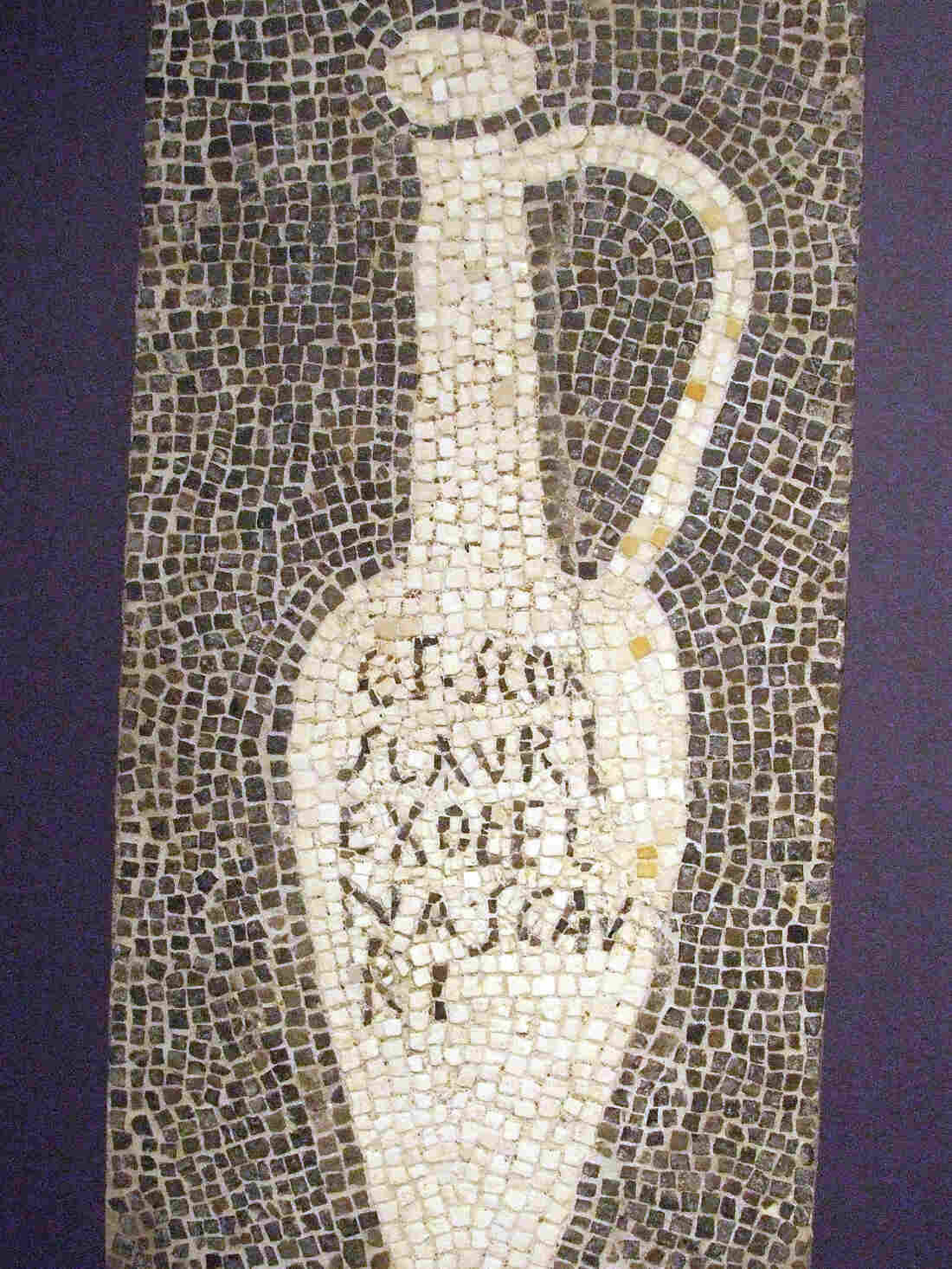 Fish sauce was a staple in Ancient Roman cooking. This mosaic, from Pompeii, would have decorated the floor of a garum shop. Courtesy of James Higginbotham hide caption 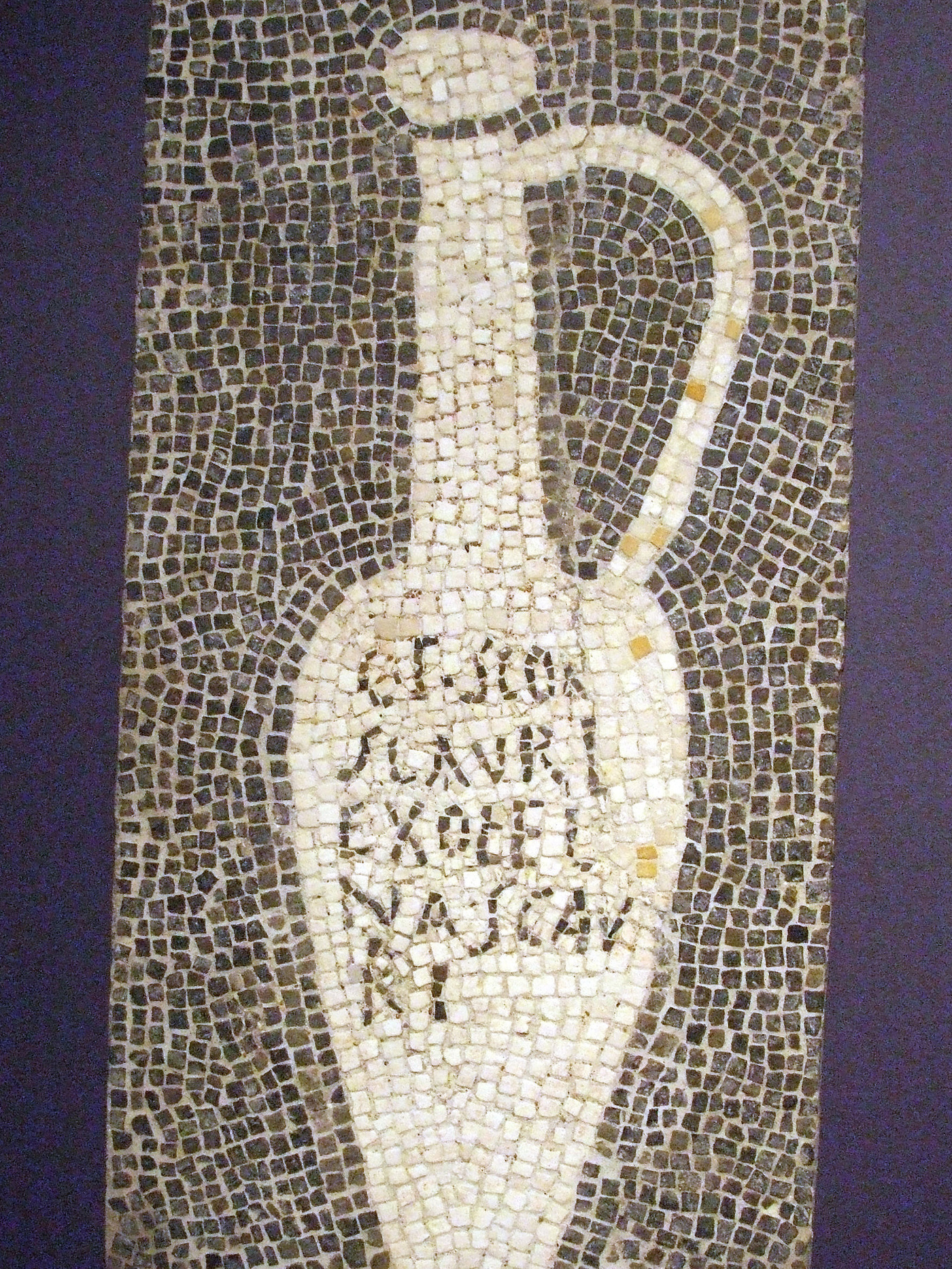 Fish sauce was a staple in Ancient Roman cooking. This mosaic, from Pompeii, would have decorated the floor of a garum shop.

Grainger says Romans fermented their sauce with less salt than the modern versions — using about 15 percent salt, versus 50 percent. This creates a fermentation environment that releases more of the protein, making garum a good source of nutrients. It also gives it a rich, savory umami taste.

"Very, very flavorful," Grainger notes. "It explodes in the mouth, and you have a long, drawn-out flavor experience, which is really quite remarkable."

So how did something so savory, and nutritious, and widespread just disappear? Archaeologist Claudio Giardino said that it comes down to two things: first off, taxes.

"In the Roman times, salt was a cheap material," he says. "When the Roman Empire collapsed, they put taxes on the salt. And because of these taxes, it became difficult to produce garum."

And the collapse of the Roman Empire created another problem: pirates.

"The pirates started destroying the cities and the industries nearby the coast. You could be killed any moment by the pirates, without the protection of the Romans," Giardino says.

And so, Italian fish sauce pretty much disappeared. But it remained in a few little pockets — like in Southwest Italy, where they produce colatura di alici, a modern descendant of the ancient fish sauce. The product was barely known even in Italy just a few years ago, but it is gradually being rediscovered.

Chef Josh McFadden, who runs Ava Gene's, a Roman-inspired restaurant in Portland, Ore., says he was thrilled to find a tiny bottle of colatura di alici in New York a few years ago.

"It was kind of a defining moment of aha! There's a different ingredient to be able tell the story of what Italian food is," he says. At Ava Gene's, McFadden uses both the Italian colatura, as well as a modern Asian fish sauce that features a protein content in line with ancient garum.

McFadden uses fish sauce to finish dishes, and also, like the ancient Romans, adopts it as the basis for other sauces, bringing out the flavor of everything from grilled meats to raw vegetables.

He pulls out one of these combination sauces for a taste — the fish sauce is laced with sweet-hot peppers, garlic, and white wine vinegar. "It's so good, right?" he says, adding, "There's just so much going on, so many different dimensions."

And McFadden — like Giardino and Grainger — feel that these funky, fishy dimensions are long overdue for a return to the Italian table.