Accessibility links
How Much Water Actually Goes Into Making A Bottle Of Water? : The Salt The bottled water industry says it uses water far more efficiently than other beverages. But water activists say that few companies in the beverage industry are calculating their total water footprint.

How Much Water Actually Goes Into Making A Bottle Of Water?

How Much Water Actually Goes Into Making A Bottle Of Water? 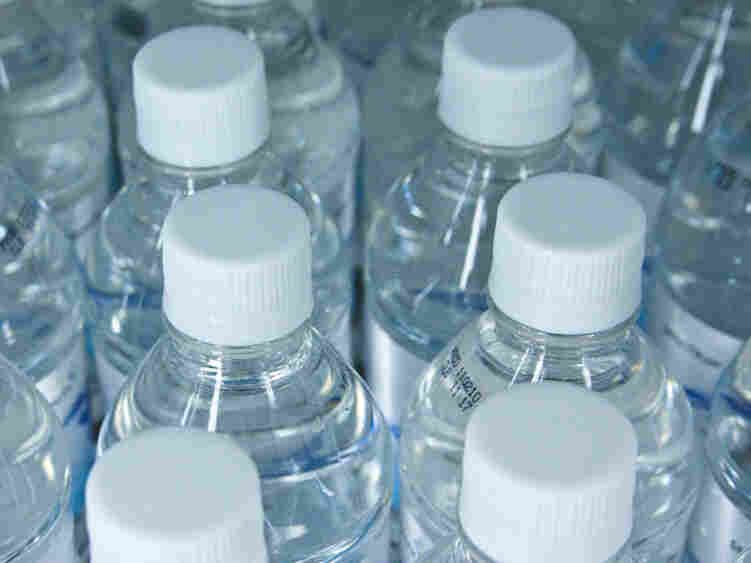 The amount of water to make the bottle could be up to six or seven times what's inside the bottle, according to the Water Footprint Network. Steven Depolo/Flickr hide caption 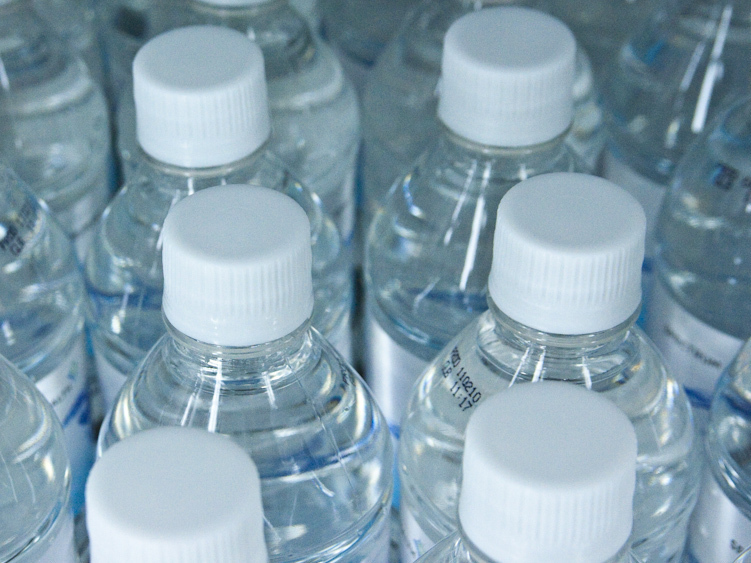 The amount of water to make the bottle could be up to six or seven times what's inside the bottle, according to the Water Footprint Network.

Environmental activists have long claimed that bottled water is wasteful. Usually, they point to the roughly 50 billion (mostly plastic) bottles we throw away every year.

The International Bottled Water Association, ever sensitive to criticism that it's wasting precious resources, has commissioned its first ever study to figure out how much water goes into producing one liter. The results, released this month, show that for North American companies, it takes 1.39 liters to make one liter of water.

That's less than the global averages of a liter of soda, which requires 2.02 liters of water. A liter of beer, meanwhile, needs 4 liters of water, wine demands 4.74 liters. Hard alcohol, it turns out, is the greediest, guzzling 34.55 liters of water for every liter.

This, the bottled water industry says, is evidence that its product isn't so bad. "Bottled water products are extremely efficient in terms of water use compared to some other packaged beverages," says Chris Hogan, spokesman for the International Bottled Water Association.

But water activists say the IBWA study highlights a problem throughout the beverage industry: Few companies take the whole water-use picture into account when calculating their water use. Just as companies are beginning to calculate their carbon footprint, they also need to analyze their water footprints to find opportunities for conservation.

Bottled water companies (along with many other beverage companies) should include the water in their supply chain, says Ertug Ercin with the Water Footprint Network. Ercin says a true water footprint includes all freshwater used in production, including the water used for packaging.

"Packaging makes a significant footprint," he says, adding that three liters of water might be used to make a half-liter bottle. In other words, the amount of water going into making the bottle could be up to six or seven times what's inside the bottle.

Drilling for oil to make plastic, Ercin says, uses a substantial amount of groundwater. And you need water to make the paper, too, he adds.

Hogan says that one reason why the IBWA didnt look at these issues is that it's hard to know where to stop. "You could extrapolate that ad infinitum," he says.

Hogan says some companies say they don't think they can get any more efficient, but they're trying. "Water," Hogan says," is the lifeblood of the industry and they want to be as efficient as possible."