Accessibility links
A Spice Buyer On Why Pepper Is Dirty, And How It Gets Clean : The Salt Spices get dirty because of the way they're grown, stored and harvested, according to the head spice buyer for McCormick & Company. Because there are so many small farmers and shippers worldwide, that end of the supply chain is hard to control. So spices need to be sterilized before they hit supermarket shelves.

A Spice Buyer On Why Pepper Is Dirty, And How It Gets Clean

A Spice Buyer On Why Pepper Is Dirty, And How It Gets Clean 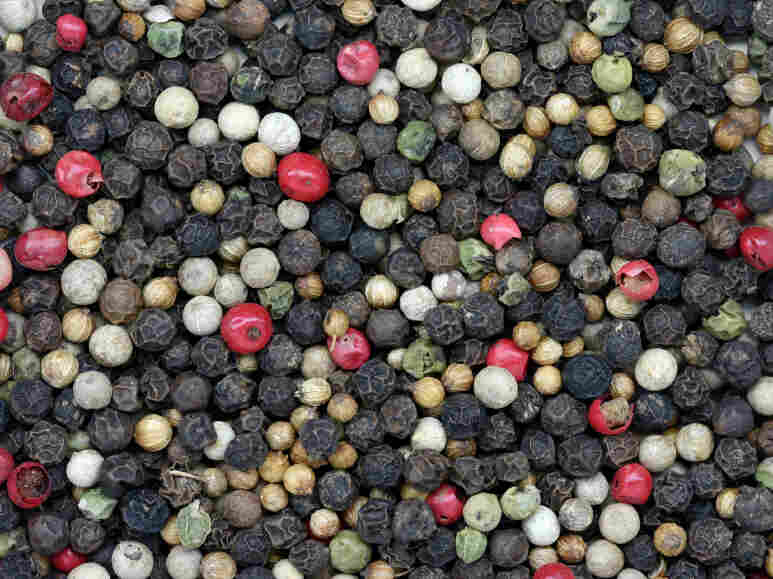 Pepper is the spice most commonly contaminated with salmonella and other pathogens. iStockphoto.com hide caption 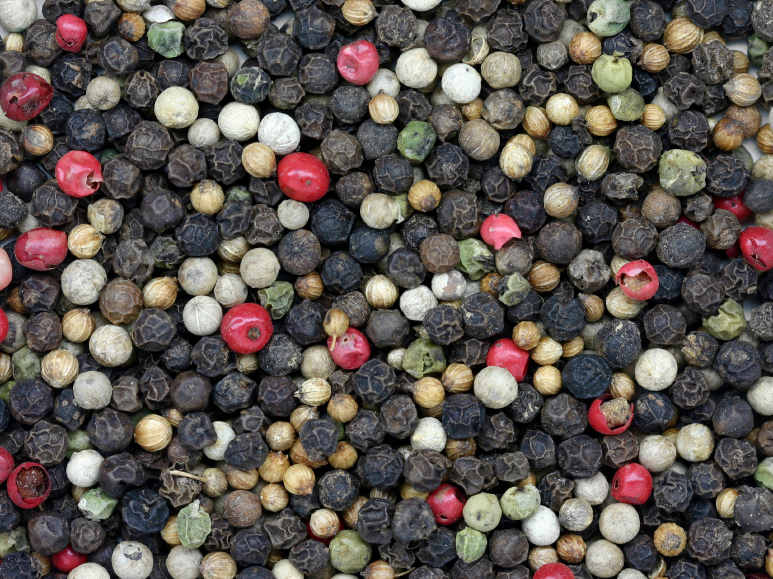 Pepper is the spice most commonly contaminated with salmonella and other pathogens.

This week's news that the Food and Drug Administration found that 12 percent of spices imported to the U.S. are contaminated was a little disheartening.

As the FDA reported, all kinds of nasty stuff hitch a ride with spices into the country — from insects to animal excrement to pathogens. The agency looked closely at pepper and sesame seeds, but says this is an issue with lots of other spices, too.

After spices are harvested from plants, they're often laid on the ground to dry, as we reported in August. Salmonella comes from birds and other animals, so the animals are getting into the spices somewhere in picking, drying, processing or storage.

We called up Al Goetze, who has been a spice buyer for McCormick & Company for 30 years, to find out how spices get so filthy. And of course we wanted to know what the world's largest spice buyer is doing about the problem.

Goetze had returned from a buying trip to India's Western Ghats. Here's an edited version of our conversation.

The FDA found things like rodent hair and insect parts in the spices they tested. Are there ways to keep that stuff out of spices?

Like all agricultural commodities, there is a level of filth that is introduced to the product at harvest time, drying activity and in storage. This is particularly true of spices and herbs grown in the developing countries. Many of the contaminants are introduced to the products from field insects and rodents. Also dirt, stones and other plant matter are picked up with the spices and herbs at time of harvest. During sun drying on tarps or concrete yards, more foreign matter and pathogens can contaminate the products. Improper storage conditions can lead to storage insect and/or rodent infestations.

All of our shippers we work with do some level of rudimentary cleaning to ensure our raw materials meet FDA import [laws]. We then further clean the spices and herbs in our main milling center in the U.S.

The FDA says it also found salmonella in 7 percent of the spices it tested. Did that surprise you?

It's clear to me that [these contaminated spices] weren't correctly sterilized at the source. And in processing in the U.S. they probably got recontaminated. Some people think just because someone has steamed or treated it overseas, you bring it in and that's the end of it. Well, no, it's not.

Does McCormick test for pathogens?

We test for pathogens, but not at the source. We know that there are pathogens in almost all spices. How can there not be, considering the environment in which they're grown and how they're handled? The farms haven't changed a lot since I first started — it's a multitude of small farmers. In India, I've heard estimates of 150,000 pepper farmers.

Tell us about that growing and handling process.

People think we buyers negotiate with farmers; the reality is you can't, because there are so many small farmers.

There is usually someone [in the village] they are dedicated to go to, or who has the best price. They look at the peppers to see if they're clean. Then, it's stored there at the collector, and once there's enough it goes to a processor or exporter. They do rudimentary cleaning to get to FDA detection action levels. At this level they're not dealing with anything you can't see — stones, other plant leaves. It's mostly moved around in small poly woven bags.

What happens once that pepper gets to McCormick?

We may clean it first, and then it goes into a steam sterilization process. It's pasteurization. We do that with all of our spices. You can test a lot; you can take 10 different samples, 50 different samples, but there can still be hot spots in the lot where salmonella can be.

It sounds like steam sterilizing would affect flavor. Is there quality loss?

Yes, there is, particularly on the real fragile herbs. The leafy things like basil, that's a very delicate leaf; you have to do that in a way that gets the job done in the least amount of time.

Do you irradiate spices?

That is probably the one and only technology that we have that is sterile when it's done. It will kill bacteria down to single-digit levels. We do not use any irradiation in our facilities. The only time we do use it is if we have an industrial customer, for instance something they might use in a cheese product, dill seed or cumin seed, [and] they don't want yeast or mold. We ship it to the irradiator en route to them.

Where are the spices sterilized?

Our biggest plant is in Hunt Valley, Md., and we have a similar setup in Avignon [France] for Europe.

We don't want to sterilize and process our products [in the countries where we source our spices] for the most part. Any spice that has a hard shell, the minute you mill it you're releasing a lot of flavor and aroma. Black pepper, the minute you mill it it's going downhill. We don't want to push that all back to the source. It's a six- or eight-week journey to get to us.

There's been a lot of talk on working more with farmers to improve food safety with spices. Will that solve the problem?

Things are changing at the source, don't get me wrong, but they're changing at a relatively slow pace. It's just because of the enormity of the way these things are grown, the number of farmers involved. You have to look at the supply chain all the way from the farm to the end product.

What's new in the spice world?

People ask me what's the latest spice; the reality is there's nothing new. What you're seeing today more than anything is a revolution in seasoning blends and flavors. In the 1950s, the average household had 10 different spices. Today it's 40-some. And most of those are blends.