Accessibility links
Mash Donalds? Iranians Copy American Fast-Food Brands : The Salt If you wander through the streets of Tehran, you might find that faux McDonald's, or maybe a Pizza Hat. The rise of the "fake franchise" caught the attention of Iranian-American Holly Dagres, a Middle East analyst and commentator, who says some of these eateries "look like the real deal." 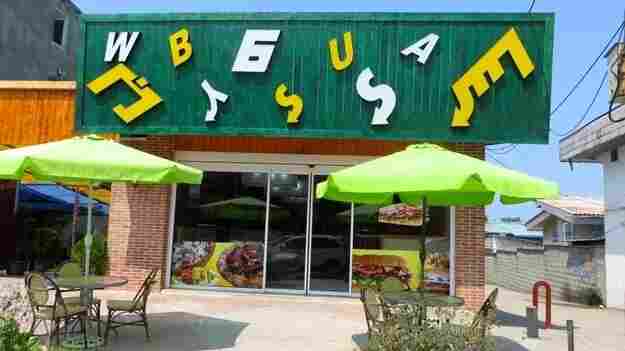 Is that Subway? Middle East analyst Holly Dagres is on a hunt for fast-food lookalikes in Tehran. Holly Dagres hide caption 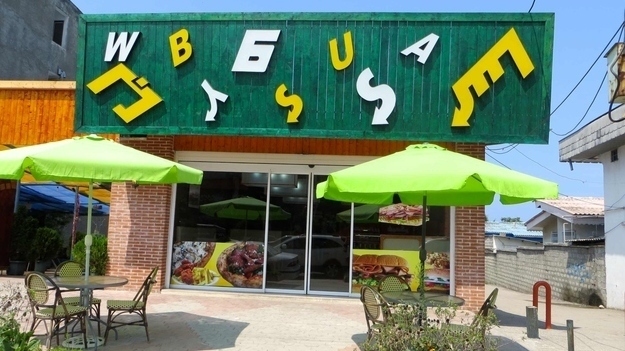 Is that Subway? Middle East analyst Holly Dagres is on a hunt for fast-food lookalikes in Tehran.

With no formal diplomatic relations between the two countries, though, it's rather hard to find a McDonald's or a Pizza Hut. But if you wander through the streets of Tehran, you might find a Pizza Hat or a Mash Donald's.

The rise of the "fake franchise" caught the attention of Iranian-American Holly Dagres, a Middle East analyst and commentator, who travels to Tehran often from her home in Cairo. She published a photo essay on BuzzFeed in October highlighting some of these eateries.

Raees Coffee is actually a replica of Starbucks, and Super Star is inspired by Carl's Jr. in the U.S., she says.

But these stores have nothing to do with the American franchises.

"I think Starbucks actually tried to sue Raees Coffee, but there was no success; and the same with KFC," says Dagres. "And they've done such a perfect job, in some circumstances, of emulating things. Baskin-Robbins and KFC look like the real deal. It's kind of confusing."

At Baskin-Robbins, for example, Dagres says you have the 31 flavors, with the same cups and spoons. But the quality of ice cream might be better because, in fact, it's Italian gelato.

If diplomatic relations were ever restored, would those faux franchises be in a difficult position?

Dagres says there would be lawsuits. "They might have to shut down, but I think it would be sad for the owners of those companies," she says. "These are just individuals that came up with a bright idea and thought it would be great to emulate American franchises."

We had to ask Dagres where she'd take us for lunch if we were in Tehran today.

"Since you're American, I wouldn't take you to a bootleg franchise," she says. "I'd take you for some really good kebab. But if you were really craving something American, I would take you to Super Star. And the only reason I say that is because it was my high school hangout, and I love their chicken burger.