Accessibility links
Make Room For Mushrooms: Fungi Compete With Meat In Burgers : The Salt Chefs and school cafeteria directors say burgers that blend mushrooms and meat are a hit. Mushroom-meat burgers are, on average, 24 percent lower in fat and 27 percent cheaper than regular, all-beef burgers, according to the Mushroom Council.

Make Room For Mushrooms: Fungi Compete With Meat In Burgers

Make Room For Mushrooms: Fungi Compete With Meat In Burgers 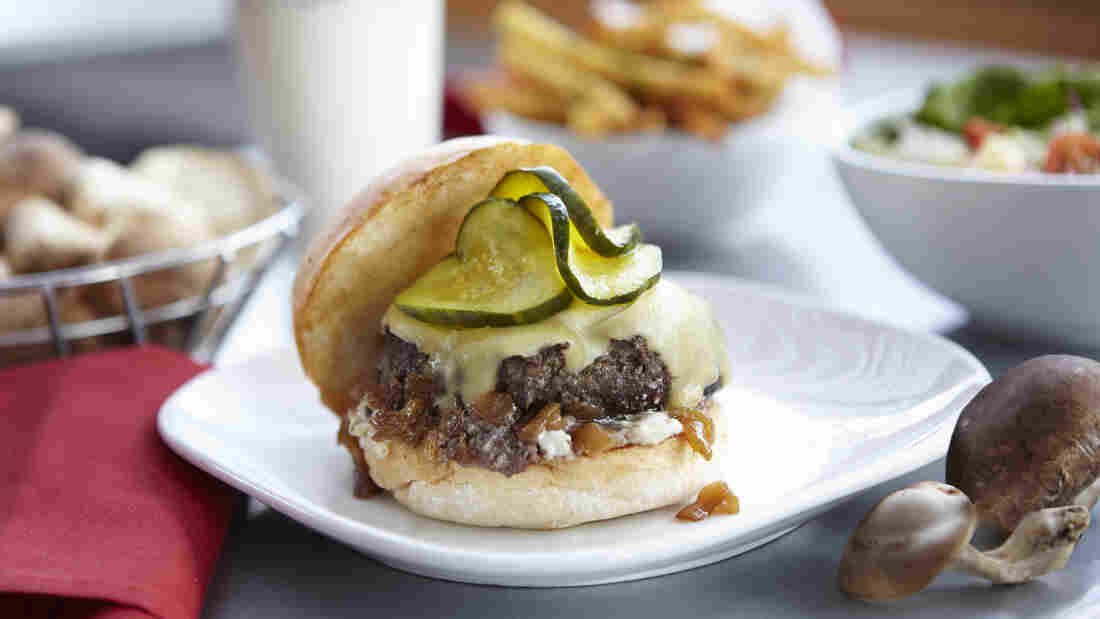 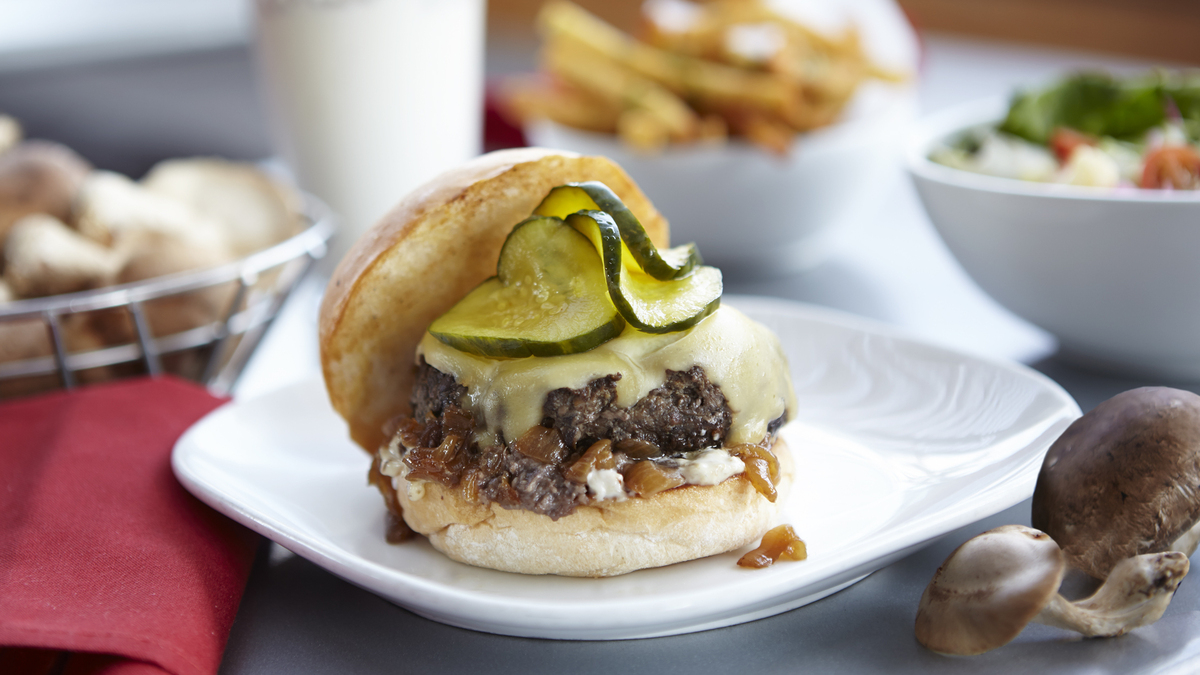 With so many people reconsidering their meat consumption, the mushroom industry is hoping their product can become the next "other" white meat. And with the cost of meat rising, scientists and chefs say they think mushrooms have a shot at moving closer to the center of the plate.

Not long ago, the Mushroom Council, an industry group, hosted scientists, nutrition researchers and chefs for a Mushrooms and Health Summit. Among them was Amy Myrdal Miller, director of programs and culinary nutrition for the Culinary Institute of America, who presented findings from a research study she did with University of California, Davis researcher Jean-Xavier Guinard. (The study was funded by the Mushroom Council.)

The majority voted for the 50-50 mushroom and meat blend, finding the burgers just as satiating as the real thing, and more flavorful, according to Miller.

Flavor isn't the only payoff. Mushroom-meat burgers are, on average, 24 percent lower in fat and 27 percent cheaper than regular, all beef burgers, according to the Mushroom Council. And adding mushrooms to any dish means adding vitamin D, potassium, antioxidants and B vitamins.

How A Sleepy Pennsylvania Town Grew Into America's Mushroom Capital

Restaurants throughout the U.S. are also discovering that meat and mushrooms can make a very good pair. Atlanta-based chef Richard Blais, who appeared on Top Chef and heads several Atlanta eateries including Flip Burger Boutique, was one early adopter. Here's his recipe for the Earth & Turf burger served at Flip.

"Mushrooms seem to generate a natural umami reaction that makes everything in a dish taste even better than they do on their own," says Okura. 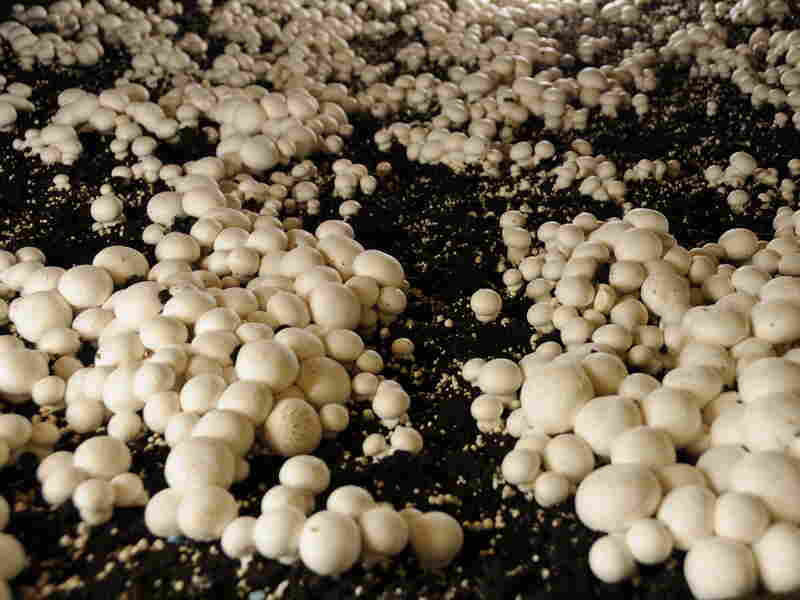 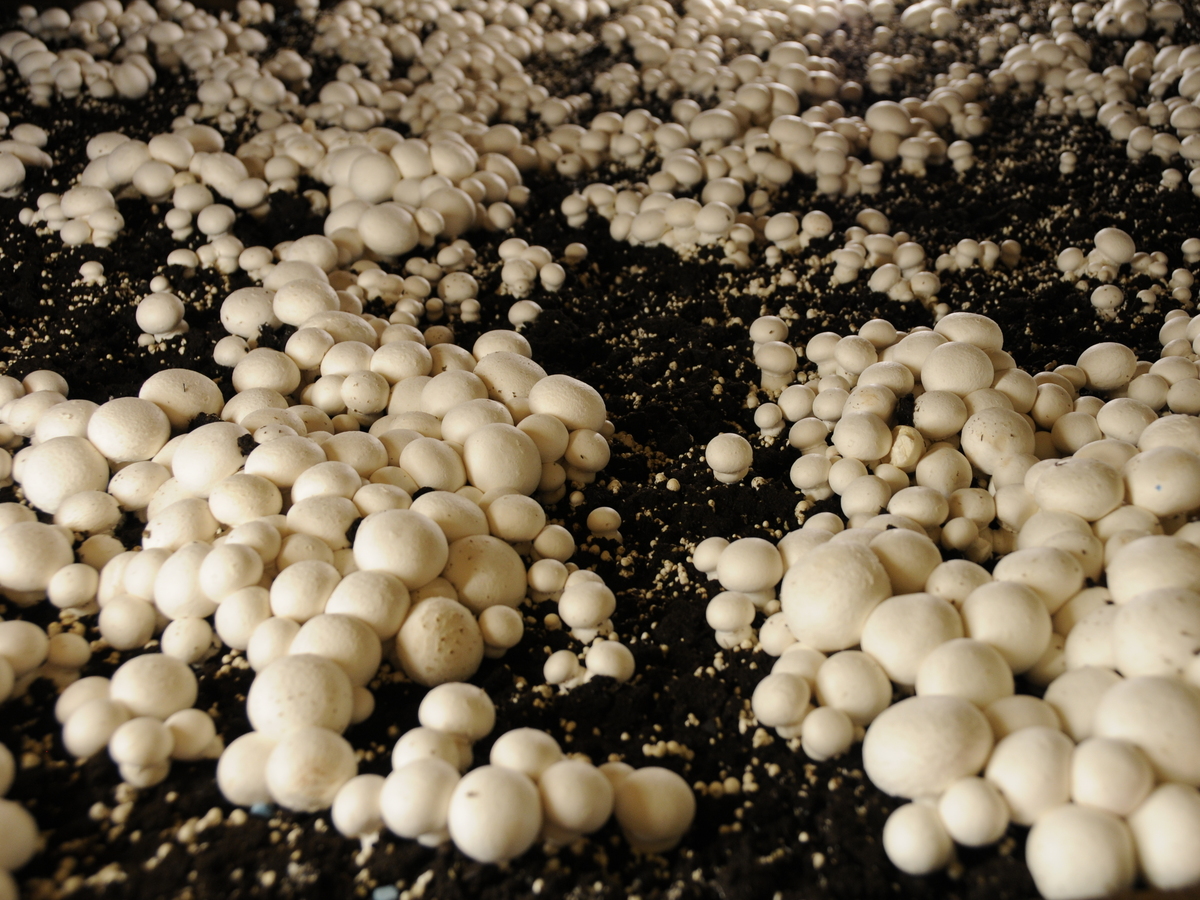 About 400 million pounds of mushrooms come from farms in Chester County, Pa.

As Nancy Shute has reported, mushrooms' umami comes from their high levels of glutamate. (And check out Robert Krulwich's engaging piece on the origins of umami.)

Mushrooms are also making their way into burgers in several schools.

Jessica Shelly, food services director for Cincinnati Public Schools, says she has had huge success with adding one-eighth of a cup of mushrooms to burger meat.

"It has been an immediate hit with students," she says.

Yale University and Cornell University are serving mushroom-meat mixes in their cafeterias, too. And burgers aren't the only blendable menu item. Robert Rusan, a chef in the Maplewood Richmond Heights school district in St. Louis, is adding mushrooms to turkey and beef meatballs and meatloaf.

"Mushrooms blend easily in meat mixtures because they have a meaty texture," says Rusan. "I anticipate more and more schools getting on board with using mushrooms, primarily because mushrooms are becoming trendier."

With increasing mushroom consumption, sales have risen consistently for the past several years and are forecast to grow by 3.7 percent for 2013, outpacing general produce, according to the Mushroom Council.

As more chefs and diners discover the mighty mushroom's versatility, meat won't necessarily be edged out completely, but could play second fiddle.