Accessibility links
Remembering Chef Charlie Trotter, Chicago Fine-Dining Visionary : The Salt Charlie Trotter was one of the country's most influential chefs. His death comes just a year after he closed his namesake restaurant in Chicago. Authorities plan to conduct an autopsy on Wednesday. 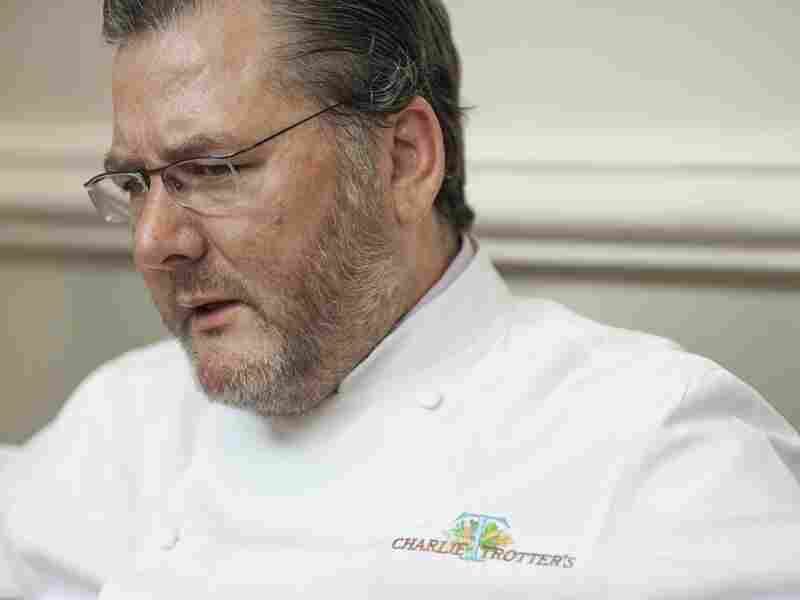 Charlie Trotter at his restaurant in Chicago in 2012. Sitthixay Ditthavong/AP Photo hide caption 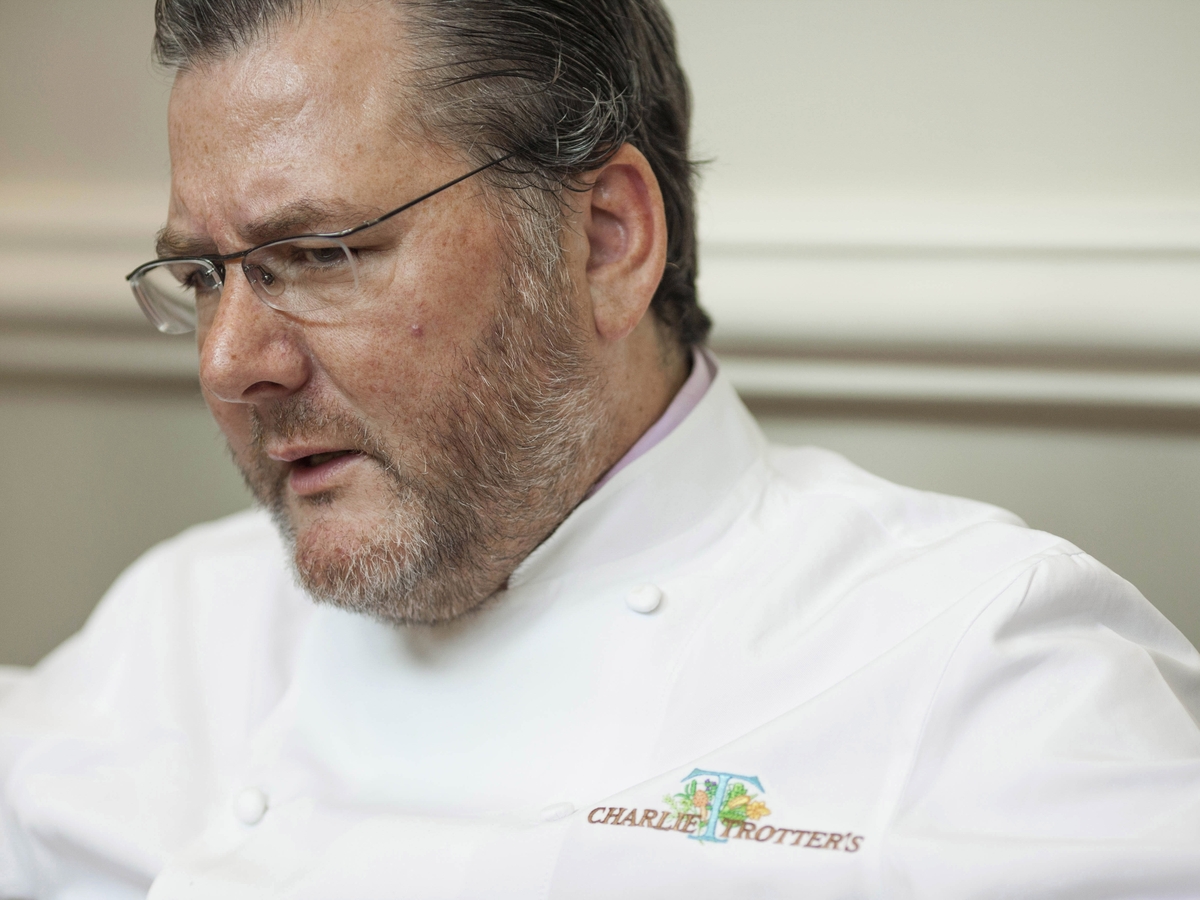 Charlie Trotter at his restaurant in Chicago in 2012.

For decades, Charlie Trotter's name was synonymous with cutting-edge cuisine. His Chicago restaurant was regarded as one of the finest in the world — a stellar accomplishment for the self-taught chef, who died Tuesday at age 54.

Trotter earned a college degree in political science, but as he told NPR last year, he decided cooking was his calling, so he studied cookbooks, visited fine restaurants abroad, catered small parties at home and started working for prominent chefs.

"My motive was nothing more [than] to learn how to cook and explore the interesting components of the food and wine world," Trotter told Talk of the Nation's John Donvan. "I never had an agenda."

But Trotter said he did want to elevate American cooking. And in 1987, with the help of his father, he opened his own restaurant. He took the novel step of putting a table for guests in the kitchen.

He went on to write several cookbooks and host a PBS television series, The Kitchen Sessions with Charlie Trotter. His restaurant won Michelin stars, and Trotter won a James Beard Foundation award for outstanding chef in 1999.

Susan Ungaro, the president of the foundation, says Trotter told her that chefs are like musicians: "That every ingredient is like a musician's note, and he laughed and said, 'My father must have known I must have wanted to be a chef after he named me Charlie after Charlie Parker, the great jazz musician.' He was somebody who really took the artistry of cuisine to another level."

Mathias Merges worked for Trotter's for several years as executive chef and director of operations:

"One of our mantras was, 'We will never, ever produce the same dish twice,' " says Merges.

And Merges — also a star chef — says the restaurant was a magnet for talent.

"The teams that I've seen go through there over the past 25 years [have been] incredible," says Mergers. "You can look around the country at some of the great chefs who are on the map now and at one time or another they've come through that kitchen."

That includes top chefs Graham Elliott and Grant Achatz. Trotter was known as an exacting man — a tough mentor with a temper. Everything had to be precise. In some of the behind-the-scenes videos of his kitchen, like this one, that push for perfection is clear.

But Trotter also had a softer side. He created a charitable group that awarded culinary scholarships and he also raised money to host local students at the restaurant three times a week to teach them about fine dining.

The restaurant closed last year, and Trotter planned to travel the world with his wife and study philosophy. Last night a group of friends, former employees and chefs held a candlelight vigil at Trotter's building. They left a bouquet of roses with a card that said "chef."