Accessibility links
Forget Barley And Hops: Craft Brewers Want A Taste Of Place : The Salt Craft brewers around the country are making beers with foraged seeds, roots, fruits and fungi from their backyards and backwoods. It's a challenge to the placelessness of mainstream brewers, who mostly use the same ingredients grown in the same places — barley from the Great Plains and hops from the Pacific Northwest. 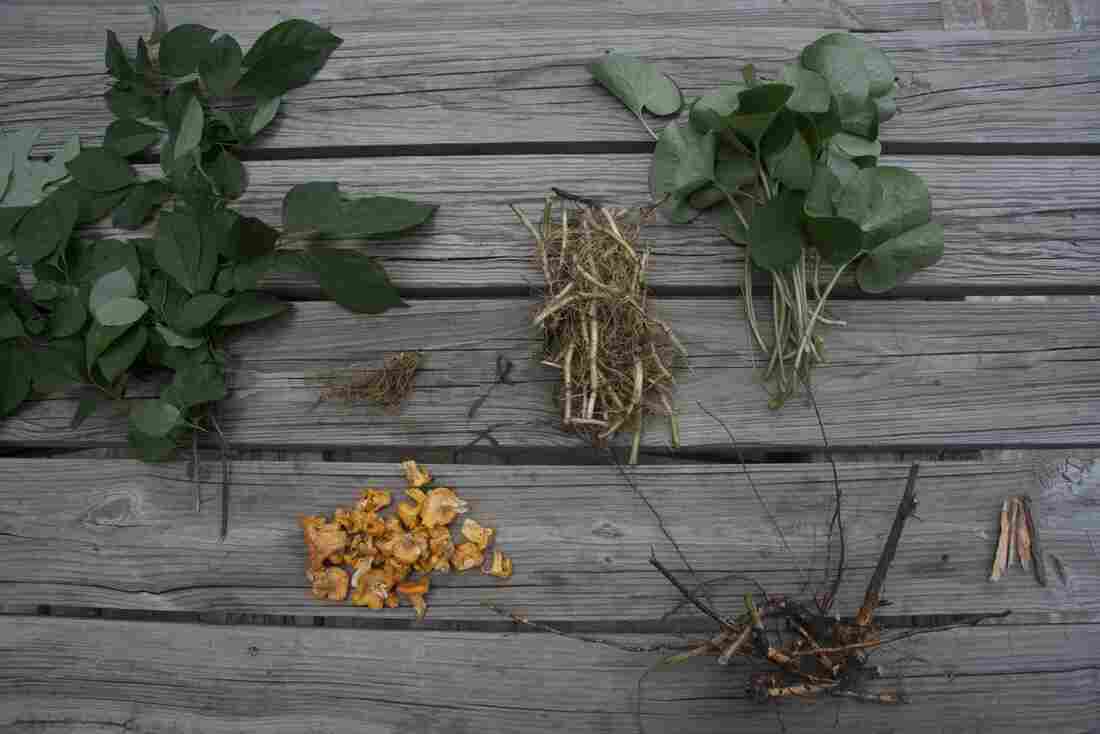 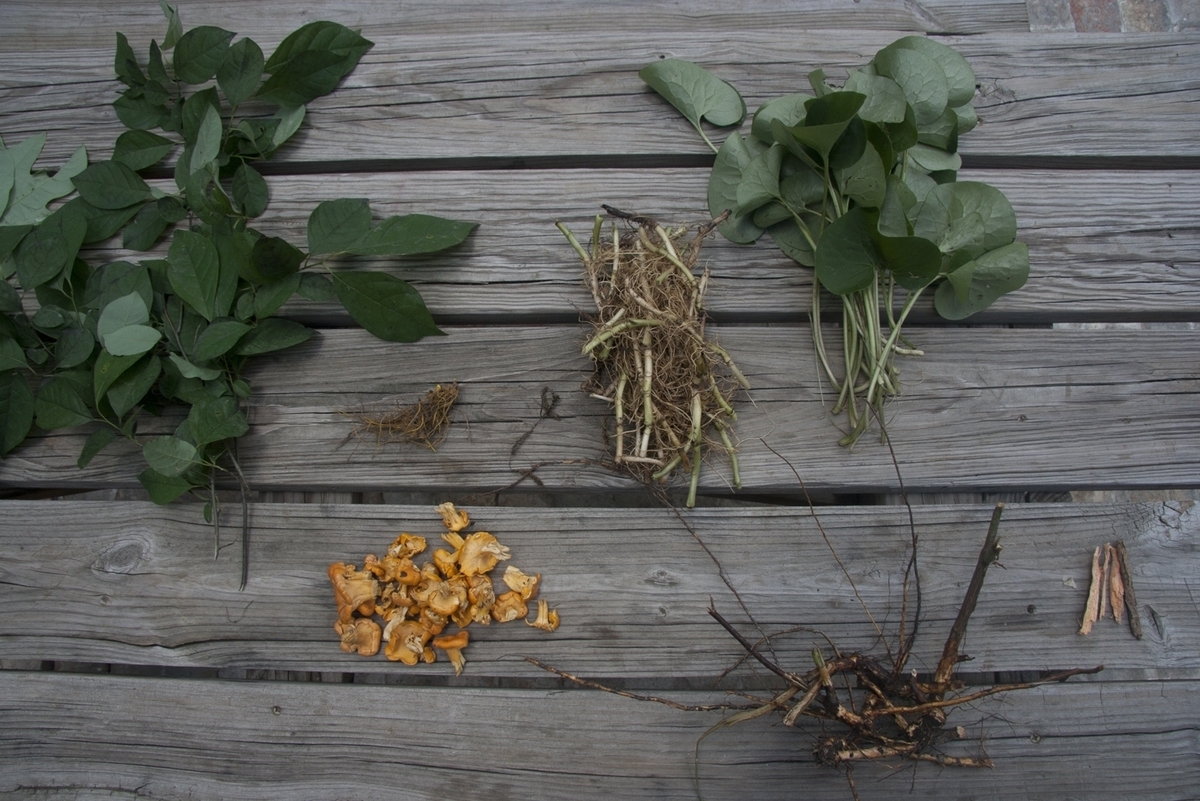 The brewers at Scratch Brewing Company add wild plants like spicebush, goldenseal, wild ginger, chanterelles and wild rose root to their beer to give it the flavor of the Illinois woods.

Last week, Aaron Kleidon went for a walk in the Illinois woods and returned with a bag of lotus seeds. The seeds were bound not for his dinner plate, but for his pint glass.

In a few months, Kleidon will have lotus-flavored beer at the small brewpub Scratch Brewing Company, which he owns with two friends in Ava, Ill. The microbrewery specializes in beers with seeds, leaves, roots, fruits and fungi foraged from a nearby wooded property. The brewers have even made a saison from chanterelle mushrooms.

Why, you may ask, would anyone want to add strange seeds and mushrooms to their beer? The answer is to create a taste of place. It's a concept long recognized by chefs and winemakers, who call it terroir, but is mostly absent from the craft of brewing.

From Weed To Whimsy: Chefs Conquer Wild Foods With Butter And Oil

This approach challenges the placelessness of mainstream brewers, who mostly use the same ingredients grown in the same places — barley from the Great Plains and hops from the Pacific Northwest.

"Beer should have a connection with the landscape," says Portland-based beer lover Eric Steen. In 2011, Steen started a program called Beers Made by Walking that invites brewers to go hiking with an eye out for trail-side plants to use in their beers. Steen's beer walks have involved such major breweries as Deschutes and New Belgium, and have resulted in oddities like a sour chokecherry beer, a sage-juniper IPA and a blonde ale brewed with stinging nettles and salmonberries.

Across the country, in backwoods and backyards, there are others searching for ingredients to flavor their beer. This summer, brewers around Washington, D.C., held a tasting event called Foraged Cask, which showcased beers made with unusual additions like mint, mulberries and lavender. And for several years, Chris Haas, head brewer at Desert Edge Brewery in Salt Lake City, has trekked into the local mountains late each summer to collect wild-growing hops.

For his candy cap beer — called Rubidus Red, after the candy cap's Latin name — Stefansky collects the mushrooms himself each fall and winter. He says that the maple syrup aroma of dried candy caps is so potent that a single cup will do for seven barrels of the beer. What's more, if a person drinks just 2 or 3 pints of Rubidus Red, he or she will begin to smell deliciously like the fungus, according to Stefansky.

Imprinting beer with the flavor and scent of the South is a focus at Fullsteam Brewery, in Durham, N.C., founder Sean Lilly Wilson tells The Salt. The brewery features both wild ingredients and those grown on local farms — like hickory-smoked barley, sweet potatoes, local corn grits, figs from neighborhood trees, pawpaw fruits and wild American persimmons.

Brewing with foraged edibles may seem like another eccentric step forward by the ever-innovating craft beer industry, but Steen at Beers Made by Walking says it is actually a step backward.

"Historically, there were all sorts of herbs with flavor and medicinal qualities used in beer," he explains. "So, this is nothing new or special. It's really quite an old tradition."