Accessibility links
How 17th Century Fraud Gave Rise To Bright Orange Cheese : The Salt Kraft says it's ditching two artificial dyes in some of its macaroni and cheese products. But why did we start coloring cheeses orange to begin with? Turn's out there's a curious history here. 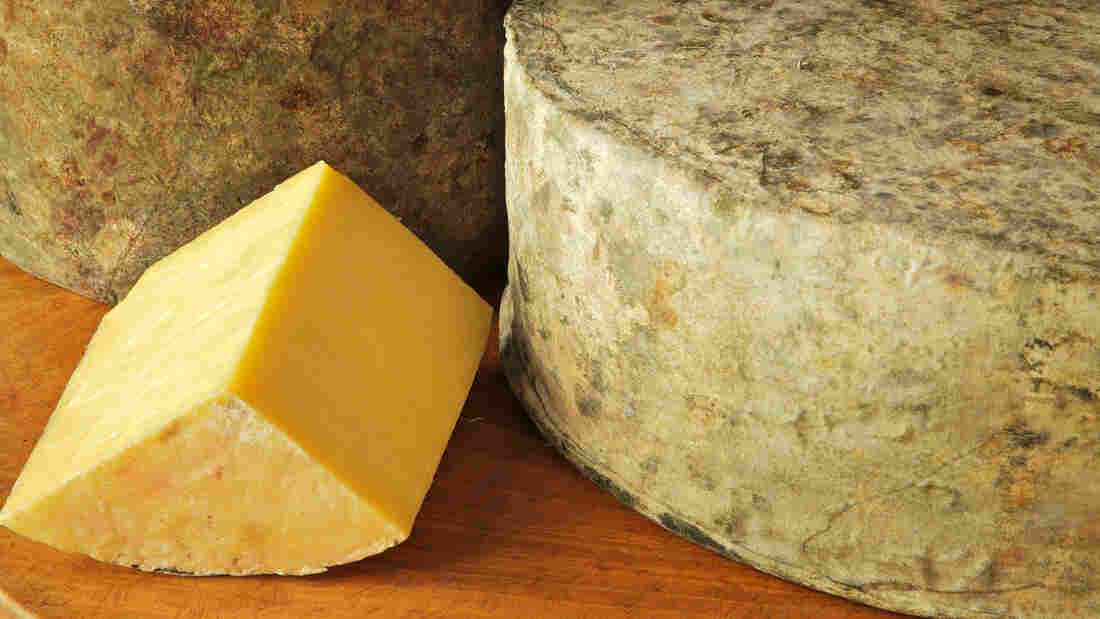 Shelburne Farms' clothbound cheddar has a bright yellow color because it's made from the milk of cows that graze on grasses high in beta-carotene. Courtesy of A. Blake Gardner hide caption 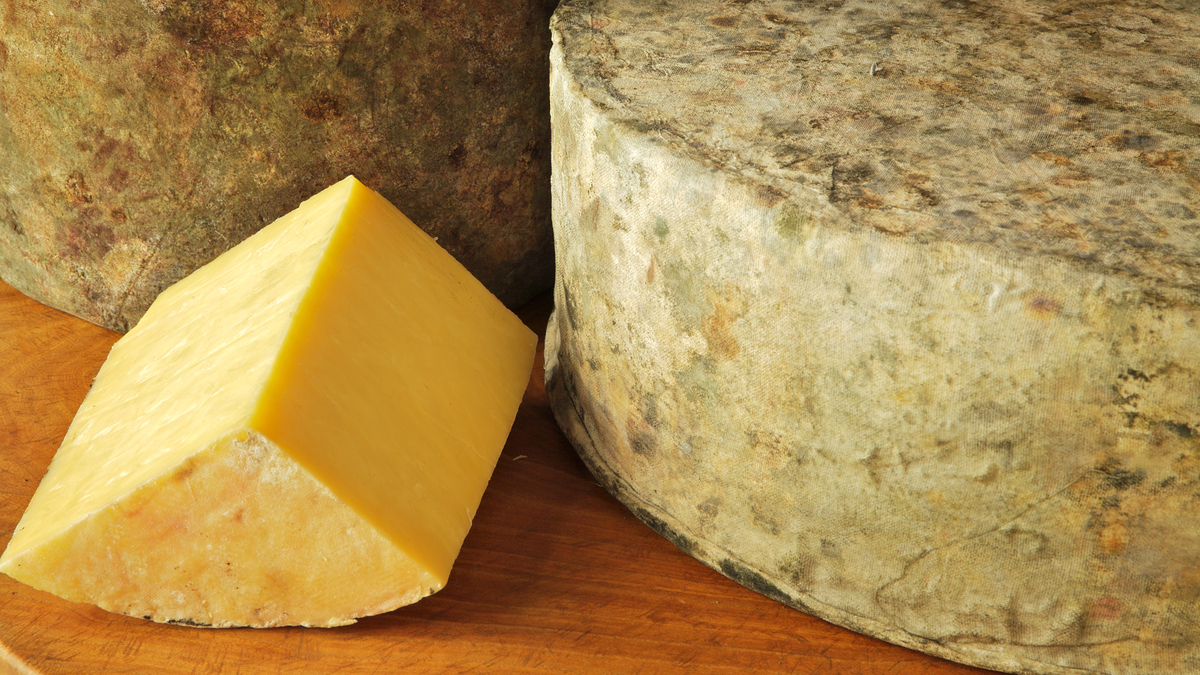 Shelburne Farms' clothbound cheddar has a bright yellow color because it's made from the milk of cows that graze on grasses high in beta-carotene.

Courtesy of A. Blake Gardner

The news from Kraft last week that the company is ditching two artificial dyes in some versions of its macaroni and cheese products left me with a question.

Why did we start coloring cheeses orange to begin with? Turns out there's a curious history here.

In theory, cheese should be whitish — similar to the color of milk, right?

Well, not really. Centuries ago in England, lots of cheeses had a natural yellowish-orange pigment. The cheese came from the milk of certain breeds of cows, such as Jersey and Guernsey. Their milk tends to be richer in color from beta-carotene in the grass they eat.

So, when the orange pigment transferred to the cow's milk, and then to the cheese, it was considered a mark of quality. 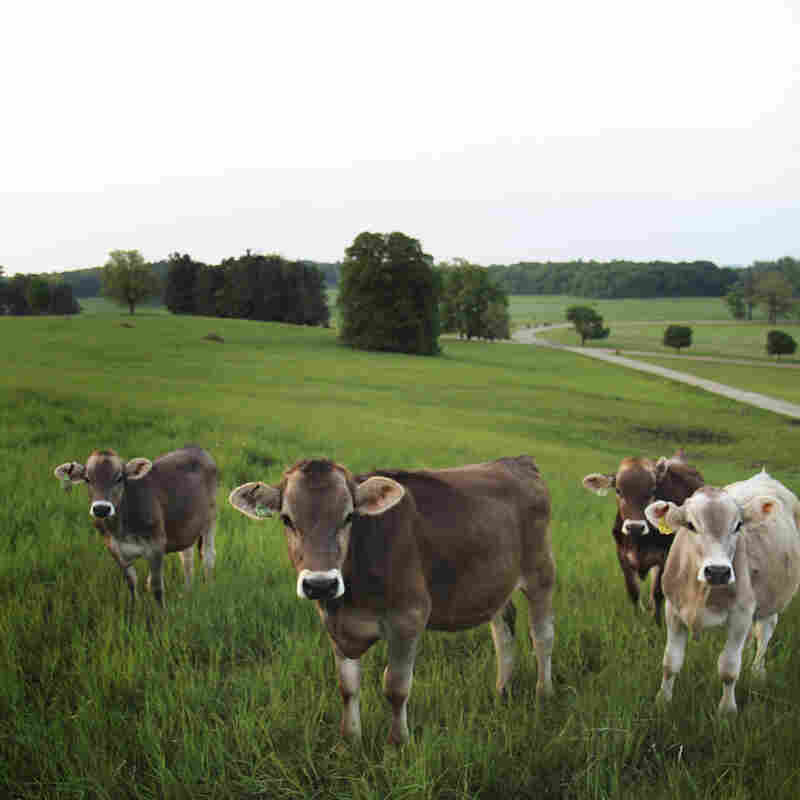 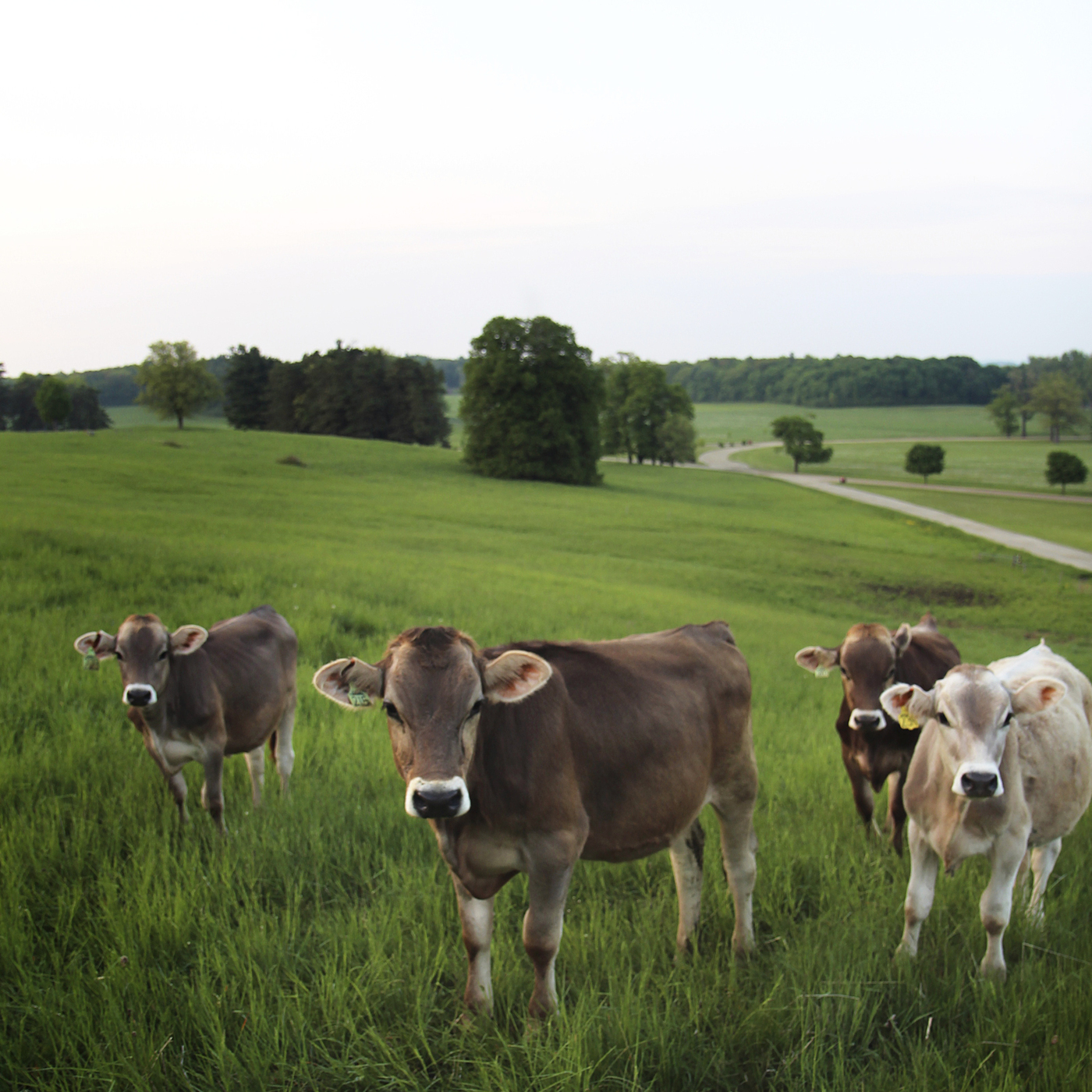 Cows on the grassy hillsides of Shelburne Farms in Vermont.

But here's where the story gets interesting.

Cheese expert Paul Kindstedt of the University of Vermont explains that back in the 17th century, many English cheesemakers realized that they could make more money if they skimmed off the cream — to sell it separately or make butter from it.

But in doing so, most of the color was lost, since the natural orange pigment is carried in the fatty cream.

So, to pass off what was left over — basically low-fat cheese made from white milk — as a high-quality product, the cheesemakers faked it.

"The cheesemakers were initially trying to trick people to mask the white color [of their cheese]," explains Kindstedt.

They began adding coloring from saffron, marigold, carrot juice and later, annatto, which comes from the seeds of a tropical plant. (It's also what Kraft will use to color its new varieties of macaroni and cheese.)

The devious cheesemakers of the 17th century used these colorings to pass their products off as the full-fat, naturally yellowish-orange cheese that Londoners had come to expect.

The tradition of coloring cheese then carried over in the U.S. Lots of cheesemakers in Indiana, Ohio, Wisconsin and New York have a long history of coloring cheddar.

The motivation was part tradition, part marketing to make their cheeses stand out. There was another reason, too: It helped cheesemakers achieve a uniform color in their cheeses.

But Kindstedt says it's not a tradition that ever caught on in New England dairy farms.

"Here in New England there was a disdain for brightly colored cheese," Kindstedt says.

And that's why to this day, we still see lots of naturally white cheddar cheese from places such as Vermont.

With the boom in the artisanal food movement, we're starting to see more cheese produced from grass-fed cows.

And as a result, we may notice the butterlike color in summer cheeses — similar to what the 17th century Londoners ate.

"We absolutely see the color changes when the cows transition onto pasture in early May," cheesemaker Nat Bacon of Shelburne Farms in Vermont wrote to us in an email. He says it's especially evident "in the whey after we cut the curd, and also in the finished cheese. Both get quite golden in color, kind of like straw, with the beta-carotenes the cows are eating in the fresh meadow grasses."