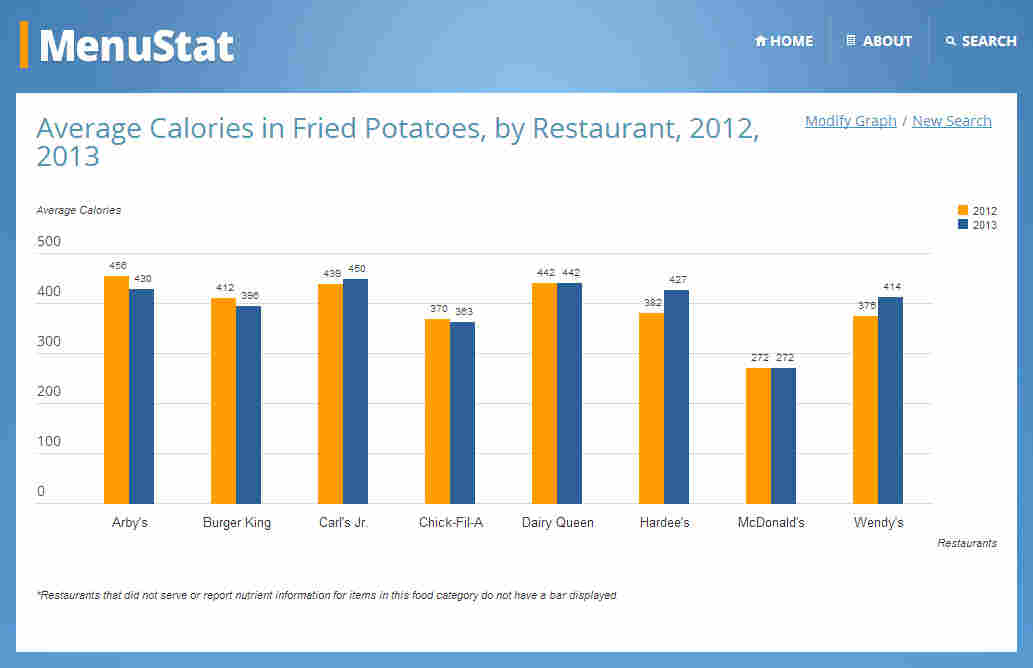 MenuStat, a new website by the New York City Department of Health, allows users to compare the calorie counts of items between restaurants, over time. Screenshot of MenuStat.org hide caption 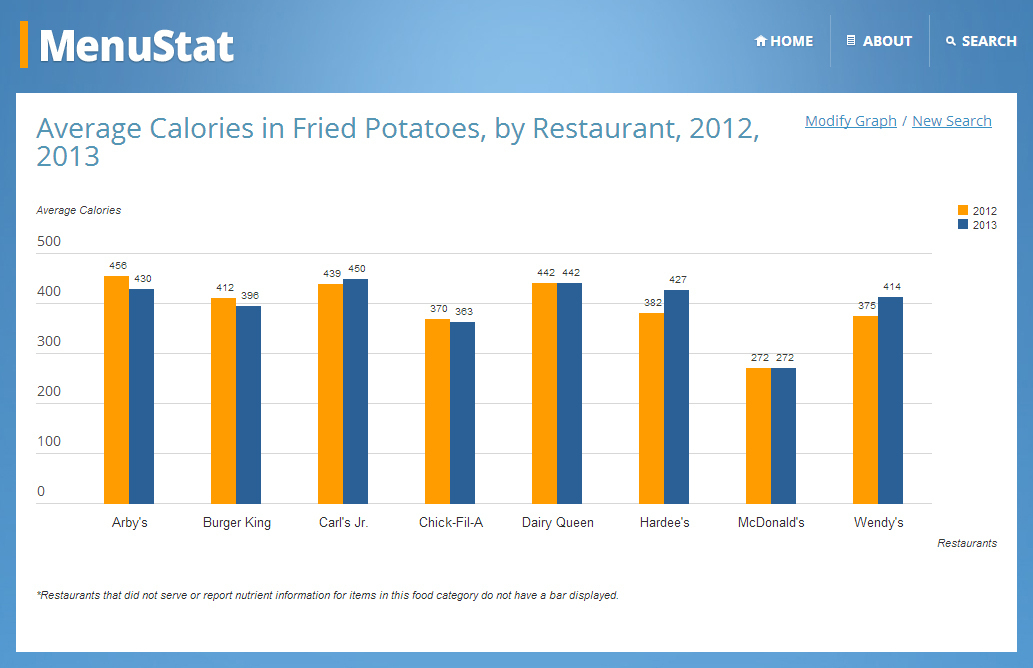 MenuStat, a new website by the New York City Department of Health, allows users to compare the calorie counts of items between restaurants, over time.

New York City became a leader in pushing restaurants to be more transparent when it required calorie counts on menus in 2006. Now the city's health department has developed a new tool for those who'd like even more detailed information about restaurant food.

MenuStat, launched Thursday, aggregates information about the calories, fat, sodium and more in over 35,000 menu items at major chain restaurants like KFC, Pizza Hut and Qdoba. It also allows users to compare items from different restaurants and see how they have changed, nutritionally, over time.

The concept isn't new. MenuStat pulls its information from data on 66 restaurant websites that's already publicly available. (Sites like Eat This Not That and MyFitnessPal already do this, too.)

But Christine Johnson, acting assistant commissioner for the department's Bureau of Chronic Disease Prevention and Tobacco Control, says the tool is unique in that it tracks how the top 100 restaurants by sales change their dishes year-to-year.

The site shows that Chili's, for example, cut calories in dozens of items between 2012 and 2013. It's hard to know, though, whether they changed the dishes or shrunk serving sizes — the site collects serving-size data for some restaurants, but not Chili's.

When Cheeseburger = Walking, Will We Eat Less?

Ultimately, the site might encourage chains like Chili's to continue making their menus healthier by subtly shaming them into following suit.

"We're always interested in how we can make the information more transparent and clear," Johnson tells The Salt.

But can sites like MenuStat really make a dent in American waistlines? A number of studies have found that posting calorie counts on menus doesn't sway consumers to choose lighter fare.

And while Johnson says the department has to trust the data provided by restaurants, the accuracy can vary wildly. Add an extra patty or some special sauce and the calories in your combo meal could quickly pile up.

And with no companion app and a poor mobile interface, it would be difficult to use the MenuStat while waiting in line to order. Johnson concedes that it may be most useful for researchers and journalists — and consumers who want to plan what to order ahead of time.

"It's more likely the consumers are going to think, 'What are my salad options?' and look at three to four options from different restaurants," before they head out the door, she says.