Accessibility links
This Is What America's School Lunches Really Look Like : The Salt The days of mystery meat are far from over in the nation's school cafeterias. That's judging by an online project assembling thousands of photos of school lunches submitted by students from across the nation. But it's not all bad news: The images also show that in some cafeterias, change has already arrived. 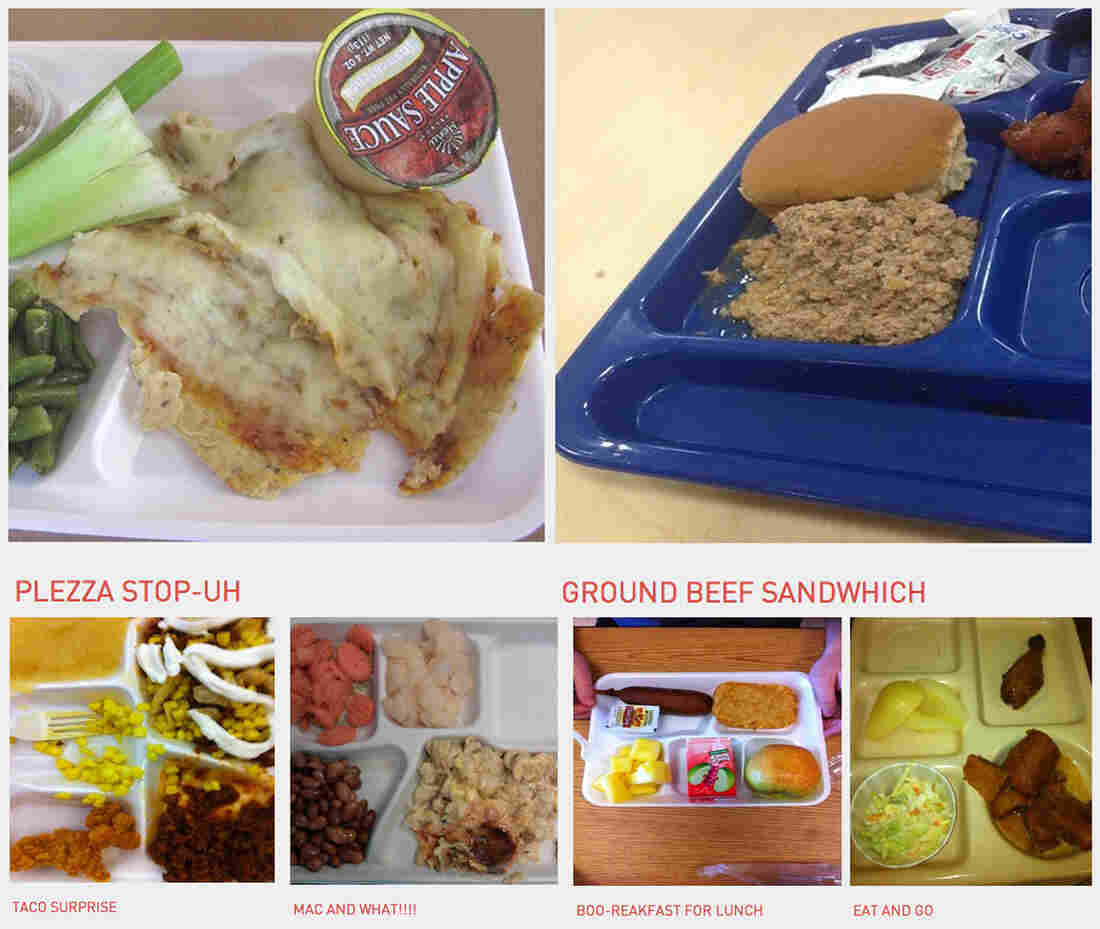 Enlarge this image
Courtesy of DoSomething.org 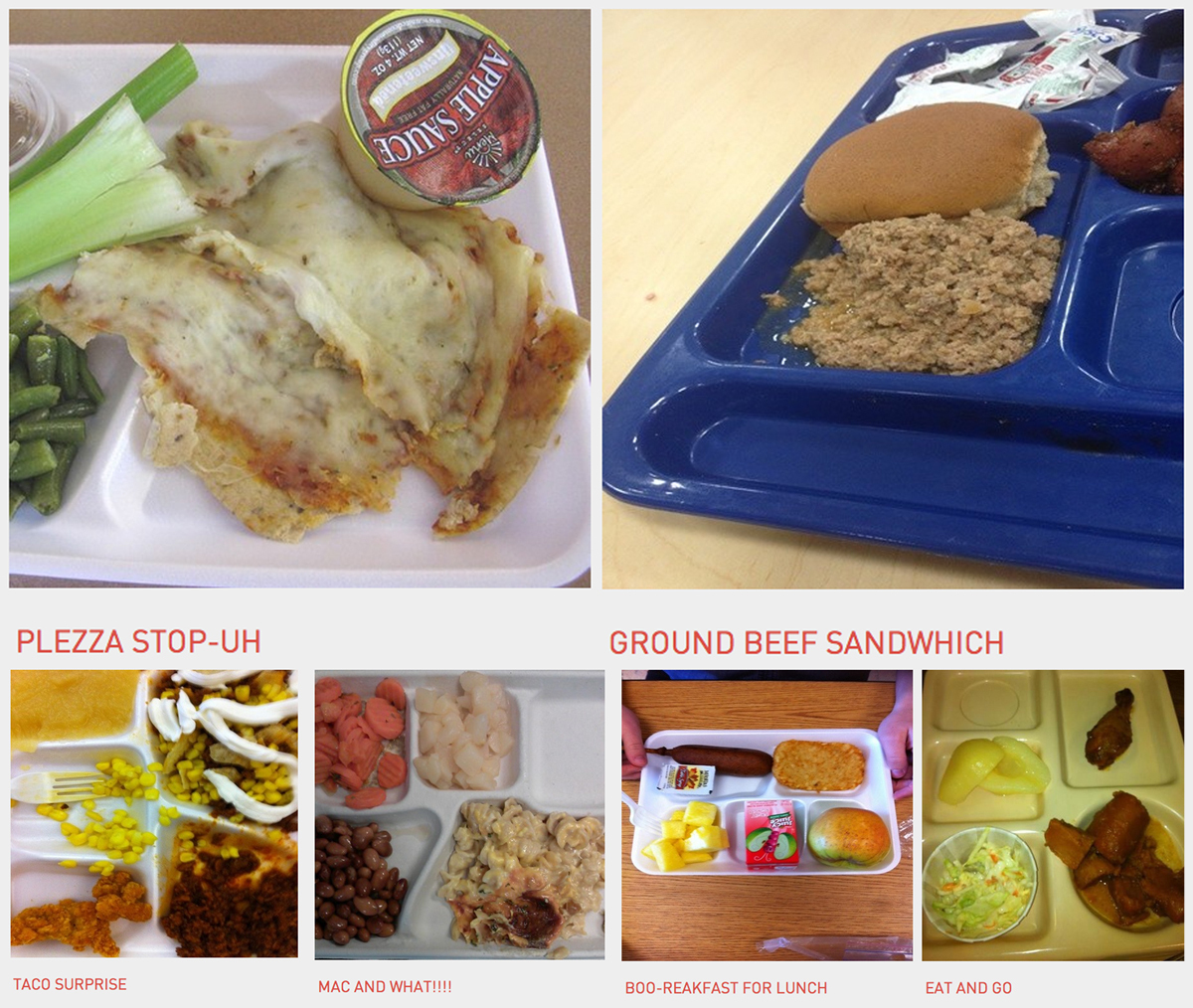 School lunch has never been the stuff of foodie dreams. I'm still haunted by the memory of my elementary school cafeteria's "brain pizza" – a lumpy oval thing topped with fleshy white strips of barely melted mozzarella that clumped together like neurons.

And it looks like America's school cafeterias are still turning out the culinary abominations, judging by the images on Fed Up, a fascinating online project showcasing school lunch photos submitted by students across the country.

The project is the brainchild of Farah Sheikh, who manages education campaigns for Do Something, a nonprofit group that helps organize young people to take action around social change. She got the idea, she said, while researching student dropout rates. Nutrition, she noticed, "has a pretty big impact on student concentration and student performance in school," she tells The Salt.

The project features more than 7,000 school lunch photos, accompanied by often witty captions — such as "objects may taste worse than they appear." Some of the meals shown are real doozies — "we've gotten a lot of mystery meat," Sheikh says. Exhibit A: this sloppy mess, allegedly ground beef.

The aim, she says, is not to horrify, but to equip "young people who are upset with what they're being served with ways to make change in their school." Participants not only get to vote on whether to eat or toss the meals pictured, they also can download a kit with advice on advocating for better school lunches in their local district.

Of course, the state of school lunch has been a focal point of the food movement for several years now. And one thing that comes through from the photos is that, in at least some school districts, change has arrived. Some of the meals submitted look not just healthful but — dare we say? — tasty.

Enlarge this image
Courtesy of dosomething.org

The transformation to more healthful school lunches hasn't been entirely smooth for school districts. As we've previously reported, revamped meals have left some kids protesting smaller portions that leave them hungry — a complaint that also pops up in some of the Fed Up images. That's one reason why, as school district officials redo lunches, students need to be part of the conversation, says Sheikh.

"We want to give decision-makers a sense of what it's like to be a student who isn't getting the energy they need from their school lunch," she says.

Indeed, while a photo may be worth a thousand words, the Fed Up project extends beyond the visual. Students who submitted images also filled out a survey with questions like: How often do you toss your lunch? How nutritious were the school lunches you've eaten over the past four weeks? And how do you feel after eating your lunch (energetic, hungry, full, sick, etc.)?

The answers, Sheikh says, will be compiled in a report summarizing the state of school lunch around the nation from students' perspective. She plans to share the findings with school districts and nutrition advocates, including Let's Move, the National School Lunch Program and the National Farm to School Network, which advised her on the project.

The Fed Up site stopped taking new submissions at the end of last week. Sheikh and her team are now in the process of analyzing the data. But one finding that's already clear, she says, is that the stereotype that teens just want to eat junk food simply doesn't hold up.