Accessibility links
Nuts For Longevity: Daily Handful Is Linked To Longer Life : The Salt Men and women who were regularly munching on peanuts or tree nuts in their 30s and 40s were significantly more likely to reach their 70s, a study found. Researchers say they aren't sure why nuts promote longevity, but they think it has to do with how they affect metabolism and satiety. 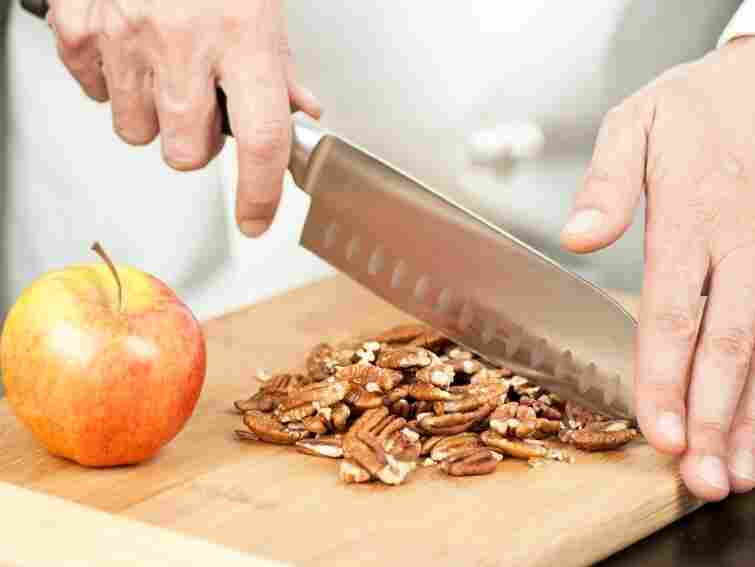 Regular nut consumers had about a 20 percent reduction in all-cause mortality, including lower death rates from heart disease and cancer, a study found. iStockphoto hide caption 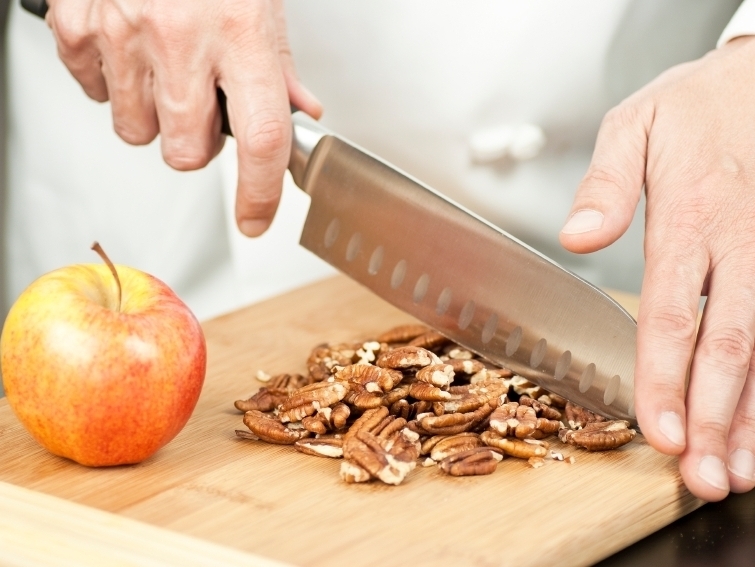 Regular nut consumers had about a 20 percent reduction in all-cause mortality, including lower death rates from heart disease and cancer, a study found.

Americans have not always been in love with nuts.

Think about it: They're loaded with calories and fat. Plus, they can be expensive.

But Americans' views — and eating habits — when it comes to nuts are changing. Fast.

Earlier this year, a large diet study concluded that people who eat a Mediterranean-style diet supplemented with daily portions of nuts and olive oil have significantly lower risks of heart attacks and strokes.

And just last month, more evidence emerged that snacking on nuts helps control our appetites, which may stave off weight gain.

Now, a new study published in the New England Journal of Medicine finds that people in the habit of eating a daily handful (a 1-ounce serving) of nuts are more likely to live longer compared with people who rarely consume nuts.

To isolate the association between nut consumption and lifespan, Fuchs and his colleagues combined data from two long-term studies that include about 76,000 women and 42,000 men.

The participants in the study completed food frequency surveys every two to four years over several decades. They answered all kinds of questions about dozens of different kinds of foods, including how many servings of nuts they consumed.

"What we find is that regular nut consumers have about a 20 percent reduction in all-cause mortality" over the course of the study, Fuchs says. This includes lower death rates from heart disease and cancer.

Now, since death is inevitable for all of us, here's another way to think about the findings: Men and women who were regularly munching on peanuts or tree nuts like almonds, pecans and walnuts in their 30s and 40s when the study began were significantly more likely to reach their 70s, compared with folks who didn't eat nuts.

So how could a daily handful of nuts possibly be so beneficial? Fuchs says it's not entirely clear.

"What we think nuts do is that they affect metabolism," he explains. Prior research has shown that nuts help us feel fuller, faster. And nuts also help control blood sugar.

Fuchs says if nuts lead to a sense of satiety and help people eat less, many of the other benefits may follow. This could "reduce the risk of diabetes and also reduce the risk of cardiovascular disease," he says.

Of course, this study does not prove a cause and effect between eating nuts and living longer. The design of this type of long-term, observational study only enables researchers to establish an association — a link.

Going forward, researchers want to try to better understand what might explain this link. They want to know more about how the combination of beneficial plant compounds and minerals — such as magnesium, fiber and protein — found in nuts may be influencing the body.

With all the good news about nuts in the news, experts who track food trends say more Americans are eating them.

"Nuts are in the perfect spot right now," says John Frank of Mintel. The market research firm estimates that sales of nuts and dried fruit in the U.S. will grow from about $7 billion in annual sales in 2012 to over $9 billion by 2017.

Nuts check a lot of boxes that young adults are looking for: They're high in protein, they're easy to grab and eat on the go, and they're a natural, plant-based food.

"I'm a vegetarian, so nuts are an important part of my diet, for added protein," shopper Emily Williams told me as she added nuts to her shopping cart at a Trader Joe's in Washington, D.C.

Many grocery stores' expanding nut aisles now include lots of variety — everything from dark-chocolate-covered almonds to spicy, Asian-flavor-infused nuts.

And Frank says millennials love the variety. Young adults aren't just snacking on nuts — increasingly, they're tossing them in salads and sprinkling them in yogurt and cereal.

One note about the NEJM study on nuts: The major part of the study was funded by the National Institutes of Health. The researchers also accepted a grant from the International Tree Nut Council Nutrition Research and Education Foundation to cover the cost of analyzing the data.

"The [nut] council approved the grant without any knowledge of the results," says Fuchs. And there was an agreement that the researchers would have reported the findings no matter what the results showed.