Accessibility links
Why $7-Per-Gallon Milk Looms Once Again : The Salt House and Senate negotiators are meeting to reconcile their two different versions of a new farm bill. If they don't reach agreement, the nation faces going over "the dairy cliff" – a reversion to 1949 farm policy that would cause a big spike in milk prices. 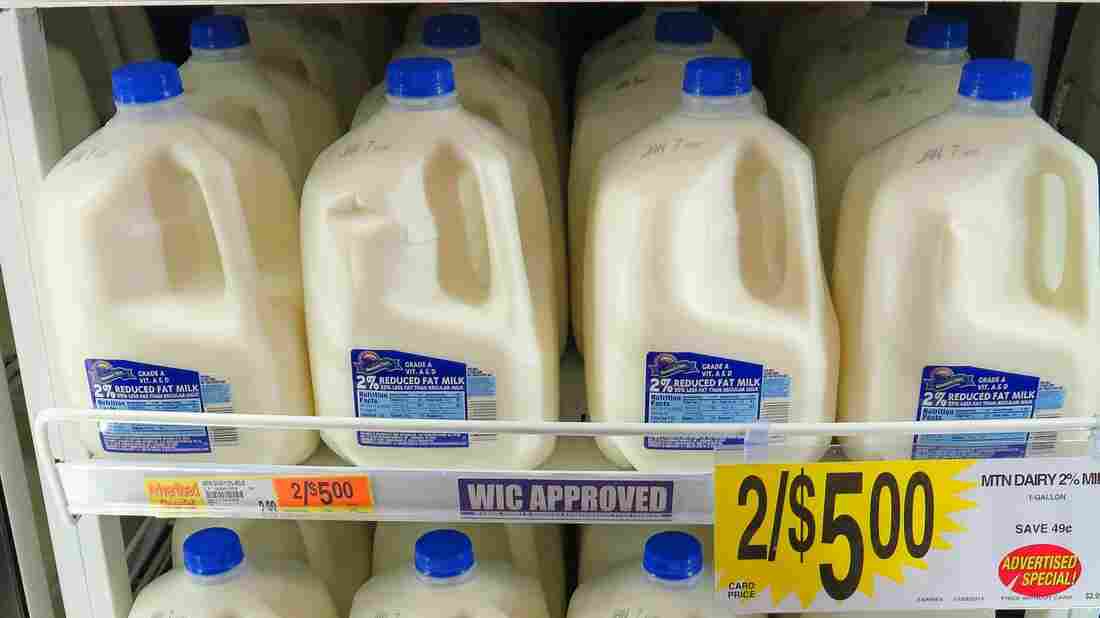 Sticker shock in the dairy aisle? If the government fails to pass the farm bill, milk prices could spike sometime after the first of the year. George Frey/Landov hide caption 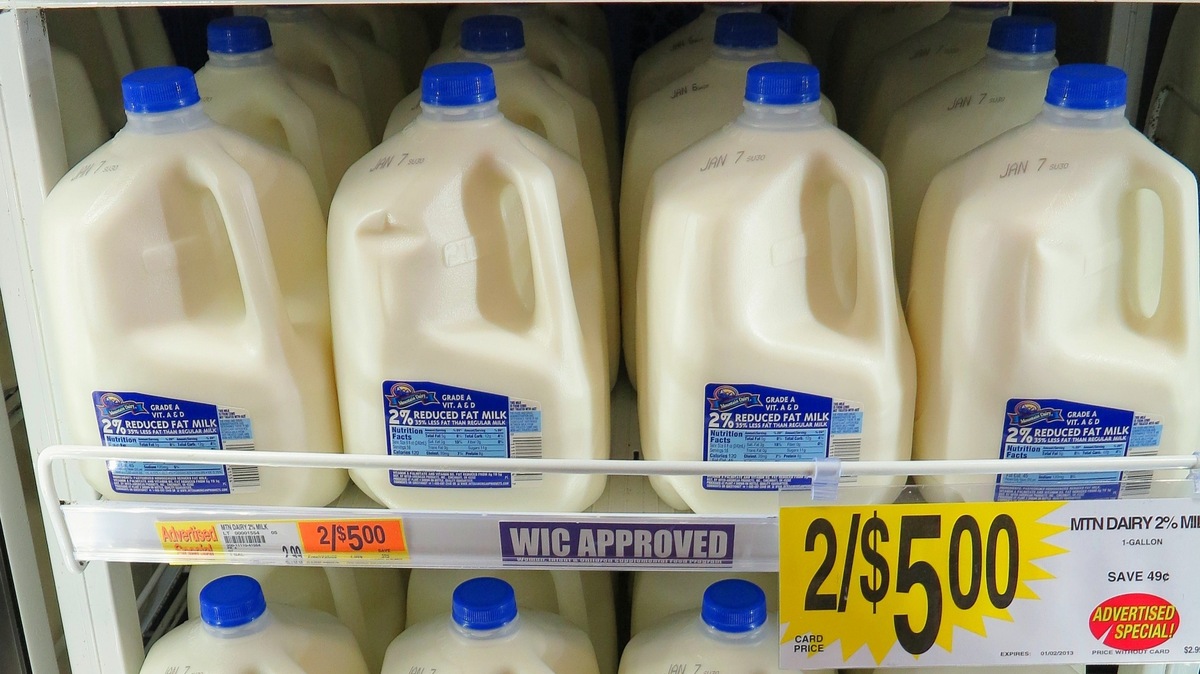 Sticker shock in the dairy aisle? If the government fails to pass the farm bill, milk prices could spike sometime after the first of the year.

The leaders of the House and Senate agriculture committees are meeting Wednesday as they continue to try to work out the differences between their respective farm bills. If they fail, the country faces what's being called the "dairy cliff" — with milk prices potentially shooting up to about $7 a gallon sometime after the first of the year.

Here's why: The nation's farm policy would be legally required to revert back to what's called permanent law. In the case of dairy, that would be the 1949 farm bill.

And if House and Senate negotiators fail to reconcile their farm bills, U.S. Agriculture Secretary Tom Vilsack warns, "I'm going to be put in a position where I have to invoke and implement permanent law. And I will do my job because that's what I swore an oath to do."

The problem is that back in 1949, the dairy industry was much smaller and less efficient than the one that exists today, so it received bigger price supports from the federal government. And if U.S. policy reverted to the old law, the government would be forced to go into the marketplace and buy milk, butter and cheese at about double the going rate.

Vilsack says this would distort the market: "So you, as a [milk] producer, would have a choice of selling it to your normal purchaser at $18 or $19 a hundred weight or to USDA at $38 a hundred weight. What do you think producers will do?"

Of course the producers would sell to the government. And that, says Jim Dunn, a professor of agricultural economics at Penn State University, "would be terrible."

And for the rest of us, he says, there would be sticker shock in the dairy aisle.

Vilsack says there would be supply issues, too, because the federal government would own the commodities, but there would be shortages in the grocery store. Which is how Americans would quickly end up facing milk at $7 a gallon --"If you can find it," notes Vilsack. "And that is why it is ludicrous for Congress not to get a farm bill done."

Milk would only be the first commodity affected. Without a farm bill, other commodity prices would spike as the year went on, affecting every family in America. Farm policy, often obscure for most consumers, would get personal fast. If this all sounds like illogical and terrible policy — well, that's the point, says Vilsack.

"It's a great lever to compel action," he says of the invocation of permanent law that hovers over every farm bill. "In most cases, it's the reason why we've had fairly routine extensions of the farm bill for the past 50 years."

Rep. Mike Conaway, a Republican from Texas and a member of the farm bill conference committee, agrees with Vilsack's assessment.

"It's applying pressure to me," he notes."That's the whole advantage of having permanent law that's as bad as it is: to try to get folks to create the new law that we need for the next five years."

Now, if all this talk about a dairy cliff sounds familiar, that's because it is: Last year, lawmakers narrowly avoided triggering those 1949 price supports by tucking a temporary extension of the 2008 farm bill into last-minute legislation that avoided the fiscal cliff.

This year, efforts to pass a new five-year farm bill have fallen into some of the same philosophical fights about the role of government that have gummed up the budget process on Capitol Hill — and just about everything else.