Accessibility links
'In Meat We Trust' Argues We Got The Meat Industry We Asked For : The Salt Historian Maureen Ogle's new book examines the rise of our modern industrial meat system by examining its roots — all the way back to Colonial America. There's a fundamental disconnect, she argues, in our demands for both cheap, plentiful meat and an end to factory farms. Something, she says, has to give. 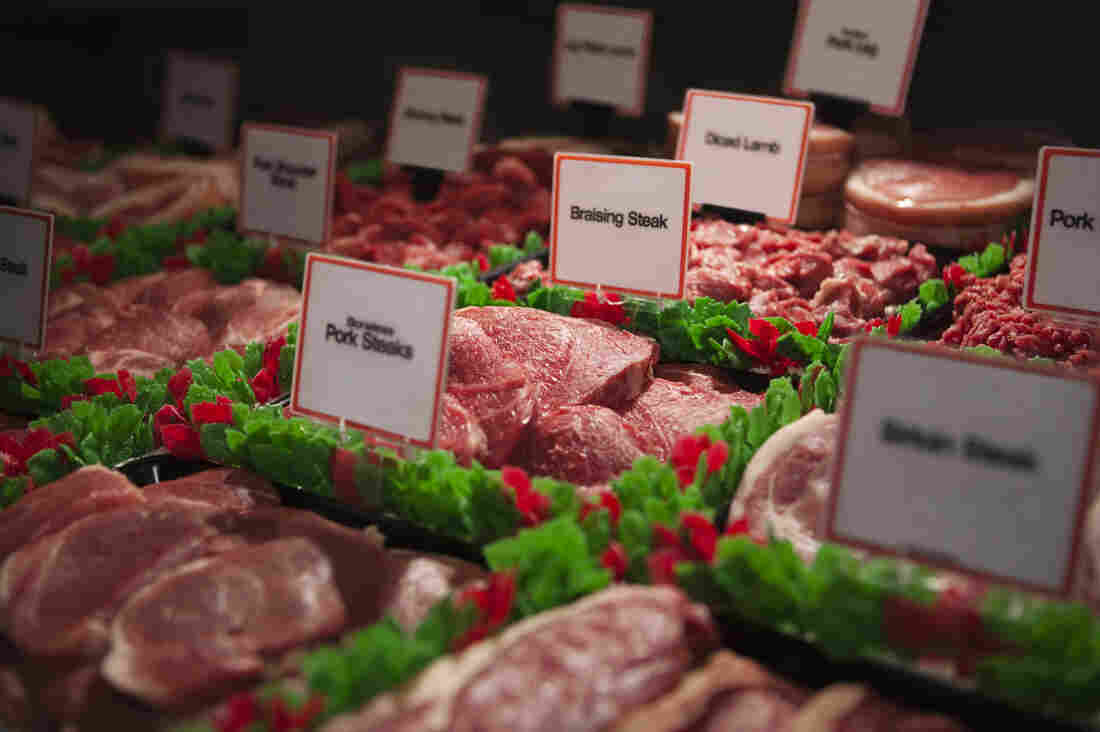 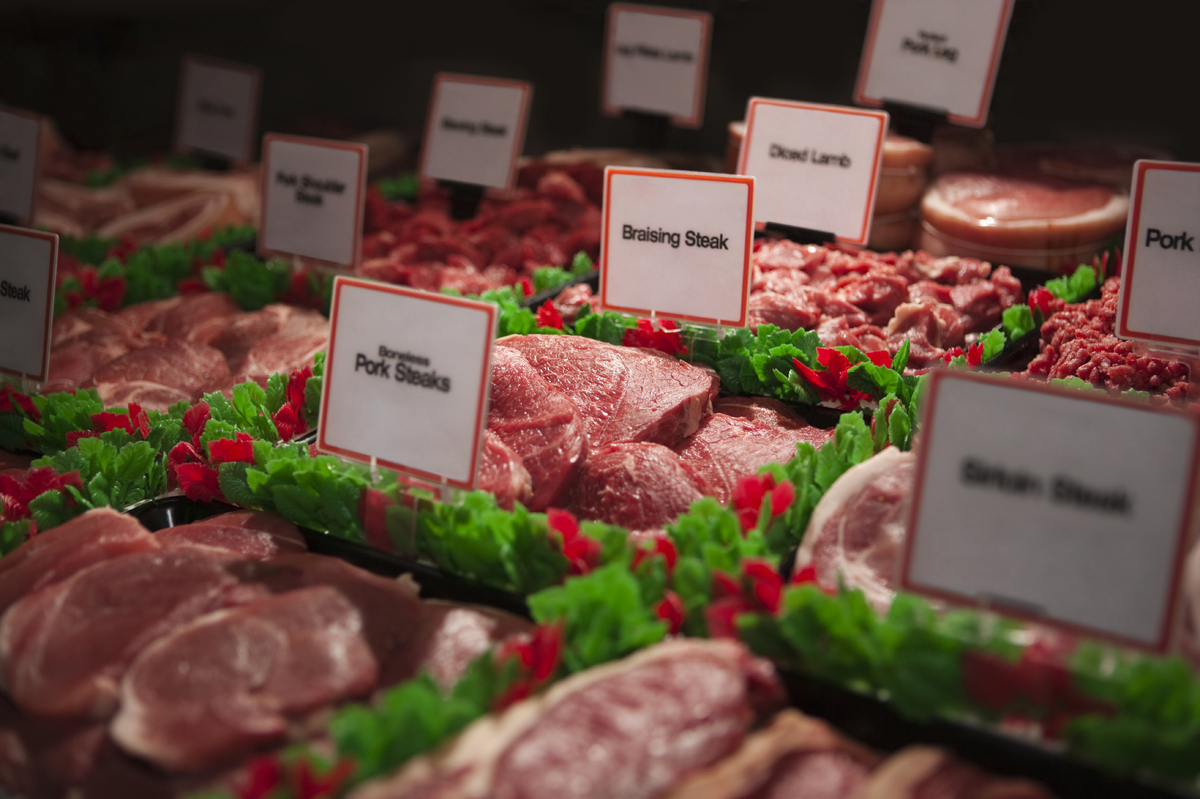 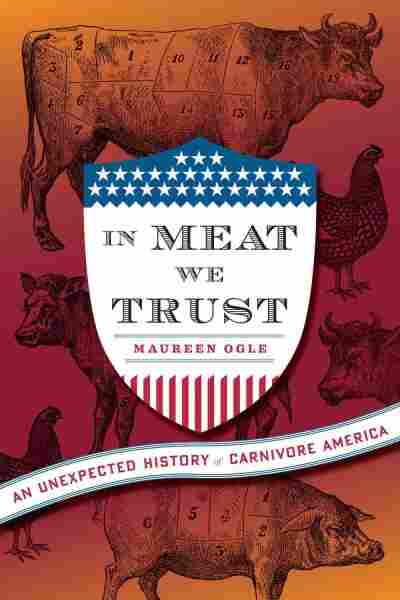 In Meat We Trust

An Unexpected History of Carnivore America

The meat on your dinner table probably didn't come from a happy little cow that lived a wondrous life out on rolling green hills. It probably also wasn't produced by a robot animal killer hired by an evil cabal of monocle-wearing industrialists.

Truth is, the meat industry is complicated, and it's impossible to understand without a whole lot of context. That's where Maureen Ogle comes in. She's a historian and the author of In Meat We Trust: An Unexpected History of Carnivore America.

Ogle's book examines the pipeline that meat takes today from field to table by trying to understand its roots. She starts all the way back in Colonial America, when settlers found so much available land that they were able to raise livestock they could never have afforded in Europe. Meat, Ogle writes, became a status symbol in early America.

Much has been made of the ugly details of the modern meat industry, from Upton Sinclair's The Jungle to Michael Pollan's Omnivore's Dilemma to various exposes and articles on slaughterhouses. The industry's roots, though, stretch back more than a century, when Americans left their farms for the big cities, leaving a vast urban population with a cash income and a hankering for meat.

"As more people moved to cities, the gap between the amount of livestock and meat that could be produced constantly lagged the demand on the part of consumers," Ogle told me in a recent interview.

Ogle ties the rise of gigantic meat companies and industrial meatpacking facilities not to post-World War II subsidies and corporate takeovers, but to the rise of cities. Those urbanites wanted meat — and they wanted it cheap.

"As a result, farmers, and urban voters, and the USDA and politicians all agreed that farming in the United States needed to be much more efficient and needed to run more like a factory than what many people think a farm should be like," Ogle says. All "in order to reduce farmers' production costs and, therefore, keep the cost of food down."

The demand for vast quantities of meat at cheap prices led to meat producers pushing for efficiency and squeezing every bit of profit from every animal. That meant the rise of giant feedlots fattening animals on corn feed, and huge meatpackers processing animals at factory speed and scale. The industrial meat system, Ogle argues, is a supply and demand problem.

"As long as the demand is there, we're going to continue to have these very large industrial systems, because that's the only way to satisfy demand," Ogle says. "You're not going to satisfy demand with small farmers."

It's that kind of thinking that has opened Ogle up to frequent criticism on social media since the book was published on Nov. 12. In the introduction to the book, Ogle writes, "The battles over production and consumption of meat are nearly as ferocious as those over gays, gun control and marriage." Now, Ogle is in the middle of vicious debates on the efficacy of the way meat is raised and processed. (Check the comments under recent interviews with WNYC's The Takeaway and Salon.)

Ogle has been accused of being a shill for big industry and of being anti-small farmer. But the book doesn't shy away from the realities of the modern meatpacking industry and presents it in realistic detail. Ogle says she doesn't want to pick a side, but merely present a nuanced look at an important issue that has been turned into political sound bites.

Ultimately, Ogle finds there is a fundamental disconnect in the way many of us view meat. We want it; we want it cheaply; we want it made in a place where we don't have to deal with the sights and sounds of slaughtering animals; and we don't want it to come from factory farms. Something, Ogle says, has to give.

Read an excerpt of In Meat We Trust