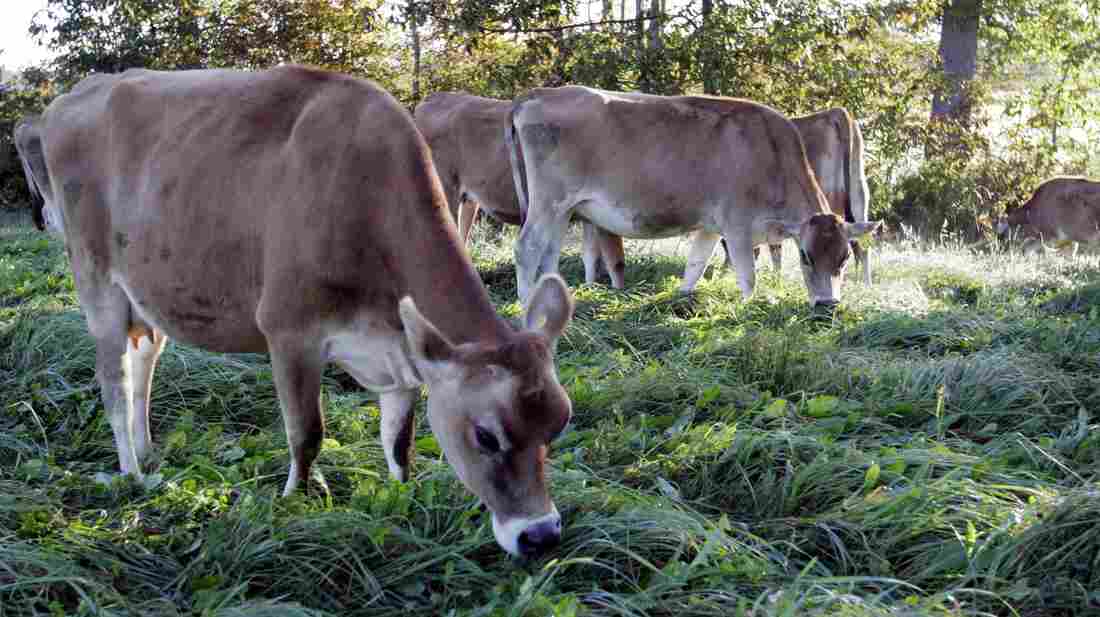 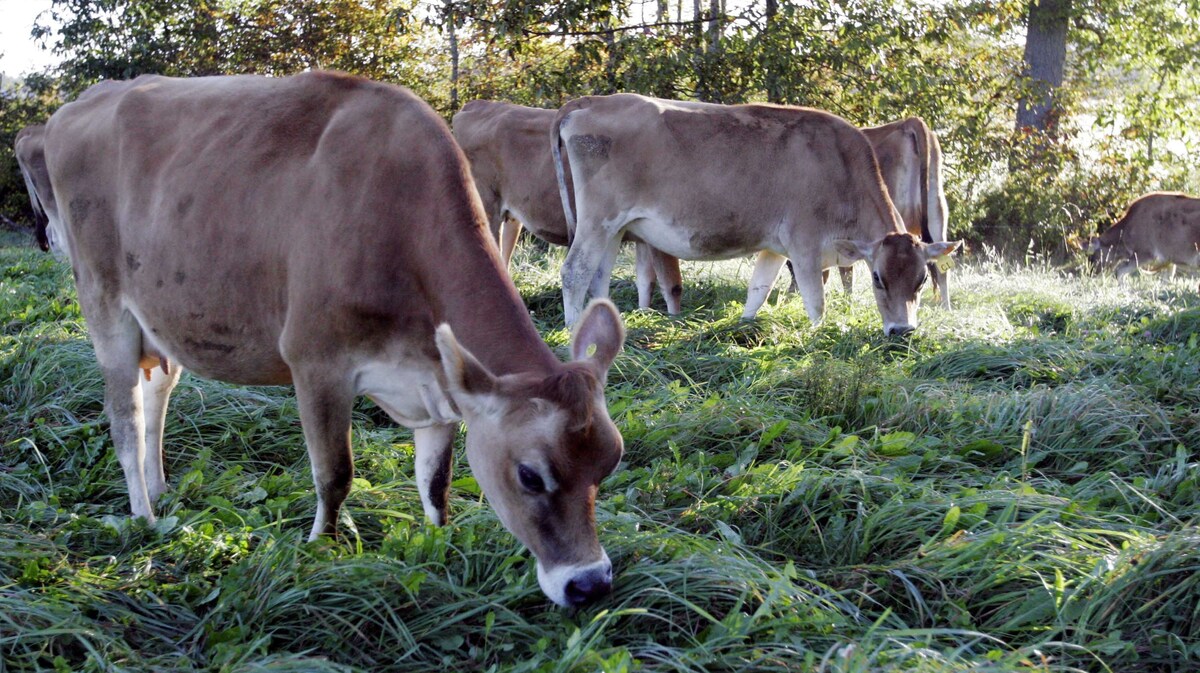 For years, organic producers have claimed their milk is nutritionally superior to regular milk. Specifically, they say that because their cows spend a lot more time out on pasture, munching on grasses and legumes rich in omega-3 fatty acids, the animals' milk is higher in these healthy fats, which are linked to a reduced risk of heart disease.

But the evidence for this has been scant, except for some small studies from Europe.

"We were surprised by the magnitude of the differences," lead author Charles Benbrook of Washington State University tells The Salt.

Benbrook and his colleague analyzed about 400 samples of organic and conventional milk over a period of about a year and a half. The samples were taken at processing facilities around the country.

The findings, published in the journal PLoS ONE, come at a time when we're being told to consume more omega-3 fatty acids. Most people hear this advice and think of fatty fish — which is, of course, an excellent source of the omega-3s DHA and EPA.

What's less well known is that plant-based foods, such as leafy greens and nuts, are rich in another omega-3 called ALA. Now, it's becoming clearer that organic milk is a good source of that, too.

Benbrook says that consuming ALA-rich milk is also a good way to change the ratio of omega-3 and omega-6 fatty acids in your diet. According to the National Institutes of Health, the consensus is that, for good health, we need to be eating more omega-3s and less omega-6s.

Omega-6s are found in corn and sunflower oil, and in foods fried in these oils. While some experts don't see a problem with omega-6s, many say that the typical American diet already contains too many. And averaged over 12 months, the study found, organic milk contained 25 percent less omega-6 fatty acids than conventional milk.

So, here's the rub: if you want all of the omega-3s found in organic milk, are you better off drinking whole milk rather than skim?

Yes. That's because skimming off the fat also reduces the omega-3 content. For example, if you choose 1 percent milk, it has about one-third the fat of whole milk. So you're left with a much lower level of omega-3s. Of course, you're also fewer calories, so it might be a hard choice for people who are watching their weight. If they choose whole milk, they may have to trim calories elsewhere.

And there seems to be a movement towards consuming whole milk. Sales of whole, organic milk are up 10 percent this year, making it the fastest-growing category of milk, according to a spokeswoman from Organic Valley. Skim sales, meanwhile, are down 7.0 percent, she says.

As I reported earlier this year, some studies have linked fattier milk to slimmer kids, despite the fact that pediatricians routinely recommend switching kids to low-fat dairy at the age of 2 to reduce their consumption of saturated fats. These fats, which are more abundant in whole milk than in reduced fat milk, are linked to a higher risk of cardiovascular disease.

As falling sales figures show, lots of Americans have simply taken milk out of their diets — due to lactose intolerance or other reasons. Some have replaced dairy milk with alternatives such as almond milk, which many doctors say is fine, since there are plenty of other sources of calcium.

But for people who are still milk drinkers, this study suggests that yes, there is a benefit in choosing organic in terms of boosting omega-3 intake.

One thing to note: Dairy farmers of the Cooperative Regions of Organic Producer Pools, a group which markets through the Organic Valley brand, helped fund the study. But the groups had no role in its design or analysis. The analysis was funded by the Measure to Manage program at the Center for Sustaining Agriculture and Natural Resources at Washington State University.