Accessibility links
Social Supermarkets A 'Win-Win-Win' For Europe's Poor : The Salt Part discount grocer, part social service agency, the supermarkets limit membership to those who can prove they receive some form of welfare benefits. These stores, which are flourishing in Europe, sell food that's been rejected by grocers but is still perfectly edible and would otherwise end up in landfills. 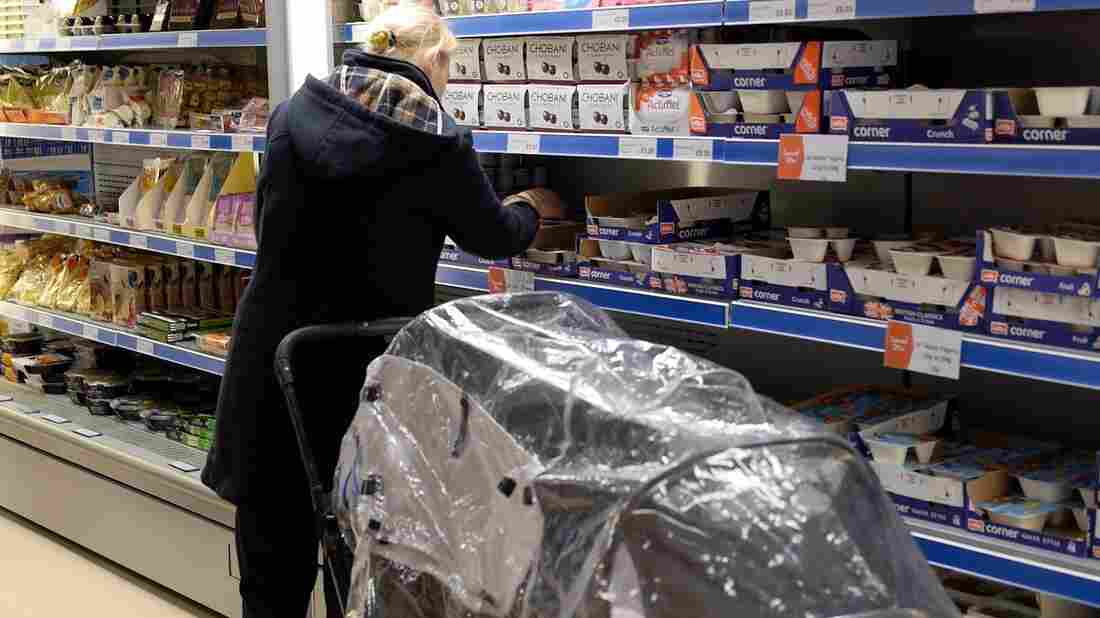 A customer scans the shelves at Community Shop, the U.K.'s first "social supermarket." The discount grocery stores are growing in popularity across Europe and are open exclusively to those in need. Courtesy of Community Shop hide caption 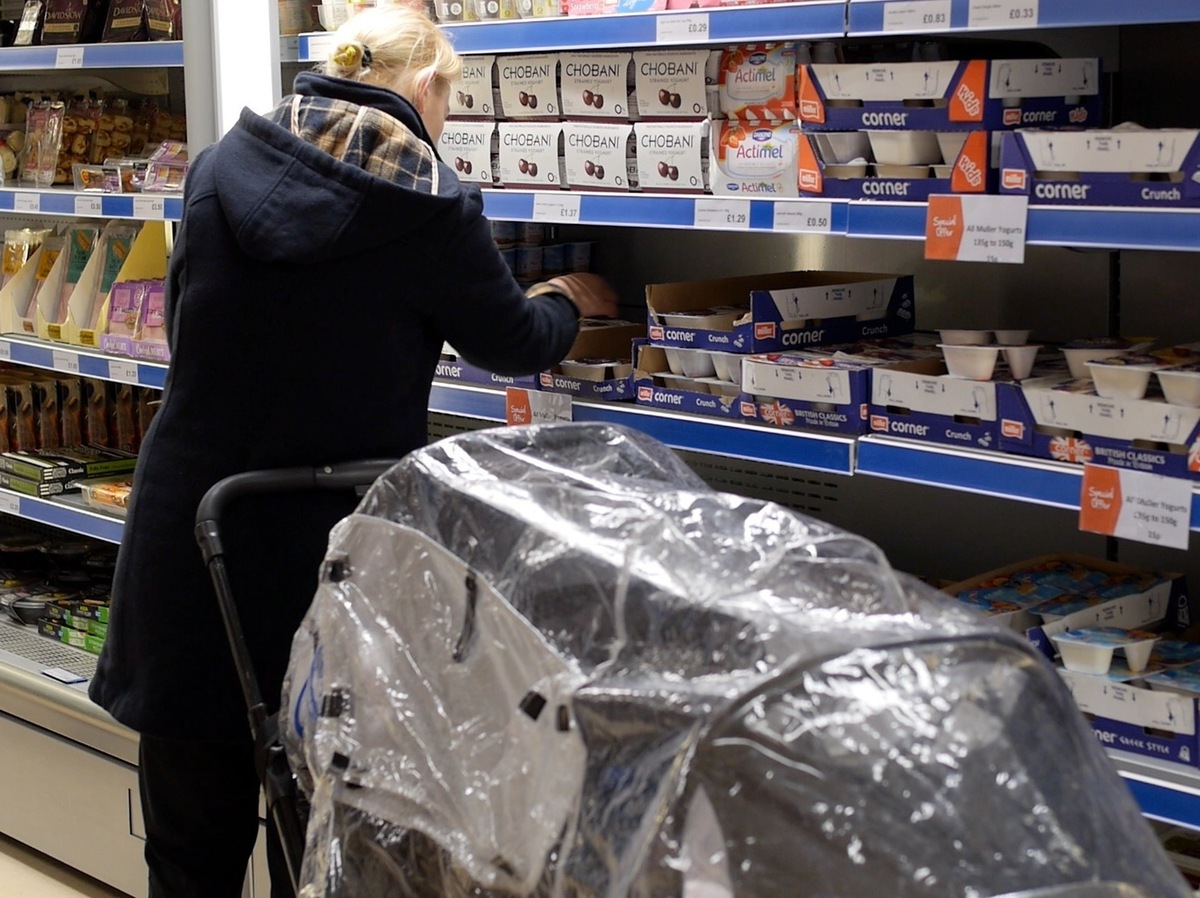 A customer scans the shelves at Community Shop, the U.K.'s first "social supermarket." The discount grocery stores are growing in popularity across Europe and are open exclusively to those in need.

Somewhere between a food pantry and a traditional grocery store lies an opportunity to help feed those in need.

Enter "social supermarkets," a European model that offers discounted food exclusively to those in poverty. The stores have grown in popularity across the continent, and this week, the U.K. opened its first. Dubbed Community Shop, the store is located in an impoverished former mining town in South Yorkshire.

Part discount grocer, part social service agency, the supermarkets are for members only. Membership is free, but it is limited to those who can prove they receive some form of welfare benefits. Members can save up to 70 percent on food that has been rejected by grocers because it might be mislabeled, have damaged packaging or be nearing an expiration date. That food is still edible, though, so instead of getting thrown away, it's donated with a waiver of liability.

Christina Holweg is a professor who studies social supermarkets at the Vienna University of Economics and Business in Austria. Unlike food pantries, she says, the stores are designed for people who might have their own house and a job, but are still struggling to make ends meet.

She calls the stores a "win-win-win" for everyone involved: manufacturers and retailers, customers, and the nonprofits that typically run the social supermarkets. The environment also benefits, since less food ends up in landfills.

"I've never seen any disadvantage if it's implemented the proper way," she says. "It also helps society to reduce its welfare costs."

The social supermarket model has flourished in Europe since the 2008 economic downturn. Holweg says there are now about 1,000 stores spread across the continent, including France, Austria, Belgium, Luxembourg, Romania and Switzerland. Though it may seem counterintuitive, Holweg thinks a key reason the model works so well is that the stores don't give away food. Customers have a choice while shopping, even if the prices are symbolic.

"They are still treated as a customer. They can even return or exchange a product if it's not good," she says. "And this, to me, makes a major difference."

In addition to cutting down their grocery bills, customers can take classes on cooking, budgeting, resume writing and more. Stores periodically review memberships, and Holweg says the goal is to help get customers out of poverty and on their way back to shopping at traditional grocery stores.

The social supermarkets themselves are not designed to be one-stop shopping in the first place: Because of how they stock their shelves, selection could differ widely from one visit to another. For example, oil, butter and flour can be hard to come by.

The U.K. store — Community Shop — is a subsidiary of the British Company Shop, a commercial firm that redistributes surplus food and goods, and will be stocked with donations from major retailers and manufacturers. Sarah Dunwell, Company Shop's director of environment and social affairs, says the stores are a way to be kind to both people and the environment.

"Industry surplus is hard to avoid, but what Community Shop shows is that if we all work together, we can make sure that surplus food delivers lasting social good," Dunwell said in a statement.

If the location in South Yorkshire proves successful, Company Shop hopes to replicate the social supermarket model in London and other cities next year. And with 4 million people without enough food in the U.K., there may be plenty of opportunity.