Accessibility links
In Florida, A Turf War Blooms Over Front-Yard Vegetable Gardening : The Salt A woman in Miami Shores, Fla., is suing her town after it forced her to remove vegetables from the garden in her front yard, which she had tended for 17 years. She's being backed by a a national public interest law firm, but the town says it's a long-standing zoning ordinance that won't be overturned. 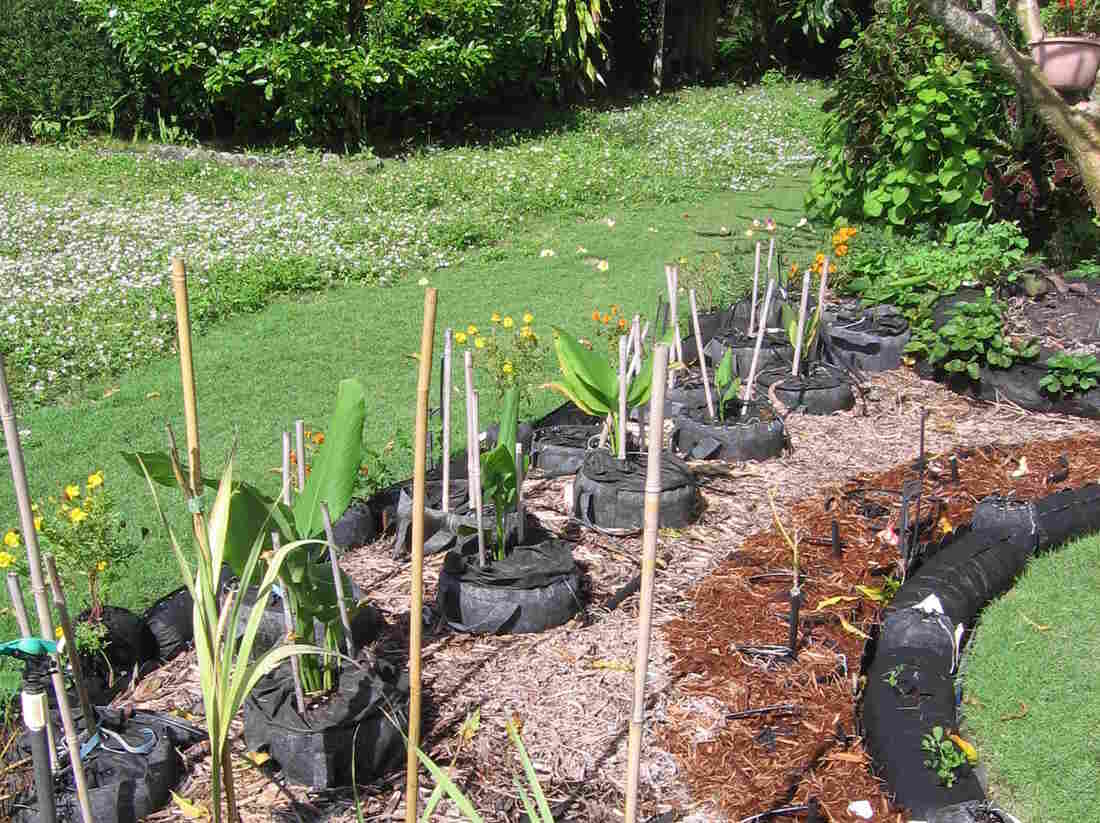 This year, Hermine Ricketts' front-yard garden was filled with plants and fruits — but no vegetables. She's suing to change that. Greg Allen/NPR hide caption 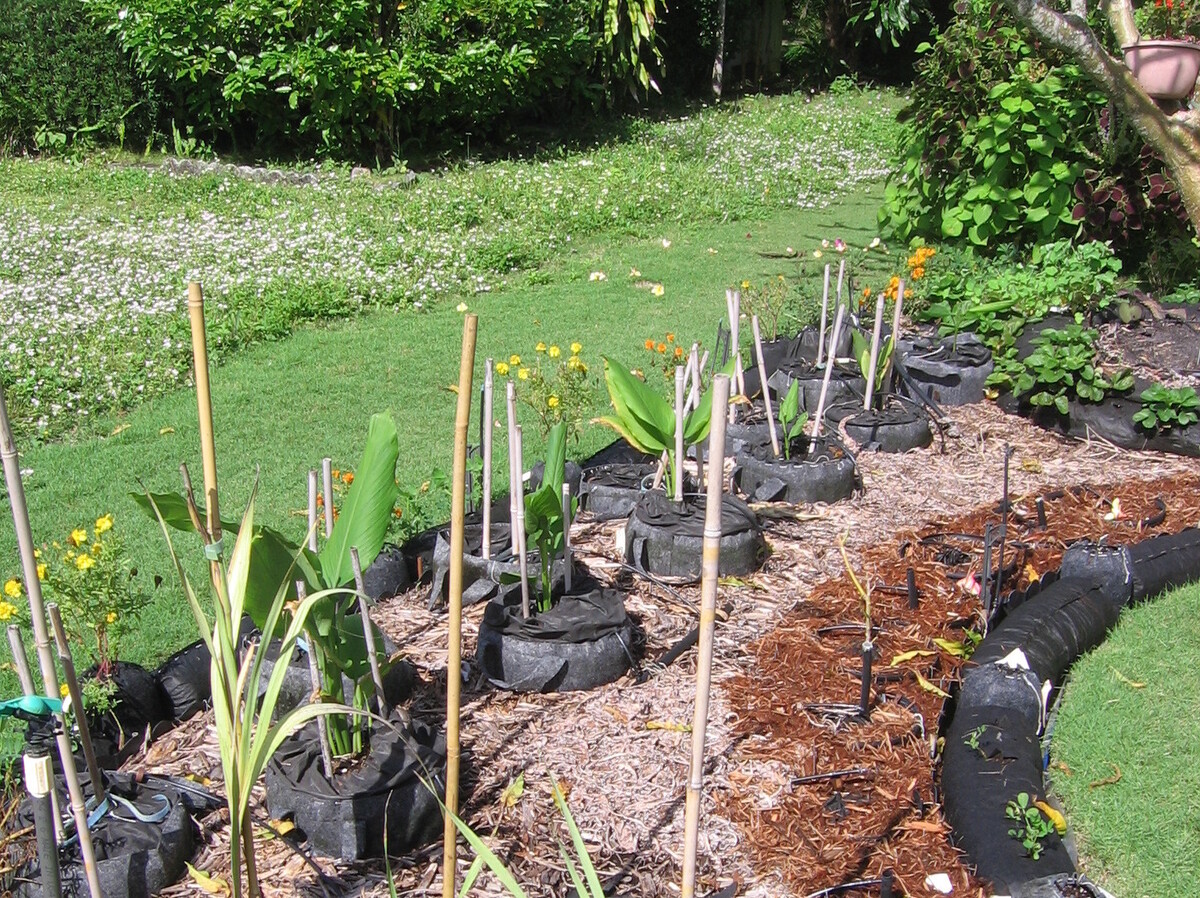 This year, Hermine Ricketts' front-yard garden was filled with plants and fruits — but no vegetables. She's suing to change that.

In tropical South Florida, it's growing season. Temperatures are in the 80s, there's lots of sun and good rain, and normally, Hermine Ricketts' plants would already be in the ground.

But this year, Ricketts' vegetable planting has been derailed by a legal fight over what she can plant and where she can plant it.

Her garden is in the front yard of her home in Miami Shores, because that's where the sun is — her house faces south and her backyard is mostly in the shade. A retired architect, originally from Jamaica, Ricketts says she gardens for the food and for the peace it brings her.

"This is a peach tree that I put in, and around it, I had kale, and in between the kales, I had some Chinese cabbage," she says. "And I also had Swiss chard, yellow Swiss chard."

There are lots of things planted in Ricketts' front yard: a pomegranate tree, a blueberry bush, papaya, strawberries, pineapples, flowers and green plants. 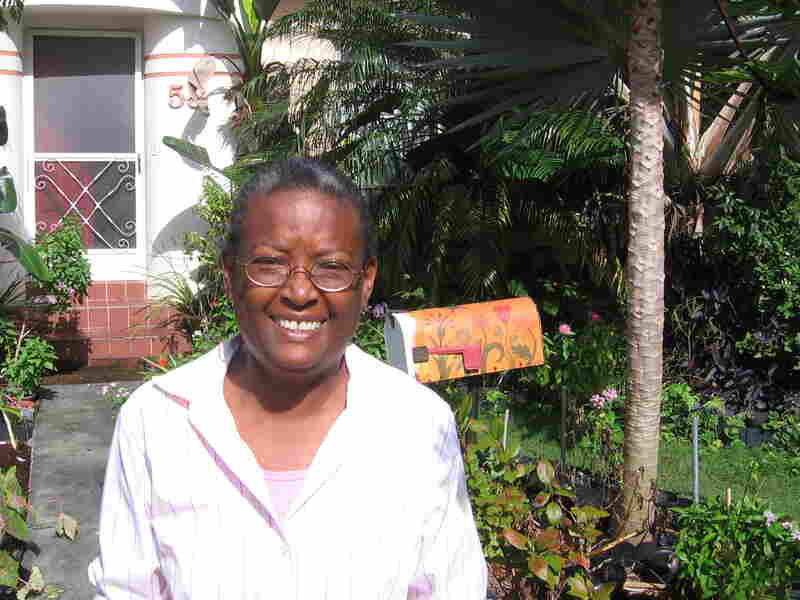 Hermine Ricketts says she gardens for the food and for the peace it brings her. Greg Allen/NPR hide caption 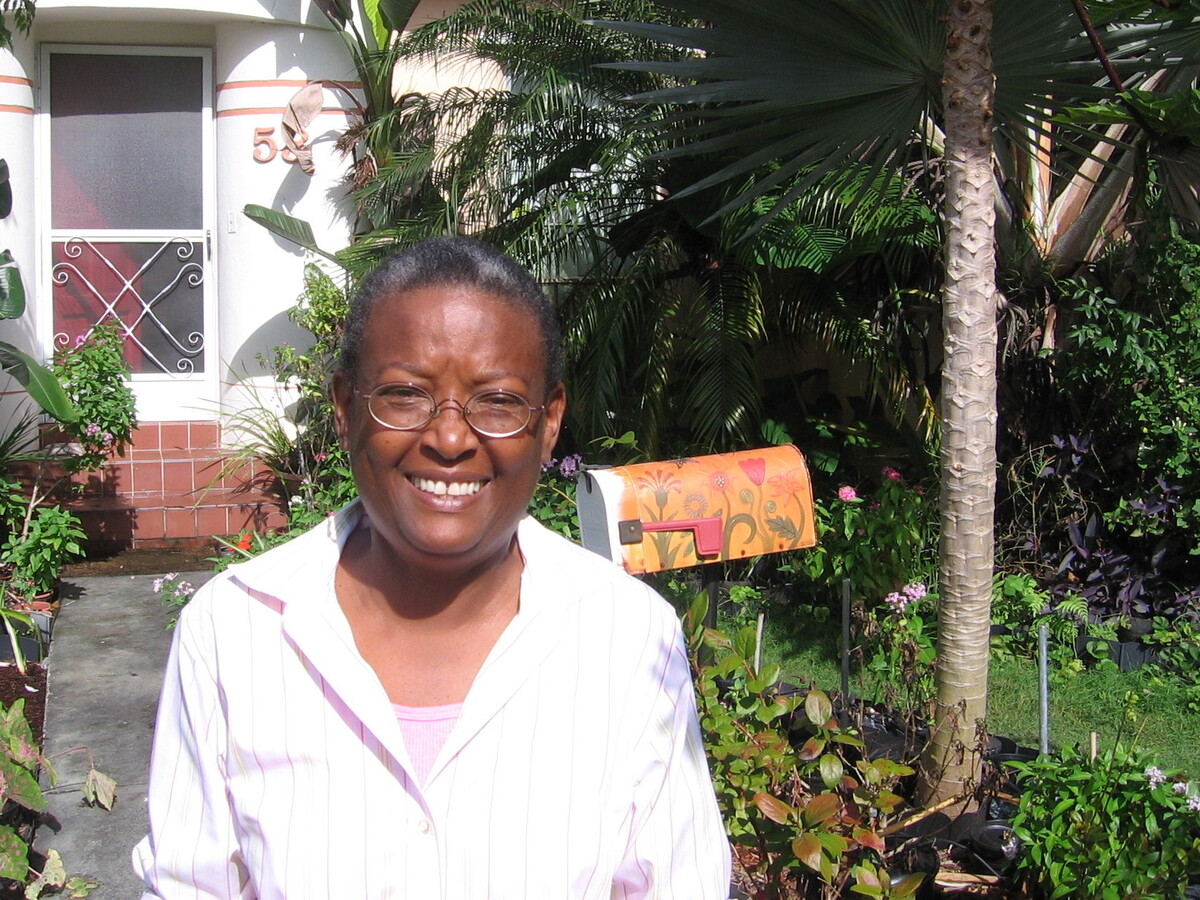 Hermine Ricketts says she gardens for the food and for the peace it brings her.

But noticeably absent is anything considered by Miami Shores to be a vegetable. That's because earlier this year, after tending her garden for 17 years with nothing from the neighbors but compliments, Ricketts was ordered to dig up her veggies.

She says she was surprised several months ago when a zoning inspector stopped by.

"He told me I was not allowed to have vegetables in the front yard," she says.

Under a zoning ordinance tightened last spring, residents in Miami Shores are not allowed to have vegetable gardens in their front yards. In August, Ricketts went before the town's code enforcement board to protest, but board Chairman Robert Vickers was less than sympathetic.

The board ruled the vegetables must go. The zoning inspector told Ricketts which plants she had to pull up. She complied, but wasn't done with her fight.

She contacted the Institute for Justice, a national advocacy group that has fought numerous legal battles over the years on property rights issues. Last month, the group filed a lawsuit against Miami Shores. A lawyer with the group, Ari Bargill, says the ban on front-yard gardens violates a state-guaranteed right to use and enjoy property.

It's a right that he says can only be restricted for very good reasons.

"And that is not the case with a ban on vegetables. You can plant fruit, you can have flowers, you can adorn your property with pink flamingos — but you cannot have vegetables," Bargill says. "That is almost the definition of irrationality."

Town officials say they responded to a complaint they received about Ricketts' garden and that the law is clear. The town's lawyer says he's confident the ordinance will stand up in court.

But that may be almost beside the point. Since filing her lawsuit, Ricketts has drawn lots of media attention, both in South Florida and across the country. Town officials say they've received death threats — including an email in which someone penciled Hitler mustaches and swastikas on photos of village council members.

Last year, the city of Orlando was involved in a similar dispute with a home gardener there. After months of coverage that generated protests from gardeners around the country, Orlando relented. It's now rewriting its rules to allow vegetable gardens even in the front yard.