Accessibility links
When Craft Beer Goes Global: A Kansas City Brewery's Tale : The Salt Boulevard Brewing has become a Kansas City staple since its founding in the 1980s. It has many loyal local fans — and soon, a new international owner, Duvel. The deal says a lot about how the world now values a product made with a firm sense of place. 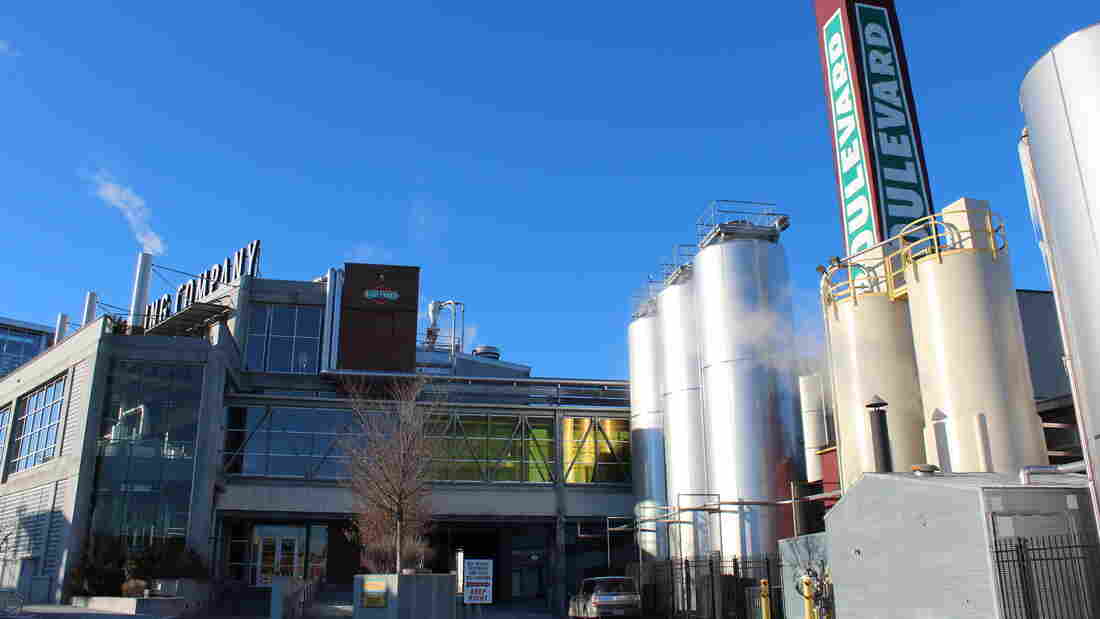 Boulevard Brewing Co. has become a staple of the Kansas City community since its founding in the late 1980s. Frank Morris/KCUR hide caption 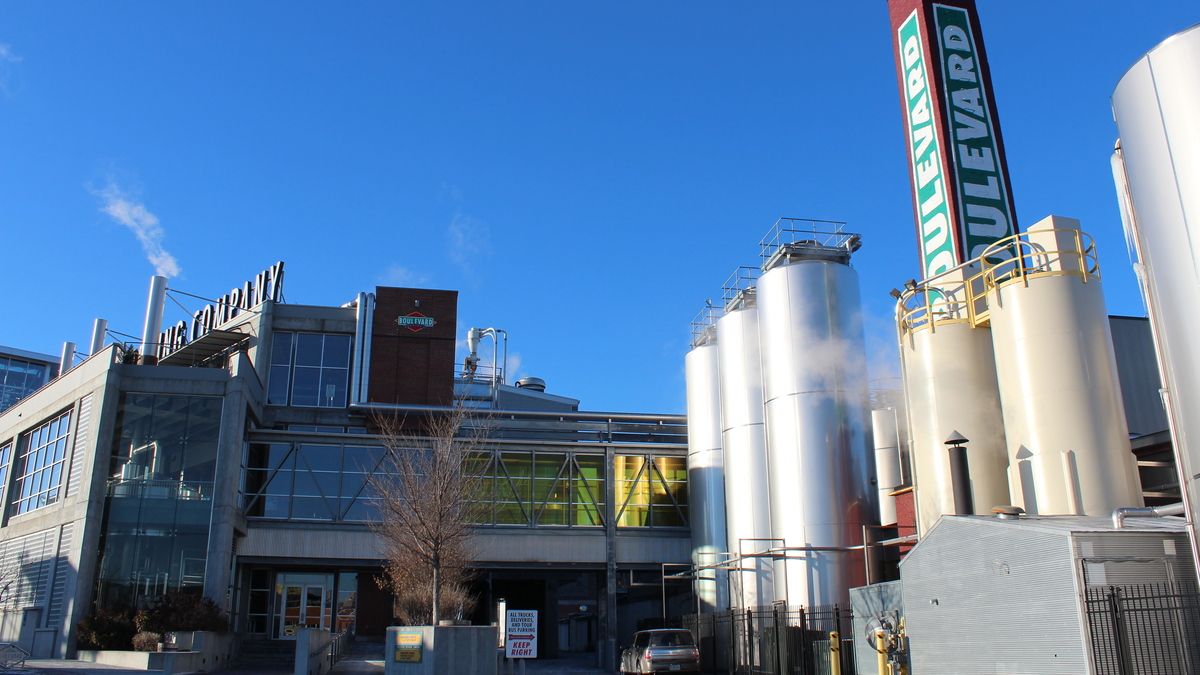 Boulevard Brewing Co. has become a staple of the Kansas City community since its founding in the late 1980s.

Kansas City residents are proud of their barbecue, their Chiefs football, their national champion soccer team and Boulevard Brewing, a local brewery that has built up quite a local following since its launch in the late 1980s.

"It's our thing. You know, like la cosa nostra, it's our thing," says Char O'Hara, a Kansas City, Mo., resident who, like thousands of other local 20-somethings, grew up with Boulevard.

But soon, it will be a Belgian thing, too. Any day now, Belgian beer maker Duvel is expected to finalize its purchase of the Kansas City brewery.

The deal to buy Boulevard Brewing says a lot about the transformation of the American craft beer industry — and just how much the world now values a product with a firm sense of place.

O'Hara is a little leery about Duvel taking over her brand. "These people came from the outside, and took something that's native to us, and it's kind of a bummer," she says. "It makes the future uncertain."

But John McDonald, Boulevard Brewing's founder, sees things differently. "I think a lot of people were kind of shocked at the news, and I kind of knew that would happen." 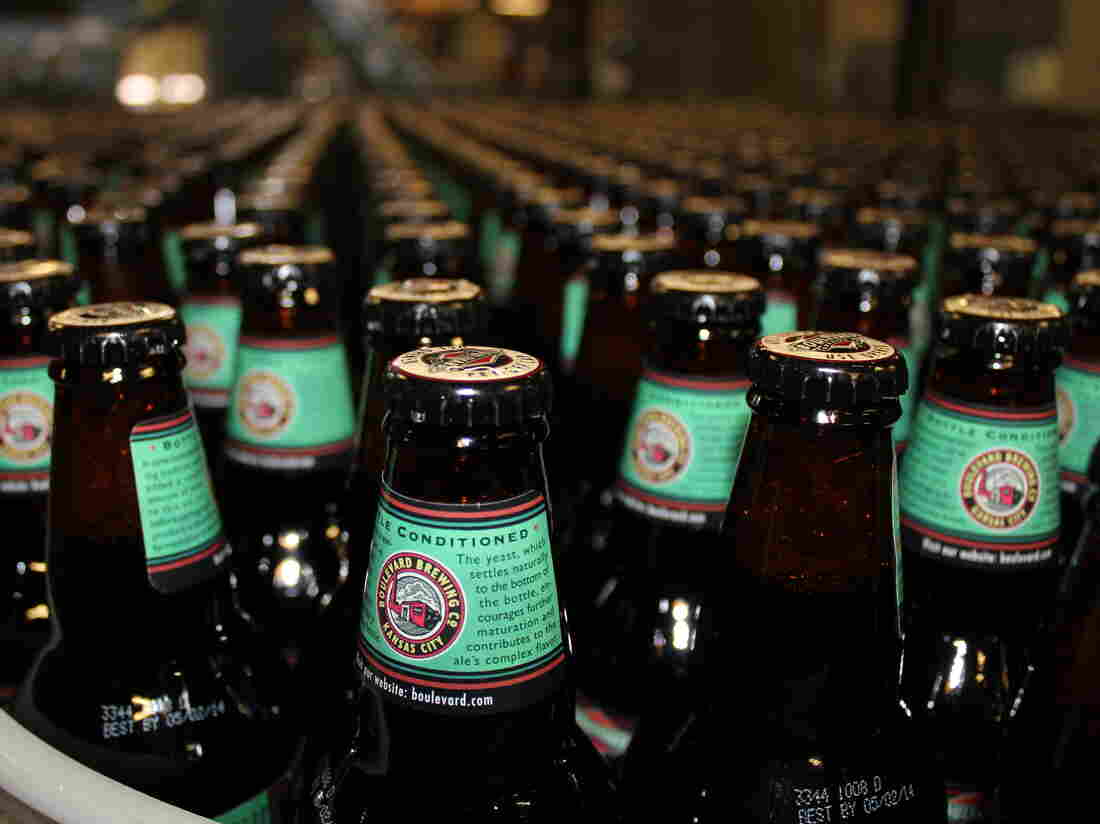 He's been building Boulevard's brand loyalty since the company's conception in the late 1980s, and he helped make the American craft beer industry from scratch.

"We didn't have a lot of rules about the types of beers we made. So, we stole ideas and invented things from every brewing culture in the world, we mishmashed them all together," he says. "We're all pushing ourselves to keep in the cutting edge of that."

The reputation of American brewers is that they will try anything: spices, nuts, coffee, bacon, aggressive combinations of hops and malt and elaborate production techniques. They have to. American beer lovers have come to expect and demand top quality and creativity.

"Twenty years ago," McDonald says, "I would tell you that Belgium was the greatest brewing country in the world. And today I would say it's the United States."

"It tells you how much it's changing, that you've got a Belgium brewer coming in and snatching up an American craft beer with the intention of taking it global," Crecca says.

Most of the bottles of Irish Ale that jostle down the Boulevard production line today will stay in the Midwest. But Simon Thorpe, who runs Duvel Moortgat USA, the American arm of the Belgian company buying Boulevard, says Kansas City's identity will help sell this beer worldwide.

"People really want to know where things come from," he says. "They want to have an emotional connection to the brewery."

But when the local legend goes global, what happens at home? Loyal customer Sam Anderson is pondering that over a glass of ale in Boulevard's tap room.

"You know, after I heard more about the details and the company that bought them and everything like that, it seemed like, well, it's OK," he says. "I still hated to lose a pure Kansas City product, but it's OK."

Duvel promises to help Boulevard make and sell more beer. But otherwise it pledges to pretty much just leave Boulevard alone, as it tries to strike a delicate balance between marketing Boulevard beer to the world and keeping it real at home.