Accessibility links
They're Back! Chesapeake Oysters Return To Menus After Rebound : The Salt The Chesapeake Bay once supplied most of the nation's oysters, but overharvesting and disease nearly wiped them out. Now, major public-private efforts to re-establish the oyster as a quality local food product appear to be working. And chefs say the results are sweeter than oysters from other waters.

They're Back! Chesapeake Oysters Return To Menus After Rebound

They're Back! Chesapeake Oysters Return To Menus After Rebound 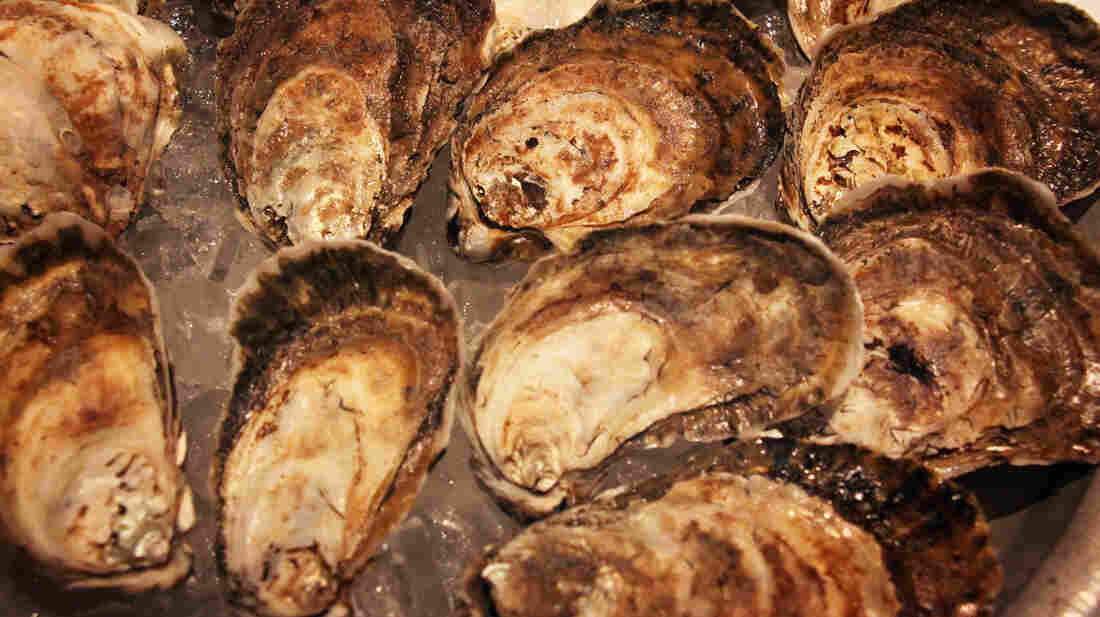 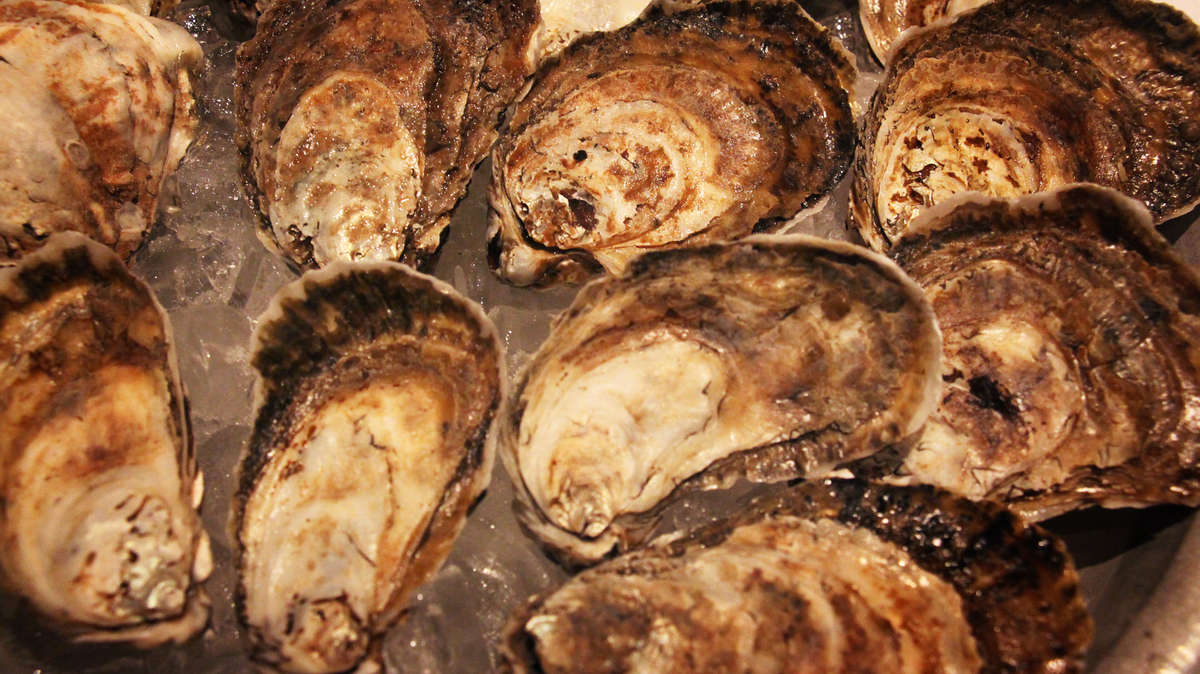 The history of the Chesapeake Bay oyster hasn't always been a pure one. So you could forgive a chef for being skeptical about the big bivalve comeback being staged in D.C. and the surrounding area this winter as oyster season gets underway.

But many mid-Atlantic chefs are actually cheering. That's because a major public-private effort to re-establish the oyster as a quality local food product — as well as a weapon against water pollution — seems to be working.

Old Ebbitt sells more than a million oysters a year. Increasingly, some of those are coming from nearby waters. That local label, he says, is a big draw for customers.

"At our restaurants, we sell up to eight oysters at a time, but I definitely see people asking more for local oysters," Stickel says.

There's also the matter of taste. "They're very sweet. They're creamy. It's just very different than a northern oyster, which tends to have a higher salinity," he says.

Stickel and many other chefs around the region are betting that distinct flavor will beckon oyster lovers — and perhaps even mint new ones: They are signing a pledge to put Maryland oysters back on the menu.

So why did Chesapeake oysters disappear from menus in the first place?

Back in the early 1900s, the Chesapeake Bay produced most of the country's oysters. They were so plentiful, they were considered food for the poor.

"But like most things man touches... we screwed that up," says Bart Farrell, director of food and beverage for Clyde's. He has worked for the company for 30 years. He spoke to us at an event to publicize the local oyster pledge earlier this week.

The bay's oyster population plummeted as overharvesting, disease and fraud all took a heavy toll. Infamous "ship and dip" hucksters would harvest oysters from warmer, more disease-prone waters down south and set them in the bay for an hour or a day, then pass them off to unsuspecting restaurants as "local," he says.

By the 1990s, the haul had dropped to just 1 percent of what it was in the bay's heyday. And reports of oyster-related illnesses were making headlines on a regular basis. So much so that when the owner's daughter got food poisoning, Old Ebbitt Grill stopped selling oysters for a few years to develop safety standards.

When the bar reopened, it had replaced the local oysters on its menu with bivalves from well-established oyster harvesting areas on the West Coast, in Maine and on Prince Edward Island.

But in the past few years, as The Salt has reported, a handful of watermen have teamed up with scientists to repopulate the bay with oysters born in labs and planted on underwater farms. And the Army Corps of Engineers has been tasked with restoring the Chesapeake's oyster reefs to pre-1900 levels.

David Schulte, a marine biologist with the U.S. Army Corps of Engineers, developed a small reef area to provide a habitat for oysters in one of the Chesapeake Bay's tributaries. It's one of several public-private efforts aimed at restoring the bay's oysters. Read more about that project. Elizabeth Shogren/NPR hide caption

David Schulte, a marine biologist with the U.S. Army Corps of Engineers, developed a small reef area to provide a habitat for oysters in one of the Chesapeake Bay's tributaries. It's one of several public-private efforts aimed at restoring the bay's oysters. Read more about that project.

Now those efforts are starting to pay off with this year's harvest, says Tim Sughrue, vice president of Congressional Seafood Co. Inc., in Jessup, Md. The company works with oyster farmers and other seafood producers to sell seafood to restaurants, hotels and supermarkets from Richmond to Baltimore.

Oyster spat — the larvae — sell for a fraction of a penny, he says. But once oysters mature enough to harvest, each one can fetch 40 times that much, he says.

There are 13 oyster farmers in Maryland now, Sughrue says, and more than 300 have applied to the state for leases. "If we help make these 13 growers successful financially," he says, "there will be hundreds, if not thousands, to come behind. And they in turn will grow millions and billions of oysters that will filter trillions of gallons of water."

One of those growers is Tal Petty of Hollywood Oyster Co. in Hollywood, Md. Petty says he got into oyster farming for fun.

"This is a hobby grown amok," he says. "I've been doing this for almost 10 years, and the company is three or four years old."

Petty named his signature oyster "Sweet Jesus." And it does taste sweet — not briny.

Through a combination of working with wholesalers and old-fashioned legwork, he has convinced chefs to sell his oysters at several restaurants in Baltimore, including the hyperlocal-focused Woodberry Kitchen.

Petty says recently he has been able to turn a profit and draw a salary.

But are there enough Chesapeake Bay oysters to make it worthwhile for more chefs to put them on the menu?

In fact, about one-third of this year's harvest has been shipped down to Louisiana, where the oyster industry was decimated after the Gulf oil spill, he says.

As the Chesapeake Bay oyster comes back, he says, the next step might be rebuilding the processing plants that once ringed the shoreline.

"One-hundred-and-fifty years ago, the oyster industry employed 30,000 people around the bay, and gross revenues were $50 million a year. That's in 1870. I can totally see where we can achieve that again," Sughrue says.